Agaaze proves that pace is the trick in his electro-pop-meets-neo-psych single, Take it Slow

The New York-hailing multi-instrumentalist and producer Agaaze is fresh from the release of this debut 7-track EP, A Portal Inside, which features the eclectically progressive, Take it Slow.

Take it Slow was curated to prove that when it comes to progress, pace is the trick. The progressive single starts with the downtempo, dreamy textures you would expect from a track under such a name. By the time Take it Slow reaches the outro, expect to find yourself in a trippy, psychedelic rabbit hole that is structured by Agaaze’s soulfully sweet magnetism and the sheer range of his experimentalism. At the age of just 19 years old, his songwriting talent transcends the majority.

The world will never see another David Bowie for the simple reason that they’d rather place icons on pedestals and believe independent artists can never reach them. As far as we’re concerned, Agaaze came pretty damn close with Take it Slow.

Watch the visualiser of Take it Slow on YouTube or add it to your Spotify playlists.

Zara Shahzad takes us through a dream-pop descent with her latest single, Fall from Grace

Any fans of Desperate Journalist and Cultdreams will undoubtedly want to add Fall from Grace to their new wave shoegaze and dream-pop playlists.

Fall from Grace is now available to stream on Spotify.

Taken off her new 4-track EP called ‘Letters to Myself‘ that includes relevant topics all about self-identity, depression, growing up, letting go and holding on, Ari Voxx is at her most complete self with the reflective 2nd single ‘Brown Eyes‘.

Previously known for her lusciously beautiful jazz and enchanting neo-soul vocals, Ariana Harbin aka Ari Voxx is a jazzy dream-pop solo artist who bases herself in DC, USA.

”I know this song is long, and it doesn’t have the catchiest hook, but it’s the song I’m most proud of, and genuinely represents me as an artist.” ~ Ari Voxx

Performed with a dazzling array of authentic compositions that is entirely her, Ari Voxx shows us her wonderful skillset here with a track that shows us exactly who she is. After feeling like she was caught in two race-oriented worlds for too long, perhaps this is the mental breakthrough that brings her into a happier world where she is at ease no matter who is around.

‘Brown Eyes‘ from the DC-based indie dream-pop solo artist Ari Voxx, shows us an honest flashback to her life growing up as she tried to fit in. This is a brave young woman who just wants to be loved and feels the pain of what happened before, as she sings with such an exquisite manner that is so classy. No matter who brushed her aside due to the colour of her skin or how she acted due to her influences, this shows the bravery of someone that refuses to be put into any box. This is the sign of a true artist who makes that nostalgic kind of music that needs to be admired by anyone who has had struggles in life.

Hear this important new single on Spotify and see more via the IG music page.

Goonmetal has released his addictively authentic alt-indie single, For the Moment

With the same floods of bleeding reverb as Slowdive and My Bloody Valentine mixed with the indie jangle-pop melodies and trap pop sensibilities, Goonmetal’s latest single, For the Moment, featuring Treistemm, is a fiery feat of constraint-less experimentalism. It hits the visceral spot whilst leaving you utterly transfixed in the aural chaos as choral tones come up against caustic ones.

The white-hot guitars cut through the mix just as efficaciously as they did in Interpol’s debut record. But there is an accessible lo-fi edge to all of Goonmetal’s tracks that prove his interest in commercial success fell by the wayside as the need for expression took the lead throughout his creative process.

The 18-year-old Glastonbury, CT-hailing artist is a self-taught artist who has made every beat from scratch since making his debut in 2019. He knows exactly how to amplify the raw emotion that is projected into his music. For that reason, he will remain firmly affixed to our radar throughout 2022.

For the Moment is now available to stream via SoundCloud.

With plenty of gorgeous wobbly tape echo delay around the Iggy Pop-level gruff vocals in the intro, slipping into the latest psychedelic feat of garage rock from Feliz is a blissful trip away from reality.

The fuzz-loving Californian outfit’s latest single, Pocket Cowgirl, is an analog modern love story gone wrong set in a neo-western landscape. It carries the same gritty gravitas as the likes of Alex Cameron and Jack Ladder in the low timbre vocals while Isela Humerez’ dreamy, distorted and poppy vocals add a stunning dynamic to the lo-fi yet succinctly arranged track.

Even after the eccentricity of Pocket Cowgirl has faded away after the first few plays, it still doesn’t disappoint. The ingenuity keeps on pouring like rabbits from a magician’s hat along with the affirmation that Feliz psychologically delved far deeper than most to deliver this sultry ground-breaking release. And the best part? The playful humility shines through just as much as the shimmering guitars.

Pocket Cowgirl is now available to stream, purchase and fall in love with via Bandcamp.

Alyssa Keen & Nickay – thanks but no thanks: emboldening ‘over you’ indie pop

For her latest single, singer-songwriter Alyssa Keen teamed up with Nickay to create the ultimate emboldening ‘over you’ track “thanks but no thanks”

Alyssa Keen’s natural, elysian and airy vocals make it all too easy to succumb to the soul in the romantically scorned track that reminds the listener how sweet it is to take back emotional power over yourself.

Around the easy acoustic guitar chords are stunning nuances of shoegazey indie and elements of style that fans of Kurt Wilde will instantly want to melt into. The single is so much more than your average bitter and coming age of single. Alyssa Keen’s motivation to pull optimistic perspectives out of the bad to enlighten the world is enough to restore your faith in humanity.

thanks but no thanks is now available to stream on Spotify.

Electronica artist and producer GASP has released his ethereal debut album, CHILL FOREST MIX, which takes aural escapism to a whole new level. The Tampa-based artist fused his love of future bass, funk and classical into the ambiently explorative works that are quite literally a breath of fresh air for their embodiments of nature.

The standout single, Qualified, sets itself leagues apart from the predictable dystopic tracks that have flooded onto the airwaves recently. Qualified keeps its humanity and autonomy through the quiescent vocals which sporadically appear between the uniquely structured progressions. If you can imagine what Hozier would sound like if they became a ghost in the machine, you’ll get an idea of just how soulfully haunting the vocals are in Qualified. Instrumentally, it breaks a new aural boundary with every new evolution in sound.

Qualified is now available to stream with the rest of CHILL FOREST MIX via Spotify. 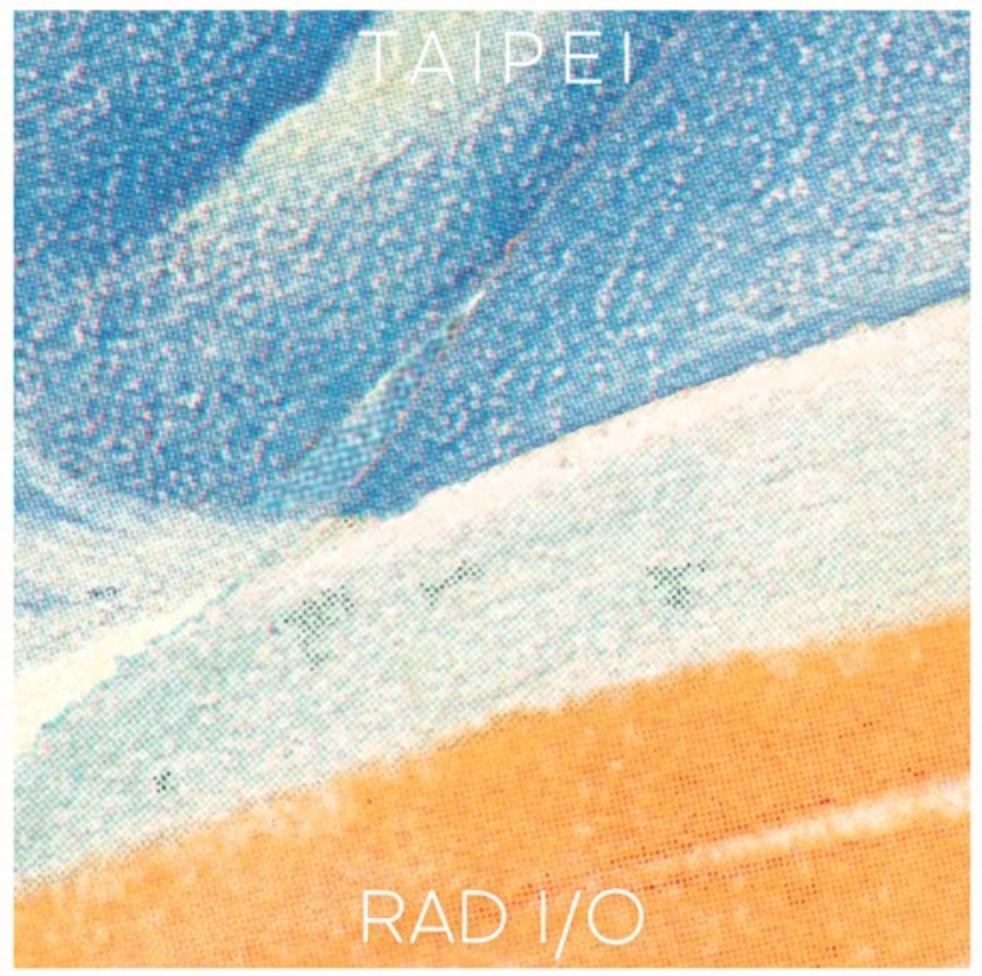 The galactically spacey feat of indietronica will officially release on November 26th, bringing with it swathes of hypnotic tonal bliss, and perhaps the most finesse you’ll ever find in autotuned vocals. RAD I/O succeeds in making the single more than the sum of all of its parts while finding intrinsic synergy between the vocals and the dreamy, psych-pop grooves.

Madeline Jaina – Counting Sheep: an indie noir pop track that goes out to the insomniacs

Singer-songwriter, multi-instrumentalist and performer, Madeline Jaina carries the sandman’s essence in her latest single, Counting Sheep, which goes out to her fellow insomniacs.

The dark flamenco vibes from the guitars feed into dreamy, reverby, echo delay creating a wavy ambient platform for the Ohio-born, New York-based artist’s soulfully old school vocals to harmonise with. Even the non-lexical-vocals between the poetically composed lyricism draw you deeper into the soul of the indie noir pop track that delivers mesmerising escapism. For the entire duration of the transfixing single you are granted a rumination reprieve.

Counting Sheep will be available to stream from November 5th. You can check it out via SoundCloud.

Astroblue Express invite you to let love in through their cinematic dream pop single, Welcome.

We are stoked to see the return of the New York-residing duo Astroblue Express after their trippy ethereal tones in Cotton Candy Dreams gave us a potent dopamine fix earlier this year.

Their latest single, Welcome, is an artfully composed feat of cinematic dream pop that weaves a conceptual narrative of optimism through the pulsating downtempo electronica beats. Welcome is for anyone who has scolded themselves for being naïve in the past and find themselves unable to trust in the present through fear of future pain. In its essence, Welcome is an invitation to let love in again. After being exposed to the gently layered vocals, soft transcendent crescendos and lyrics that pull you into a brighter perspective, how could you possibly refuse?

Welcome is due for release on November 5th. You can check it out for yourselves by heading over to Soundcloud.