‘Slop’ from Australian band Horse Meat! is so authentic and deserves a listen

‘Slop‘ from Horse Meat! is the self-confessed ugliest parts of new wave electro and the most fetching parts of post-punk, all combined to make the most intriguing effort of 2020 so far.

Melbourne, Australia must be proud of an act like this, they grab you so close and toy with you almost. This is about gaining respect, the air needs to change and the world needs to be so much kinder.

With the vivacious vocals written and performed by the outstanding Annie Fox, this is a whirlwind of a song that leaves you wanting more. Produced in the spare bedroom at Gooch St, the blends the cruelness of humanity and the beauty at the same time. An acclaimed feat indeed as so many issues face our world.

‘Slop‘ from Horse Meat! is a call for us to be better, do things with a meaning and be happy. The solos are so electric, the energy is striking, the beat keeps you in the loop always. The glassy sound is so different and you realize that this is an experience. Life is so vivid and this is an experience. A rare one of such genuine music in a toxic world with acid re-flux.

Trix Wavey slicks the streets with the exciting new single called ‘Drip from My Feet‘.

There is a happy start here and soon we are interlinked into the whole vibe here. The plain white t-shirt is on and the nails are looking fly as hell. This is a dance song that has a woah factor. A feeling that hardly happens these days but when it does, good things happen.

The flow is so slick the hair gel might run out. This is that late night vibe, drinks are being sipped in a fun fashion and the night is alive. There is a stylish energy here and the mellow beat reflects this peacefully, this is music to vibe with and not feel too stressed out.

East London’s Trix Wavey is on a fun vibe here on ‘Drip from My Feet‘, a pop song that will be stuck in your head for hours. This a song about making sure that you look good. Having fun too. 2020 has been a crazy year so you need to keep things loose.

Head here to the Spotify link. 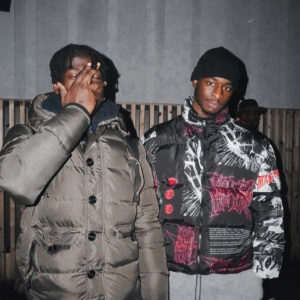 ‘Lone Wolf‘ from Christelle is a real electro-soaked story about toxic people and staying true to yourself. A real tale of life.

This song is about thinking you are better off alone, you are tired of toxic people around you and just need a break. New friends will come but you need lots of time to be out there in nature, listening only to birds and other animals. Not fake stories and pointless gossip. This is your time to get away and learn to be fully independent.

You would rather we alone than misbehave and be in pain. You like making the decisions and have been hurt before by people that have showed their selfish side and you are taking a stand.

‘Lone Wolf‘ from Christelle is a quality new single from an artist who sings with such strength, the lyrics bite hard and you know that this is a song that is made with truth.

‘Hell Of A Summer‘ tells the story of a lost time from Joelmalka and this electronic-dream transports us into a different galaxy. It’s been a rough summer but this is track we need to unlock now, with our sunglasses on and beverage real cold.

It is so nice to have someone to talk to, your year has been so fragmented and confusion. Scary too. Luckily we are blessed to have a top notch song with this sun-soaked ray of a track. This is about wanting that personal tough, to speak to your loved ones properly and without fear.

‘Hell Of A Summer’ from Joelmalka is a journey beyond the tough year, you missed speaking to people and carrying on as usual. This is a beautiful track that was made with real love and hoping that 2021 is a much better year. The volume is up high here, the sun is hot and the beat keeps us real cool and fresh. This talented producer has put together a song that cooks the temperature up and reminds you of summer.

If you could imagine what it would sound like if Alanis Morrissette started an Indie Post Punk band, you’ll get a good idea of what you can expect when you hit play on the latest track by Dylan Taylor & Hippie Speedball.

“Don’t Think Twice” is a smorgasbord of delectable aural magnetism. Your attention is pulled in a myriad of different directions with every progression. The deftly produced single is as dynamic as they come. The stunningly distorted guitar solos, the engorging tight instrumental synergy and of course, Dylan Taylor’s transfixing vocal range, Don’t Think Twice is a track which truly spoils you. That’s before you even factor in the striking emotion which is projected through the vocals and lyrics. Your soul would have to be defunct not to register the viscerally ardent emotion in Don’t Think Twice.

You can check out Don’t Think Twice for yourselves by heading over to Spotify.

Lonesome Rhodes is an exciting Austin-based musician and this sound is time-travel pop which helps stir the perfect tonic in 2020 with ‘Bad News‘.

Texas artist Kevin F. Johnson is the mastermind behind this incredible sound that is show-stopping with an all ages appeal. There is lots of glitz and glamour here but you can also feel that this is a down to earth musician with talent oozing from the dance floor. The singing is so vibrant, he clearly has style and charisma. This is that happy Pop music that will get the whole family singing, the smooth sounds are incredible.

‘Bad News‘ is a tale of realness from Lonesome Rhodes as the story of watching your friend back is needed. She is trouble and you have warned with your words but will it be enough is not clear.

The vocals are crisp and well-sung, this is a classy performance that has you in a god place. You get the feeling that this is an artist on the rise through a music barrel, this is a scrumptious effort for our ears. Lonesome Rhodes is fantastic on ‘Bad News‘.

From the first vocal note in Pop artist Theofania’s latest single Heart Break Free, the sincerity becomes palpable, as does the sense that you’re about to embark on an emotional rollercoaster. When the chorus hits, you definitely won’t be disappointed.

Starting off with a melancholic offering of introspection, Heart Break Free offers immediate depth and compassionately shares resonance with heartbroken. Yet, for the choruses, Theofania opted for high-vibe bass-driven energy which affirms that even if you feel like you’re drowning in apathy, the clouds will break, just like the chorus.

It’s tracks like Heart Break Free which really put into context the emotions, which if left unchecked, can ruin our self-esteem. With that in mind, Theofania’s Pop hit is worth its weight in aural gold.

You can check out Theofania’s single via Spotify. 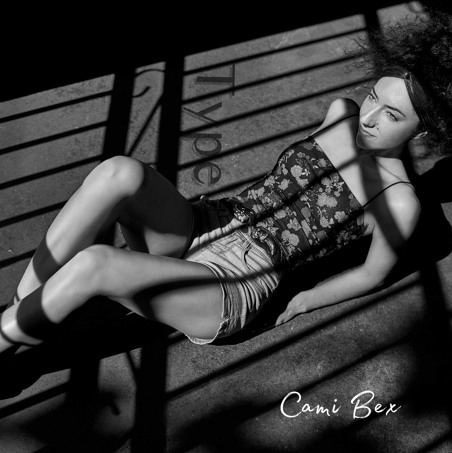 While some artists think that they need to be misandrists or crass to create feminist Pop hits, Cami Bex chose to utterly own her sexuality with some tongue-in-cheek attitude. And there’s even deeper lyrical context if you look past the flirty vibes. Type offers a nuanced assurance that even if you are messed up, you’re someone’s idea of perfection. If we’re all being a little honest with ourselves, we all need to hear that from time to time.

With producer Jordan Leonard on-side for her debut, Type was never going to fall flat. We’re stoked to hear what comes next.

Type is due for official release on November 6th. You can pre-save the single via this link.