Umberto Bravo pulled the purity out of salaciousness with his sophomore synth-pop single, Sacred Sinner

The mid-tempo ballad embellishes the 80s pop sound with gospel traditionalism through the vocals as the instrumentals push lush synth cords against consistently evolving guitars, which know just where to transfuse the gritty and transcendent tones to make the peaks and valleys of the emotional rollercoaster infinitely steeper.

Some view lust as a cardinal sin, but if anyone can make the case for the purity of salaciousness, it is Umberto Bravo in this carnally magnetic earworm that could rouse even the most sexually repressed puritans.

“Sacred Sinner is not a love song, let alone musical pornography. But it certainly goes against the traditional dynamic of the relationships of equality that exist between two people dealing with intimacy.”

Sacred Sinner was released on January 14th across all major streaming platforms, including Spotify.

Escape into the retro-futurism of tad valente’s synthwave world, take it away

Torrance, California-hailing independent songwriter and producer tad valente, took his listeners on a retro-futuristic sonic trip with his latest escapism-aiding release, take it away.

The playfully ambient melodies chime with purpose as they lead you through the experimental synth wave progressions, which fuse video game-esque aesthetics with an innovative twist on pop. The symphonic synths amalgamated with the chiptune textures and glitchy trip-hop motifs create an affably-sweet atmosphere that is impossibly easy to melt into and vibe with.

Clearly, valente is no stranger to taking control of his listener’s rhythmic pulses to lull them into a state of arrested appreciation of his intrinsically unique sonic signature.

take it away was officially released on December 2nd; stream & purchase it on Bandcamp.

Alt-electro-pop artist, Tontine grabbed a pack of matches and set hearts alight with his debut EP, I. For all the diehard romantics out there, come and feel the heat of this evocative triumph of a 3-track release which radiates stylised soul.

The opening single, If I Could, goes in heavy on the exotic euphoria in the uniquely layered single. As the bass oscillates around the reverb-heavy synth lines and soft angular guitar work, the romanticism within Michael Walden’s vocal lines elevates the release to transcendent heights.

In track two, NIFE, Tontine revolutionises and reforms the pop ballad with the ethereal textures, flurries of intricate piano keys and yearning vocals that meld into the blossoming synthetics to prove the beauty in vulnerability. Grief is a deeply personal experience, but the losses mourned in NIFE share a universal resonance.

The concluding single, Only the Once, is a glitchy avant-garde dream-pop lullaby that allows soul to simmer through the complex chord progressions and lyrics, which crave a repetition of an act never destined to become a reprise.

“This is the first of three EPs I’ll be putting out over the next 12 months consisting of music I’ve been working on for a few years now. I want to showcase what I can do as an artist who writes, records, produces, and mixes everything themselves. This first collection of songs is centred around the theme of loss in various forms, and is a taste of bigger things to come.”

Alluding to the shackling nature of toxic dynamics to the tune of lush reverb over Avant-Garde pop synths, Amber Jade Smith’s single, Chains, painted her as the PJ Harvey of her generation.

The South Wales-born Devon-based artist takes influence from Stevie Nicks, Daughter and Radiohead, but evidently, her sonic signature has never been scribed before. Lyrically the artist that has garnered airplay from BBC Introducing, Remembering the 90s, XRP Radio, Riviera FM, and EatMusicFM finds inspiration from her early traumas and battles with mental health.

Based on Chains, Amber Jade Smith will undoubtedly help others process their own grief and trauma. Beyond the artistry and cleverly resonant wordplay, there’s ample opportunity to find redemption within the ethereal layers of Chains which practically operates within the realm of the sonically celestial. Her devilishly demure vocal presence is well and truly something to behold.

Chains officially released on October 28th; check it out on Spotify.

Iris Brickfield’s ‘Cherries’ is some of the sweetest synth-rock we’ve sampled in 2022. The Newcastle upon Tyne duo run their dreamy indie pop vocals over the lush sweeping synths and honeyed choral guitar lines to create an 80s ethereal atmosphere that comes with a contemporary Adrianne Lenker-Esque kick and swirling reminiscence to Pale Saints.

It comes as no surprise that Iris Brickfield has been selling out venues on their home turf after gaining over 10k streams with their debut EP, Hold on My Lovers, which was released in 2021. They melodically toe the line between nostalgia and trend-carving innovation with gracious gravitas scarcely seen in the indie scene.

Cherries is now available to stream on Spotify.

Life is but a melancholic dream in ALCHA’s candied cinematic alt-pop debut, Steady

‘Steady’ is stylishly cinematic alt-pop debut from the Parisian singer-songwriter, composer, and producer ALCHA (Alec Chassain), who amassed ample creative inspiration during his time in London before getting to work on his introspective dream pop project in 2021.

With the melodies containing blisters of Beach House and a touch of Grandaddy, ALCHA orchestrated a refreshingly original soundscape to pour his uninhibitedly honest vocals into, which will undoubtedly be a hit with any fans of John Grant. Although, admittedly, ALCHA boasts infinitely more affability than John Grant in his nuancedly quirky vocal delivery that rings with a sting of melancholy. Yet, Steady is the ultimate testament to his ability to pull luminous creativity out of dark spaces. If Steady doesn’t give you a soft spot for ALCHA, you’re officially made of stone.

Steady was officially released on November 4th. It is now available to stream on SoundCloud.

With scratchy Covenant-Esque synths and atmospheric beats that build a portal of 80s nostalgia, Autoleisureland’s seminal electro-pop single, Infiniti Drive, is a ride you will want to take time and time again. While the crooned vocals bring the stylistic indie soul, the brooding groove-deep beats take the steering wheel with your rhythmic pulses.

Autoleisureland may be new on the retro-modern synth-pop scene, but the Sunderland, UK-based founding members Paul Woods and David Brewis earned their electro stripes in the critically-acclaimed indie-soul band, The Kane Gang before launching the title single from their upcoming debut album, which is due for release on November 25th.

Infiniti Drive was officially released on October 14th. Check it out for yourselves on YouTube. 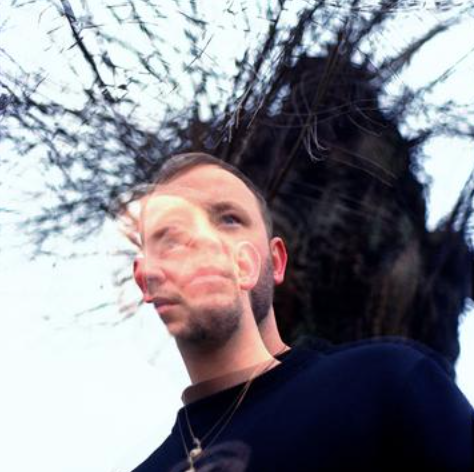 The Danish breakthrough artist Martin Buster laid it all bare in his panache-pierced feat of modernist pop, Drop. Atop the world music rhythms that add vivid colour to monochromatically dark electro-pop soundscape, Buster implants lyricism that encompasses the pain that transpires through giving everything and still not giving enough.

“Hurts with every drop that falls” around the hymnal non-lexical vocals beautifully epitomises how much of yourself you can lose in a relationship that constantly tells you that you’re not enough. Ironically, you just can’t help falling in love with him in this masterfully produced release that shows the true beauty in vulnerability.

Drop will officially release on October 21st. Check it out on Spotify.

Posted on 15 October 2022
Norwegian artist F/L/P couldn’t be more of a force to be reckoned with, especially on the basis of his latest single, Ride With Ya, which was written and recorded with the USA artist DAMOYEE over the course of the global lockdowns in bitter-sweet anticipation of the world reopening.
The bass-heavy 80s synth pop track will undoubtedly be a hit with fans of Tame Impala or anyone that can resonate with the overarching themes of isolation and separation. The single efficaciously encapsulates how those yearnings for reconnection can keep us going through the fervid passion in the prominently vivid vocals that dominate the lush sweeping synths that are definitively 80s. The sweetest spot hits with the unexpected but appreciated all the same guitar solo, which riffs even more emotion and gravitas into the synthpop earworm that proves romance isn’t dead, it has simply been isolated.
Ride With Ya is now available to stream on Spotify.
Review by Amelia Vandergast
Older Posts