Shredding the walls down one by one with a totally intoxicating ambiance that shall heighten all your inner senses out of any self-enforced slumber, Sound Animal ravages our previously-innocent ears with his latest track ‘Botulism Cafe‘.

”Botulism Cafe is Noise Metal. Dirty, farty grit to have fun kicking out walls with. Ballsy dissonance from an apartment bedroom.” ~ Sound Animal

There is a fiery explosion of blaring sounds from a truly possessed artist who is in the prime of his career – with the gusting winds of creativity roaring down on him – like a hungry Lion who needs a snack right now as his belly rumbles furiously. The ear-piercing energy is quite overwhelming at times, with a booming speaker-breaking force that is unlike anything heard so far in 2021.

‘Botulism Cafe‘ from the experimental dark doom California-based solo artist Sound Animal, is an almost eight minute experience that shall have your over-stimulated mind feeling rather enraptured with this whole experience. This is loud, brash and in your face, with no let ups for a breath at all. Exactly the way it was intended after all.

Hear this wild new track on Soundcloud and see more via the IG music page.

Jazz and Blues fusionist Ikechi Onyenaka’s latest extended instrumental soundscape, City Dreams, eases you into the twilight grooves gently before the rhythms pick up funk around the smoky jazz timbre. With the next progression, City Dreams moves towards a stormy sax blues riff that rivals the jazz-punk frontman Pete Wareham’s pipes.

In the latter half of City Dreams, psych blues tendencies start to accumulate in the single, in a way that there was no anticipating. The ambience from the intro allows the volatile expressionism to leave you broadsided by the sheer ingenuity. Is there any better feeling than that?

City Dreams is now available to stream on SoundCloud and all other major streaming platforms via this link.

Tim Reynolds & Michael Sokolowski take us on a Soul Pilgrimage with their latest guitar-infused electronica album.

Long-time collaborators Tim Reynolds & Michael Sokolowski have teamed up once more for their guitar & synth duet album, Soul Pilgrimage. The standout symphonic piece, Freighter Hop, carries the dark and ominous textures of post-punk in the ambiently arranged synth lines while the warm bluesy guitar notes transform it into an invigoratingly optimistic soundscape.

If anyone has what it takes to prove that the future of music will be synthesised, it is Tim Reynolds & Michael Sokolowski. Their album was released on August 25th, 2021; it is available to stream on all major platforms; the vinyl release is due on October 31st, 2021.

Stream Freighter Hop for yourselves by heading over to YouTube. 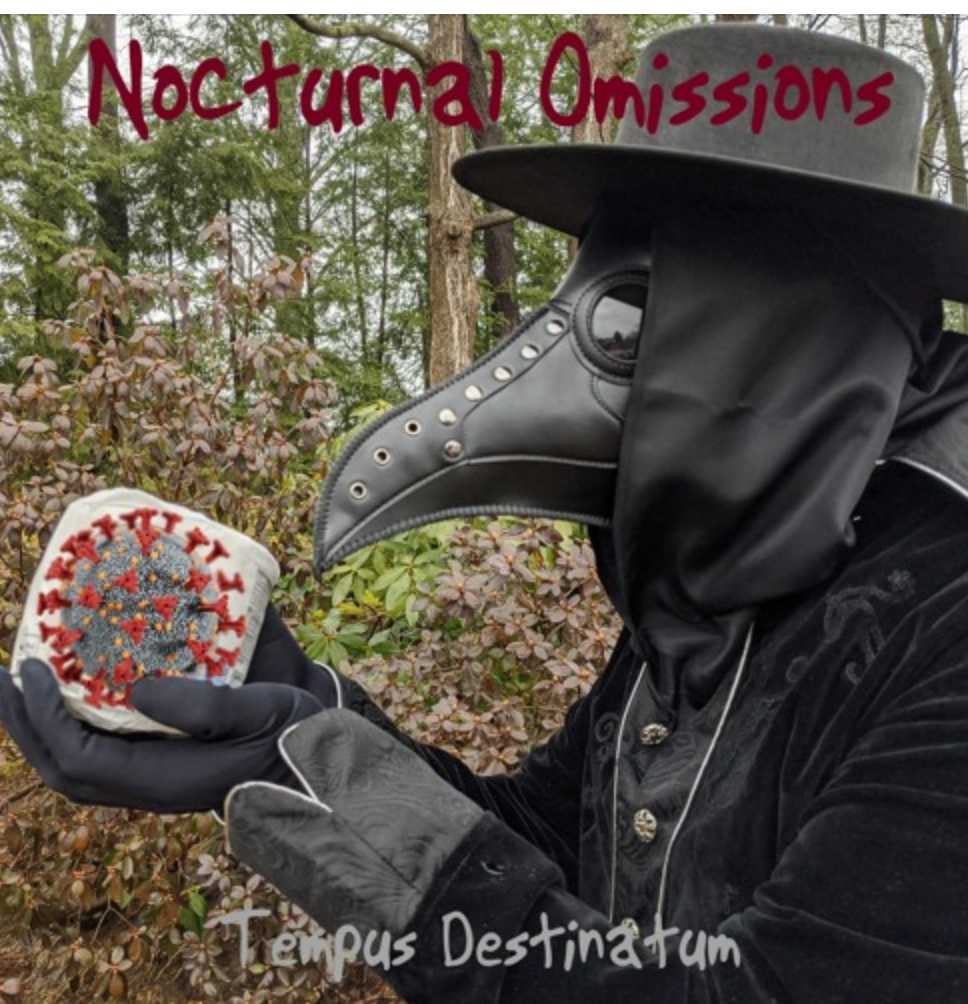 Bringing us a much-needed ray of hope when we all required it the most, Trevor Gerard is at his crystal clear calm best with his latest tranquilizing track that will put you into a mellow mood with ‘Window Pane‘.

Trevor Gerard is an experienced indie instrumental artist and music producer from Perth, Western Australia. He makes a sentimental blend of beautifully created earth-escapes for the fragile soul to nourish on, while we heal from all the recent trauma.

”I put this one together for anyone feeling stuck at one place whatever your circumstances may be. Your moment will come, that window will open and let the breeze back in.” ~ Trevor Gerard

This the heartfelt message of being patient as you wait for your time, as its creation has been sent out with purpose to remind us all that not everything you want happens all at once. In fact, anything truly satisfying is definitely worth the wait as it will be much more exciting, when you achieve your manifested-to-the-stars goal.

”He has previously written, produced and performed music as a member of Perth Electronic Indie outfit Our Man in Berlin.” ~ Trevor Gerard

‘Window Pane‘ from the Perth, Western Australia-based music producer and indie artist Trevor Gerard, is such a peaceful experience, that your whole body suddenly feels much more relaxed than before. His shining quality drifts through like the comforting breeze he intended it to be – as this is a track to play when you need to get away from all the tiresome distractions – that builds up all the unnecessary tension you need to let go.

Hear this lovely new single on Spotify and see more via the IG music page.

True Tranquility: Abandon the Fall guide us to the all-embracing light on ‘Dipper’

Bringing us another sweetly-toothed gem to put under the pillow at night, Abandon the Fall return with another deliciously presented single to munch on delightfully that is off the brand new EP titled ‘In Bloom‘, with the new track called ‘Dipper‘.

Abandon the Fall is a Juan Espinoza-formed indie pop/alt-rock project based in Houston which showcases this extremely skilled artist to open up his wizardry behind the scenes as he makes such serene quality at every turn.

With a lip-licking taste that opens up your dry throat to the next gulp of that tasty juice filled with memorable music, this is an instrumental track to truly feel lifted by. The air seems enlightened as we pack our bags and climb heartily onto the peaceful train, that seems to guide us to where that smile beams the brightest.

‘Dipper‘ from the excellent Houston, Texas-based indie music producer and rock/pop artist Abandon the Fall, leads us into a world of true intentions and a bright light that will only bring you true happiness. With some incredibly crisp solos and a dash of riveting rock to satisfy your salivated senses – this is a wondrous effort full of that scintillating quality – you just want to jump into like a refreshing lake in the summer time.

Dipping your whole body in to find your passion again, is the best way to stay alive.

Birmingham, UK-based independent artist, Warren Davis, has released his ambient, mood-reflecting EP, Oden’s Palace, featuring the standout single, Discord. The meditative tempo makes it easy to drink in the organic flair of Warren Davis’ signature style which is defining a new era of new-age lo-fi. He leaves enough space for the listener to feed in their own emotion and imagination, but the gentle guitar melodies still lead to a higher mental plateau.

By taking inspiration from RnB, reggae, and Anime OST’s, Davis can orchestrate soundscapes that are as tonally vibrant as they are explorative and intensely cathartic. Do we even need to tell you he deserves a spot on your radar?

Discord is now available to stream on Spotify.

With a gushing flow of river-like crystal water droplets to calm the busy brain from all the distractions in this click-quick world, Garden State Etheric returns with his latest single after 2021’s reassuring ‘Hey…its gonna work out‘, and this one is called ‘When A Ghost Meets A Soul’.

South Jersey-based indie Garden State Etheric, is an indie rock instrumental act with a yoga-fused ambiance that relaxes your mind and puts you into a better state than before.

This is the story of getting lost in the trees again, to take some time out of the day to experience the world in a more conscious be-here-now style, rather than rushing around and forgetting to look at the sky. The tasty track has your mind feeling way more calm than before, as this soundscape has you closing your eyes and recalling when things were so simple and not highly confusing.

‘When A Ghost Meets A Soul‘ from the South Jersey instrumental indie rock act Garden State Etheric, is a striking track that has you in a different state than before, as the energy takes you beautifully back to the stunning parts of nature which we need to remember, are there for us to look after and to find true peace too. Life is busy and full of pitfalls, but this is a track to get away from it all for a few minutes.

Hear this new single on Spotify and see more news on their IG. 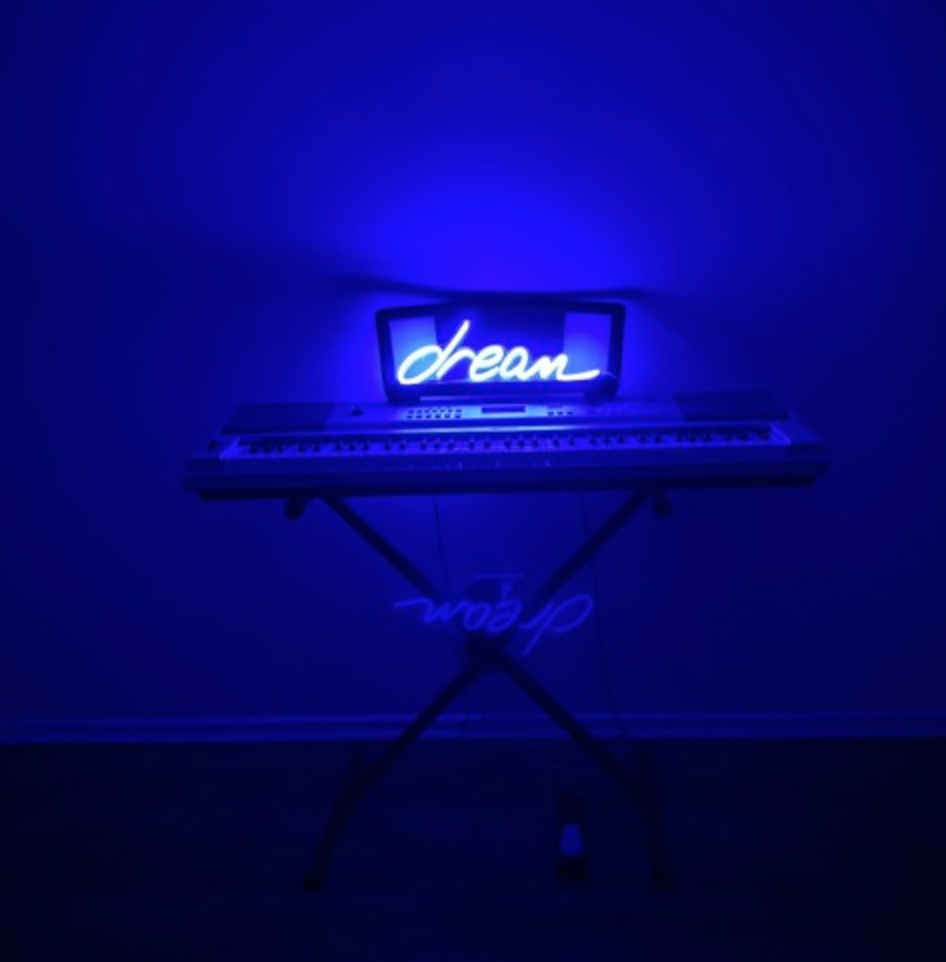 Up and coming artist Sean Grinsell rocked psych and blues into his upcoming experimental single, Rogue. The doomy, scuzzy track carries the intense symphonic feel of FalKKonE along with licks of frenetic rock n roll that make the Black Keys sound as tame as Maroon 5.

The dramatic and edgy instrumental score is absorbing from start to finish; midway through the extended single, there’s a switch to chiptune style electronica before Grinsell shows his 50s rock n roll stripes once more. Any true fan of artful aural experimentalism will want to experience Rogue for themselves.

Rogue is the first song of five to be released from the EP, R is for Redemption, due for release on all major platforms from August 20th, 2021.