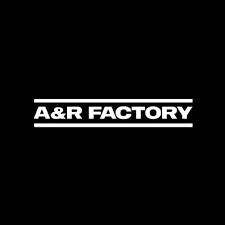 With the fall of record labels and the increased pressure on independent artists to always stay present and relevant on social media, the necessity of the year-long release strategy is increasing. Extensive calculated planning may not be what you entered the music industry for but if you want your career to be sustainable, it is up to you to create that sustainability instead of banking on dumb luck and the vague possibility of viral success.

For artists that are dropping an album with little to no pre and post-release planning and disappearing, there is little chance of success in today’s cutthroat industry. For artists creating longer-term annual strategies, the likelihood of success skyrockets.

This article will outline the best ways to gain new fans in the run-up to new releases and nurture existing fans by covering how to plan your annual release schedule and how to make the most out of your secondary content releases.

How to Plan an Annual Release Schedule

By planning an annual release schedule, there is less pressure on artists to constantly write, create and record music. By getting savvy with your release strategy and adapting to the new changes in the music industry, such as the rise of streaming platforms and genre-less playlists, the effort you put into your albums, mini-albums, or EPs will reap greater rewards.

In our previous article, we covered how the LP format was fading into irrelevance, but if you have your heart set on releasing an album, consider dropping multiple mini releases from it first. Streaming services, such as Spotify, statistically reward this pre-album release strategy, which is reflected in the statistic that shows that more than 2/3rds of tracks played on the platform were released as singles – not as albums. Additionally, when new releases drop, Spotify chooses particular singles for the discovery playlists. So, in theory, arranging your releases in this way means that every new release is a chance to win the attention of new fans and prime your existing fans for your latest music.

For example, if you’ve got 12 songs on your new album, the material could be broken up into a string of singles and potentially an EP. At a push, one LP release could become six new releases to promote. But it doesn’t end there; following every release, you will get to post about the reception of it as you tease the anticipation for the forthcoming release. For example, every time your new release gets radio play, playlisted, lauded by a music critic, written about, or hyped by a notable artist, that is another opportunity to boost your presence on social media.

The possibilities don’t end there either. As you are leading up to the release of your album or trying to garner more attention around it following the release there are plenty more opportunities to engage a wider audience. Here are a few more ideas to help you to fill your annual release strategies:

Moving away from how you can maximise the impact of your recorded material, there are also ample opportunities to gain more traction from secondary content releases.

If you have the budget to create official music videos or official lyric videos, always release these after the single, EP or LP release they support. It may be tempting to drop them simultaneously, but by staggering the premiere of your music video/videos, you will create another talking point.

In addition to the more traditional official music video formats, embrace the hype around reels on TikTok and Instagram. Create teaser videos for all of your upcoming releases, promote fan-made videos, or turn on the camera and create behind-the-scenes or live videos.

The artwork for your releases can do far more than solely serve as single/EP/LP artwork. It can also become pre-release content for you to flaunt to your followers and fans. For the best chance of making an aesthetic impact, work with a talented graphic artist that can create poster-worthy images, NFTS, and other merch, such as t-shirts, totes, and whatever else you want to slap your album artwork on! Merch drops are yet again another great opportunity to take to social media and make the world aware of your presence!

One of the best ways to sell an album is to tour with it, but in 2022, touring can create even more content for social media. Fans who couldn’t make it to the show can live vicariously through the images and videos uploaded afterwards. Or you can give your fans a front-row view by live streaming your gigs. Don’t forget the obligatory gig selfie with all of your fans behind you on stage.

How to Make an Album Cover

How to Make Money from Your Music in 2022