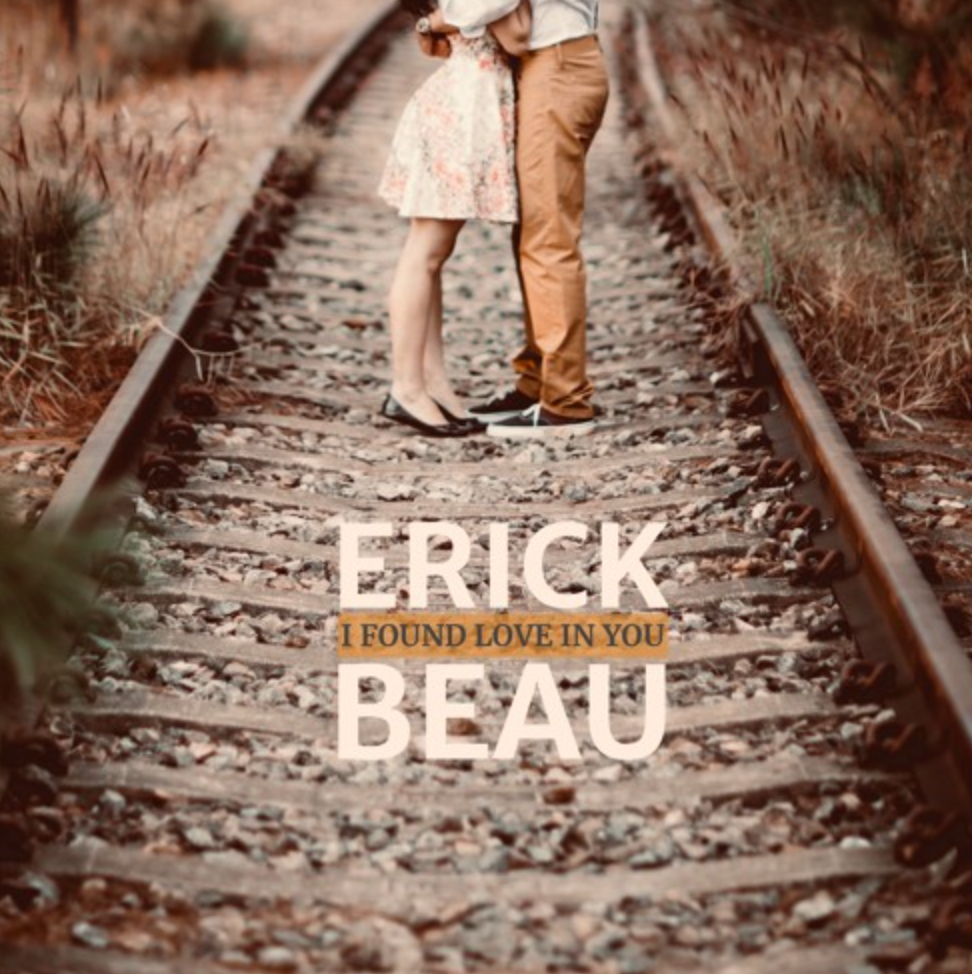 After racking up over a million streams with their single, ‘Waiting for You’, Erick Beau set his own bar fairly high, but their latest romantic-to-the-point-of-transcendence single ‘I Found Love in You’ easily rises above it.

The roots-deep country ballad is influenced by an eclectic array of timeless artists, from Bach to the Beatles, Keith Urban to Cat Stevens, but the soul it contains allows those hauntingly intimate alt-folk tones to resonate with innovative evocative appeal.

With the singer-songwriter’s ability to create a cinematically vivid experience with ardently gratified lyrics and emotion-capturing finger-picked guitar notes within the semi-orchestral soundscape, we wouldn’t be surprised to see his name in the OST credits for Hollywood blockbusters in the near future.

I Found Love in You is now available to stream by SoundCloud.

For more ways to listen, and more info on the trailblazing artist, head over to their website.

Missing that true love: ‘Waiting For You’ from Erick Beau is about that feeling inside you can’t shake off

Nova Scotia born Erick Beau sings from the deepest part of his heart on his new single called ‘Waiting For You’. His voice is quickly introduced to us as we hear the passionate Indie-Country lust for that sweet love. This is the story of a man who is madly in love with a special soul who is so far away from him right now. A true singer-songwriter who makes carefully thought out music for the love of the art form and has had many years to plan out his vision.

Taken off the long-awaited debut album ‘What it Takes’, this is the work of a man who has been biding his time to express his music to the world. A lawyer by trade but a true musician deep down, this is the culmination of many years work to get to his stage. 2020 has been a tough year for the world but one good thing has happened: Music like this with that acquired soul and class that you can’t teach.

He misses that sweet smile and those long conversations that fulfill the soul. This is that true love that you can feel inside your bones and it hurts when you can’t be around it. Those feelings are fluttering in the sky like a lost bird, you feel like your stomach is in tight knots and you desire that sweet touch again. All you can do is keep those happy thoughts inside and make a way to be together somehow. You can’t shake this off like a brief summer fling as this is the real deal.

Erick Beau sings with that authentic Americana style that is such a pleasant listen that makes your heart sad but thoughtful on ‘Waiting For You’, as you hope that he can find his love again.

Hear this fine release from Erick on his Soundcloud and follow him on Facebook and IG for more.

A nice jam on a wavy level with a different style of hip-hop influenced synth. This song might be really a slow one but notwithstanding it can make you sway back and forth when you listen to it.

The intro and hook of this song are presumably meant to somewhat inspire horror, maybe. You’ll get to hear some lines like “Daerick is your soul in hell?”, That’s exactly the first thing you’ll hear when you play this song. However, I can’t really tell which one it is – I don’t know if this song is just the normal twist we always rack our brain to decipher or especially the song that mirrors the theme of its title.

The flow of the music, the funny storyline that’s sketched up from the lyrics, the slow frenzy rap style of this artist in the track coupled with that trance beat that balances the overall song flow and much more are the spectacular traits that made this song an interesting jam.

The artist brought his optimism and creative ethic to limelight in this song by delivering this beautiful song in a unique way.

There are few composers who can captivate me quite as quickly as Michael Storan did with his recent composition ‘Rendition’; which proved that the general populations ignorance to neo classical music needs to be addressed. The gentle piano keying introduced the track through a trickling melody before the harmony is picked up by the cello and the rest of the string arrangements. The instrumental orchestration was steeped in pensive yet uplifting emotion, which ensured that by the time the track drew to a tentative close you were no where near in the same mindset as when it began. The Limerick born pianist and composer creates his sound with a compelling twist due to his distaste for chastising his sound by limiting himself in accordance to the technical structures of music. The result? Unconventionally poignant pools of sound that trickle away, contorting and swelling with energy until the orchestration draws to a succinct close.

You can check out Michael Storan’s stunning title track from his debut album Rendition, which was first released in November 2017 on YouTube now; prepare to be pacified.

Head on over to Michael Storan’s official website for more painfully beautiful compositions by the deftly talented artist.

Sometimes Great Things Come In Big Packages … beneath the sound of the music rests a gigantic music porch that shields the craft of these super amazing music talents. This is one of those songs that make you feel like a pristine air underneath the big wings of an airplane.

Without much effort, this song will totally sweep you off your feet at first play, and even still; in the subsequent ones that are sure to follow suit each time that repeat button is being touched.

This song ain’t even anapaestic but it can subtly pass as a limerick in most case. Heaving with North-Eastern references, the track “Ouseburn” encompasses the evolution of the valley of Ouseburn itself from the reserve of an industrial powerhouse to a creative hub, highlighting the stark contrast of the old Ouseburn against the regenerated area that is approaching its tenth year of hosting the “Evolution Emerging Festival”, which Twist Helix have graced the main stage of.

Alternative pop three piece Twist Helix have a lot to owe the valley of Ouseburn, and they intend to repay the area where they honed their craft with their appropriately named forthcoming euphoric track Ouseburn.

The vocal of the female lead singer is so sexy and alluring; it’s more like the evening dew that’s laced with a beam of an ultraviolet. The sound of the acoustic guitars and the melodious vibe of the song will literally leave you drooling at the awesomeness of Twist Helix.

I think I’ve just found me a new favourite alternative pop song of the year. Take a minute and listen this beautiful song so you can have the full grasp on what a good music really sound like.

There are two types of maverick artists: the ones who adopt different styles as a way of switching costumes, and the ones who take a variety of musical concepts and subvert them wholly to their own ideas, and their own identities. Jamie Benkert is clearly the latter. Her new single aptly entitled, “Wasted Love,” is a musical conglomerate of creativity, passion, and breathtakingly beautiful interpretations of musical sensation.

The song couldn’t have a better title.  The instrumentation employs a wide range of orchestrated sounds, dancing from subtle pop influenced patterns, to symphony infused arrangements, back to whimsical guitars yielding harmonious moments of both beauty and tension. The score is erupting with musical genius. Jamie’s voice dances all over this rhythmic beauty, her voice is boisterous, light hearted, and fun. I love the musical breaks, and the fun lyrics, I could easily hear this song blaring out of the speakers of a college dorm, suburban home, or just a teeny bopping teenage who knows good music. Solid track.

‘Jennifer Jones’ is the lead single from ‘Safe in Silence’, the debut LP from Bristol (UK) based experimental pop band Snails.

It follows a brace of 7” singles on cult label The Great Pop Supplement, praised by Jarvis Cocker on his BBC 6 Music show and hailed by Stephen Pastel as “Eerie, beautiful, modestly majestic.”

The 10-track album is released on 5th September 2016, again via GPS on 12″ vinyl LP and DL. It was produced with Ali Chant (Gruff Rhys, PJ Harvey) in Bristol.

Snails generate moments of suburban guitar pop reverie for lonely people walking to the shops. Formed after a friend’s request to soundtrack a budget slasher involving a homicidal nun, their sound bears the influence of chamber pop mavericks such as Basil Kirchin, Syd Barrett and Nico. The 5-piece band were hand-picked to support Teenage Fanclub at their Bristol show in September, where the album will be launched.