With 2022 almost in the rear-view mirror, A&R Factory has investigated the top 2023 music trends for independent artists and feigned optimism for the year ahead after a somewhat mercurial trip around the sun for everyone in the music industry.

It would be naïve to expect to stroll into a utopia given the year music has endured, especially with the recent YouGov poll showing that half of the British public feels priced out of the music industry. However, there are a few key trends to note and slithers of hope for independent artists.

The big three social media platforms, Facebook, Twitter and Instagram, have had to make room for a fourth major league player in recent years. In September 2021, the platform broke the 1 billion user mark, and the number of active users will grow in 2023.

The platform, which is no longer solely for annoying Gen Z dances and other feats of filmed narcissism, is already unparalleled in its ability to offer user-generated content campaigns and make artists go viral.

Once the ball gets rolling on TikTok, the momentum around new phenomena can be hard to stop. To get started, use a distro company, such as Ditto, which can publish your music on TikTok. Once your music is on the platform, bolster your music marketing campaign by creating catchy videos. Share 15-second viral-worthy clips of you performing cover songs, deconstructing your tracks, giving behind-the-scenes glimpses, or collaborating with influencers.

TikTok now offers an exponential amount of potential to independent artists. Leave your grievances with the app behind you as you enter 2023.

While music publishing and sync deals may not replace playing live as the biggest revenue stream for every artist, there is ample financial opportunity within it, especially as it has become a more lucrative endeavour than selling physical copies of your singles, EPs, and albums.

Social media influencers, adverts, video games, television, YouTubers, and Netflix all need licensable music. If you want to quit your day job to focus on music full-time, syncing your music offers some of the best opportunities to do so.

While it is slightly sad that, in popular culture, music is becoming increasingly less of a standalone entertainment format and more of a complementary format to films, TV, ads, and games, it is worth taking note of and taking advantage of. For independent and unestablished artists, the best shot at sync success is by teaming up with a music publisher. Sync placements can also be obtained by placing your music in libraries or attempting to build those connections for yourself.

The shift towards genre-fluid music has been amassing traction in the last few years, and that will continue to be the case throughout 2023. Gone are the days when younger generations of music fans partook in tribalism defined by their favourite artists.

In the past decade, an increasing number of artists have been unafraid to wear their eclectic influences on their sleeves, which has paved the way towards music unconstrained by restrictive genre parameters.

While it may seem safer to release records that fit into pigeonholes, the advent of mood-orientated playlists on Spotify has made it easier for artists to market genre-fluid music. You can also read our guide on how to promote genre-fluid music here.

With the soaring costs of tickets to bigger shows, more and more music fans are turning to grassroots shows to get their live music fix, and the live music arena isn’t the only area where independent artists are thriving.

In April 2022, The Independent Music Insider revealed that indie music celebrated its fourth consecutive year of growth, with UK indie labels taking 27% of the chunk out of the total revenue. One of the main drivers behind market growth for independent artists lies in the opportunities presented by social media.

In 2023, even more, independent artists will celebrate a wider reach via social media, cutting out the necessity of signing a record label deal that strips autonomy from artists and takes a massive chunk of the profit too.

If you were hoping that 2023 would bring in the end for Spotify and its other poorly paying counterparts, unfortunately, the opposite is expected to happen. In fact, in 2023, the number of people utilising streaming platforms will outnumber people who own physical copies of music.

This popularity shift will impact how record labels operate and how artists make their money. However, that doesn’t have to necessarily lead to financial ruin for artists. There are still plenty of avid vinyl collectors, and physical sales opportunities will never be completely obliterated for as long as you can get inventive with your merchandising.

Anyone with an iota of taste whirling about their consciousness lamented at LadBaby reaching number 1 in the Christmas charts in 2022 as he paraded under the poxy guise of a selfless do-gooder.

Thankfully, some artists know how to project their socially aware conscience into their music career without angering half of the population. The appetite for protestive music is expected to grow throughout 2023 as we contend with the mother of all cost-of-living crises and the perils of Brexit.

Whether you implant meaningful messages in your music, work with organisations to address social issues or partner with charities, it’s a great way to stay relevant and reach a like-minded fanbase in 2023.

To keep up to date with the best independent music throughout 2023, keep checking out our reviews of some of the hottest up-and-coming independent artists. If you have new independent music to promote, submit your demo for review, or use our Interview submission service to introduce your music to our millions of readers! 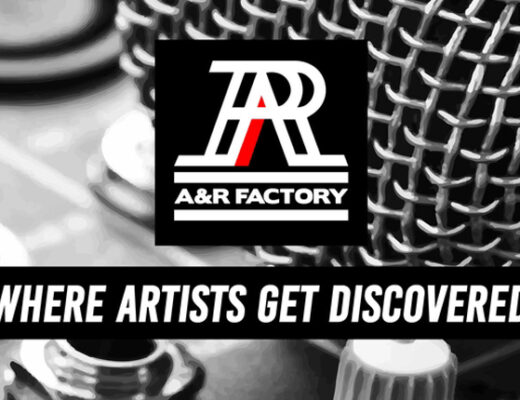 The Impossibility of Legacy in the 21st-Century Music Industry

What Group of Instruments Are Used in Folk Music?

How To Promote Indie Music?