Win Tickets To The Afro Beat Show Of The Decade 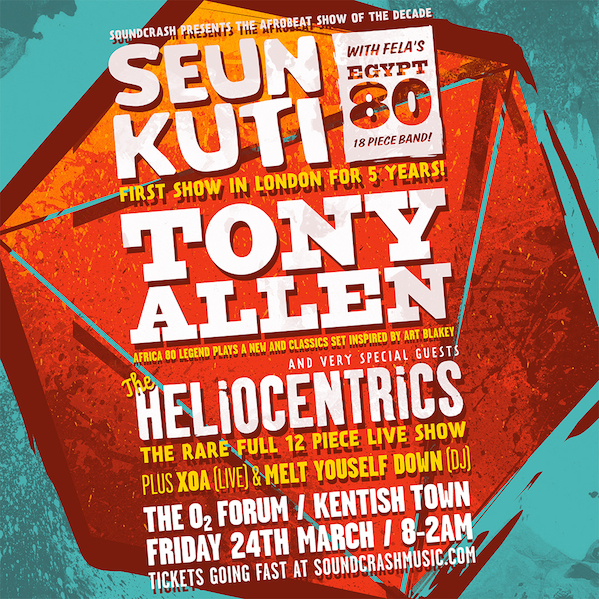 We have TWO tickets for the  up for grab for The Afrobeat Event of the Decade for our readers, submit your details below for a chance to enter!!!

On the 24th March 17 at The O2 Forum, Kentish Town, Soundcrash is proud to present a very special night celebrating one of the greatest sounds in the entire musical landscape… Afrobeat. With a very rare line-up of the greatest artists in the genre featuring the original band and family of Fela Kuti himself.

Expect a night of high energy, infectious beats and african rhythms. Expect a night where history is made. This REALLY is a night not to miss.

Son of Fela and one of the greatest ambassadors of afrobeat and West African music in general. SEUN himself is one of most incredible high octane performers in the world today. Relentlessly leading the Egypt 80 in continuation of both his father’s musical and political legacy, whilst providing one of the most engaging shows you’ll ever see. “You could take the fact that Seun Kuti, not his older brother Femi, heads Egypt 80 as conclusive evidence that he is the baton-bearer for Fela Kuti’s legacy” – The Quietus

Drummer, composer, and songwriter of Nigerian origin, Tony Allen, learned how to play drums on his own by listening to legendary drummers such as Art Blakey and Max Roach. In the midst of the 1960s, Together with the human rights activist and political musician Fela Kuti, he created the “afrobeat” movement – a blend of traditional African music, jazz and funk – “Without Tony Allen, there would not be an Afrobeat” are the words of Kuti on Allen. Tony Allen continues to be an active musician at the age of 75, having played on over 70 albums so far. Quoted by Brian Eno as “Probably the best living drummer”, Tony Allen will play for the legend “Art Blakey” who has been an inspiration to him.

The Heliocentrics are undoubtedly one of the most incredible things to happen in music of the past decade. The band’s unique blend of raw funk, dark cinematic psychedelia and sci-fi jazz has earned them a cult following around the globe. Among their dedicated supporters, you may find Gilles Peterson, Egon, Madlib and The Gaslamp Killer.

From selling out Jazz cafe to receiving global recognition with the likes of Gilles Peterson, & Boiler Room singing their praises, it’s fair to say that multi-instrumentalist Nick Tyson aka Xoa has firmly positioned himself & his full live band as a defining new talent.

The Afrobeat Event of the Decade!Win Tickets 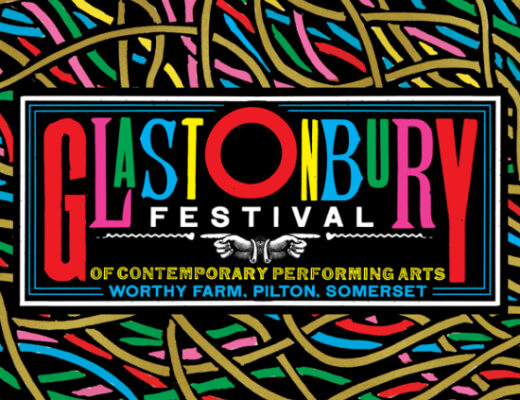