Ahead of the release of his solo debut album, award-winning professional touring artist Morris Northcutt teased what is to come with the richly cinematic, deeply emotional classical composition, Tonada Del Cabrestero, composed by Simon Diaz.

To name a few, the Latin-inspired artist’s accolades include winning global music awards, being a Bach Conn-Selmer solo performing artist and touring the globe with performance groups such as Mannheim Steamroller, Critical Mass Big Band, The Blues Brothers Reunion Band, Puget Brass, and the Tacoma Concert Band to the Seattle Symphony Chamber Orchestra, Breath of Aire, and the Tacoma Symphony.

Before you even learn the intent behind the instrumental score, you feel the ego-less sense of passion in the production; you get a sense that Tonada Del Cabrestero is pulling emotion from a much deeper place. Tonada Del Cabrestero was created in collaboration with Venezuelan artists impacted by the economical disaster imparted by quarantine measures.

It was designed to pay ode to the culture that has been stifled and to introduce the world to the cinematic magic of Venezuelan music. It embraces Northcutt’s bold virtuosic flair, bringing a sense of warmth to the soundscape that proves that beyond borders and language barriers, we share humanity that defies the suffocating concepts of tribalism and late-stage capitalism. Frankly, we’re obsessed. Venezuela couldn’t ask for a better aural ambassador.

Tonada Del Cabrestero was released on July 23rd and is now available on Spotify. The debut album is due for official release on August 30th.

The South-West, England-hailing artist delivers a versatile fusion sound that makes jazz, electro-swing, ska and blues-rock the cornerstone in Pancake Love. As soon as you hit play, you’re forcibly shunted from the 21st-century by the sun-bleached reggae tones that brighten the subversively surreal track that bears reminiscence to Creepshow, Horrorpops and The Brains. But as you can probably gather from the track title, Pancake Love comes with sticky sweet flair and affection as opposed to macabre inclination.

You can get your fill of Pancake Love by heading over to SoundCloud.

Chadwick Station keep us ‘Coming Back For More’ 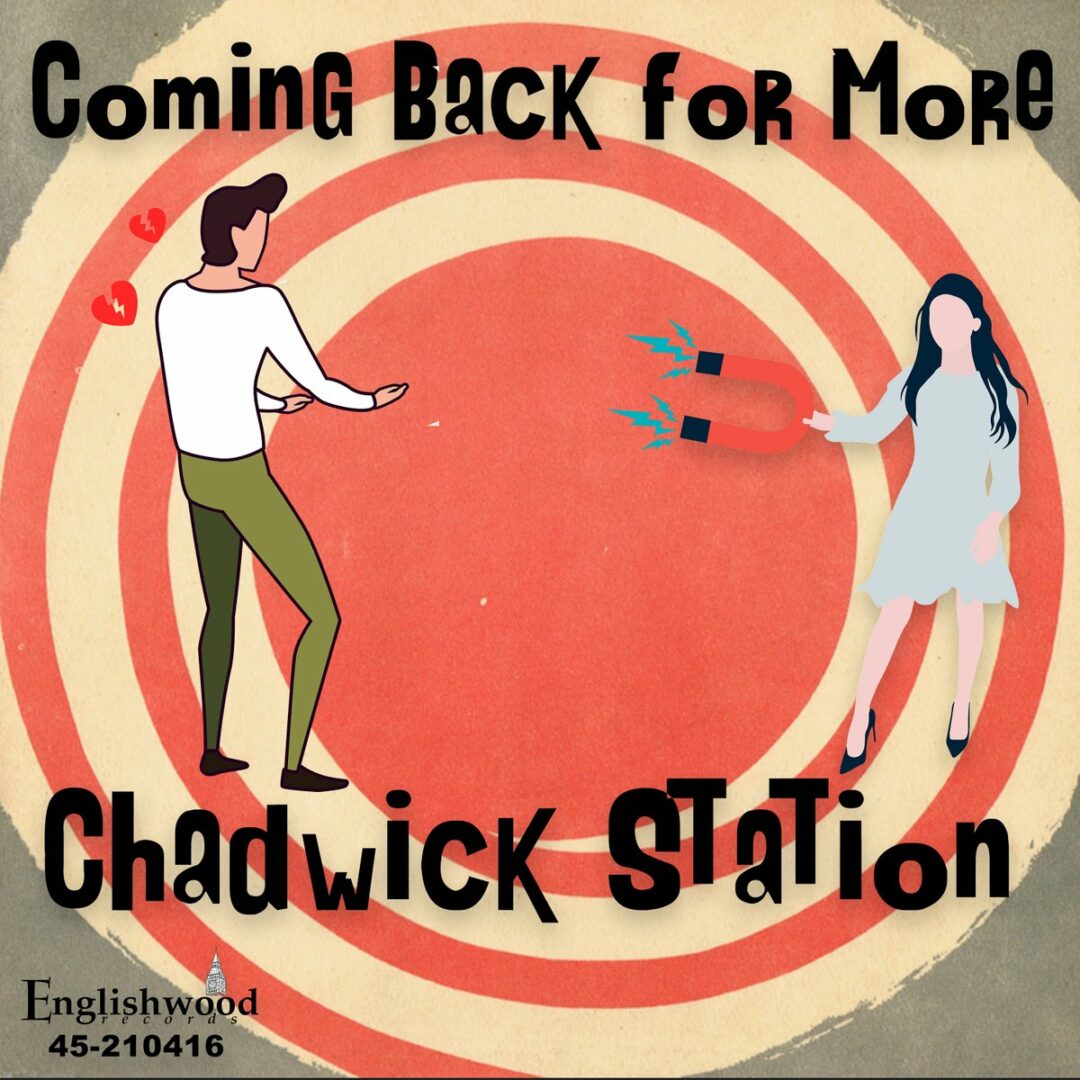 After hitting the coveted Number One spot in the Beach Music Top 40 with their Northern Soul single ‘Cryin’ Ain’t Gonna Win Her Back’, Britain’s Chadwich Station have gone full-on R&B swing-time with new single ‘Coming Back For More’. A lot of Harry Connick Jr, a dash of Jamie Culham, and a certain splash of ‘Swing When You’re Winning’ Robbie Williams’ mixed up with beach music, swing, and jazzy R&B, ‘Coming Back For More’ grooves like it’s just bought its new tuxedo and it’s determined to show it off to you in the absolute best way possible. A dash of neat bourbon, some table tea-lights, and a groove that hangs on the three-beat; the horns swing, the piano adds some sparkle, and the bassline bumps and bounces along nicely underneath. It’s a quality tune, and adds just a little bit of alternative spice to regular R&B swing to keep it fresh and interesting.

With a thriving, Jazzy pulse, Pop newcomer John David’s latest single Drama (I’m Going Off) comes to life and introduces you to a stylistic infusion of new school and old school.

The Minnesota teen is already able to offer maturity and nuance in his sound, but his true talent lies in his ability to lead you into a soundscape that you’ll become utterly enraptured by. We all have those people in our lives which bring unnecessary drama to our doors, hit play on this swinging show tune and you’ll enjoy their pedantry being torn to pieces by John David’s soul-stroking crooning.

You can check out John David’s single Drama on all major platforms via this link.

Up and coming artist Nastya has proven with her latest single SWING A WING that Swing music well and truly still has a place on the airwaves. The infectiously vibrant soundscape may have moulded itself on the roots of Swing and Big Band music, but Nastya’s boldly arrestive approach to the genre adds a smorgasbord of flair.

To achieve their distinctive sound, Nastya infuses nuances of Hip Hop into her sound to ensure that there’s plenty of contemporary appeal. After hearing that Nastya’s tracks have a TV series-like continuity to them, I can’t wait to hear where the story goes next.

You can check out Nastya’s single SWING A WING which was released on June 2nd via YouTube now. 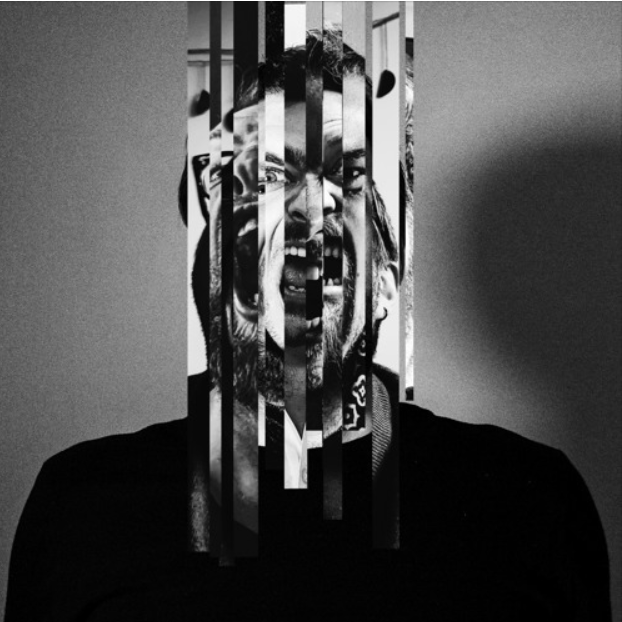 If rhythmically filthy yet cinematically flamboyant Alt Rock is your bag, you may want to make room on your playlists for Rum Buffalo’s flamboyantly transfixing Prog Swing Hop single “Screama Preacha” featuring Kathika.

The progressive track utilises an impressive horn section which will reinvoke any love you harbour for Swing music. Yet, Screama Preacha is anything but archaic. The tensile friction within the soundscape allows this highly innovative mix to ooze seductive contemporary appeal as it evolves through offerings of Cinematic Indie Rock, Nu Metal, Funk Rock and Jazz.

Usually, you’d need to look to Mike Patton for offerings of such arrestive aural innovation, but Rum Buffalo has proven with Screama Preacha that they possess plenty of their own uniquely alchemic appeal.

The lockdown may have hindered Rum Buffalo’s summer plans, but they’ve got plenty more tracks in the pipeline io release throughout 2020.

Head on over to their website where you’ll find links to their releases and social media.

Jazz, Swing, and Neo-Classical may be commonly regarded as fairly archaic genres, yet, Koreyography’s latest single Misguided Love featuring Adrian Crutchfield on sax which makes inventive use of all three is easily one of the most captivatingly vibrant tracks we’ve heard this year.

It’s an explosively effervescent medley of tone, style, and culture which may be lyrically light, but the smoothly animated melodies provide all of the visceral upraising emotion and soul you could possibly ask for. The soundscape is so colourful it’s practically carnivalesque.

The sheer talent in from Koreyography on keys and  Adrian Crutchfield on sax is one thing, the amount of soul which pours out is quite another.

You can check out the official video to Koreyography’s single Misguided Love which premiered on February 29th via YouTube.

If you’ve made the terrible mistake of watching BBC News and found yourself consumed with despair, the UK’s favourite Jive and Swing act The Jive Aces have recently released the perfect aural antidote with their latest single “Bad News”.

The chorus lyrics will stick in your mind like mantras which may make you think twice about picking up a newspaper and the eclectically upbeat instrumentals pop with euphoric charm. It hardly seems necessary to complement their talents when it comes to orchestrating classic funky swing music as they’ve already picked up plenty of well-deserved international acclaim for their high-energy performances. Yet, it feels as though the Jive Aces has come forward as aural heroes with Bad News.

It’s times of great societal struggle and disparity when artists such as the Jive Aces are more appreciated than ever. Bad News is an infectiously rapturous hit which we could all benefit from having on our playlists.

You can check out Bad News along with the other hits from The Jive Aces by heading over to Spotify now.

If the term jazz-fusion is one which conjures thoughts of avant-gardist musical mayhem or worse, genres being forced against their will to break new ground, then you definitely need Francesca Mondi in your life. Yes, it is jazz being given a pop make over, but rather than a conflict of genres and the toning down of the key elements which define each of them, Francesca manages to bring out the best of both.

Devil’s Door has a meandering jazz groove and a soulful heart and the pop approach brings an accessible, not to mention commercial, vibe to the proceedings. Throw in some classic 60’s girl group harmonies and Francesca’s own sensuous tones and you have the perfect meeting of musical minds.