Julian’s thoughtful, evocative lyrics and soulful, atmospheric vocal carry the song over keys and bass, a sophisticated and distinctive vocal performance that’s both commercial and individual. Julian is currently working on new material with UK composer/producer Ian Barter, but ‘West Coast Girl’ is the perfect late-summer antidote to darkening evenings and lockdown malaise.

Frequency is the latest single to drop from RnB Pop artist TOVA. With their modern and stylistic approach to the genre, they pulled RnB in a brand-new direction.

The production may not have been the cleanest and there was slight discord left in the mix, but there’s no doubting after hearing Frequency that TOVA’s sound possesses plenty of commercial potential. With the hook right before the chorus, the form of the trancey beats will stick with you for long after the track has faded to a close. And notably, they held nothing back lyrically. It perfectly captures how it feels to fall in love in 2020.

You can check out TOVA’s amorously chill single Frequency for yourselves by heading over to SoundCloud now.

Jimmi Ski – Kiss Me Through the Phone: The Ultimate Lockdown Lovesong

Fans of the 1975 won’t want to deliberate on hitting play on “Kiss Me Through the Phone”, the first single to be released from Jimmi Ski’s EP “Missed Calls”.

It certainly isn’t the first lockdown-inspired pop track to hit the airwaves, but it is possibly the first lockdown-born track which manages to maintain romanticism, optimism and a smorgasbord of other high-vibe emotions without reminding you of how soul-sucking the experience has been.

Jimmi Ski will be dropping a new track every month, if they parallel the sentimentality and intimacy of Kiss Me Through the Phone, you’ll definitely want to save space on your radar.

You can check out Kiss Me Through the Phone via SoundCloud.

Summer may be almost drawing to a close, but that’s no reason not to hit play on up and coming Ohio artist Costella’s soulfully sun-soaked single Dream Beach featuring Wyley & Abbin.

If you love getting wrapped up in summertime nostalgia, Dream Beach will prove to be the perfect guide. With acoustic instrumentals around the electronic beats, there’s an incredible depth. With the addition of a stunning Bluesy guitar solo to add to the eclecticism of Dream Beach, it’s safe to say that Costella cooked up one of the most authentic and talent-soaked Summer Pop singles of 2020.

You can check out Dream Beach for yourselves via Spotify.

NOFAR WAINBERGER’s debut Pop earworm Stay with Me leaves lingering resonance which stays with you for long after the uniquely inviting modern hit has faded to a close.

There’s a rare sense of sincerity within the vocals which run clean and free from autotune, NOFAR WAINBERGER’s flawlessly harmonic passion-soaked vocals needed absolutely no assistance. The trancey energetic beats provide the perfect platform for her equally as galvanizing vocals.

Stay with Me is the perfect Summer Pop pick-me-up if you’re looking to infuse a little romanticism in your playlists. Pop debuts are infrequently as promising as this. We’re already stoked to hear what’s next.

Stay with Me is available to stream on all major platforms via this link.

It’s a tough thing to do, the sparse instrumentation leaving no space for a performer to hide, but here the result is powerful and touching, a very personal break-up ballad filled with the heartbreak of a relationship which has died. Sure, there’s an easy James Blunt comparison, or maybe in this instance the early Ed Sheeran of ‘The A-Team’, but in reality, Martin’s voice is reminiscent of Annie Lennox on ‘Walking On Broken Glass’ or ‘Why’ mixed with, maybe, a touch of Justin Vernon – a plaintive falsetto, questioning and heartfelt without being cloying, and it matches the song perfectly.

Martin’s debut EP ‘Home’ is out later this summer; you can keep up with him, and listen to ‘Depth Over Distance’, here. 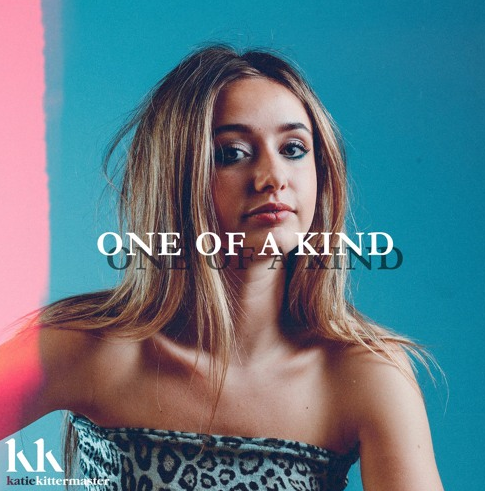 Pop singer-songwriter Katie Kittermaster is set to release her all too relatable single “One of a Kind” which pays ode to the bitter-sweet conflicting feelings which commonly follow heartbreak.

It’s far from your average lovelorn feat of Pop. It’s unashamedly honest, it’s accessible from the first hit, and quite honestly, Katie Kittermaster’s vocals are like a breath of fresh air for the airwaves.

Her magnetically down to earth vocal and lyrical style is perfectly paired with the unique tonal warmth offered by the funky, up-vibe guitar progressions in the stripped-back soundscape.

If there were more Pop songs in the mainstream like One of a Kind, plenty more people would be better equipped to navigate romantic relationships healthily.

One of a Kind will be released via Revanche Records, you’ll be able to check it out via Spotify from the date of the release.

If you’ve been feeling like you’re swimming against the tides recently, Minnow acts as 3 minutes of pure cathartic escapism on offer.  Minnow convincingly invites you to float along with the synth-carved stylistic rhythms which simply ooze those frequently sought good vibes. The playful eccentricity and personality in the vocals combined with the indulgent up-vibes melodies offer all of the organic feel-good vibes you could ask for.

You can check out Minnow for yourselves by heading over to Spotify now.

‘Are We Still Good?’ could be the story of 1,000,000 fledgeling lock-down romances, soon-to-be couples forced into isolation and unsure what, if anything, comes next. Catchy, bouncy, electronic pop perfectly backs singer Evadaze’s breathy delivery, guest vocalist Lachlan Andrews delivering a spicy counterpoint in this two-way conversation about love, life, and what might be.

It’s catchy and well-produced, the piano-led melody leaving plenty of space around Shortt’s vocals; the hook finds its way into your head, ear-worm like, and stays put around Lachlan and Shortt’s vocal interplay on the final chorus. A perfect summer antidote to lockdown blues.

You can check out Are We Still Good for yourselves by heading over to SoundCloud now.

To keep up with the artist’s new releases, head over to Evadaze Facebook page here

US Singer, Songwriter and Producer Will Dailey dropped their latest sticky-sweet Pop single “Miss Seattle” as July grew to a close and served up the ultimate Summer Pop taste breaker.

If plastic Pop isn’t for you, prepare yourself for a viscerally romantic adorably indulgent soundscape when you hit play.

The amorously sincere Indie Pop earworm packs in plenty of smooth grooves and an even more potent helping of straight-from-the-soul emotion. Miss Seattle may have been independently produced, but Will Dailey still achieved a radio-ready sound through cooking up infectiously enrapturing melodies and pairing them with their endearingly accessible Future Pop vocals.

You can check out Miss Seattle for yourselves by heading over to SoundCloud now.