With Zach Robinson’s aural inspirations ranging from Rush to The Police to Red Hot Chilli Peppers to Billy Joel, you’ll get a serious hit of soulful nostalgia when you hit play on their standout single “Change” on their 2020 EP “Evolve”.

It kicks off with smooth seductive popping grooves before the Alt Rock elements start to dominate the soundscape and replace the funky ska rhythms with ardent licks of Rock which add an overwhelming amount of intensity to the track.

Change is a stunning release. The energy. The urgency. The passion. The talent. Each aspect combines to leave you feeling like your own soul has transcended when you get to the outro of this inherently stylistic mix.

You can check out Zach Robinson’s single out for yourselves by heading over to Spotify.

Many artists can only dream of amassing the same amount of hype around their debut release as Odd Ones Out did with their angsty, immersive Lo-Fi Alt-Rock debut single “I’ll Be Fine”.

The defiantly-titled sludgy track has the potential to leave Trap kids and fans of noisy, sludgy Garage Rock alike enamoured. The candid, sourly soulful vibe of the inventively textured track is bang on trend.

The jangly indie guitar notes find just enough room to ring out in the high-energy production which unravels with an intensely emotive sting, especially thanks to the despondently magnetic vocals which will throw you right back to the Alt-90s.

You can check out I’ll Be Fine by heading over to Spotify.

It was a pleasure to get acquainted with Indian Alt Rock virtuoso DigB through the official music video to their standout single Vortex.

By fusing elements of Rock with the rhythmic roots of their hometown of Malaysia, you can expect the guitar licks to ensnare you with their blissfully paced canter. After signing with Bentley Records, USA, that’s a sure sign of even bigger things to come from the solo artist who has enough dextrous flair to transfix fans of Ritchie Blackmore.

Artists create music for a wide range of reasons, for some, it’s fame, for some, it’s expression, but for Dig8, you palpably get the sense that his soaring dynamically sonic soundscapes are born through nothing but passion and dedication to the art form.

You can check out the official music video to DigB’s single by heading over to YouTube now.

If your playlists are crying out for a hit of funky, sexy Alt-Rock, you can consider the latest single from The Impersonators a playlist staple.

While it’s got all the efficaciously sleazy allure that you’d expect from any accoladed Sunset Strip act, there’s also an extra juicy element of amorously playful sentimentality which means that Rodeo will give your soul a prod to see if it is still alive as you get snared by the seriously lacerating melodic hooks.

The Impersonators may be a new name for the airwaves, but the talented duo behind the moniker definitely aren’t fresh from their inception. Tom Tikka and Antti Autio were formerly two important components of one of Finland’s hottest Rock acts, Carmen Gray. The same talent is exhibited, but a far more organic sense of soul is on offer. You just can’t help getting pulled into the dreamy Pop-laden melodies crafted by The Impersonators.

You can check out The Impersonators’ single Rodeo by heading over to Spotify.

If you never need all too much convincing to delve into 90s & 00s nostalgia, Crossing i’s Dotting t’s’ grungy angsty Alt-Rock track “My Nights End in a Disaster” is sure to get you there.

It’s safe to say that they’ve successfully revived the Emo Rock we all came to love thanks to iconic acts such as Jimmy Eat World, New Found Glory and Simple Plan. But you can expect much more than just assimilation in My Nights end in a Disaster. They’ve put their own Garage Rock kaleidoscopic spin on the style.

Their virtuosic ability to shred mind-altering solos paired with their frenetic tightness of the instrumental arrangement and the confrontational yet comforting vocals are an intoxicating mix which you’ll want to get drunk on time and time again.

You can check out My Nights End in a Disaster via Spotify. 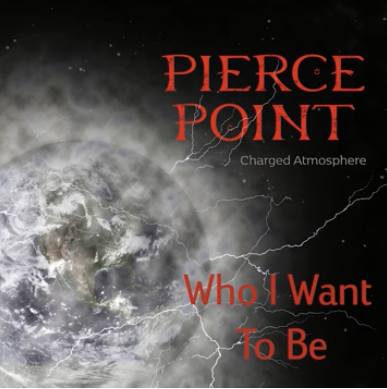 Any fans of early Faith No More and Alice in Chains are definitely going to want to indulge in the Funk-soak raucously eclectic Rock hit “Who I Want to Be” by up and coming solo artist Pierce Point.

There may be plenty of aural nostalgia woven into the track, but Pierce Point possesses enough distinction and flair to revive those dusty Grunge Rock tones and remind you why you fell in love with them in the first place. There’s something all too indulgent about the driving wah-soaked guitar solos sliding against the caustic slaps of the bass which utterly consumes your consciousness.

Pierce Point is definitely one to watch, you might want to warm up a comfortable spot on your radar for their smooth soulful sound.

Who I Want to Be is just one of the tracks off the artist’s Charged Atmosphere EP. For more info, head over to the artist’s Facebook page or website. 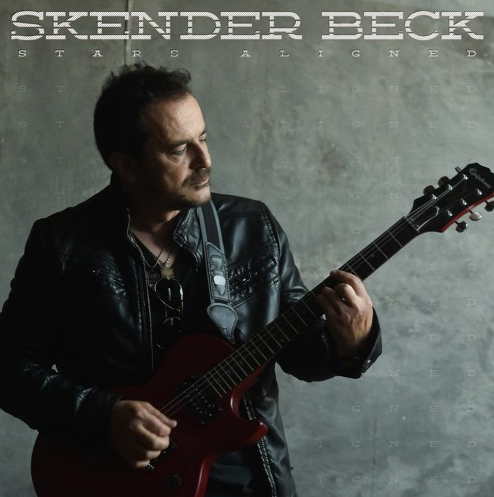 Artist, composer and producer Terry McGee has made an ever-lasting impression on the airwaves with their distinct guitar driven retro sound. You’ll get to hear the best of it by hitting play on the standout track “Falling for You” which can be found on their 2020 album “Beside Myself”.

If you love your aural nostalgia served with a side of ingenuity, you’ll find it all too easy to become enamoured by Terry McGee’s tonally hypnotic instrumentals which are complemented by their 80s Pop-style vocals.

Any fans of Brian Adams and Hughey Lewis and the News will be left with no choice when it comes to falling into the amorously emotive soundscape, although I’m not entirely sure which brings more sensual appeal, the vocals or the solos.

You can check out Falling for You along with the rest of Terry McGee’s album via Spotify.

Alt-Rock fourpiece Sahara Line has cooked up a progressively fierce storm with their single “Plead”. Any fans of Muse, 30 Seconds to Mars and Pink Floyd are going to want to pay it some serious attention.

Plead defies the Geographical constraints which constrict so Liverpool-based artists, Sahara Line will put the city back on the aural map with a completely new scuzzy Prog Rock sound. But if you immerse yourself deep enough in the track, you’ll get to pull out the psychedelically mind-warping nuances which the city is famous for.

The pulsating distorted rhythms may bring a sludgy amount of doom to the gothic soundscape, but the striking vocals cut right through it, with crystal-clear harmonies which will crawl under your ribs, it’s safe to say that Sahara Line is one of the most exciting acts around in the UK right now. Their completely authentic, soul-quakingly evocative sound is exactly what the airwaves need.

You can check out Plead for yourselves by heading over to SoundCloud now.

Rock aficionados will be enraptured before the first solo has time to make your jaw drop. But Limerence isn’t solely about Chris Mike’s fretboard wizardry. With symphonic elements amplifying the energy of the electrifying mix, you’re in for a raucously euphoric treat.

We might not be able to go to gigs right now, but even if I found myself front-row for my favourite artist, I’m not entirely sure I could be as blown away as I was when listening to Limerence for the first time.

There’s no amount of acclaim that Limerence is unworthy of. Not only is Chris Mike one of the most talented instrumentalists I’ve heard in 2020, there’s also plenty of distinctive flair around his rhythmically masterful shredding. I think I’ve found a new guitar hero.

Limerence is just one of the tracks which will be featured on the artist’s forthcoming album Socialholic which is due to drop on October 16th. You can pre-save the album via this link.

You can check out the official video to Chris Mike’s single Limerence for yourselves by heading over to YouTube.