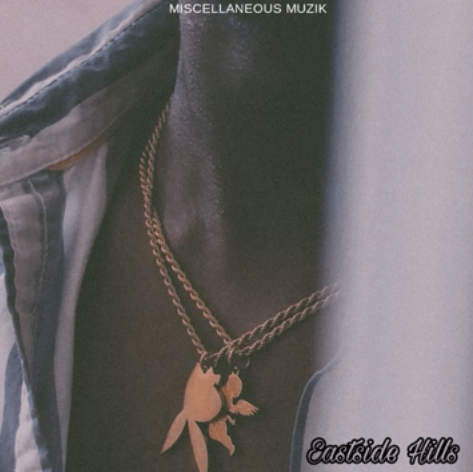 Many cities are renowned for the Hip Hop artists they produce, but if you step outside of New York, LA and Detroit, you’ll encounter beguilingly distinctive Rap artists such as Sayii January.

The old school jazzy sound may be a commonly-found nuance in contemporary Hip Hop, but when listening to Eastside Hills, it may as well have been the first time you get to drink in the trickling organic notes around the steady tempo of the Trap beats.

After hearing Eastside Hills, it is safe to say that if anyone can put Athens on the map for Hip Hop, it’s Sayii January.

You can check out their sensually approach to their sound for yourselves by heading over to iTunes now.

Remember when we all got ridiculously excited at the start of lockdown about the great art which would come into fruition? Well, here it is, in the form of Alt Hip Hop artist Shareef’s single Reggiano.

Reggiano is just one of the soulfully entrancing, experimentally invigorating singles featured on their 2020 album “Assorted Gelato: The Dream of Sleepy Nelson”. From that endearingly creative title, you can get a good idea of the playful ingenuity which will greet you if you hit play on Reggiano. The soulfully eccentric take on Hip Hop which uses grooving Jazzy elements of Neo-Soul only gets better with repeat attention.

You can check out Reggiano along with the rest of Shareef’s ground-breakingly soulful album via Spotify.

The first few pensive notes in Piff Cherry’s recently released single Ride set you up for a stylistic feat of Indie in the same vein as the likes of the National. Yet, the ever-evolving soundscape was given free rein without the constraints of genre boundaries.

With elements of Hip Hop, Indie, Pop and NeoSoul all weaved into the short and sweet mix, it’s dynamically captivating from start to finish. There’s little room to wonder why Piff Cherry has garnered plenty of hype with her distinctively seductive sound. The contrast between the plaintive keys and the sharp rattle of the Trap-style beats adds enough depth to Ride that it’s all too easy to sink into.

You can check out Piff Cherry’s single Ride for yourselves by heading over to Spotify.

Prior to lockdown, Ramsell had just come off a run of gigs including The Alternative Escape, Cargo and O2 Academy2 Islington with his group DBA; now he’s dropped ‘Lockdown: The Playlist’, a collection of ‘ten tracks, ten different vibes’, all put together with Ramsell’s vocals atop instrumental tracks composed by his friend and collaborator the multi-platinum producer Jackson Romain (Gunna, Chris Brown, Offset). ‘Instagram Models’ is laid back urban RnB, an edgy urban vocal in the style of Skepta or AJ Tracey over chilled vibes from Romain, telling the story of a world of influencers, photo-ops, and falsehood; Ramsell’s London, in four-minute microcosm.

Jesenia – Made It: Feisty Fresh RnB

Up and coming artist Jesenia has proven just how much feisty attitude can be thrown into RnB with her latest single Made It.

There’s nothing quite like succeeding despite the lack of faith from other people. With Made It, Jesenia perfectly captures that gratifying feeling of being able to say “Bitch I made it”.

Producer Harry Cuschieri AKA cuschicooks ensured that the smooth RnB Trap beats matched Jesenia’s fresh and strong approach to the genre. The soundscape may take some unconventional instrumental turns. But the exhibition of ingenuity will leave you transfixed by the track which drips with style, empowering conviction and magnetic energy which you’d be hard-pressed to find another track offering. Get her on your radar.

You can check out Jesenia’s single Made It for yourselves by heading over to SoundCloud now.

Alt Hip Hop artist Mr?E has made their genre-mashing debut with the album “Guardian”

Breaking artist Mr?E has dropped their genre-mashing debut album Guardian. While each track was as lyrically transfixing as the last, the best introduction to Mr?E’s soulfully eclectic sound is “My Guardian”

My Guardian kicks off with a slight 80s Synthpop vibe before nuances of RnB and Hip Hop start to weave into the consistently progressive mix. You’ll even find elements of Indie with the rhythmically soul-restoring release.

If Eminem started creating wholesomely inspirational tracks, I have a feeling that it would turn out a little like My Guardian. Mr?E Rap bars share a similar perfectly-metered quickfire style which makes it all too easy for the meaning in the lyrics to resonate. Hip Hop debuts don’t often come as promising as this. Do yourselves a favour and hit play.

You can check out Mr?E’s track My Guardian via Spotify or head over to YouTube.

A1OURWORLD passes the vibe check with their latest single “7.weekly”

A1OURWORLD dropped their latest single 7.weekly on August 14th, the fresh vibing Hip Hop drop will be right at home on your Summer Hip Hop playlists.

The grooving beats are a minefield of sharp melodic hooks which ensure that your attention never falters from the melodic instrumentals which create the perfect platform for A1OURWORLD’s high-vibe playful Rap bars.

Under the smooth production, you’ll find elements of Old School Hip Hop and RnB, but A1OURWORLD discernibly didn’t fail to create a mix which drips with commercial potential. Oh, and good luck getting the melody out of your head after hearing it. As far as Hip Hop earworms go, they don’t come much more stubborn than the one contained in 7.weekly.

You can check it out via SoundCloud now.

2020 has sucked in pretty much every capacity aside from the new music is being born from these perplexing and anger-inducing times. Breaking Hip Hop artist Sai dropped their new album on XVII on July 10th and poured some much-needed soul onto the airwaves.

Each of the tracks on the release possesses the ability to leave you feeling uplifted, but you’ll practically reach a new plateau when you hit play on Blessings in Time. The Jazz-laden downtempo feat of RnB-infused Hip Hop feels more insightful and inspirational with every listen. And that’s not the only reason while you’ll want to give Blessings in Time plenty of repeat attention.

The authentic, accessible and expressive mix is exactly the kind of music we need on the airwaves today. It’s raw, it’s honest, it’s humble, but most importantly, it has the potential to organically offer good vibes.

You can check out Sai’s single Blessings in Time via Apple Music now.

The perfect introduction to their smooth and soulful sound is the standout single “Braving the Storm” featuring FK Osha. The radio-ready hit kicks off with a mesmerizingly teasing start. From out of the lush reverb, Toks high-vibe vocals kick in and project plenty of high-vibe energy into the soundscape.

Braving the Storm improves with every listen to thanks to the intellectual and inspiring lyricism which Toks weaved into the mix. Each time you hit play, you’ll connect to a different part of Toks’ uplifting introspection.

Given that we’ve all just been through a global pandemic together, I can imagine plenty of people will find resonance in Braving the Storm. The track just keeps on giving.

You can check out Toks’ EP 5 Designs for yourselves by heading over to Spotify now.

Following on from the success of their first album Angelic Divination, Hip Hop artist Eye o mighty has dropped another firestorm of a release with their sophomore album Xxpandora.

Xxpandora was released on July 20th and while each track is indulgently sweet as the last, the perfect introduction to Eye o mighty’s sound is irrefutably Xxaura featuring Naya Papaya. With the smooth hazy and distinctive spiritual vibes, Xxaura unravels as a captivatingly transfixing hit which is as uplifting as it is energetically invigorating.

More often than not, ‘feel-good’ tracks smack with insincerity, but with Eye o mighty, you get the sense that Xxaura came straight from their playfully charismatic soul.

You can check out Xxaura along with the rest of Eye o mighty’s album Xxpandora for yourselves by heading over to apple music.