Spotlight Feature: Mr Streetz set the bar for other UK rappers’ bars in the first single from his dynamically soulful LP, Wins & Bosses 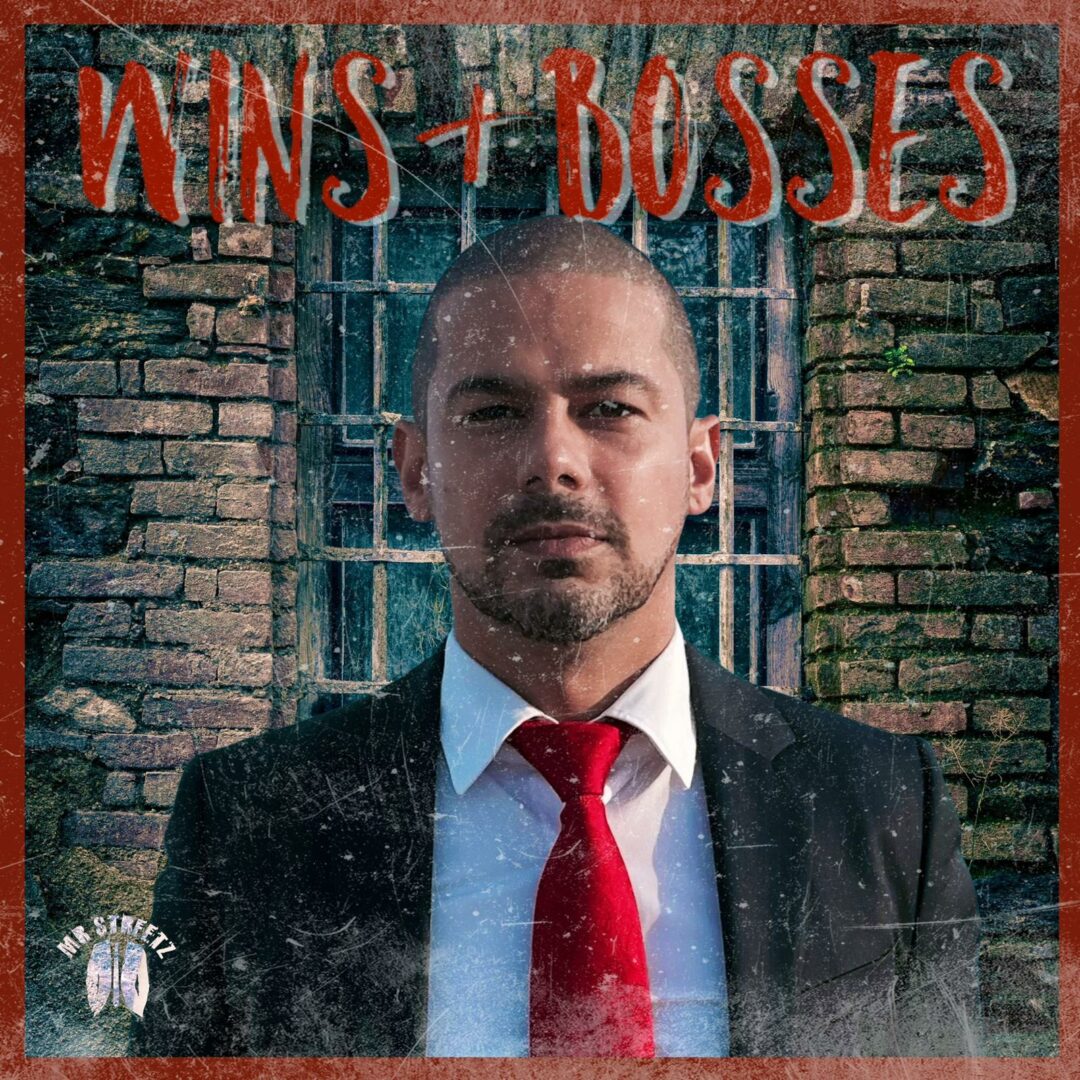 With the soul of Hozier, the grit of Stormzy, the instrumental flair of Rag’n’Bone man and a charisma that is undeniably his own, Mr Streetz created the ultimate hustler hip-hop track with Rags to Riches, taken from his upcoming album, Wins & Bosses.

For the last few years, motivational rap tracks have peddled some dangerous tropes through the fetishization of working your fingers to the bone in ‘the grind’. Mr Streetz provided a more realistic account of an ascent to greatness, which organically makes his driven demeanour that has left success in his sightline since his debut infectious.

After making his debut during lockdown, the UK rapper has dropped 25 singles, three EPs and one album. To date, he has garnered over one million streams on YouTube and 700,000 on Spotify. With his single, Fish in the Sea, garnering over 200k streams alone. There is no stopping his momentum now.

He may be relatively fresh from his debut, but he has already perfected the art of commanding the mic by pouring an equal measure of soul, conviction and wit into it. His bars set the bar for every other UK rapper looking to make a distinctive mark.

“This album is a dedication to all the youngsters who grew up in the late 1990s early 2000s who wanted to be like the bad guys in gangster films, idolising that lifestyle and the money they made.”

The Wins & Bosses LP will officially release on February 24th.

Until then, get your Mr Streetz fill through Rags to Riches on Spotify. 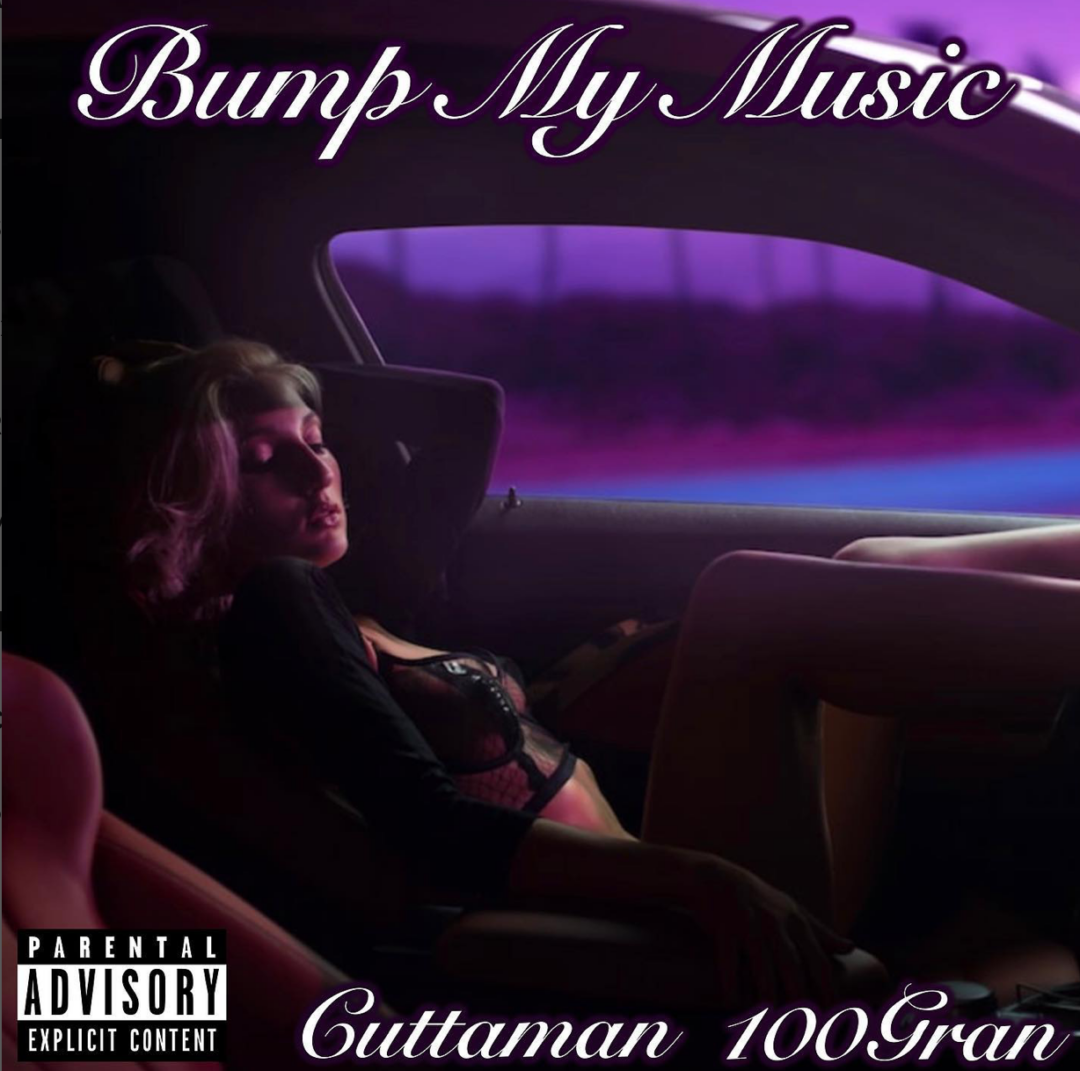 After opening for Pastor Troy in South Carolina, recording records for Dr Dre and performing in front of 8,000 people at a concert in Rockingham, NC, the Charlotte, NC-hailing luminary rapper, Cuttaman 100gran, is here with his latest single, Bump My Music.

Slick with style and vibing with an infectious attitude, Bump My Music is the ultimate middle finger to the people in your life that stay on the sidelines instead of getting behind you. Paying homage to his muses, Cuttaman 100gran rides his own wave while staying in the fast lane with his sharply steady rap bars and beats that break the hip-hop mould.

Any fans of Kevin Gates, Roddy Ricch and Rod Wave will be addicted once they get a taste of the grinding urban aesthetic that balances hard-hitting percussion with wavy reverb production – engineered by the legendary sound designer, Bungies.

“When you have women in your life that are inspired by your stories, telling them becomes a lifestyle. Them being around me on a day-to-day basis makes every lyric that much more surreal. Their enthusiasm inspired the track.”

For his latest drop, the multi-award-winning Canadian hip hop luminary and mental health advocate Sirreal collaborated with Revron to create the volume-cranking bass-heavy drop RAZE THAT ROOF. Whether he’s bringing the party atmosphere to the stage or your speakers, his socially conscious and clever material is one surefire way to raise the adrenalin. It isn’t every day you get hyped by sheer talent alone.

With the sharp and witty lyricism stoking the fire, the track is almost enough to start a zombie apocalypse by raising the dead, let alone the roof. His cheeky, high-energy vocal delivery puts plenty of stake to his claim that there’s no roof that will be intact when he steps to the mic under it. After claiming pretty much every accolade there is for a Rapper in Canada, it is only a matter of time before he deservedly goes international.

The 4K official music video for RAZE THAT ROOF is now available to stream on YouTube.

I’m Not Going Back: Bay Area-based trap artist Salvarez hasn’t been the same lately on 30

After questioning his purpose lately on the multi-lingual gem for us to savour for its frankness, Salvarez thinks profoundly about the next step of his life with the superbly detailed new single called 30.

Salvarez is a San Francisco Bay Area-based indie trap artist who swerves through the doubters and takes us for a ride to remember on each track.

With his new EP Otra Vez on the way,  Salvarez hungrily extinguishes all haters with a comprehensive rap display. This is the kind of track to play loud when extra motivation is needed, to move on from a stagnate state of affairs.

30 from San Francisco Bay Area-based indie trap artist Salvarez is a lyrically astute single which will wake up anyone from a sleepy slumber. Drenched with a true insight into a relatable feeling which can consume many for too long, we find a hungry artist who is ready for anything.

Listen up to this new single on Spotify. View more on the IG.

Indio, California rapper, engineer, and producer $LADEGEEKIN, has dropped his sophomore hit, REDO. If it has been a while since a hard-hitting hip-hop production has left an ever-lasting mark on your rhythmic pulses and psyche, delve right into the hit that makes it impossible to resist the mesmerism in the beats.

After an intro of inventively arranged effect-laden guitars, $LADEGEEKIN starts to bridge the gap between alt-hip-hop and the West Coast style. Even with the passion poured into the narratively vulnerable bars, they keep an assuredly steady pace to become the centre of gravity within REDO.

His debut single, $our Diesel, was impressive. With his sophomore single, he’s proven that he’s got exactly what it takes to make his way up from the Cali underground hip-hop scene. Save a spot on your radar. We’d put money on more infectiously intellectual hits being in the pipeline.

REDO was officially released on December 25th. Hear it on Spotify.

Cleveland, Ohio-born, Atlanta-based artist Caleb X started a flood of tranquil melodicism by bringing in the new wave of hip-hop with his latest single, Peace.

Even with the nostalgic samples implanted in the glossily smooth hit, which illuminates the path to catharsis and emotional sanctity, there is no denying the experimentally contemporary edge that effortlessly complements the authenticity within the bars.

Though he may be influenced by DMX and Tupac, Caleb X ripped up the hip-hop rulebook before creating this vibe-heavy hit that will spice any future-embracing hip-hop playlist up with its mellifluous soul and style.

Peace was officially released on January 20th. Hear it on Spotify.

JD True pulled back the curtain in his groove-slicked hip-hop track, Red Pill

While some hip-hop artists need an entire discography to prove their dynamism, the songwriter and rapper JD True only needed three minutes. With superlative style and soul, his latest single, Red Pill, pulls back the curtain on formerly hidden facets of society and how they make their mark on the psyche.

Kicking off with a smooth old-school prelude with funk-chopped staccato guitars, the atmosphere pulls into the mix simultaneously with the melodicism as JD True uses the intricately weaved instrumental layers as a rhythmically mesmerising platform to filter his energetic flow into.

Based on Red Pill alone, it is no wonder that the artist who takes inspiration from Kanye, J Cole, and Big Krit has had no issues garnering hype since his 2021 debut single, Crown Me.

Red Pill was officially released on January 19th. Check it out on Spotify.

Sometimes it’s hard to tell where the line is between imitation and style. It might be because there is so much music that comes out regularly, it might be because the successful aspects of music making are so well disseminated, and it very well may be that I am out of touch with the popular world. Not that any of these are mutually exclusive. All that being said, it’s nice to hear an artist that has something new to offer in the way of hip-hop, especially in the vocal and lyrical realm. For the above sentiment, I’m speaking about Daun Facts, a Chicago artist who ventures into both music and other creative works. I listened to his newest track “Msanii,” a hypnotic tune that had me bouncing in the car while driving home from work this evening.

The fingerpicking guitar gives a motion to an otherwise downtempo track – little bleeps and sparse drums create the perfect atmosphere for the vocals to shine. Daun Facts knows rapid lyrics fluently – he effortlessly spits lines that would leave most of us tongue tied. The song even features minor religious elements which was a nice surprise – kind of like a literary grounding to the whole experience.

Over on his Instagram, we get the see the entrepreneurial side of Daun Facts – with tons of merch for sale and attractive people modelling it. Additionally, we get to see photos of him with friends, dressed to the nines, and even a good looking pup standing guard; needless to say, it seems as though Mr. Facts leads something of a charmed life – and good for him.

New Jersey Trap Icon C.A.P the Rapper’s bars are as sharp as his bite in ‘Dogz’

At 17, the New Jersey trap artist C.A.P the Rapper is already proving to be an elemental force to be reckoned with. His adrenaline-packed latest single, Dogz, makes no bones about highlighting everything problematic in the industry and the broader society.

Many artists claim to put energy into their bars; you could run a power grid off the bars in Dogz that fiercely attack the people that are relentless in their tendency to take liberties. Someone has to hold them accountable, and it’s safe to say that C.A.P the rapper has them in an inescapable stranglehold in Dogz.

Dogz was officially released on January 13th. Hear it on Apple Music & YouTube.

Chizabam cranked up the heat in Dallas with his head spin of a hip-hop anthem, Shame

Dallas rapper, lyricist, poet, producer, and sound engineer Chizabam cranked up the energy to the nth degree in his almost nuclear hip-hop hit, Shame. With the grit of hustler hip-hop, the blazing beats of a body-rocking hip-hop anthem and enough vocal twists to get your head in a spin, Shame is a track you will need to be concussed to forget.

The luminary artist stepped to the mic with a tragically rare sense of authenticity and fiery motivation to verse vindication to his fanbase that is rapidly expanding across the globe in reaction to his juggernautical ability to charge right through his bars like a one-man sonic stampede.

It is only a matter of time before the world recognises Chizabam for the hip-hop heavyweight he is. He’s not an icon in the making; he’s already the complete dynamic package.

Watch the official music video for Shame on YouTube.