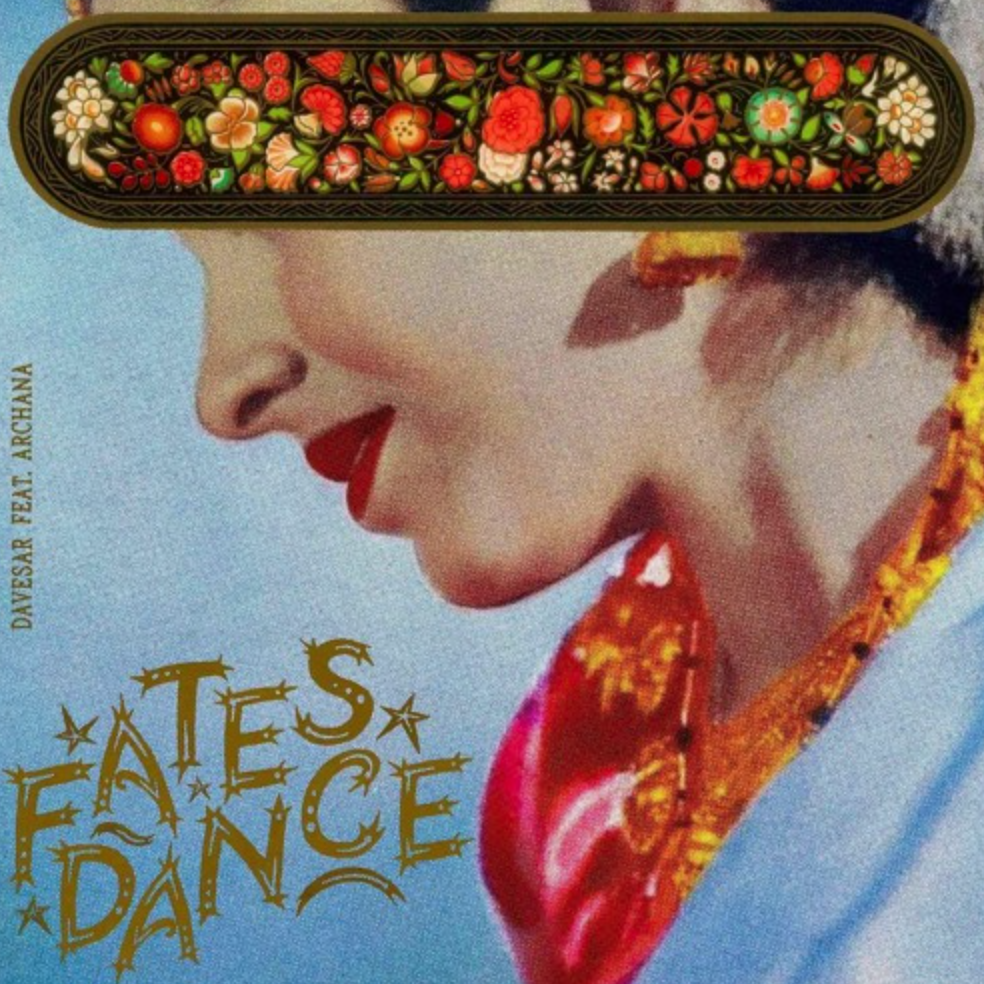 NYC artist and producer, Davesar, may be still flying under the radar since his debut but with his latest dark and moody single, Fates Dance, featuring Archana, he’s proven that he has what it takes to climb the electronic charts.

Fates Dance carries the gravitas of Warpaint, Portishead, Policia, Chelsea Wolfe and Crystal Castles with all of the excitement of discovering a new artist with the ability to orchestrate his own very distinct brand of dark dancey alchemy. The indietronica beats are a triumph within themselves; in combination with the clever layering of vocal melodies, Fates Dance feels like exactly that; a whirlwind of rhythm through the futility of trying to control your fate.

Archana’s sultry in spite of being commanding vocals were a perfect fit for the track around Davesar’s compassionately gentle vocal timbre. The collaborative chemistry between them is potent; we can only hope there is more music from the collab in the pipeline.

Fates Dance is due for release on November 19th, 2021. You can catch it for yourselves by heading over to SoundCloud.

The lead track, Take Me Far Away, is a quiescently meditative soundscape that resonates like the calm after a storm. The Canadian singer-songwriter, producer and DJ has taken a structurally experimental approach to her music since her debut but it truly shines through in the ambience of Take Me Away, which falls away from the ABABCB structure and grooves through dreamy experimental progressions which tie in nuances of dream pop, trip-hop.

Take Me Far Away is now available to stream and purchase on Bandcamp.

After previously having his music placed in Netflix’s “Grand Army” and the CW’s “Black Lightning”, Remy Prosper slices off a sizzling single off his 5-track EP release called ‘Supernova‘, with the hot track to raise your temperature called ‘U Don’t Know‘.

”His distinct sound and production style stems from a wide range of influences. From classical baroque music to Quincy Jones and The Beatles, Remy’s music background has always been eclectic.” ~ Remy Prosper

You sense that this is a top track to lather calmly inside, with a delightful and elegant style that has you feeling so reinvigorated by the quality brought forward. Streaming into your curious mind with much class – this is a sensual song to be truly enamoured by – as each second just seems to get better and better.

‘U Don’t Know‘ from the Los Angeles/Miami-based composer and music producer Remy Prosper, sends a shiver through your spine that you might have forgotten existed. There is a ravishing beat here that totally captivates you on this deep house gem of note, that is the perfect Friday night track to truly sink your whole body into. Made with a crystalized feeling you just can’t shake off, there is much to love about a track that will truly have your heart beating so much faster.

Check out this top new single on Spotify and see more on the IG music page.

Atlanta-based alt-folk singer-songwriter, Maq has made her debut with the experimentally blissful RnB track, Kaleidoscope. Her producer, Yoko, notably shared her vision of disrupting aural norms; by taking the majority of the focus away from the smoothly layered vocals, Kaleidoscope became a soundscape that you can’t help melting into.

We hope there’s plenty more soul-infused catharsis in the pipeline from this ambiently Avant singer-songwriter & producer duo who peruse art over perfection and narratives over hooks; they’re the ultimate indie power couple.

Kaleidoscope is now available to stream on SoundCloud. 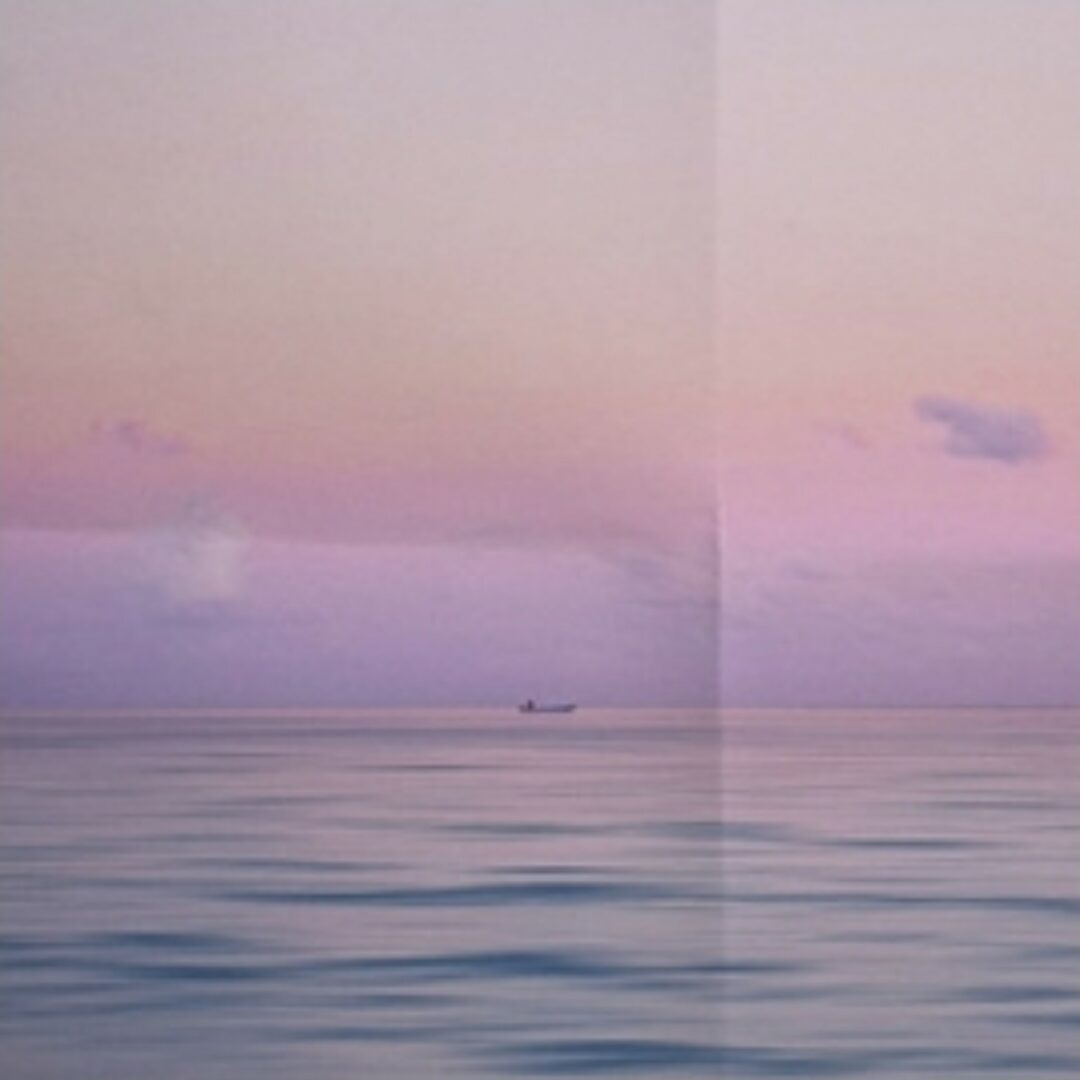 ‘sweet memories’ is the latest Synesthesia-inducing single to be released by the Netherlands-based chill hop experimentalist, artist and producer, !Noj.

The ambient lullaby chimes through hypnotic melodies, leaving ample space for points of reflection before the next progression that drags you deeper into the soundscape. With the beats keeping track like a metronome, the neo-classically underlined melodies add even more magnetism to the instrumental score.

sweet memories is enough to impart what it says on the tin; it provides a brief window of tranquillity; given the times we’re living in, you should probably take any chance you get to pull your mind out of the gutter.

Check out !Noj via Soundcloud.

Bringing us a much-needed ray of hope when we all required it the most, Trevor Gerard is at his crystal clear calm best with his latest tranquilizing track that will put you into a mellow mood with ‘Window Pane‘.

Trevor Gerard is an experienced indie instrumental artist and music producer from Perth, Western Australia. He makes a sentimental blend of beautifully created earth-escapes for the fragile soul to nourish on, while we heal from all the recent trauma.

”I put this one together for anyone feeling stuck at one place whatever your circumstances may be. Your moment will come, that window will open and let the breeze back in.” ~ Trevor Gerard

This the heartfelt message of being patient as you wait for your time, as its creation has been sent out with purpose to remind us all that not everything you want happens all at once. In fact, anything truly satisfying is definitely worth the wait as it will be much more exciting, when you achieve your manifested-to-the-stars goal.

”He has previously written, produced and performed music as a member of Perth Electronic Indie outfit Our Man in Berlin.” ~ Trevor Gerard

‘Window Pane‘ from the Perth, Western Australia-based music producer and indie artist Trevor Gerard, is such a peaceful experience, that your whole body suddenly feels much more relaxed than before. His shining quality drifts through like the comforting breeze he intended it to be – as this is a track to play when you need to get away from all the tiresome distractions – that builds up all the unnecessary tension you need to let go.

Hear this lovely new single on Spotify and see more via the IG music page.

Get your euphoria fix with MAR1’s alt-electronica single, Someone Else

If it has been a while since you’ve encountered an uplifting track that does what it says on the tin, delve into MAR1’s hyper-pop dance track, Someone Else, which uses distorted vocals that find ubiquitous synergy with the beats.

Someone Else was never orchestrated to fall in line with contemporary trends or style. The Alexandria, Egypt-hailing producer and DJ thrives when his electronic craft knows no stylistic bounds. Experimental it may be, but by no means is MAR1’s evocative sound niche. The artist has counted plenty of successes in his career, including joining big-name acts at festivals such as Firefly Music Festival. Something tells us that MAR1 won’t stop there, considering that his potential leaves us with as much hype as his energetic sound itself.

For the sake of your serotonin levels, safe space on your radar.

Someone Else is now available to stream via Spotify.

Washington DC hailing artist and producer Zazen made the basslines even deeper in his remix of the world-renowned Dutch DJ and EDM producer FAULHABER’s seminal single, Go Ahead Now. The original was a fine feat of Euro-dance; under Zazen’s production, the track became infinitely more captivating with the ominous layers of reverb over dark tones and the breaks that became infinitely more extreme.

Since 2012, the independent artist, Zazen, has become renowned for his dynamic style that fuses future house with hard kicks and clean bass lines. For anyone who likes their EDM on the filthier side, you’ll find plenty of playlist stapes in his collection of original tracks and remixes.

You can stream Zazen’s remix of Go Ahead Now via SoundCloud.

The People Love Me: Gianluca John Attanasio takes us on a worldwide journey on ‘King Money’

Released off 2020’s thirteen-track album called ‘Beyond2Doors‘, Gianluca John Attanasio is at his best with a vividly descriptive video that has captured footage from his wildly exciting performances all over the world with ‘King Money‘.

This is a top quality track that has you thinking deeply about your own travels – and what money actually means to you –  to ponder if it can truly control you, or actually set you free in your valuable mind. With so much to see and do, its up to us to make that decision after all and to never look back.

‘King Money‘ from the classy London-based Italian indie rock singer-songwriter and composer Gianluca John Attanasio, is that intimate story about travelling the world and seeking out the truth in what you see. Sung with a real grit and honest introspection, we are wrapped inside the mind of a true underrated legend. He sings with a real honesty and is clearly in tune with the inner workings of the world, wherever he goes.

This is the type of well-received track to have you dusting off that lonely passport – waiting for those formally busy roads and flights to open up freely again – so you can experience all these wonderfully unique countries, with their own unique personality inside for us to learn from.

See his new video on YouTube and find out more on the IG music page.

The Acme Corporation present their sublime musical take on T. S. Eliot’s He Do the Police in Different Voices.

‘He Do the Police in Different Voices’ is the stellar album-musical adapted from T. S. Eliot’s The Waste Land by composer, theatre director and co-founder of the Acme Corporation, Stephen Nunns.

For those previously unacquainted with Eliot’s iconic ground-breaking work, He Do the Police in Different voices explores T. S. Eliot’s rocky relationship with his wife, Vivian.

The jazzy noir pop single, A Handful of Dust, brings Eliot’s fiery account of frustrated passion to life with the finesse that you’d expect from an accolade-decorated Broadway director. O’Malley Steuerman’s sultry vocal timbre holds no prisoner while resonating through perfect pitch over the instrumental arrangement where synths, electric sitar, and lap steel notes bring a gritty atmosphere synonymous with the beat generation. Ironically, Nunns emanated the air that Eliot was always considered too grandiose for.

He Do the Police in Different Voices is now available to stream and purchase via Bandcamp.