Grab a seat at the table for Tuncratio’s atmospheric alt-rock instrumental, Feast of Nothing

There’s something in the atmosphere of Tuncratio’s seminal instrumental alt-rock single, Feast of Nothing. The intro instrumental framework threw me right back to when Alexisonfire was a prized possession in my CD collection. Feast of Nothing then progresses into a deeply evocative melodic piece with complex time signatures that compel you to lean deeper into the alluring sonic mise en scene that cinematically wraps up through a cinematically orchestral outro.

The Italian-born, Scottish-by-adaption multi-instrumentalist and producer entered the music industry in the early 2000s. Not one to feel sated in the confines of one genre, his music spans across multiple, often in the space of one track. In his eclectic range of influences, Smashing Pumpkins, Mogwai and Deftones often push to the forefront in his sonic signature scribbled across his discography. Tuncratio’s back catalogue currently consists of two LPS, two mixtapes and the EP, Elephant in the Room, from which Feast of Nothing was taken.

Feast of Nothing was officially released on December 12th; catch it on Spotify. Stay tuned for Tuncratio’s upcoming

Templemind reached the pinnacle of life-affirming alt-rock anthems with, More to This Life

I don’t make a habit of head-banging alone at home but I’m only human, and when Templemind’s latest single, More to This Life, flooded the room with visceral energy and hooky guitar riffs, getting caught up in the cathartic momentum was non-optional. The meditative yet rhythmically arresting propensities of the monolithic alt-rock track started to make a little more sense upon learning the single was tuned to 432Hz, which is proven to lower heart rates and heightens perception.

Starting with a disconcerted scratchy prelude that threw me right back to my teen days obsessing over Linkin Park’s raw introspection and catapulting into an alt-rock soundscape which raises the vibe with funky angular guitar chops around the massive synth lines and grittier tones, More to This Life is a life-affirming lesson in vindication.

I’m going to throw professionalism out of the window and confess to fucking ADORING Templemind. Although I guess I’m not alone. After his 2022 debut, the mastermind behind the project, Philipp Schardt, amassed over 500,000 streams.

More to This Life is now available to Stream on Spotify.

After opening for the Plain White T’s and Hoobastank, LA alt-rock powerhouse Kiss the Scientist is priming the airwaves for their debut EP that is set to release in 2023. Their latest single, Waiting on the Rest of the World, starts with an ambient neoclassic stringed prelude before waves of momentously high energy break around the alt-rock instrumentals.

Strap yourselves in and prepare for off-kilter curveballing progressions that make delving back into Waiting on the Rest of the World infinitely pleasurable. With every repeat listen, you pull something new out of the multi-sensory experience that entices you with the punk ethos in the lyricism and the delicate motifs around the monolithic breakdowns.

The swirling psych-rock cascades cut up by classic rock riffs create a stunning score of ingenuity for lead singer and guitarist Max Tomack to lay down his dynamic vocals that range from ragged post-hardcore screams to hook-filled melodic lines.

As if we didn’t love the latest single already, we were infatuated upon finding out that all of the music that spills from the practice room is a happy accident made through their sheer unadulterated love of making music. We’re officially psyched for the debut EP.

Waiting on the Rest of the World will officially release on November 18th. Catch it on Spotify and all other major platforms via this link. Follow Kiss the Scientist on Instagram.

Posted on 13 November 2022
Hollowhead by The Vaulted Skies

The Vaulted Skies wrapped their signatory angular guitars around eastern rhythms in their achingly resonant exposition of grief, Hollowhead; penned and arranged to pay tribute to the singer-songwriter and guitarist, James Scott’s father, who left a legacy tainted by racial discrimination behind him in 2000.

Between the lines, tones, and artful aural abstractions of complicated desolation, Hollowhead transcribes personal loss while painting the universally relatable possessive nature of grief as it wraps around the physiological senses to leave us cold, dark, and hollow. I couldn’t help but see the contrast in the hallmark platitudes that cascade around the grief-stricken and the primally poetic outpour of emotion.

In the evocative context of the release, which uses dark post-grunge-y cascades accentuated with stinging orchestral layers to mirror the grappling sensations of grief that contest you into subjugation, the solid rock riff that sears towards the outro may be one of the most visceral I’ve ever heard. And if that sounds superfluous, you evidently haven’t heard the existential death roll off a riff in question yet. Get to it. From start to 6-minute finish, it’s sheer perfection.

Stream & purchase the official studio recording of Hollowhead on Bandcamp.

Inspired by the atrocities of Russia and the sense of powerlessness it has instilled in every sane mind, the alt-rock artist, Thurtythree released his latest single, Raid, featuring vocalist Christina Rotondo.

With ethereal vocal whispers in the same chilly vein as Celldweller around the raw alt-metal vocals, and the addition of Christina Rotondo’s empathy-eking glassy vocal timbre, Raid efficaciously hits hard. Especially through its lyrical wrestling with themes of war – external and internal. If any track captures the collective 2022 mood of helplessness and futility, it is Raid, which offers just as much progressive alchemy through the way the post-rock innovation meets punk-pierced alt-rock textures. Any fans of Eighteen Visions and All That Remains will want to take a cathartic hit on Raid.

Raid was officially released on October 14th. It is now available to stream on all major platforms. Check out the single via this link.

In his latest single, Traumatized, Thurtythree used every ounce of his existential-driven talent to reflect the visceral of PTSD. If you know, you know, if you don’t, Traumatized will paint a vividly off-kilter picture.

On top of Echo and the Bunnymen-Esque atmospheric guitars in the intro, the up-and-coming artist adds Linkin Park-reminiscent electronic effect and genre-obliterating vocals, which toy with dark trap and post-hardcore in the same breath.

The ardent ingenuity of the track leaves us with no room to question why the San Francisco-born artist has been able to amass a loyal fanbase. On top of his originated sonic style, fans can always expect resonant realism from the lyrics and the vocals in equal measure. Needless to say, he is one to watch.

Traumatized is now available to stream on Spotify.

After the infinitely experimental alt-electronica artist Nocturnal Omissions invited us into the sanctity of his 2021 album, Tempus Destinatum, we’ve been hoping to see a return of his cinematic blends of post-rock, synthwave and chillwave. 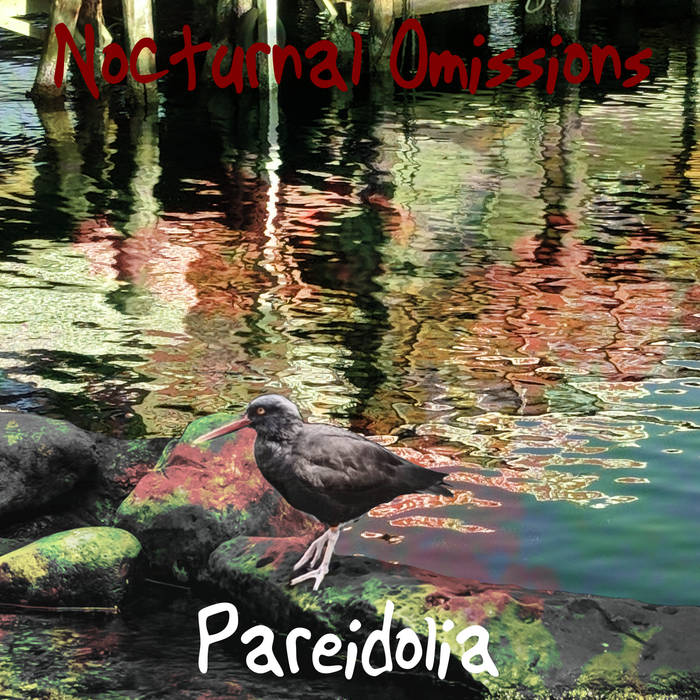 The standout single, Local Customs, from his 2022 album, Pareidolia, is quite the departure from the last time we heard the one-man production machine, but a welcome reprieve from the soul-less electronica that floods the internet. The spacey meandering synths kaleidoscopically drift through the soundscape until the first crashing crescendo that lets you know just how immersed you are by pulling you through the tumultuous shift before the ambience creeps back, albeit briefly before another hammering blow of a breakdown.

Alchemic creativity and confidence in autonomy aside, any artist with the humility to describe themselves as perpetually emerging is an artist you should have on your radar.

You can check out Nocturnal Omissions’ album Pareidolia via Apple Music & Bandcamp. 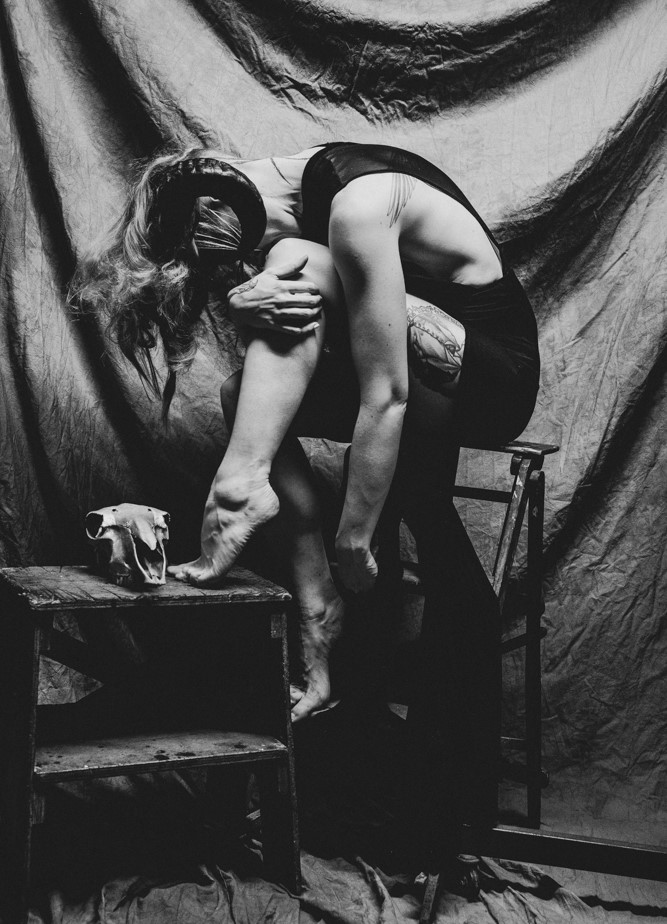 The coven, Birdeatsbaby, has reconvened to conjure the witchy alchemy found in the first single released from their occultist album, HEX. While I probably haven’t heard them all, it is still safe to say that ‘Ribbons’ is one of the most cinematic dark progressive lullabies ever scored.

By the time the outro hits, it’s hard not to feel desperation to hear what else is in store from the forthcoming LP. Whatever they’ve poured into their unique transfusions of baroque rock and metal is sure to beguile just as much as anything that In This Moment has produced. Notably, they’ve got a talent for balancing gravitas with catharsis.

Ribbons is due for official release; you can check it out for yourselves via Birdeatsbaby’s website.