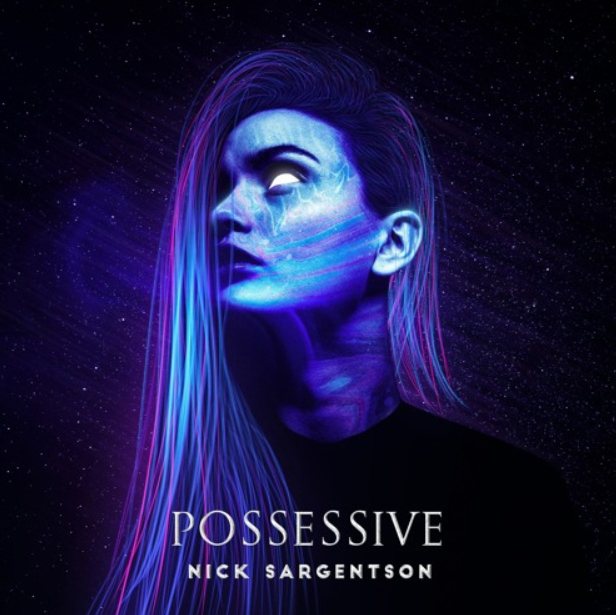 Don’t be surprised if you feel your heart reposition itself in your throat as you’re wrapped up in the sticky sweet melodies in Nick Sargentson’s upcoming single “Possessive”.

Possessive is just one of the singles which feature on the Melbourne-based singer songwriter’s debut EP which is due for release on 20th March 2020.

If you can imagine Eddie Vedder’s seductive vocal evocative appeal mixed with nuanced vocal harmonics you’d expect from the likes of Adam Levine and Shawn Mendes, you’ll be able to get an idea of what’s on offer through Possessive.

The track simply oozes homegrown soul. Yet, despite the humble nature of the track, there’s a perceptible innovative talent which would more than justify an ego; the self-taught guitarist definitely didn’t hold back when it came to the riffs in Possessive.

You can practically taste the chemistry contained in the latest single “Cross the Line” from up and coming artist Chellcy Reitsma which features vocals from Casper Mason.

The Alt Rock single boasts the same resounding prowess as cinematic power-pop ballads. Yet, with the inclusion of absorbing riffs in the full-bodied stylised instrumental arrangement, Cross the Line has plenty more bite than your archetypal love song. Alchemically, the high-octane energy of the Americana Country Rock elements didn’t chip away at the sticky-sweet sentiment. It just ensured that it resonated as powerful instead of saccharine.

You can check out Chellcy Reitsma’s latest single Cross the Line which was released on February 14th for yourselves by heading over to Spotify now.

I’ve been hooked on Josh Rosenblum’s nuanced euphoria-inducing Blues guitar style ever since hearing their standout single “Stormy” from their sensational 2018 album “Outlier”.

Their elevated, punchy, porously passionate Funk-soaked Blues Pop offers an unparalleled amount of energy which sugars the airwaves, making it practically impossible to feel bitter when you’re ingesting it. It also helps that their ability to craft infectiously happy melodies is practically arcane.

As someone who finds themselves predominantly drawn to music on the more pensive side through fear of encountering vacuously plasticised feel-good tracks, I’ve even surprised myself with how much adoration I have for their latest single “Hangin’ On”.

The raw human emotion projected into the single wasn’t hindered by the phenomenal production which ensured that Hangin’ On would become a radio-ready hit. It simply amplified the resonance which pours from the track which boasts an insane amount of commercial appeal. I’m fairly adamant there never has, and never will be Blues Pop riffs on the airwaves which share a stark reminiscence to Josh Rosenblum’s. His ability to humbly demonstrate his virtuosic prowess at the same time as creating such accessible music is tragically rare, but the shortfall has more than been made up for through Hangin’ On.

After signing with Pacific Records, we’re fairly convinced that massive things are in store for the Josh Rosenblum Band in 2020.

You can check out Hangin’ On which was released on February 7th along with all of the artist’s earlier releases via Spotify.

The prelude to Sofia Werner’s Pop single may fool you into believing that you’re in store for yet another archetypal quiescent delicate offering of sad Pop – then comes the unexpected addition of reverberant fuzzy experimental basslines. From there on out, the soundscape is transformed into an energetically commanding track which will keep you hooked right up until the outro.

If you could imagine what it would sound like if Taylor Swift and Muse collaborated on a record, you’ll get an idea of what Sofia Werner has to offer from her latest single. This is exactly the kind of pioneering nuance all artists should be aspiring to with their sound. Naturally, we’re all too excited to see what will come next from Sofia Werner.

You can check out Y along with Sofia Werner’s debut single “Like I’m Beautiful” for yourselves by heading over to Spotify now.

“Haven” is the standout track from up and coming Alt Pop artist Ruby Layne’s 2020 darkly arrestive self-titled EP. Pop doesn’t come much more atmospheric than this without making any compromise on the accessibility.

The moody and ominous tones will hook you in from the first verse. From there on out, you’ll be enveloped in a soundscape which finds the perfect balance between Alt Rock and Pop. Boasting the same dynamic vocal style as Evanescence’s Amy Lee along with a Post-Punk-laced moody atmospheric instrumental arrangement complete with pensive piano keys and angular guitars, Haven is a track which you’ll struggle to forget.

Ruby Layne may be fresh from her inception, but it’s already perceptibly clear that she has plenty to offer, and we’re all too excited to hear it.

You can check out Ruby Layne’s resoundingly raw single Haven for yourselves by heading over to Spotify.

Everything about the standout track “Last Summertime” from Indie Soul Pop artist Emily Rodriguez’s EP “In My Head” feels refreshingly candid and authentic.

The organic magnetism can be found in the lyrics, the melody, and the expressively dynamic vocal harmonics. It’s an evocative aural hat trick which pulls together under complete concordance.

The simplistic natural rhythms are set to an even pace and allow you to easily ingest the undiluted sentiment which greets you through the lyrics. By the time the track has come to a close, you’ll see why Emily Rodriguez chose “In My Head” as an EP title. It’s an unfiltered, no holds barred sticky-sweet soul exposing record which will undoubtedly see the artist go far.

You can check out Last Summertime along with the rest of Emily Rodriguez’s EP for yourselves via YouTube.

“Victorious” is the latest single to be released by the genre-defying up and coming artist Thomas Seibert. With a female vocalist lending her awe-inspiring tones, talent seeps from every note in Victorious.

Victorious starts off as a fairly archetypal offering of acoustic Folk Pop, but what follows is anything but typical. Classical strings collide with colossal blues riffs and fuse into an arrangement which you can’t resist rhythmically throwing yourself into.

But I’ll be incredibly honest until the seismic shift happened mid-way through the single, Thomas Seibert’s ability to construct commercially viable authentic sounds was in question. Yet, by the time Victorious faded to a close, I was left with all the affirmations of his ingenuity I needed to be sure that his unpredictable songwriting style can truly bring something new and dynamic to the airwaves. As it did with Victorious.

You can check out Victorious for yourselves by heading over to SoundCloud now.

Cars on Mars’ latest single “Summer” kicks off with quite possibly the most distinctive Indie Rock bassline you’ve ever heard.

The fuzzily striking licks introduce a soundscape which finds the perfect balance between the dark tones of Post Punk and the jangly quintessence of Indie Jangle Pop.

Any fans of the Wombats, The Kooks, Two Door Cinema Club, and the Vaccines are sure to appreciate Cars on Mars’ summer hit dropped in January.

After hearing the effervescently sun-kissed mix, I’m now under the firm impression that there is no better time to be listening to tracks which capture the warm nostalgia of summer’s past and instil you with anticipation for the ones to come.

In short, Summer is a vibrant hit and you’ll be doing yourselves a favour if you add it to your playlists.

You can check out the official video to Summer for yourselves by heading over to YouTube now.