The alt-rock originator, djamesk13, struck again with his grungy proto-punk single, And That’s Where It Ends, And So It All Begun

“And That’s Where It Ends, And So It All Begun” is the latest tonally sublime single released by the London-based alt-rock originator djamesk13 (David Kemp).

If Dinosaur Jr veered away from grunge and towards proto-punk and made a pit stop at 90s Britpop to pick up a bit of extra guitar swagger, the sonic result would be in a similar vein to this nostalgically produced hit.

The distortedly and poetically orchestrated single provides a definitive discourse on the nature of our lives which runs through like pre-determined chapters of destiny. Lament it or live it to the max, but that’s the nature of being, captured in the lyrical hooks in this epitomisingly sludgy earworm.

And That’s Where It Ends, And So It All Begun was officially released on November 19th. Catch it on SoundCloud.

The Outside Kids call for salvation in their grungy pop-punk visceral earworm, Hey God

With their Sub Pop record deal-worthy dynamic edge, The Outside Kids made us suckers for their cutting-edge nostalgic kicks through the lead single, Hey God, from their debut LP, Dirty Faces.

By implanting Green Day-style pop-punk hooks and a little RHCP melodicism in the 90s Seattle sound, the alt-rock duo found the perfect formula for earwormy infectious appeal in the contemporary rock scene. Sparked by a shared influence of Against Me! and Frank Turner, the duo’s symbiotically tight propensities entwine with their socially conscious edge to make their sound that little bit more soulfully gripping. The original icons of pop-punk got plenty right, but with evasive morality, the records will always resonate as bitterly juvenile; The Outside Kids brought the maturity the scene has always been deprived of.

The loud reprise of “can you hear me now” paired with the title of Hey God is a powerful allusion to the frustration we all feel when we forget that the world isn’t happening to us, we just happen to be here for the ride. Embrace the chaos with this perfect hit.

Hey God is now available to stream on Spotify with the rest of The Outside Kids’ album, Dirty Faces.

Posted on 13 November 2022
Hollowhead by The Vaulted Skies

The Vaulted Skies wrapped their signatory angular guitars around eastern rhythms in their achingly resonant exposition of grief, Hollowhead; penned and arranged to pay tribute to the singer-songwriter and guitarist, James Scott’s father, who left a legacy tainted by racial discrimination behind him in 2000.

Between the lines, tones, and artful aural abstractions of complicated desolation, Hollowhead transcribes personal loss while painting the universally relatable possessive nature of grief as it wraps around the physiological senses to leave us cold, dark, and hollow. I couldn’t help but see the contrast in the hallmark platitudes that cascade around the grief-stricken and the primally poetic outpour of emotion.

In the evocative context of the release, which uses dark post-grunge-y cascades accentuated with stinging orchestral layers to mirror the grappling sensations of grief that contest you into subjugation, the solid rock riff that sears towards the outro may be one of the most visceral I’ve ever heard. And if that sounds superfluous, you evidently haven’t heard the existential death roll off a riff in question yet. Get to it. From start to 6-minute finish, it’s sheer perfection.

Stream & purchase the official studio recording of Hollowhead on Bandcamp.

With their customised brand of regressive rock/trailer punk, O Odious Ones are putting the riff-driven teeth back into the bite of rock n roll. Their scuzzy single, Blues Waffle, interlays melodic grungy vocals with the raw-throated outcries of contempt directed at life’s protagonists who always make us regret misplacing trust, while the gnarled guitars put you in the headspace to sink a few warm beers with likeminded degenerates before going off into the night to fight a raccoon.

Just mind how you go searching for Blues Waffle; it could take you to some dark places. Don’t go alone; watch the live recording by Fallopium Films at the Flats Pub on YouTube, which is sure to fill you with envy for whoever got to taste Blues Waffle live. At least you can live the punch-drunk mayhem vicariously via their first official music video. 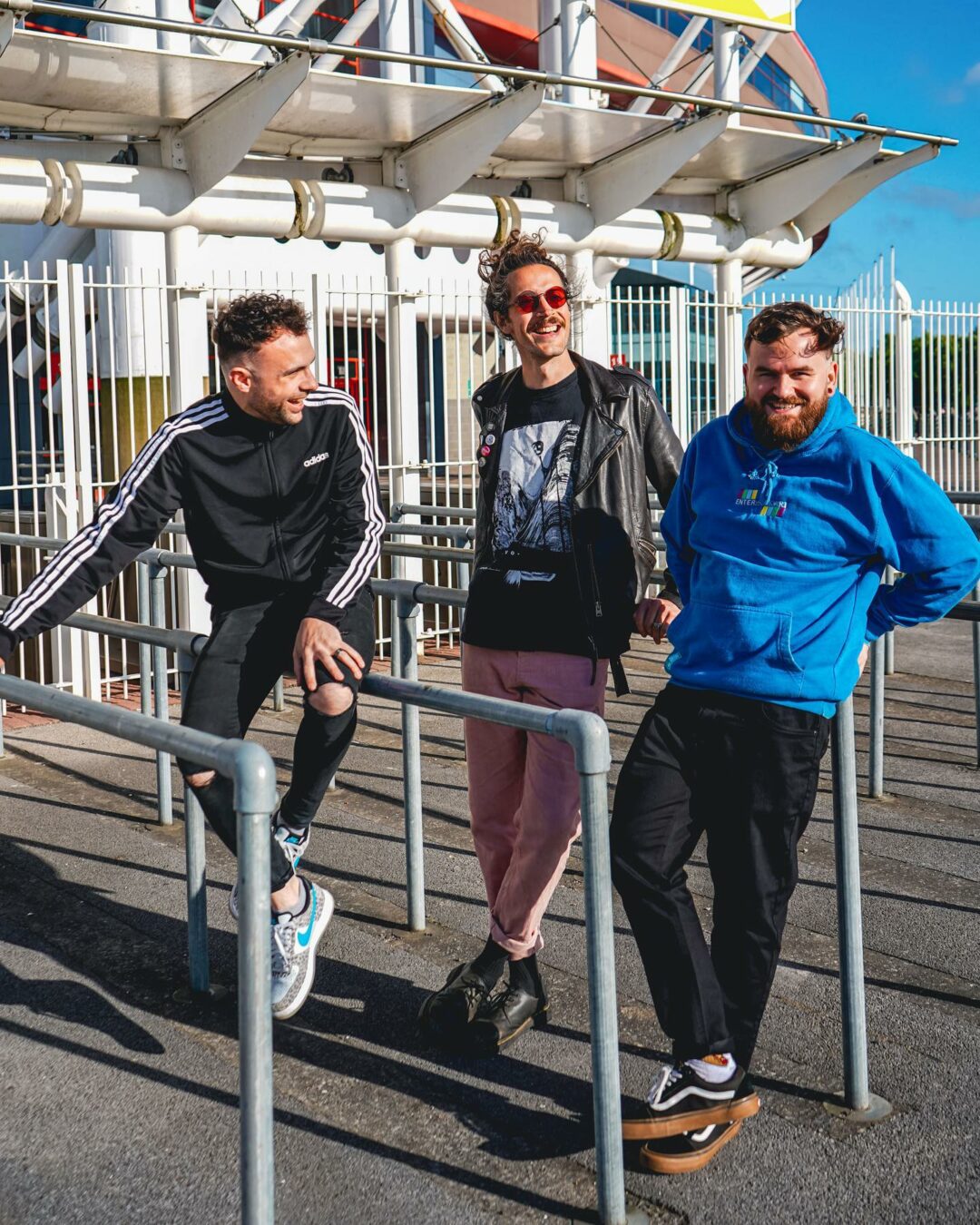 Sonic appeal aside, Slate truly comes into its own through its witty questioning of our relationship with nostalgia, the nihilism that comes with age and the ever-pervasive climate change fear. If you’re anything like me and you’re sick of lyricists that scrape the bottom of the IQ barrel when penning their lyrical hooks, you will be a Frakard fanatic by the time this anthemic juggernaut of a release that comes with an arsenal of razor-sharp lyrical lines hits the outro.

Slate will officially release on November 11th. Check it out on Spotify and scope out Frakard on their official website.

The Gold Coast, Australia-hailing artist Prchr. dialled his amps up to 11 and channelled scathing garagey filth into his grungy alt-rock hit, ROCK BOTTOM, taken from his ONLY CHILD EP, which explores themes of rejection, denial, betrayal, defiance, and loneliness.

The riff-heavy seminal single carries fleeting reminiscences to Kyuss and Nirvana, but the dirty hooks ensnare you into the resonant dejection like no other. With his tendency to meld everything from psych to blues into his gnarled and heavily distorted sound that comes at you through multiple amps to achieve that almost irreplicable live sound, prchr has pushed his sonic signature into stormy unchartered waters. Join him.

ROCK BOTTOM will drop on October 21st. Hear it on SoundCloud.

Stacey Dycus tackles proclivity towards deception in his alt-rock hit, Lie to Me

No alt-rock fan will be impervious to the efficaciously ensnaring hooks in Stacey Dycus’ seminal single, Lie to Me, which finds an atmospheric balance between the contrasts of grunge, mid-90s rock and progressive metal.

If rock fans still put their lighters in the air instead of pulling out their phones, there would be a sea of flame for this fervidly gripping anthem that contends with the human proclivity towards deception. It is as evocative as an Alice in Chains hit, as enticing in the chorus as Bon Jovi’s earworms and Faith No More-esque in the verses. Clearly, he has a talent for melody, which is impossible to disguise.

Lie to Me is now available to stream on Spotify.

BEES! captured the idiocracy of the human race in their riffy discordant hit, A Thousand Times

“I’m so openminded my head is hollow” has to be up there as one of the greatest lyrical openers of all time, and that’s just the start of the onslaught of ingenuity in the latest single, A Thousand Times, from the Philly-based alt-rock outfit, BEES!

There is enough distorted discord in the riffy choruses to give Nine Inch Nails a run for their money, but it is safe to say that Trent Reznor could never pull off the same goofy lyrical style as BEES in their new EP, which features A Thousand Times as a lead single.

A Thousand Times takes a cathartic stab at the type of ingrates that dig their heels into progression and drag it backwards with their tendency to lap up misinformation. As if we didn’t love BEES! enough by this point, they also throw a reference to the iconic “this is fine” dog in the fire meme to epitomise the sorry state of our current climate.

A Thousand Times is now available to stream on Spotify.

Condition Baker delivered a tenacious exposition of coming-of-age disillusion with their pop-punk hit, One Thing

The Holbrook, MA three-piece, Condition Baker, lace their pop-punk sound with an alt-90s twist; their latest single, One Thing, is the perfect introduction to their uniquely grungy and punchy sound distortion.

The infectious coming of age of lament unfurls around massive guitars fed through layers of frenetic distortion, drumbeats inspired by the Seattle grunge era and lyrics that are hooky enough that you can hang your coat on them before you head to the pit and enjoy the classic pop-punk choruses that keep on giving with every listen.

Any fans of Dookie-era Green Day, Jawbreaker, Descendants and Alkaline Trio will undoubtedly want to delve into this tenacious exposition of adulthood disillusion and exhaustion.

One Thing is now available to stream on Spotify.