BEES! captured the idiocracy of the human race in their riffy discordant hit, A Thousand Times

“I’m so openminded my head is hollow” has to be up there as one of the greatest lyrical openers of all time, and that’s just the start of the onslaught of ingenuity in the latest single, A Thousand Times, from the Philly-based alt-rock outfit, BEES!

There is enough distorted discord in the riffy choruses to give Nine Inch Nails a run for their money, but it is safe to say that Trent Reznor could never pull off the same goofy lyrical style as BEES in their new EP, which features A Thousand Times as a lead single.

A Thousand Times takes a cathartic stab at the type of ingrates that dig their heels into progression and drag it backwards with their tendency to lap up misinformation. As if we didn’t love BEES! enough by this point, they also throw a reference to the iconic “this is fine” dog in the fire meme to epitomise the sorry state of our current climate.

A Thousand Times is now available to stream on Spotify.

Dirty Modal Souls went in search of adequate vernacular in their Brit-Grunge anthem, What’s the Word?

In their first release of 2022, the Brit-Grunge trio, Dirty Modal Souls, catapulted us right back to the alt-90s. Lyrically, What’s the Word? is a snarlingly electric hook-constructed continuation of Cameo’s Word Up. Instrumentally, it’s a transatlantic riot of rugged basslines, cataclysmic breaks and guitars which express as much chagrin as the rancorous guitars.

If Faith No More hailed from this side of the pond, their earlier work would carry ample reminiscence to What’s the Word, which doesn’t lose the quintessentially British style of lament. That riled energy rubs up against the Seattle sound to create universal appeal.

What’s the Word is now available to stream on Spotify and purchase on Apple Music.

The Elegant Chasers created a high-IQ-sanctuary in his latest scuzzy alt-rock hit, Clowns 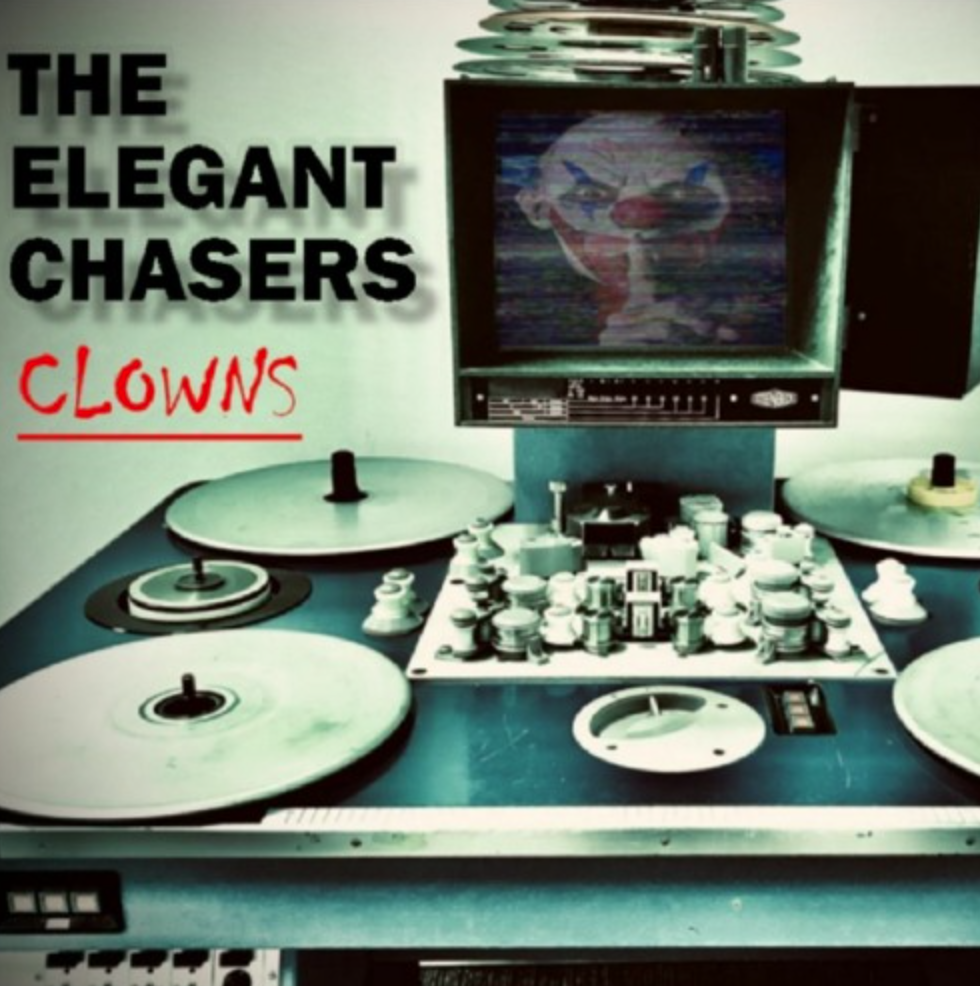 For anyone that finds themselves frequently in despair over just how deep the IQ-deprived antagonists drag us down into late-stage capitalist suffering, The Elegant Chasers’ latest scuzzy alt-rock single, Clowns, will bring a slight reprieve from the crushing weight.

The harbingering guitar solos, the sense of carnivalesque chaos and the distortedly enigmatic yet hooky alt-rock vocals pull together in the high-voltage protest to the idiocrasy that resounds more than most things these dystopic days. Here’s what The Elegant Chasers had to say about his latest release:

“It’s easy to dwell. To be angry and upset about situations that have conspired against you. To feel cheated. It’s even easier when this has happened more than once. Then paranoia kicks in, those who transpired against you will massage the paranoia and try and blame anyone but the culprits – i.e., themselves. The reality is it’s hard to shake off that feeling. Inevitably time is a healer, but it still feels that justice was never served. Clowns was written in 1st person but taking on the role of The Company Man for most of the song…The Clown! Lyrically I took inspiration from the people that hurt me most in the last 6 years. People who I thought I could trust. But it was just the same old story, just like many of you who have suffered under the corporate kings, rogues, rats, fools, the pretenders, the charlatans, the clowns. Call them what you like, they deliver the same outcome, a stab in the back, and quite often you’re thrown out to the wolves.”

Clowns will officially release on April 22nd. You can check it out for yourselves via Bandcamp and SoundCloud.

South West London’s riffiest prodigal sons of hard rock, Silence in Surrender, have teased what it is to come in their forthcoming album with the release of the first single, Coming Up.

As soon as I hit play, the virtuosic furore shunted me right back to the early 00s metal and hard rock scene; as the dynamic track progresses, they keep the instrumental curveballs coming with the infusion of thrash and the Seattle sound.

I never thought I would see the day when a track could appease fans of Mastodon, Bring Me the Horizon, Faith No More, Velvet Underground and Pixies simultaneously, but Silence in Surrender delivered that and a whole lot more with Coming Up. It appears that they’re the only one that got the memo about bringing the sex appeal back to rock too – the guitar solos should come with an X-Rating.

Coming Up is due for release on March 4th. You can check out the official music video via YouTube.

The standout single, The Crying, demonstrates the evocative potential which Rock has always possessed but few have managed to achieve. With a sense of grief running deep in the veins of the classic rock-inspired single, it is safe to presume that plenty of people will find resonance when they hit play, given the 2020 we’ve collectively endured.

With the soul of a rock ballad and the monumental impact of a rock anthem, The Star Prairie Project allows you to enjoy the best of both worlds while introducing you to a brand-new realm of emotionally explosive rock.

The maturity and nuance delivered by The Star Prairie Project with The Crying definitely isn’t something which we encounter frequently. If they’re not on your radar, we’d recommend making room.

The Crying is available to stream now via Spotify.

He may be a prolific artist, but Knockin Around proves that quantity never comes before quality by boasting transfixingly arrestive hooks right from the intro. The dynamic soundscape may see many of evolutions as it progresses, but your attention will never be in danger of faltering from the grungy almost tribalistic momentum which ebbs and flows in this stunningly crafted single.

With a vocal vibrato which would give Eddie Vedder a run for his money and a freshly sonic smorgasbord of Psych, Blues and Folk on offer instrumentally, Knockin’ Around doesn’t just revive what previous artists allowed us to fall in love with. He brings nostalgic aural elements into a contemporary realm with his own signature sound which will be a hit with any fans of Dinosaur Jr, Pavement and The Jesus and Mary Chain.

You can check out C. Moore Music’s single Knockin’ Around via Bandcamp.