Rapper, SnapDibz has unleashed his monster of a soulfully lusty EDM floorfiller, Eyes on Me

After racking up tens of thousands of streams on his hit singles, the independent American-born Indian rapper, SnapDibz has boldly stepped in a new direction for his latest dance track, Eyes on Me. The risk more than paid off. The dizzying disposition of the rap bars with the monumental drops leaves galvanising energy blasting through your speakers and makes a meal of your rhythmic pulses.

Infused with Bhangra beats and the powerful interplay between his snappy rap verses and the salaciously soul-awakening female pop vocals, the intense EDM earworm is set to set hearts on fire, fill floors, and connect with an audience seeking the ultimate anthem for their lusty encounters.

Eyes on Me, produced by Shrai, will officially release on November 16th. Check it out via SoundCloud.

B-Fix holds a candle in the firestorm of his EDM pop single, Come Back to Me

The Perth-born, London-based DJ, songwriter and music producer, B-Fix dialled the soul up to 11 in his latest progressive dance-pop hit, Come Back to Me. The future bass meets progressive house pop single holds a candle for the spark of a once-in-a-lifetime love while breaking sonic boundaries through B-Fix’s genre-obliterating inclination as an aural innovator.

B-Fix found his passion for music in the punk rock scene before dominating the EDM genre with his stormy high-energy hooks and ability to dizzy his audience with his bass-drenched drops. On the basis of Come Back to Me alone, innovation-hungry dance fans will want to save a spot on their radar. He has exactly what it takes to be bigger than Wave Racer, Vanic and Flume. Watch this space.

Come Back to Me officially released on October 21st. Check it out for yourselves on SoundCloud.

It’s four to the floor in Audio Jacked’s club hit, Love What You See

After his defiantly electric debut, Won’t Be Locked Down, which aired in early 2022, the UK-based songwriter and producer Audio Jacked (Daniel Puddick) is keeping the euphoria flowing. His latest EDM Pop hit, Love What You See, is a throwback to the era that saw him running club nights across the UK, but modernism didn’t go a miss in the clearly contemporary production that throws a few nods to the likes of Stardust and CeCe Peniston, but you’ll find no dust in this high-fire club hit.

One hit of the pulsating bass and we were right back on a 90s dancefloor, drinking in the lusty grooves and getting high on the salaciously powerful melodies that fizz with the kind of passion that can only transpire on those hedonistic nights enabled by rhythmically gifted producers such as Audio Jacked.

Love What You See officially dropped on October 14th. Check it out on Spotify.

ADELINE started a riot of optimism in her vibrant pop track, Like it That Way

Being raised in Tokyo, Geneva, Singapore, Copenhagen, and Montreal notably allowed the French-native pop singer-songwriter ADELINE to exude international appeal. Take her single, Like It That Way, from her debut album of the same name as the perfect example of her universally infectious appeal.

The tropical pop earworm is a riot of optimism, sun-blistered melodicism, folky organic notes and lyrical introspection which proves that ADELINE always verses from her emboldened soul. The future pop production of Like It That Way brings a timelessness to modernity to the genre that is often synonymous with superficiality. But with ADELINE shaking up the scene with her autonomously electric positivity, that may just become a thing of the past.

Like It That Way is now available to stream on Spotify. 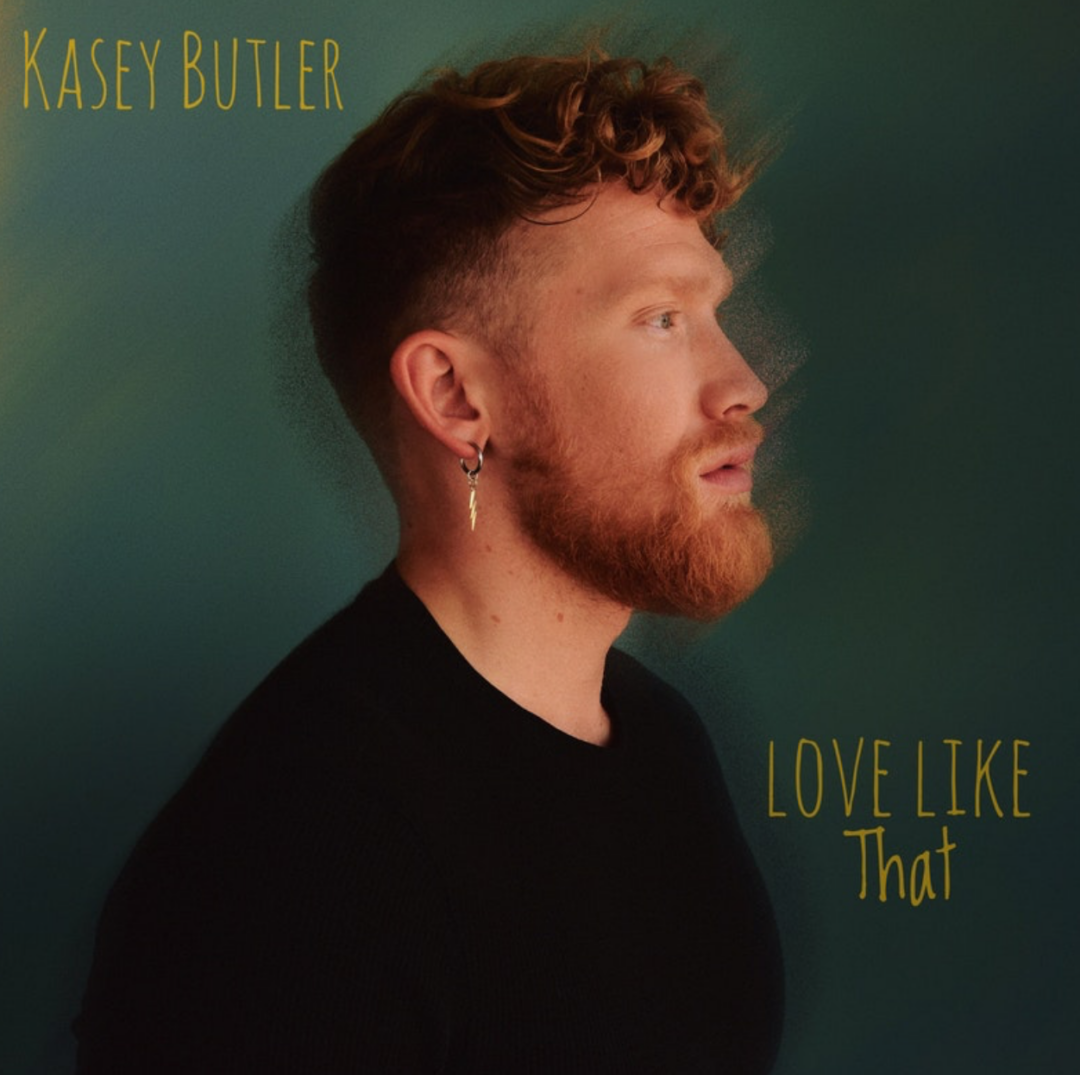 “You’re the darkest daydream in my mind” is one hell of an opening lyric; the poetry doesn’t falter from there on out in Kasey Butler’s latest progressive indie hit, Love Like That.

From a folky, vocally flooring intro into a fiery scorned proclamation of contempt for the people that send our orbits off-kilter to the tune of massive EDM pop beats, Love Like That is a summer stormer that just keeps on raging.

Ingraining even more gravitas, there is also a touch of theatrical piano-pop sewn into the hit around the arrestive orchestral swells. In every conceivable way, Kasey Butler constructed the perfect pop hit. It keeps you guessing; the monolithic shifts in tone and momentum happen as easily as breathing and that voice… That mindfully poised voice wrapping around the earworm choral lyric, “I know you don’t have dimension, broken heart was your intention, forgive me I was naive”. It is safe to say we are hooked.

Love Like That will officially release on June 30th. Get it in your ears via Spotify.

The electro funk-pop trio, Monté, has been feeding the airwaves sticky-sweet euphoria since forming in 2019. They brought out their sharpest arsenal of pop hooks yet with their summer 2022 release, Heart2heart.

Far from your average fawny proclamation of passion, the track was written for those who deserve better. With the vibrant energy in the Disco-Esque crescendos, the seductively smoky horn stabs, and the sheer soul oozing through Leah’s vocals, with Heart2heart on your playlists, you’d be hard-pressed to forget to have self-worth. There’s something subversively genius about the lyrics “you’re a piece of shit” versed through butter wouldn’t melt vocals.

Heart2heart is now available to stream on Spotify.

With the well-placed horn stabs and disco grooves around the unfaltering pounding bass, Partimama became the queer-celebrating icon we never knew we needed through her infectious extension of unconditional love. Even if you don’t get it from your mother, you’ve got an unlimited supply from this unity inspiring hit.

Like many of her fans, we couldn’t be happier that she stepped away from other people’s music and turned her attention to her own expression.

Mamma Loves Ya is now available to stream on SoundCloud.

Since making her 2019 debut, the EDM pop artist, Kate Gala, hasn’t failed to pick up traction with her progressively momentous instrumentals, consolingly sugared vocals and innocently candid lyrics. After garnering over 97k streams with her seminal single, Hold on Tight, she’s here with her sun-bleached earworm, Summer in October.

If Taylor Swift poured her endlessly bright vocal timbre over Avicii’s beats, the end result wouldn’t be far from the Virginia Beach singer-songwriter’s epically blissful hit that deserves to dominate the electronica charts. It shares plenty of the hallmarks of your average summer love song, but with Gala’s soul-deep vocal performance, few hit as euphonically as this.

Summer in October is now available to stream via Spotify.

Kassia B proves that patience is a painful virtue in her progressive dance-pop track, Waited Too Long

‘Waited Too Long’ is the latest progressive dance-pop track from Kassia B, who has been captivating audiences with her evocatively dynamic vocals and prodigal talent from an almost absurdly young age. She was 15 years old when she penned her debut single during the 2021 lockdown. If any artist can prove that artistic maturity doesn’t necessarily equate with how many years you’ve existed on the planet, it is Kassia.

With a few singles behind her, she truly came into her stride with Waited Too Long which gives the teenage perspective of the pandemic through the lyrics and liberates the listener from any sense of lingering morosity with the galvanizingly euphoric build-ups and dizzying crescendos. We can’t wait to hear what follows.

Waited Too Long is now available to stream on Spotify.

Yajaira Eve has delivered her convectively sweet alt indie-pop track, Lover Like Me

Arizona-based indie-singer-songwriter Yajaira Eve, laid the soul and style on thick in her latest RnB pop single, Lover Like Me, which manages to keep the vibe of the track sweet while wrestling with convictive lyrics that go straight for the jugular on the types that always think they can do better while being hilariously blind to their flaws.

The individuality in the slightly off-kilter indie dance-pop production and the playful polyphonic tones pull together around the stellar songwriting that proves just how the 21-year-old singer-songwriter managed to become a platinum record artist so close to the inception of her career. We can’t wait to hear what follows or see how far she gets with her incandescently authentic talent.