Tennessee-based independent singer-songwriter and multi-instrumentalist, Laura Lang is fresh from the release of her debut single, Lithium. With a voice as arresting as Angel Olsen and Phoebe Bridgers and the artful baroque nuances, you can’t help getting caught up in the captivating chord structures paired with the pop-inspired melodies.

After a melancholy bleeding intro, Lithium shifts into a testament of Lang’s introspective intellect, creative imagination and ability to create an ethereally captivating soundscape from the unravelling of her emotions.

With her debut album, All Downhill from There, which promises to echo suffering, beauty and nature due for release in January 2022, saving space on your radar for Laura Lang will undoubtedly pay off. Her debut single, Lithium, is now available to stream on Spotify.

After a melancholic minor key start, Los Cozmatics’ orchestrally scored debut single, Tears, builds into a captivating narrative around a protagonist going through the motions while controlled by ennui to the tune of alt-indie melodies spiked with resilience and dejection.

With poetically bitter-sweet lyrics, “he had no time for the rain falling on his tears”, Tears holds a captivating panoramic expression. With the elegantly soulful Winehouse-reminiscent vocals over the mash of angular indie guitars and orchestral strings, Tears is a triumph in authenticity. We hope to hear plenty more from Los Cozmatics in 2022. They’re exactly what our sad AF societies need.

Tears is now available to stream on all major platforms via this link.

Australian singer-songwriter and producer StarAV has made his debut with his cover single, Lava Lamp. The death-musing original was heavy with pensive malaise, yet StarAV’s rendition finds brand-new ways to pull melancholy out of the cathartically bleak soundscape.

Lava Lamp is the first single to be released from his new project that curated a series of songs that explore grief, loss, death, isolation and the discomfort of growth. While cover projects can snobbishly be looked down upon, the overarching exposition of aching grief across the collection of singles acts as a sombre sign of the times where the only emotions that seem to register are the ones that hurt. If you’re looking for comfort in the isolation the project explores, you won’t be disappointed.

StarAV’s cover of Lava Lamp will be available to stream from October 31st. You can check it out for yourselves via SoundCloud. 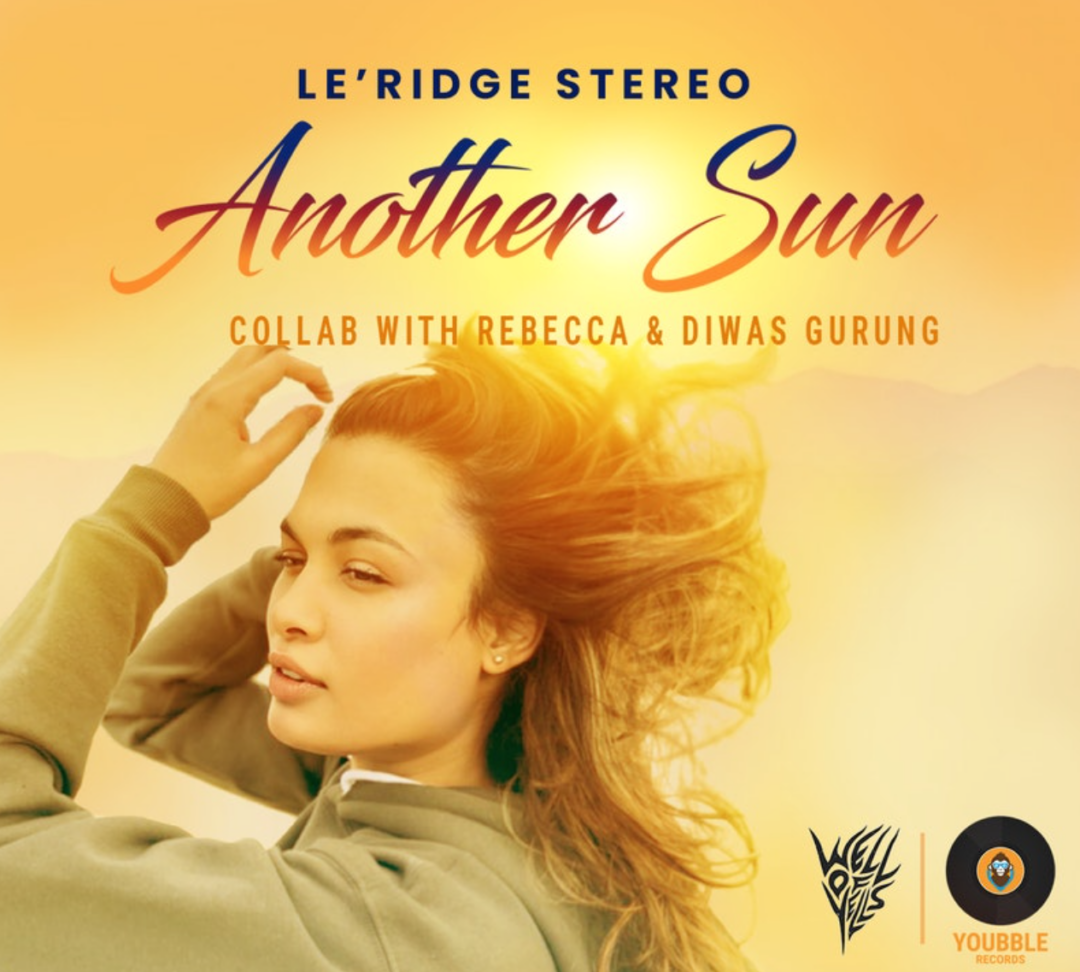 New Jersey-residing instrumentalist and singer-songwriter Le’Ridge Stereo’s debut single, Another Sun, was created to instil optimism in a time of collective despair; it is pure tonal bliss.

An arcanely soulful air breathes between the folk-pop instrumentals and the richly layered harmonies that will allow you to imagine what ABBA would sound like if they veered into the realms of New Age Folk. The track possesses gentle yet extremely powerful instrumental hooks that pull you into the heart of the inspiringly serene single that extends compassion to anyone whose loneliness and anxiety amplified during the pandemic.

The lyrics strip the shame out of the acknowledgement that we are fallible humans with a proclivity towards painful empathy and melancholy before shifting negative perceptions to brighter ones. We have only good things to say about this stunning collaboration between Le’Ridge Stereo, Rebecca & Diwas Gurung.

Another Sun will officially release on August 6th; check it out via this link.

The indie track mixes art-rock with shoegaze to create a soundscape laden with dreamy and reverby textures, but with plenty of striking elements weaved into this melancholically compelling single that explores uncertainty, the fiery resonance doesn’t fail to take hold.

In the short time since the 16-year-old London-based singer-songwriter made her debut, she’s racked up over 6,000 streams on Spotify alone. Her ability to, quite literally, key into the contemporary mood to bring forth a mournfully relatable song for collective catharsis will see her go far in 2021 and beyond.

Garden Smiles is now available to stream via Spotify.

‘Almost’ is the dreamy darkwave debut single from Zeli, an 18-year-old artist and producer who has already left the indie electronica scene enraptured with her intimate approach to production and lyricism.

Billie Eilish comparisons are easy to make but capturing the evocative sensuality behind this moody electro-pop hit is infinitely harder.

The entrancingly dark synth-led melodies groove at a steady tempo, ensuring that each syllable projected into Almost leaves you arrested until you reach the ethereal outro which will undoubtedly leave you feeling as eager as us to hear the London-based artist and producer’s sophomore release.

Almost is available to stream via Spotify.

Don’t tip them off: Canada’s Alicia Lov shows her bad girl side on the dangerously exhilarating debut ‘Criminal’

Her mind going darker from this wild world around us, Alicia Lov sneaks in with her debut single full of flair and intrigue called ‘Criminal‘.

Alicia Lov is a young and supremely talented Canadian indie r&b/pop singer/dancer/violinist/cellist with Spanish roots, who is surely on the rise to the very top, with her tremendous voice that picks your pocket with a cheeky wink and somehow leaves you smiling at the same time.

We are drawn into the story of her alter-ego, the girl that does what she wants and won’t stop until she gets there. The taste is already in her blood flow and she can’t get enough, her claws are out and once she has her mind on something she won’t let go. The trap beat gets the pulsating feelings snapped into action, as you handcuff your ears to the speakers and let her take you away, on this hazardous journey to the back streets of the world.

With sensual vocals that lifts you into a pleasurable but anxious state, her wild nature seeps into your heart as you feel her dissatisfaction with her current predicament, as she ponders the dark side. Her voice is translucent and exciting, you feel the mystique and her young impressionable mindset is weighing up which road to embark on.

‘Criminal‘ from Edmonton, Canada’s future star Alicia Lov, is that catchy indie-pop dance track that is full of potentially risky decisions that have made her think from a different perspective, as she grapples with these feelings that will hopefully make her wiser as she matures naturally.

With a sumptuously elegant vocal delivery, she dazzles with a debut track you won’t easily forget.

Stream this rebel single here on Spotify and see more on her IG.

Lifelong London-based artist, Ella McCready, made her solo debut in January 2021 with the graciously poised soul-pop single ‘You Saved Me’ which uses infectious melodies to make sure that the deeply personal and bold introspection hits hard around the intoxicatingly mellifluous grooves.

There’s nothing more beautiful than seeing someone realising their own power once they let go of the person who they thought they couldn’t live without. That’s exactly what you’ll be able to witness in You Saved Me. The sense of realism runs deep, reassuring you that this stunning feat of neo-soul came from a hard-learned lesson. We might all learn from our own mistakes, but having tracks like You Saved Me in our aural arsenal could be the difference between self-apathy and empowerment.

Needless to say, we’re already eager to hear what Ella McCready has in the pipelines for her sophomore release. Her classy cultivated vocals combined with the stunning radio-ready production in You Saved Me will undoubtedly see her go far.

You can check out Ella McCready’s debut single via SoundCloud.

Plenty of artists made their debut in 2020; but for London-based alt-rock artist, Musicismost, their debut was 40 years in the making.

The powerhouse first started jamming in the 80s, but it wasn’t until last year that they decided to let the world hear their high-energy approach to timeless rock. Judging by the phenomenal reception of their debut single, ‘Pheromone Too’, released on November 17th, the world was eager and waiting.

Just two months on from the debut, Pheromone Too had racked up over 100,000 streams on Spotify alone, and Musicismost has already left fans insatiable for their fresh, catchy and high-octane sound.

Before treating us to the second release from their forthcoming album, which will be released in full in Autumn 2021, they released ‘Pheromone Too (Hard Mix)’ which amplifies the over-driven energy contained in the original track which was mastered by multi-Grammy-award-winning producer, Howie Weinberg. With the producer responsible for Nirvana’s ‘Nevermind’ at their disposal, it comes as no surprise that Pheromone Too is a flawlessly radio-ready rock earworm.

Fans of 80s hair metal and modern alt-rock alike will want to delve into the sleazy track which holds fleeting reminiscences to Motley Crue, Poison, and Skid Row.

Pheromone Too (Hard Mix) was released on January 14th, 2021, it is now available to stream via Spotify.