Not content with the already-established genres, Dallas, Texas-based artist Jerry Impini has created their very own. If the prospect of Duelling Piano Rock doesn’t get you excited, I feel a little sorry for you.

Alternatively, if your attention has been piqued by the pioneering take on Rock, it will definitely be stated by Jerry Impini’s raucously energetic hit “Been Bad for Me”.

In traditional Rock, keys tend to take a backseat (with the exception of sporadic solos). But in Been Bad for Me, the piano progressions which exude Jim Jones-style frenzy dominate the soundscape. The level of energy which will hit you when you hit play on Been Bad for Me is unparalleled.

It may be a niche sound, but we will always champion the artists who stretch their imaginations before orchestrating their music.

You can check out Jerry Impini’s single Been Bad for Me by heading over to Bandcamp.

Up and coming Brighton-based Alt Rock artist 8udDha bl0od are being incredibly prolific with their releases in 2020.  And their experimental culturally-rich sounds couldn’t have hit the airwaves at any better time.

As the fabric of our society becomes even more confusing, we can at least take great comfort in the fact that tracks such as 7h3 RA<3 A7 7h3 3nD 0f 7h3 W0rlD exist which can take you on kaleidoscopically colourful aural trips

There may be ambient and light melodicism in 7h3 RA<3 A7 7h3 3nD 0f 7h3 W0rlD but the depth of the sound and the extent of the ingenuity ensures you’re hooked into the transcendentally electric arrangements which come with a fiery psychedelic kick.

You can check out 8udDha bl0od’s absorbingly track out for yourselves by heading over to SoundCloud.

From forming in 2016, Norway’s five-piece Rock band Samana Rising have just recently released their new track ‘’Another Day’’. Going by the sound of Blues Rock, it’s safe to say that this band knows how to make an insane track that makes you feel good when you listen and one that’ll be on repeat for sure.

Another Day is filled with many Rock elements, never swaying away from their revised Blues Rock sound. The electrifying guitar riffs, the hard hitting drum beats as well as the softly spoken vocals that come from vocalist Hanne Severtsen.

Samana Rising are a band that gives their audience something that’s thrilling and really targets that Rock essence, giving off this electrifying atmosphere that is so mesmerising to listen to, but in their own unique way. Keeping that same slow pace but gradually amping up the volume as the instrumentals begin to take a heavier turn.

There are many times throughout where the instrumentation has its  own time to shine with the insane electric riffs and the smooth drum beats, it all blends perfectly well together and it’ll be interesting to see what Samana Rising does next in their musical endeavours.

If you want to check out Samana Rising’s new track Another Day head on over to Spotify now. 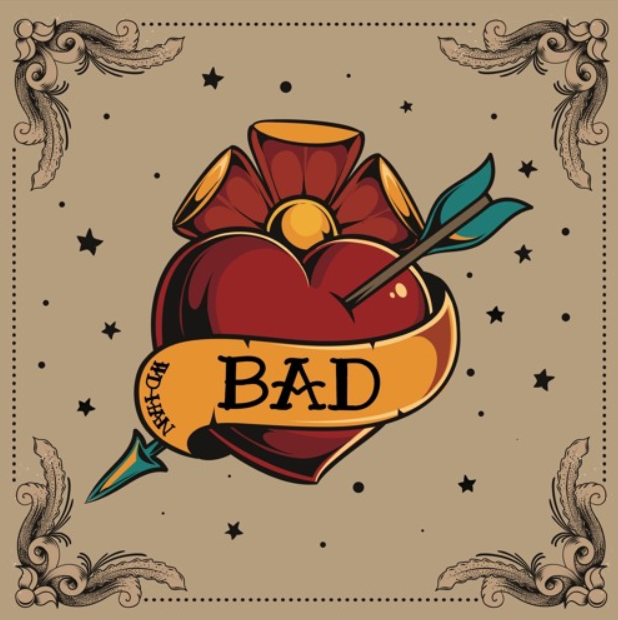 Tampa Bay Alt Blues Rock band WD-HAN are proving to be a force to be reckoned with in 2020. Blues riffs will always be timeless, but it was infinitely refreshing to hear WD-HAN put a fuzzy Indie Rock twist on the gasoline-soaked riffs in their latest single “Bad”.

With the high-octane ingenuity WD-HAN pours into their tracks, they’re far from a dusty revival band. Their sound is tensile, dynamic, and they are more than efficacious when it comes to sharing that infectious Jim Jones-style furore through their records. I live in hope that one day they’ll be able to bring their riotous sound across the pond so I can witness a live set.

Bad will be available to stream from February 28th via the band’s website & SoundCloud.

Mark Millar – Some Day: The Perfect Soundtrack to Your Wanderlust Daydreams

If you’re always on the lookout for escapism music, look no further than up and coming Rock singer-songwriter Mark Millar’s latest single “Some Day” which will act as an effective aural aide to your wanderlust daydreams.

With sweetly psychedelic increments of Funk around the smooth flowing bluesy licks and Mark Millar’s lyrical reminders of how much mediocrity, monotony and routine suck, you’ll find yourself miles away when you delve into the cathartically melodic soundscape.

Some Day may be a frill-free stripped-bare track, but its introspection-invoking properties are timelessly mesmeric all the same.

You can check out Mark Millar’s single Some Day for yourselves by heading over to Spotify.

If music grips me based on tonality alone, I know I’ve just stumbled across an aural gem which will be impossible to forget. Which is exactly what happened when I hit play on the debut Psychedelic Americana Folk EP from Christopher Alexander.

“Eavesdropper at the Delphi” is much more than your assimilative ode to the past. While each single is a hazily indulgent trip, the first track “Midnight Mountain Climber” throws you right into Christopher Alexander’s devilishly hypnotic sound.

Expect teasing progressions, sublime serpentine rhythms and alchemy conjured through the playful shimmering tones of the organ and the deep Blues guitar licks which allow you to taste the friction.

I’m quite glad that the first time I dove into the arcane magic of the EP no one was witness to the multiple jaw-drop moments. Discovering Christopher Alexander’s sound left little room for decorum. The vocals add yet another incredible dynamic. There’s a slightly ominous air to them which amplifies the magnetic pull of the soundscapes in a way which leaves you endeared to the artist. But also, you’ll be left wondering if they do voodoo in their spare time.

You can check out Christopher Alexander’s EP for yourselves via Spotify.

Tofteberg – I Wanna Wake Up: Tight As You Like Americana Blues Rock

Americana Blues Rock doesn’t come much tighter than what you’ll find in up and coming artist Tofteberg’s debut album “Line Up Behind Me”.

While each of the singles is a masterfully polished aural treat, there’s no better introduction to Tofteberg’s sound than the standout single “I Wanna Wake Up”. Whether the sex-appeal was accidental or mindfully implanted in the bass licks, it was efficaciously captivating all the same.

I Wanna Wake Up shares similarities with bands such as Queens of the Stone Age, yet, under Tofteberg’s deft talent, the soundscape has an infinitely more mellifluous smooth-flowing feel. But that’s not to say that you won’t find a handful of mind-altering guitar riffs in the mix.

You can check out Tofteberg’s single I Wanna Wake Up for yourselves by heading over to Spotify where you’ll also find the rest of their provocatively rhythmic album.

Gus D. Wynns & The Breakers’ latest single “Fyre” comes with that rare chest-swelling electrifying feeling you as you listen to the alchemic-beyond-definition dynamic instrumental progressions.

The seriously nuanced instrumentals carve a sublime mix of Indie, Blues, Rock, and Psych. While the dreamy synergetic Indie Rock vocals lace the soundscape with plenty of personable appeal. If you can imagine what it would sound like if Bruce Springsteen, The Killers, (when they were good), Interpol, and Angel Olsen produced a record together. You’d get an idea of just how distinctively innovative Fyre is.

The anthemically-charged single affirms that this up and coming artist definitely won’t be classed as up and coming for long. Their talent is only matched by their ingenuity when it comes to their tonally-diverse hits which carry the perfect amount of nostalgic appeal without trying to revive a sound which has had its time.

You can check out Gus D. Wynns & The Breakers’ single Fyre by heading over to Spotify now.

Whatever your sexual orientation, I can guarantee that you’re going to find the riffs in Nashville-based artist Ryan Snyder’s latest single “Some Things Never Change” more than a little bit sexy.

The feisty ode to Rock is a high-octane blast of pure rhythmic wonder. But it isn’t through intensity or speed where Ryan Snyder sets themselves apart (although there’s a lot of that too). It’s how their eclectic array of influences find their way into their sound.  Within Some Things Never Change, you’ll find the mesmerism of Blues along with combined with reminiscences of the likes of Guns n’ Roses, Buckcherry, and Led Zeppelin.

Even if you’ve been plugged into a constant stream of Rock music since the 70s, Ryan Snyder will still give you plenty to get excited about. It’s discovering artists like this that makes you realise just how skewed lists of ‘top guitarists’ truly must be.

You can check out Ryan Snyder’s single Some Things Never Change for yourselves by heading over to YouTube now.

Hitting play on a new artist can be daunting, but the prelude to Callie Tomblin’s standout single “I Don’t Know You” from their latest album immediately greets you with a comfortingly rhythmic guitar hook which pulls you into a visceral feat of Alt Rock.

With Country, Indie, and Blues all infused into the arrangement, I Don’t Know You has plenty of unpredictable increments of alchemy at the same time as being incredibly accessible.

The nuancedly sublime groove of the Bluesy Rock instrumentals creates the perfect platform for Callie Tomblin’s vocals. The unflinchingly evocative style of the raw vocals allowed me to find reminiscences between Callie and Eddie Vedder’s as they found the perfect combination between rough and smooth.

You can check out I Don’t Know You along with the rest of Callie Tomblin’s second album for yourselves by heading over to Spotify now.