With a wildly intoxicating technique that is so delightfully proficient and ear-warmly enlightening, Inés sparks bright like an excited fuse that dazzles the mind on her new single ‘Run‘.

Inés is a classy solo project who was formed by the young and talented NYC native Patricia Zulueta who is a EDM music producer, indie-dark-pop singer-songwriter and guitarist. Influenced heavily by her hero’s Björk and SOPHIE, she makes that different vibe that is full of her almost wizard-like creativity.

”This song speaks to the crazy, unpredictable nature of the past year. I hope that the ever-changing textures and beats evoke
the rapid twists and turns of 2020/21.” – Inés

Her approach is supremely graceful and filled with such innovation that quite frankly, boggles the mind. As you turn the volume up so you can clearly hear her quick-fire vocals, you admire her DIY artistic approach that is quite a sumptuous effort.

‘Run‘ from New York City-based EDM music producer and dark-pop singer Inés who made this terrific track from her cozy bedroom, shows us her fascinating experimental project in full force with an outstanding display of skill. She is definitely a rising name who brings forth her eclectic music style, that certainly rivets the mind, body and soul, into life again after being dormant for too long.

Stream this electric new single via her Spotify and see more via IG.

With slight reminiscences to Enya, Bjork and the Human League echoing throughout Georgia Polyniki’s latest uplifting pop track, the aural nostalgia defined by decades gone by is instantly perceptible. By switching between operatic and pop vocals, with Shadows of Brightness, she stamped down her radiating signature sound on the airwaves.

With her unique take on synthy electronica complemented by her empowering piano melodies, Georgia Polyniki ensured that no other 2021 pop track could lift you higher. It’s a perennial pop earworm that you’ll never want to leave.

Shadows of Brightness released on March 8th; you can hear it for yourselves by heading over to YouTube. 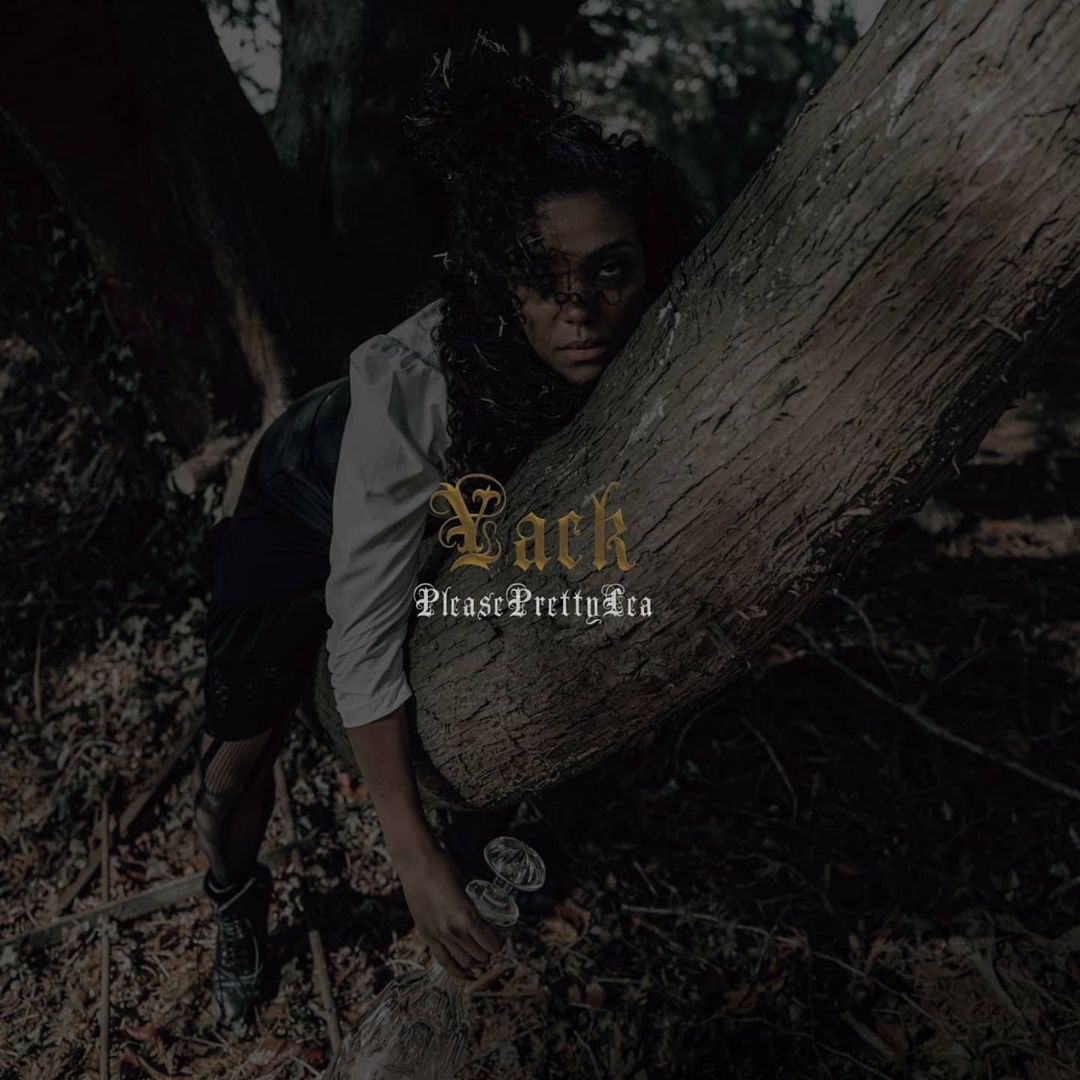 West Midlands, UK artist Pleaseprettylea is due to hit the airwaves with her artfully enticing Dark Pop single “Yack!” on November 25th. With elements of Hip Hop within the darkly hypnotic production, the single transcends genre as it unravels as a powerfully conceptual single which deals with the concept of sickness in relation to vulnerability, trauma and vices.

Pleaseprettylea is never afraid to tackle taboo or difficult concepts in her tracks, Yack! is definitely no exception. It unravels as a theatrical breath of fresh air in a time when baseless information around mental health and self-care seems to be found in every corner of the internet. But with Pleaseprettylea’s Bachelor’s and Master’s degree in counselling, you can fall into the soundscape and find trust in the artist’s wisdom and alluring sound which shares the same immense level of expression as artists such as Bjork, PJ Harvey, Amanda Palmer and Kate Bush.

Yack! is due for release from November 25th, pre-save the track on all major streaming platforms via this link.

Ironically the band Hope for the Future does just that for its genre with their debut hit Loaded Gun.

A Hope for The Future are a futuristic collective of musician’s which hail from Stockholm, Sweden with their effervescent Alternative Dream Pop Sound. Their New track Loaded Gun alludes to their musical influences. The female lead vocalist has all of the powerful synergy of fellow singers from The Cardigans, and The XX whilst the minimalist in part, monstrous in others is a slight nod to other contemporary Alternative artist such as M83 and Arcade fire.

They create an enriched harmony throughout the track through the effect of the jingling guitar which rattles charismatically all through the track to lead it up to an explosive sound in the chorus. A Hope For The Future have definitely created an anthem through Loaded Gun that wouldn’t be out of place on a Made In Chelsea soundtrack.

The collective have created a universally lovable sound with their relatable and resonant styling that shines with euphoric charisma.

You can check out Loaded Gun, and their other new single Friend on the links below!

45th St Brass is an eclectic music ensemble with a passion for making music that feels extremely sophisticated and avant-garde, yet very catchy and appealing.

Their recent release, Sea In The Sky, is a perfect example of their creative vision. The song embodies elements from genres as diverse as jazz, funk, fusion and even pop, going for a broad and appealing tone. The brass sections are incredibly eclectic, going from funky grooves to lush and atmospheric textures, which blends seamlessly with the stunning atmospheres.

Musically, this project makes me think of artists as diverse as Bjork, Kimbra or Tori Amos, but with stronger jazz influences. I really enjoy the broad-ranging tone of this track and the tasteful arrangement, which truly helps the song come to life in a stunning way.

AMBY is a singer and songwriter with a truly unique approach to her blend of music. Her sound falls somewhere in between experimental electronic, Soul and R&B.

On her brand new single, Oxidate, she set out to create some haunting vibes through some amazing melodic landscapes. Her beats are groovy and hypnotic, relying on tasteful drum machine sounds. The high-hat samples drive the song’s groove, while the kick hits with depth and low-end, adding a full range of tones to the song and complementing the sparse synth backdrop.

AMBY’s vocal tone is tasteful an dynamic. As a singer, she is able to reach a broad range of tones and octaves, giving the music an open and diverse feel. This songs blurs the lines between the soulfulness of artists such as D’Angelo or The Weeknd, with the experimental twist of singers such as Bjork.

The production aesthetics are tasteful and understated. This arrangement is relatively simple, yet extremely rich in its production quirks and aesthetics.

Oxidate is a chill, intimate song with a pleasant atmosphere and some unique vibes, which are very textural and classy.

Find out more and listen to “Oxidate’ directly through AMBY’s official page on Soundcloud.

Following on from the release of her stellar new single ‘Get To Know You’, Sydney-based songstress Sparrows has just revealed the accompanying music video and news that she will be launching the new cut live at Oxford Art Factory.

Shot in the picturesque NSW Blue Mountains and directed by Nick McKinlay, the clip stars Sparrows herself and a group of actors sporting hand-made animal masks. The ensemble prowl the streets with their instruments exploring the town, jamming and dancing along their journey.

Sparrows explains the motivation behind the clip –

“I found myself in a magical festival setting, letting loose with a bunch of partygoers decked out in crazy costumes. Whilst we were all strangers, we were having the time of our lives and I think the costumes certainly played a role in us being able to express ourselves freely. The video is a fun extension of this experience, whereby the masks and styling creates an other-wordly feel. It’s funny, all the people wearing the masks in the clip, were complete strangers to me but as the day went on I got to know them and they really are an interesting, talented bunch of people. I often find myself eavesdropping on strangers’ conversations and daydream about who they are. What was their last meal? Are they in love? When did they last cry? We are all strangers but could easily get to know each other if we wanted too, but we often don’t and I wish we would more.”

Since the track’s release, ‘Get To Know You’ has been embraced by tastemakers far and wide including support from triple j, FBi, 4ZZZ, SYN, worldwide blogs and Spotify via their New Music Friday and Indie Pop playlists.

To coincide with the release of the song and music video, Sparrows will play a free entry show at the Oxford Art Factory as part of their ninth birthday celebrations, which will also feature Skegss, Dorsal Fins, ADKOB and Good Boy.