As he tries hard not to flex but just can’t quite help it, Naszdaddy wonders why they won’t leave him alone, even though he has made his intentions known on ‘Obsessed‘.

Naszdaddy is a Brockville, Eastern Ontario, Canada-based indie music producer, artist and Berklee College of Music student. He is an artistic soul and loves to break boundaries with his vibration-filled bundle of different-planet sounding music melodies, which is packed full of boundless enthusiasm and smartly-crafted ingenuity.

”Naszdaddy specializes in hyperpop, melodic trap, and experimental music. He has played the piano since 2003, has been producing since 2017, and started developing his voice in 2020.” ~ Naszdaddy

He mixes skillfully with a dynamic soundscape which is full of skilled effect for our beating hearts – which has your wondrous body grooving in absolute unison and has your thoughtful mind wondering translucently- deep into the intense story about someone who is madly in love with you, who just doesn’t get it. This is a highly innovative performance from a youthful artist who is clearly looking for something different – which will comprehensively stimulate his mind to stay alive with new layers of total excellence – and always be satisfyingly imaginative to himself and those who know him best.

‘Obsessed‘ from the highly progressive Canadian indie music producer and singer Naszdaddy, is the familiar story about telling someone super into you that you aren’t interested at all, but they keep on trying no matter what you say. The problem is that you are in love with someone else and know that you won’t connect on a higher level anyway, as you are two rather different souls.

When the heart knows what it wants, nothing else should get in the way of staying faithful to your true love.

Stream this new single on Spotify and see more stories on the IG music channel.

As his thoughtful mind drifts back to when they were cool and things seemed like they would last for a minute, Kieh lights up briskly and smokes out the memory that has been blazed away like old smoke on the quick-fire new single all about that ‘Dash‘.

Boston, Massachusetts-based rapper, music producer and audio engineer Kieh, likes to make that striking music which is about life, love, and making that paper in this tree-felling type of world.

His smoothly tinted vocals flows through rather organically on a sharp edged beat – which has your head nodding rather briskly – as you get inside Kieh’s mind to see what he is truly aiming for. His skillful bars flosses over the catchy melody to have you feeling like he is only headed to the top, as he wants it more than anyone else.

‘Dash‘ from the youthful Boston, Massachusetts-based indie rapper and trap producer Kieh, is a striking message to the quick-to-bail girl who was close. He wishes for her to be around but after things were going well she disappointed him, and decided to make other moves which turned out to be a huge mistake. He is now counting hundreds until his fingers go blue, and is only going upwards to reach those huge dreams, that keeps him hungry all day.

Sometimes people come into your life and leave before you’ve even truly gotten to know them, as your mind on focuses on the all-important bank account only.

Stream this potent track on Spotify and see more on his IG music channel.

UK-based RnB artist Soul has made an ethereally dark contribution to the genre with the release of the standout single, move on. The steady, deadpan vocals occupy plenty of space in the soundscape that finds its structure through downtempo, melodic trap beats.

Soul may be fresh from his inception, but the self-taught artist is discernibly well-practised in the art of expression. His melancholy-erring sound extends compassion instead of self-apathy while he explores the dark places our minds can take us to.

We’ve come a long way in recent years with opening up the conversation around mental health. Raw tracks such as move on are only going to make it easier to break the stigma and move away from our tendency to leave mental scars on people we once found affection for.

move on is now available to stream on SoundCloud.

Nate Dingo takes us to the movies in his latest cinematic single ft. Kmwurld & YDZ

Newark, NJ-based breaking artist Nate Dingo is starting to make major waves with his signature infusion of Afrobeat, RnB, pop and hip hop. If he is not already on your radar, his latest single, Movie, featuring Kmwurld & YDZ is the perfect introduction.

Movie is a sultry downtempo feat of tropic hip hop complete with jazzy grooves that throwback to old school, but with Nate Dingo’s boldly authentic approach, he has exactly what it takes to define the future of hip hop.

Tracks like Moves is what the phrase ‘it’s a vibe’ should have been invented for.

The official music video premiered on June 28th; it is available to stream via YouTube.

It’s so far beyond the ‘my love life sucks’ kind of RnB that constantly spills onto the airwaves in swathes; the single almost allows you to consider what RnB would sound like if RnB artists weren’t constantly fixated on romantic success. Brian broaches the topic of love in Blood Sweat & Tears, but just as in life, it isn’t the be-all and end-all.

Anyone whose mentality errs on the side of melancholy will find plenty of resonance in the contemporary RnB hip hop single that relays familiar anxieties and feelings of isolation through lack of understanding over fierce trap beats and RnB melodies.

Blood Sweat & Tears is now available to stream on SoundCloud.

If you’re sick of superficial love songs, strap yourselves in for the impassioned sincerity in Jamskillet’s latest alt-pop track, Waterfalls.

On the basis of Waterfalls, Jamskillet has the talent it takes to reach the same heights as Mac Miller and Post Malone; his intoxicatingly authentic mash of urban and alternative elements resonates like no other. Thanks to the striking lyricism, intricate cold guitar hooks and dark trappy beats, you’d need a serious concussion to forget the earworm of a melody in Waterfalls.

You can check out the cinematic official music video to Waterfalls that premiered on July 4th via YouTube.

Kenya-born, LA-based songwriter and rap artist Trevour Amunga has released his debut single, Drama; he describes his sound as a charming blend of poetry and authenticity, which articulately encapsulates the vibe of the sensual spoken-word lyricism  along with the seductively ambient slow grooves of the downtempo release.

It was a short and sweet introduction to Trevour Amunga, but we’re already stoked to hear more of his artful approach to hip hop. His experimental production style and the range of his mesmerising vocal timbre makes his debut single one of the most original hip hop debuts of 2021.

Drama is now available to stream on Spotify.

Joize raises the temperature with the tropic beats in his latest urban EDM single, ‘Choices’

With plenty of popular releases already under his belt since making his debut in 2018, there was a fair amount of expectation on Joize’s latest single, Choices, it’s safe to say that he has raised the bar once more with his reggae vibes and vibrant danceable beats.

A single can rarely speak to your rhythmic pulses as much as it speaks to your soul, but this sweetly seductive release resonates mind, body and soul. Through his RnB Reggae vocals and the glitchy bass-dubbed trip-hop beats, Joize created the ultimate summer RnB playlist staple.

Choices is now available to stream on Spotify.

Watched My Mama Cry: Lil Quazzy remembers the time when he almost starved to death on ‘Struggle’

As he makes those money moves that are a far cry away from where he was brought up, Canadian rapper Lil Quazzy reminisces about those times when he didn’t know if things would ever get better on ‘Struggle‘.

Lil Quazzy is a fast-rising Toronto, Ontario-based rapper. He rocks the mic fluidly with a quick-fire bar-stacked-with-fmaes delivery that invitingly heats up your battered heart from the dicey coldness outside – as he strides in looking in both directions – with a knowing glance of where he came from.

This is the intense story about making some moves that you wish you could take back from the day – as you were brash and young – just trying to feed your family the only way you knew how. He puts on a fine display here that is full of excellently-penned lyrics, that is calmly combined with a hungry attitude which shows you his ever-increasing growth.

‘Struggle‘ from the electrically charged Toronto, Ontario-based indie trap rapper Lil Quazzy, is a true statement which leaves you in no doubt about where his mind is at. He is a wise soul who had to grow up quickly to avoid the pitfalls that entrenched so many – as he now remains steadfast that he is headed into the right direction – after a few unexpected trips and undesirable pitfalls.

This is a track to play if you feel a bit lost and need your mindset rebooted. You might of made some mistakes growing up like we all did, but that healing redemption is always available if you want it enough.

Stream this top new single on Spotify and see more on the IG music channel. 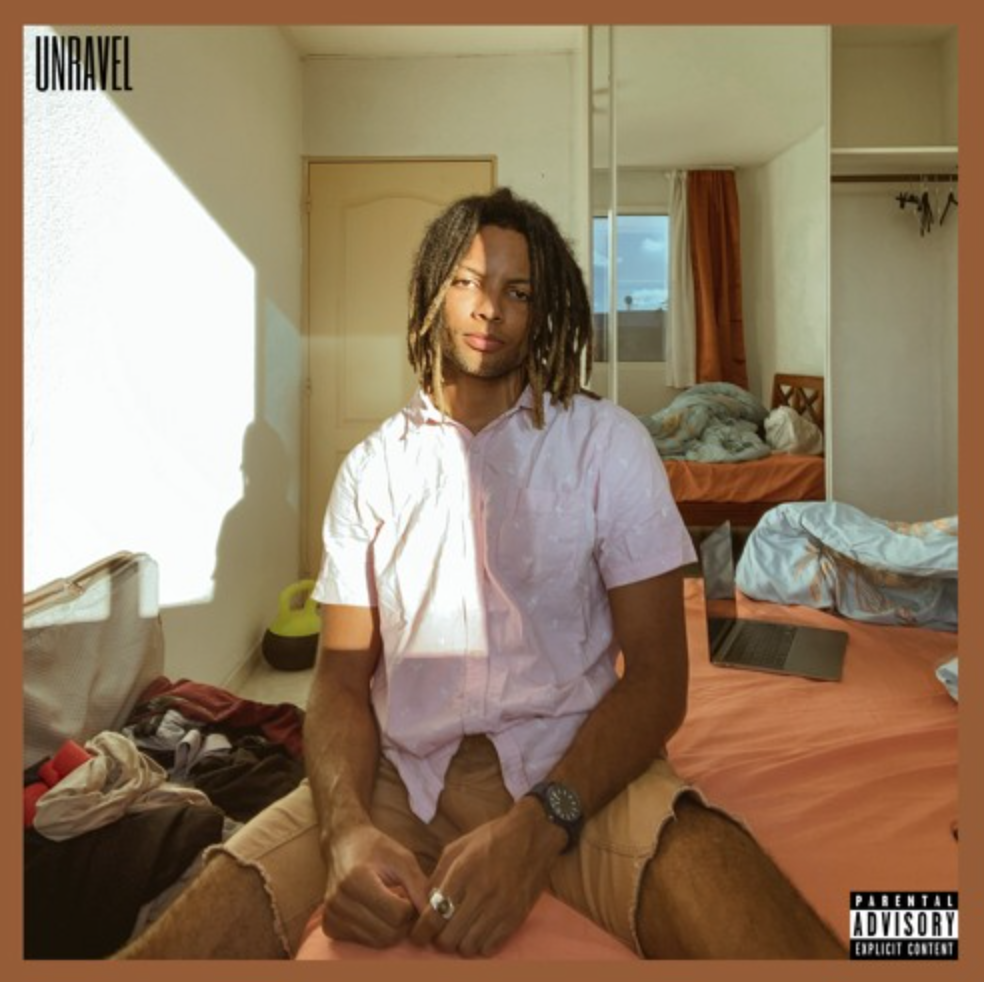 Up and coming hip hop artist, Yugi, is set to drop his wisdom-bomb of an EP, UNRAVEL; he’s given us a glimpse of what is to come by giving us a sneak peek of the lead track, NPMNG’.

The mellow trip-hop beats in the prelude give way to snappy 808s under layers of soulful old school hip hop influence; as the canter of the rap bars picks up, all of your attention will fall to NPMNG’s soulful wordplay.

‘Life isn’t hitting the same’ may be the most relatable lyric written this year. It succinctly encompasses the hollow feeling when you only find monotony instead of serotonin when indulging in the things that used to make you happy. Despite the waxing lyrical on existentialism, NPMNG is a hazy high-vibe hit that deserves a spot on your vibe out playlists.

NPMNG will be released on July 30th along with the rest of Yugi’s EP, UNRAVEL.

Check out Yugi on SoundCloud.