Ethereal pop, new wave rap and soulful RnB collide in the sophomore single, It’s You., from the enigmatically sensational artist, Malice. Sonically, she conjures dreamy and wavy ambient textures in the soundscape that feeds in plenty of tape echo effects. Vocally, she is unpredictable from one verse to the next. From phantasmal harmonies to fierce rap increments, you can expect to hear the full extent of her smooth vocal dynamic in her reprising single.

Based on It’s You, Malice deserves to be just as acclaimed as her trip-hop/dream pop predecessors, and yes, that includes Portishead.

It’s You. is now available to stream on Spotify

It is probably safe to assume that most millennial alt girls, myself included, found themselves fantasising about cultivating the same grippingly gracious talent as the likes of Nightwish; Kaby Burton made it a reality.

‘The Dance’ is the sophomore single from the solo artist who made her debut with her single, Hymn of the Sea, in 2020. Her debut set the bar high, but the atmosphere and intensity of emotion in her orchestral rock track, The Dance, is enough to leave the hairs on the back of your neck stand to attention. ‘Immersive’ almost feels like an understatement when it comes to the theatrically sublime ballad.

The Dance is now available to stream on Spotify.

Mya Luv addresses existential exhaustion in her indie RnB single, Tired of it All. 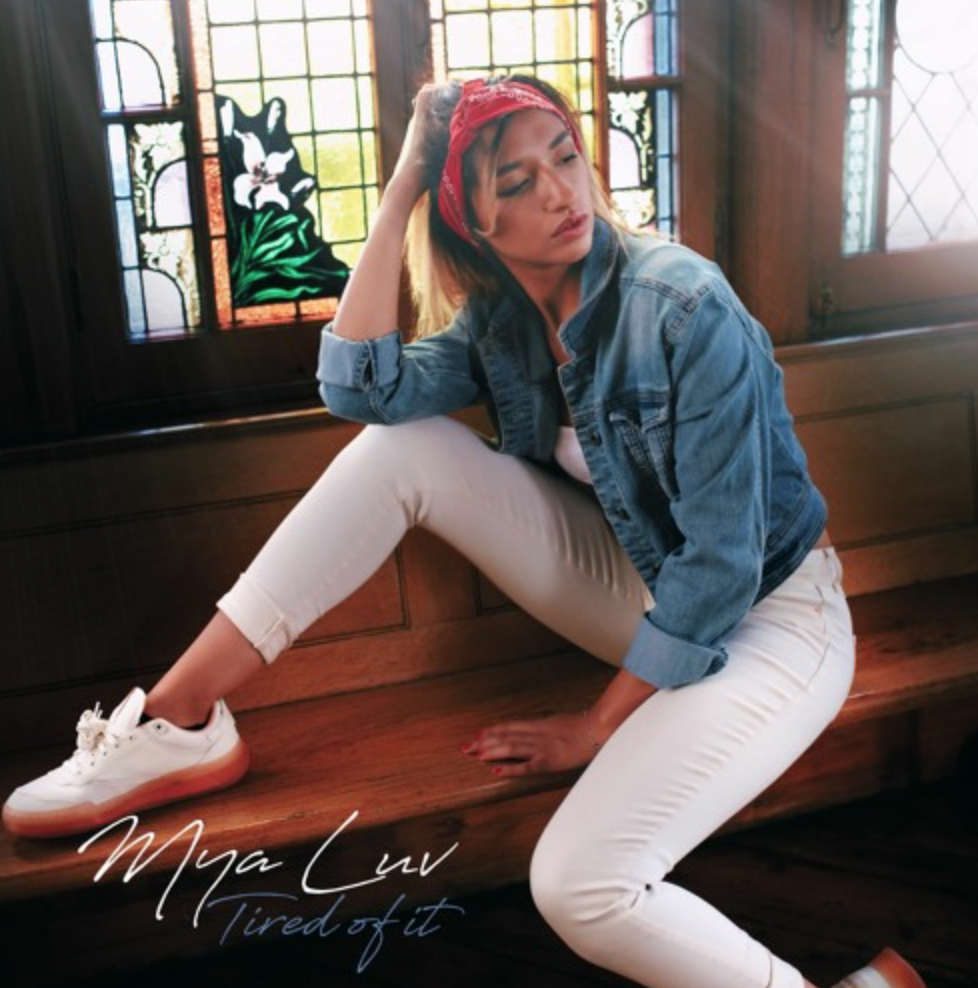 Even as life starts resembling something closer to normal, we continue face the endemic of existential exhaustion that falls into the compassionate focus of Mya Luv’s latest single, Tired of it All.

Over gentle guitar melodies, Mya Luv confessionally lists the reasons for our ennui by exploring a myriad of factors that make our society feel like a trap once you can see the expectations you’re under and the constraints you’re held down by.

From fear-evoking fake media to our rejection of authenticity and normalcy through naïve desire to be something bigger than ourselves, Luv creates a gritty vignette of our modern times. The sonic experience ends on a visceral note as a reminder that passively subscribing to mainstream consensus isn’t your only option.

Tired of it All officially released on August 27th; you can check it out for yourselves here.

15DL tries ‘Something Different’ in his latest single

Get your soul-fix with 15DL’s smoother than smooth bluesy funk-pop track, Something Different, which affectionately explores the mission to break the cycle of romantic monotony. It is singles such as Something Different that remind you the opposite to love isn’t hate; it is indifference, the thing that we greet most people with through their lack of ability to set our souls on fire.

With the cleverly provoking lyrical concept, vocals that your soul will want to surrender to and the rich organic tones that will take you to an aural plateau, it is easy to see why so much hype has amassed around 15DL who made his debut earlier this year with the single DAWN.

Something Different is now available to stream on Spotify.

Javii takes us to the Sunken Place in his dreamy trip-hop track.

After making his 2020 debut, up and coming Miami-based singer-songwriter, Javii has continued to express what words alone could never say. His latest single, Sunken Place, is an intoxicating mash of bluesy guitars, trip-hop textures and dream-pop melodies that unravels like the trippiest lullaby you’ve ever heard.

The solemn testimony of his descent to a mentally sunken place won’t fail to resonate with any listeners whose mentalities err on the side of melancholy; thanks to the notes that seem to blossom in the tonally vibrant soundscape, the release emanates pure soul in place of pensiveness.

Sunken Place is now available to stream on Spotify.

I Watch Nature Die: Brooklyn emcee Jack Frigid wonders how much more we can take on ‘So Much Pain’

Returning masterly with his latest fantastic release after the well-deserved success of the underground classic ‘The Prophet‘, Jack Frigid is in an understandably reflective mood as he sees the streets bleeding uncontrollably on the impressive new single ‘So Much Pain’.

Jack Frigid is a gospel-influenced indie hip-hop artist from The Bronx, New York. He has that old school feel when you turn him up to the max, as he skillfully creates that classic-sounding music, that has your head grooving and your enthralled body moving.

”I have been making music as long as I’ve been alive. To this day like all other music makers you can catch me banging on tables or something. I make music to send a message of light and to move emotions. My music’s meaning is to provoke thought.” ~ Jack Frigid

On a terrific boom bap beat for the ages, this is true hip-hop of the highest standard around. With quality lyrics that have been consummately engineered like a real pro – this is an absolute all-time gem of a track – that is up there with the most important singles to listen to in 2021.

‘So Much Pain‘ from The Bronx, New York-based hip-hop artist Jack Frigid, is one of those superlative tracks you dial up loud and never regret the vibration flowing excitedly from your thrilled speakers. This is the message of wondering what the future holds, as your pray for calmer waters from up above, and hope that the world may stop burning furiously like it is now.

There comes a time in your life when you look around outside your window and wonder why there is so much suffering, when there could – and should – be peace for all, if we all worked together as one team.

Hear this new track on Spotify and see more on the IG music channel.

Cheery takes us to school with her vulnerable ‘bummer pop’ debut single, ‘Concept of Love’

Any fans of Anna Calvi, Nadine Shah and St Vincent will want to delve into the evocatively avant-garde debut single, Concept of Love, from ‘bummer pop’ artist, Cheery.

The Kansas-based artist mixed spiritual earthy tones with chilling noir pop electronica for her imploringly dynamic vocal timbre to fall into. You’d seriously be hard-pressed to find more gravitas in another 2021 indie debut. The vulnerability in the vocals and the alchemy in the instrumentals prove to be a potent cocktail that resulted in mainstream potential.

Concept of Love is now available to stream on Spotify.

Sany Veloo’s latest scuzzy garage rock hit, The Human Race Ain’t Worth Saving, is a playlist staple for every misanthrope. The high-octane hit channels the angst of 90s grunge, the instrumental flair of rock n roll and the energy of a pop-rock anthem.

Before making his solo debut, the Singapore-born and raised artist was in the band, Boredphucks before they were banned by the government for their polarizing music. It doesn’t get more rock n roll than that, does it? Now residing in Melbourne, Australia, Veloo carries the same commitment to creating unapologetically expressive tracks. We probably don’t need to mention that, given the title of his latest release.

With the powerful and colourful instrumentals in The Human Race Ain’t Worth Saving, Veloo created an ironically euphoric atmosphere for the listener to complete our undeserving sentience.

The Human Race Ain’t Worth Saving is now available to stream via Spotify.