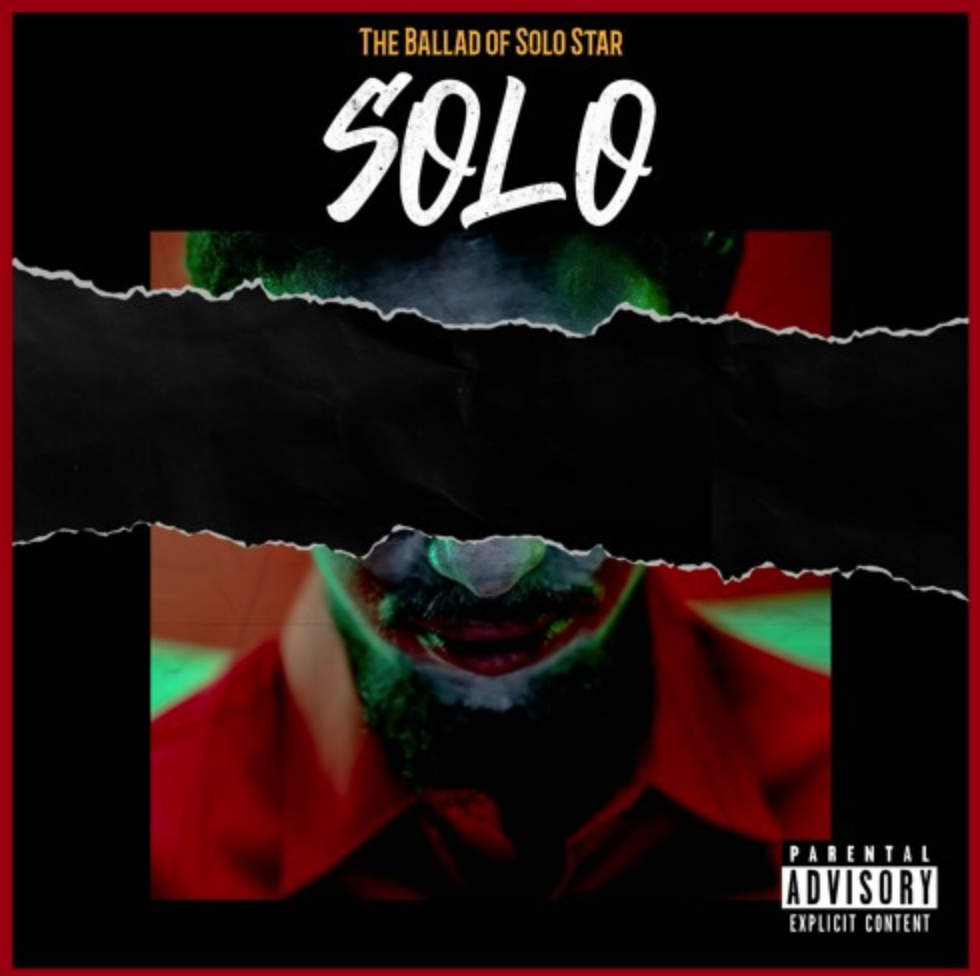 Ahead of the release of his highly anticipated 4-track EP, ‘The Ballad of Solo Star’, the up and coming artist has given us a taste of what’s to come by giving us a sneak peek of the lead track, American God.

Under the influence of Nas, Andre 3000, J.Cole, 2Pac and Jay-Z, Solo Star carries the same charismatic vocal magnetism. Instrumentally, he’s ascended to his own level and plateaued above most breaking artists. You can’t help getting hooked into the arrestingly rhythmic grooves in American God.

If you pride yourself on having the hottest names in hip hop on your playlists, you will want to make room for Solo Star.

Check out him out on SoundCloud and his website. 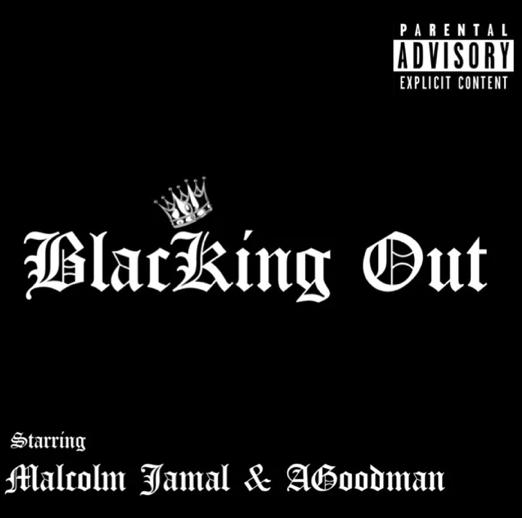 Old School hip hop fans will get a potent nostalgia hit from Malcolm Jamal’s latest single, Blacking Out, featuring AGoodman. The beats and rap style may throw back to the glory days of East Coast hip hop, but the lyricism encapsulates the anxiety and anger inspired by our current societal disparity.

It’s tracks like Blacking Out that keep injustice fresh in our minds; ignorance isn’t bliss, but more than that, it’s a visceral invitation to think big and act even bigger. The energy is infectious, and the earworm propensities are relentless.

Encapsulating the hazy magnetic energy in Midi Contro’s debut album, Yellow Park District, is one of the rare occasions where the phrase ‘it’s a vibe’ is justified. The perfect introduction to Midi Contro’s captivating style is the lead track, Slice.

On top of the trippy, glitchy, modernistic beats, Midi Contro doesn’t fail to command the soundscape, each time the lyrics hit a raw point you’ll definitely feel the sting too. The powerfully meta lyricism catches you broadsided after the preceding verses lull you into a chilled vibe. As the single gets lyrically darker, the instrumentals match the evocative tone to leave you utterly transfixed by the narrative.

Through Slice, he dispels the fallacies people have placed upon him through assumptive presumptions. Through his honesty and lyrical wit, by the time the outro hits, you’ll have made a connection with the artist through the frustration of damning perceptions.

San Francisco-based independent artist and producer SHERIDAN has launched his highly anticipated EP, ‘ON MYSELF’; the cinematically arresting title single is the perfect introduction to the prolific artist’s soulfully evocative style.

On Myself is easily the most stunning hip hop track I’ve heard this year. The tender piano keys which pick up jazz and neo-classical sensibilities in their progressions give On Myself a stunning ambience, while the indie feel to the production allows SHERIDAN’s deeply resonant vocals to hit even harder.

On Myself explores those transitionary times in our lives when we unequivocally know that we need to grow to move on, but all too often, that growth happens at a painfully slow rate. The mellow pace of the single conceptually captures those still-life days.

On Myself released on June 17th; you can check it out for yourselves via YouTube.

If fiery hip hop gets you through the 9-5, make Jazlyn Gold’s latest single, Rat Race, a playlist staple and gain the inspiration to escape. If any hustler hip hop track is going to shake you from your complacency, it is this up-vibe energetic attack on capitalism.

At just over 2-minutes long, it’s a short and sweet jazzy trap hit, but 2 minutes is all that was needed to implant a life-affirming seed of motivation to level up. Gold’s playfully dominant rap style is reflected in the lush reverb-heavy notes that add plenty of texture to the track that the 808s construct.

Rat Race is now available to stream via Spotify.

There’s officially no better way to pass the time during a 9 – 5 than catching feelings for a colleague, which is exactly what hip hop artist DK Robin waxes lyrical on in his latest single, Work Wife. It’s potentially the most honest love song to have ever hit the airwaves.

The grooving RnB hip hop beats set an affectionate tone that DK Robin amplifies with his smoothly soulful vocals that will be a hit with any fans of J Cole, Kendrick Lamar and Drake. We can’t wait to hear what off the cuff concept DK Robin chooses to explore next; whatever it is, we’re sure he’ll make a perennial urban earworm out of it.

You can check out the official music video to Work Wife that premiered on June 14th by heading over to YouTube.

Stefano Jay has released his affectionately grounding RnB hip hop track, ‘By Your Side’.

By Your Side is the latest single released by the 18-year-old artist; his signature sound resounds in the realm of melodic, compassionate hip hop that carries nuances of jazz, trap, RnB pop and old school hip hop. It’s a stunning vignette of how passionate ties keep us grounded in a world that seems to thrive on uncertainty and chaos. This anchoring track will prove to be the perfect addition to your summer hip hop playlists.

By Your Side is now available to stream and download on all major platforms via this link. 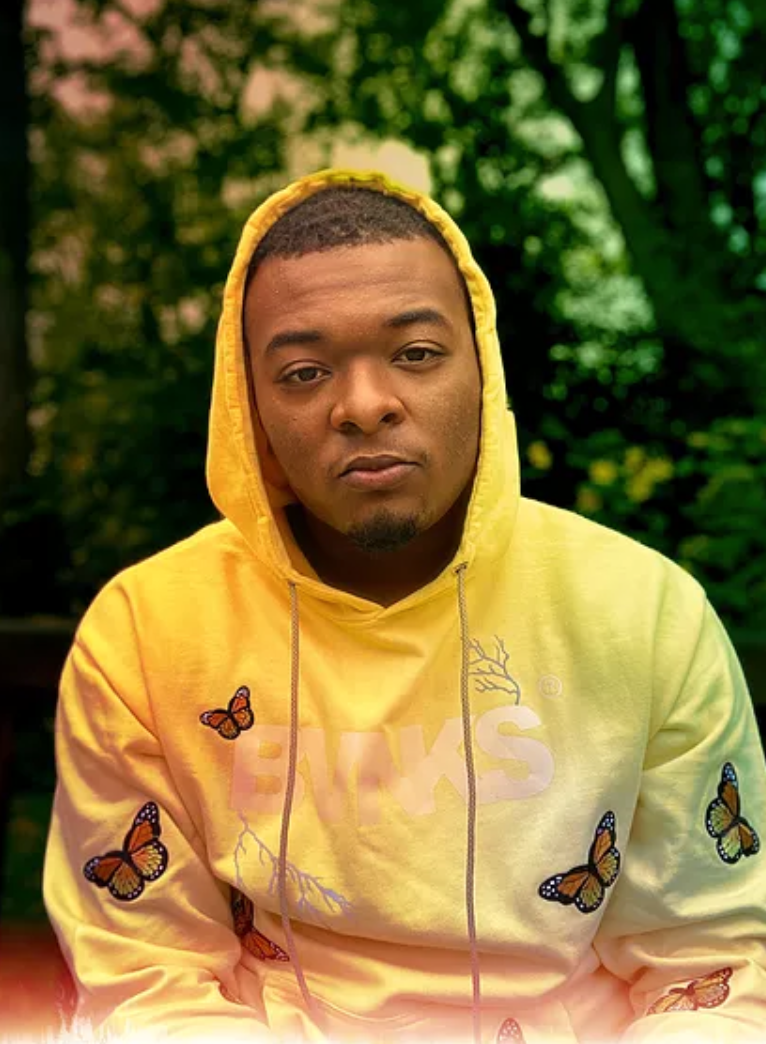 There are some fairly obvious nods to Jay-Z’s luxurious sound in the mix, but between Jay Roy and Jai Fears, plenty of authenticity was brought to Forbes List; a single that shows that all that glitters isn’t gold, but it is still beautiful. Forbes List drips with extravagance, but at the centre of the mix is a fiercely romantic sense of soul that makes Forbes List the ultimate power couple anthem.

J Roy’s latest album is now available to stream and download on all major platforms via this link.

Taken from his smooth jazzy trip-hop EP, Born to Win, Louie Tha Don’s lead single, ‘The Don’ is a compelling, candid release that shines a light on the darker side of the music industry.

For decades, we have witnessed the rise and fall of artists whose mental health took a hit courtesy of the music industry, and we still have the audacity to act surprised when we watch another artist in the spotlight burned by it. Louie Tha Profit challenges the normalisation of industry-induced PTSD in the mellow feat of nuanced hip hop. His sound couldn’t be smoother, and his lyrics couldn’t be sharper. If Louie Tha Don isn’t already on your radar, make some room.

The Don is now available to stream via Spotify.

US trap artist MiGoFromMD has been a prolific artist since making his debut earlier in 2021. With his standout single, Mental, he created a relatable manic track that reflects the insecurities that can stem from the self-awareness of our mental flaws.

His refreshingly honest lyrics cut right down to the bone while you listen to the lo-fi trap mix, prod. Nono x Ele x Lufye, run through. With a chorus of “I’m fucked and I’m mental, don’t know if I trust you” flowing with the indie trap beats that will be a hit with Tyler, the Creator, Mac Miller and Juice WRLD, there’s plenty of potential in MiGoFromMD’s raw and confessionally unique sound.

You can check out Mental for yourselves by heading over to SoundCloud.