If you’re anything like me, the title to Martin Krampi Music’s debut 13-track album “Things That Are Coming” will leave you with the desperate itch to find out the nature of the things which are coming. Is it a ubiquitous threat, or is it a promise of good things to come?

There is no immediate answer which lies in the multi-layered tonality. The first single only serves to build the tension in this Classical Crossover album as dark harsh tones conflict with the light and optimistic effervescent notes. By the time the first single had drawn to a close, I was left with the affirmation that Martin Krampi may have one of the most Machiavellian composing styles we’ve ever heard.

You can check out Martin Krampi Music’s debut album which was released on January 17th for yourselves by heading over to SoundCloud now.

Artist and producer Darren Wilson made their discernible talents audible to the world with their debut EP “Echoes” on January 1st 2020. The title track stands as a true testament to just how much chilling emotion can be poured into an instrumental arrangement.

Their compositions vary from full orchestral scores to ambient soundscapes – which you can delve into if you press play on Echoes. It may be harsh, cold, and dystopian, yet, there’s an arrestive air to Echoes which makes every haunted progression feel meaningful.

It’s only a matter of time before you see Darren Wilson’s name in the credits to feature films worthy of their alchemic approach to creating soundscapes.

You can check out Darren Wilson’s EP for yourselves by heading over to Spotify. 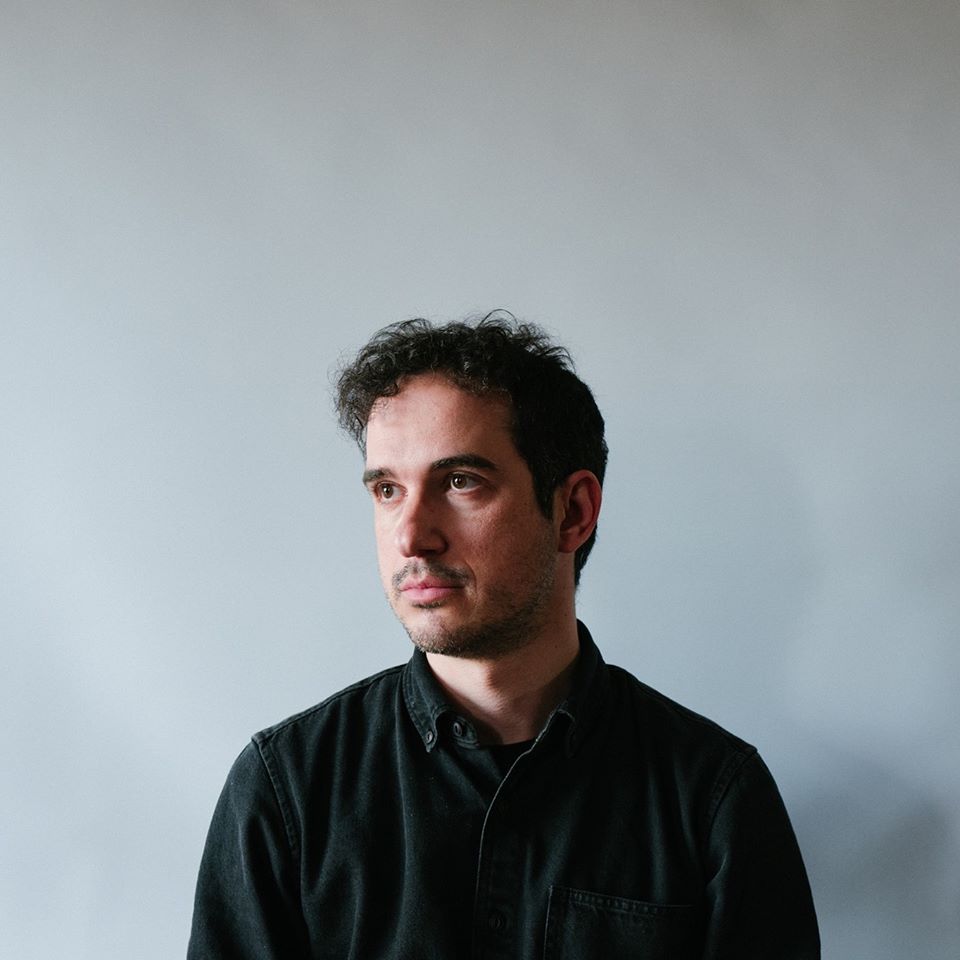 A song dedicated to the feeling of finding comfort in the darkness was never going to evade our radar without piquing our bleak curiosity. Lumiere’s stunning composition Nyctophillia certainly didn’t disappoint.

The neo-classically infused cinematic Electronica score hooks you in from the first stabbing piano note. From there on out, you’re guided along by a bitter-sweet melody which allows you to embrace the aural darkness and find the fractures of effervescence through the lighter notes. Nyctophillia is so much more than an arrangement of deftly played instrumentals. It’s an offering of pure, resonant, cathartic emotion.

If you could imagine what it would sound like if the Verve started crafting instrumental scores, you’d get a good idea of what Lumiere has to offer.

Watching the visuals which Lumiere has put together with the evocatively arrestive soundscape in the official music video is an absolute must. You can check it out for yourselves via YouTube.

The ÆTHER became one of the most unforgettable emerging artists of the year with the release of their single Alone which featured on their third album Ætherville. No matter how many times I listen to it, it still feels like I’ve had lead injected into my bloodstream.

Their latest 2-hour mammoth project “Instrumental” which consists of 32 tracks affirms that if anyone can be considered the Glenn Branca of our time, it’s The ÆTHER.

By sharing the same avant-garde composing style and the same tendency to experiment with volumes and tones it was never going to be an endurance test. From transcendentally light arrangements to piercingly sharp progressions, to droning guitars, each track swallows your conscious whole.

Rather than taking sole inspiration from other artists, The ÆTHER found inspiration in the work of filmmakers such as David Lynch and Duncan Jones. For the project, they used instrumentals used in their previously released self-produced albums. But with the absence of lyrics, there was no absence of expansive poignancy. The ÆTHER set out to create a new language by creating soundtracks to imaginary films, they more than succeeded. Listening to Instrumental almost feels like a collaborative experience. He’s laid out the explorative soundscapes with easily found aural passages. Then it’s up to find your own narrative.

Instrumental comes highly recommended to any fans of Thurston Moore’s latest extended-release “Spirit Counsel”. The ÆTHER may not currently share the same international acclaim as Moore. Yet his instrumental ability easily sits in parallel alongside their illimitable ingenuity.

You can listen to Instrumental along with their earlier releases on Spotify.

With soundtracks being a major influence on Wesley West’s songwriting style, there’s a poignantly reflective air to each of the singles, especially with Leaving Earth. The highly evocative soundscape was inspired by an imagining of how it would feel to lie on a deathbed, moments before you leave your body behind and your soul ascends.

While that may seem like a morbid sentiment, Wesley West ensured that Leaving Earth is anything but melancholic. The delicacy of the lucid notes allows you to explore your own nostalgia while you get a taste of the artist’s through their home recordings of their family.

Leaving Earth is available to stream along with the rest of the album from December 20th via Spotify and Apple Music.

Tainted Dream, founded by Ziad Sarieddine, have released the first single from their debut LP. The band, also comprised of Jack Grossman, Courtney Grace and Warren Blackwell, create art that is designed to reflect the pain we all feel. But their music simultaneously makes us see the sharp glimmers of devastating beauty within our struggles.

‘Fading’ is the first track from their album, Flip The Page, to be released in video format. The visuals within it paint the same eerie, mystifying silhouette that the vocals cause us to envisage while listening to the song. The tinkling pianos, soft, strumming of strings and breathy, ethereal vocal create a ghostly, yet somehow vital timbre. All of these sounds mingle together to create a track that will most definitely not be Fading into the background anytime soon.

As the song progresses, it becomes clear that we are witnessing a lyrical farewell. The singer professes that there is one she will “never kiss again”. ‘Fading’, then, captures the fleeting, euphoric moments that inevitably come to an end and become distant reveries located in the past. But the entrancing melodies and hopefully instrumentals force us to find the poetic resonances in the love now lost.

As the sultry vocal and downtempo sounds draw to a close, we hear an interlude that can best be described as a whispering of souls. Then, the guitar fades into a quiet void: the end.

Review By (by Alicia Carpenter)

American composer Michael Vignola has been kind enough to treat us to a preview of his intensely anticipated upcoming album “Paradigm Drift”.

Considering Michael Vignola has worked on projects with NASA, it should come as no surprise that the multi-award-winning artist was able to conjure such an ominously alchemic composition of aural star roaming with Paradigm Drift. The soundscape is laced with gentle pulls of sonic mesmerism in a bed of synth which relentlessly feeds you disconcertment – just as you’d expect a paradigm drift to feel.

While the airwaves are in no short supply Sci-Fi inspired electronica, very few of them possess the same cinematic grip as the tracks featured in Michael Vignola’s upcoming album. You’ll feel your rhythmic pulses align with the frantic progressions which aren’t exactly subtle when it comes to pulling you along for an intergalactic exploration through foreboding tonality where the melodies may as well have their own form of gravity.

Paradigm Drift is due for official release on August 12th, 2019, until then, you can head on over to his official website and check out his previously released scores and soundscapes.

The music in Season 8 Game of Thrones has irrefutably been one of the best aspects of the show in the latest season. Ramin Djawadi could be accurately viewed as an aural deity at this point. It was a bold, bold move for Nick Reynaert to create an orchestral piece to encapsulate the whirlwind of emotions when Jon finally stuck it in Dany – the knife that is. But don’t worry, he absolutely nailed it.

Nick Reynaert’s composition “When Jon Kills Dany” was released on May 10th, 2019, not only does he have the ability to make his soundscapes bleed pensively fraught emotion, but it may also be an indicator that he shares similar foresight powers to Bran. The music which played in that scene wasn’t far off from what you can expect in Nick Reynaert’s original composition. The same haunting, mournful melodies try their hardest at rearranging your soul as they implant wistful melancholy.

You can check out Nick Reynaert’s score When Jon Kills Dany for yourselves by heading over to YouTube now.

If your playlists are sounding a little stale, why not infuse them with JP Dehavilland’s timelessly bewitching yet contemporarily compelling single Hostalies. The Colchester, UK self-produced instrumentalist doesn’t just know his way around a fretboard, his guitar progressions come together to take you on an ambient journey through the concordance of his intricate chord weaving.

For Hostalies JP Dehavilland teamed up with vocalist Meg Fabry who lent her ethereally light vocal ability which seamlessly sat above the instrumentals which were heavy enough to become resonant, but the overall effect of Hostalies is nothing but pure catharsis. Alongside the melodic instrumentals you can expect some world inspired infusions which takes JP Dehavilland’s sound to the next level.

You can check out JP Dehavilland’s single Hostalies for yourselves by heading over to SoundCloud now. While you’re there, why not check out his latest single ‘Again’ for some more aural alchemy.

Andrew Stables and Nick Magus’ music covers a lot of territory but it always seems to spark with an internal drama or sense of the epic. Birds, for example, is a mercurial piano piece, wandering between baroque sounds and sweeping orchestration, poignant highs and subtle reductions. To Ophelia takes this feeling of ancient music further with a crisp, classical vocal full of perfect annunciation and eloquence creating the grandeur.

Storm Prelude is suitably distant and dramatic, brooding and occasionally bombastic and the logical conclusion of this is track such as Must Have Known which explode into slick alt-rock territory. It’s a fascinating portfolio of music, one that not only demonstrates Nick’s musical direction and Andrew’s skills not to mention his eclecticism but one which begs the question, what will they do next?