As a pretty obsessive fan of Sonic Youth’s Confusion is Sex album, soaking up the discordant noisy angst in 8udDha bl0od’s immersively abrasive latest single was an aural trip which I’ll definitely be taking again.

Despite the harsh, almost guttural vocals and the arsenal of caustic experimentalism which was poured into Untitled 1123; J.:.22 15 jU57 .:.n 3XcU53:7h3 7R0U8l3 3XPl.:.n!ng 7H3 !n3vi7.:.8l3, there was still an adrenalizing sense of resilience and optimism which resonated within the deep bends of the Post Punk basslines and the cutting energy which spilt from the No-Wave guitars.

But rather than assimilating Avant-Garde pioneers, 8udDha bl0od weaved in plenty of their own distinction through the use of bluesy, hazily psychedelic atmospheric tones.

The experimental Math Rock notes fall into just the right place to create a rhythmic pull which will lead you through the deftly crafted progressive soundscape. As the track progresses, the rhythms get tighter and tighter until you’re aware that your own rhythmic pulses have become arrested by the hypnotically cutting track.

Artist Matthew W Charles has released his eight-track anthology ‘Love What You Do’, infusing the sound of Rock and Country intertwined.

Each track has its own uplifting energy pulsing through it, it’s a collection of songs that lift your spirits as you listen because of the amount of lively personality that flows through it. You have this mixture of two rather diverse genres, that sometimes may not always combine together in the best way, but this album proves just how superb it can really sound.

Using the harmonica to start off some pieces, to the strum on the electric guitar, the instrumentation reflects that Country style, but the way the vocals are approached gives off that Rock essence, they’re smooth but in places tending to have that more rough edge to them, having a rather loud tone to them, a really impressive album.

Listen to Matthew W Charles’s EP by heading on over to Spotify now. 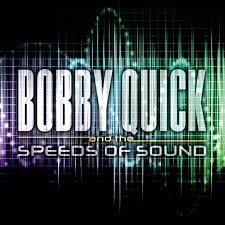 Okay, so maybe the band should have worked a little harder to come up with a name to encapsulate their flawless sound.

Their Guitar heavy Pop Rock sound is doused with Garage sensibility complemented with their Alternative Rock retro vibe, which proves to be a mix that is impossible not to fall in love with.

The bouncing melodies pound with the perfect dabbling of reverberation over the guitar to make their standout track Neanderthal a nostalgic sensation, which oddly reminded me of the cult hit Bohemian Like You by The Dandy Warhols. Just how they managed to pack in such an anthemic hit in 2:49 minutes is simply beyond me.

You can taste the Sonic Youth influence in their stand out track Neanderthal which comes off the Neanderthal EP which is due for a 2018 release.

Neanderthal is one of their more feverous tracks off the EP, whilst tracks such as Giving offer a totally different sound which incorporates some industrial EDM elements to create a thoroughly eclectic EP.

Check out the 4 track EP from Bobby Quick & The Speeds of Sound via the bands website using the link below:

Here is a new rough demo 'conflict of livetress' I think some of my Thurston Moore influence shows up in here a little.

As a massive fan of Alternative Rock & Shoegaze this demo struck all the right chords for me. The recording is as rough as it comes. Yet the talent on display is so poignantly raw, that’s a fact that you quickly learn to ignore.

You’re going to want to whack Conflict of Livetress on full volume for the full atmospheric power of the track in which she demonstrates her full rhythmic prowess. Her music is an unashamed nod to her musical influence Thurston Moore, the icon guitar player from Sonic Youth. Even over the heavy reverberation of the guitar you can hear her natural control over the guitar, Madzy is potentially the most talented female guitarist I’ve ever stumbled across. Contending with the likes of Joan Jett, Lita Ford and Nancy Wilson.

When she’s not making her own raucous music, Madzy, or Madeline is found playing guitar for Below Blackstar a band that has become infamous for its Classic Prog Rock Sound mixed with Shoegaze in which Madzy puts her angsty power chords to good use!

You can check out Madzy’s demo via Facebook using the link below:

I recently attended a De La Sol set at a festival in Queens. I enjoyed an interlude in which a voice from the trio said that sometimes you just need to let the beat play. It’s always nice to hear how artists feel about the things they make and how they make them. It’s also nice to see how artists whose styles vary greatly can agree on certain sentiments. Such is the case with Crow Quilled Confessions. Their track A Human Being on the Planet Earth perfectly demonstrates a group who know how to let the beat play when it needs to.

For the first half of the song, there are several elements introduced that seem to orbit around the catchy, strongly-mixed beat. You might miss some details along the way if you aren’t careful, but one thing is for certain, you will feel that beat. It doesn’t seem like a drum part that needs much elaboration. It may not have much to say. This doesn’t stop Crow Quilled Confessions from letting it lead the charge into the second half, which quickly but organically reinvents its status quo with fuzzy guitars and a bass that triumphantly makes its presence known.

From here, the track becomes a ride. Suddenly the beat has taken a backseat for the exploration of all the other themes that had previously been allowing it to lead. For such a dramatic change in priority to occur while holding onto the mood and tone of the song is a major challenge. Even as the song fades out in its last 30 seconds, you can’t help but feel the beat play on in your mind. This is a song that leaves the speakers and really does affect your mind for moments at a time. It’s not overly complicated, but it’s certainly a fascinating track.

Midwestern Dirt is a driven indie rock band whose music falls under a broad spectrum of genres. Their single “Lights & Shapes” has the grit of garage rock and the melodies of post-punk, echoing the work of artists such as The Pixies, Slowdive or Sonic Youth.

The lead vocals are romantic and hazy, almost reminding me of a young Thurston Moore, singing over an upbeat, yet somewhat romantic melody.

What I really like about this single is the fact that there is a huge dynamic contrast between the verses and the choruses: The song takes a step back, allowing the gritty guitars to clean up and the drums to take it a little easier, going for a full and rich sound. On the other hand, the song truly breaks up, bringing a lot of energy to this mix.

The track, taken from the band’s full-length release “Amendments”, is a great example of this group’s sonic formula.