The waters of surf rock darkened under the psychedelic experimentalism of DETHHAUS in their latest single, And You

Take a psychedelic trip with the single, And You, from DETHHAUS’ double A-side, deathaus 2. Every time you think you’ve got their sound pinned down, there’s another aural curveball to broadside you and deliver you from the sonic monotony of easily pigeon-holed music.

if you can imagine what it would sound like if you slipped a tab of acid under the tongue of surf rock, implanted a few polyphonic grooves under the waves and threw in the crux of Zappa’s eccentricity, you’ll get an idea of what alchemically awaits when you hit play on this murky mesmeric feat of experimentalism.

After starting as a bass-centred surf rock duo, consisting of Johnny Void (X-Ray Youth) and Justin Welsh (Elastica), DETHHAUS indoctrinated Raiko Mud and his keys to start a new venture that would take the outfit across borders as they recorded this new single between Central Florida and England.

Stream And You on Spotify now.

After we rolled with the punches in Lucifers Beard’s single, The Guy with a Black Eye, we’re stoked to sink our teeth into the conceptual follow-up, Lady Loser, which takes place years after the antihero’s skirmish, where the arrogance has subsided to themes of loss, regret, forgiveness, and hope.

Until the outro, the brashy tumultuousness has been dialled back to give way to the crooned vocals that envelop you over the theatrically psychedelic rock opera-Esque score that still emits electrifying energy, but there’s a remorsefulness spilling from the thespian rock arrangement, mastered by Ed Ripley (NOFX, Frank Turner, Goat Girl).

As the song concludes, after the swan song-ish ensemble, we hear Lucifers Beard’s maniacal charisma get a last burst of juggernautical creativity. It is enough to make you desperate for the story to become a trilogy.

Lady Loser will officially release on December 15th. Hear it on SoundCloud. 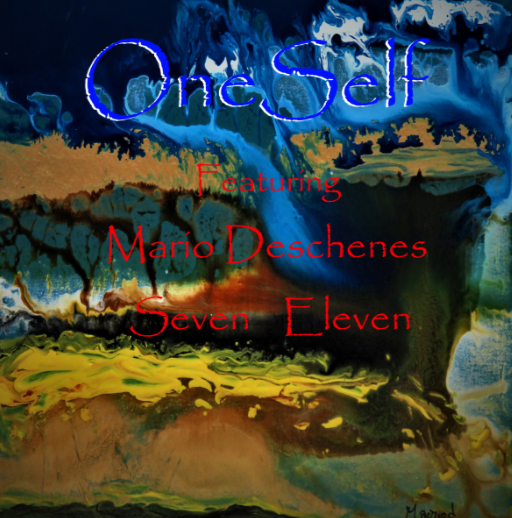 “( Here ‘N’ There ) ‘N Anywhere” is the latest simmering feat of groove-heavy rock n roll from OneSelf Featuring Mario Deschenes. With the pop motifs beside the bluesy piano riffs and plenty of overdrive behind the raucous guitar lines, it is hard not to get swept up in the upraising momentum of the infectious earworm led by Mario Deschenes.

With touches of The Beatles written into the production and an element of 70s era Elton John in the frenetically galvanising hit, any true rock n roll fan won’t be able to resist the garagey electrifying energy within ( Here ‘N’ There ) ‘N Anywhere, which contains equal parts swagger and soul.

After opening for the Plain White T’s and Hoobastank, LA alt-rock powerhouse Kiss the Scientist is priming the airwaves for their debut EP that is set to release in 2023. Their latest single, Waiting on the Rest of the World, starts with an ambient neoclassic stringed prelude before waves of momentously high energy break around the alt-rock instrumentals.

Strap yourselves in and prepare for off-kilter curveballing progressions that make delving back into Waiting on the Rest of the World infinitely pleasurable. With every repeat listen, you pull something new out of the multi-sensory experience that entices you with the punk ethos in the lyricism and the delicate motifs around the monolithic breakdowns.

The swirling psych-rock cascades cut up by classic rock riffs create a stunning score of ingenuity for lead singer and guitarist Max Tomack to lay down his dynamic vocals that range from ragged post-hardcore screams to hook-filled melodic lines.

As if we didn’t love the latest single already, we were infatuated upon finding out that all of the music that spills from the practice room is a happy accident made through their sheer unadulterated love of making music. We’re officially psyched for the debut EP.

Waiting on the Rest of the World will officially release on November 18th. Catch it on Spotify and all other major platforms via this link. Follow Kiss the Scientist on Instagram.

Following the phenomenal success of their 2022 album, Embrace the Chaos, the Cardiff indie alt-rock innovators, Columbia, have unleashed the all-consuming furore of their post-punk-tinged post-Britpop single, Disorder. With the harbingering urgency of the swaggering vocals as they paint a damning depiction of our dystopic bleak modern age against the vortex of psych guitars, Columbia reached the pinnacle of visceral realism with Disorder.

I don’t think I’ve been this excited about a newly discovered band since I tuned into Desert Mountain Tribe for the first time. It comes as no surprise that their producer at Kings Road Studio described Disorder as the biggest sounding track he’s made with a band. It’s a juggernaut that makes no bones about dragging you into the dark disparaging societal view was born from.

Disorder is now available to stream on Spotify.

The alt-90s are definitively alive in the latest EP from the multifacetedly talented artist and songwriter KAIS. From his studio in Cyprus, the award-winning and BBC-favourite artist delivered three melodic singles that toe the line between artful ingenuity and meditative transcendence.

The opening single, Horizon, carries reminiscences of BETA BAND, but via a 25-year wormhole with its languid guitar licks, groovy trip-hoppy drums and blissful boyband-style vocals.

Track two, Turning to Gold, is enough to throw you right back to the not-too-distant nostalgia of Doves’ There Goes the Fear with its lush, laid-back, bluesy laments and heartbreaking swoonsome melodies.

Putting the context behind his singles, KAIS said

“Horizon is a Citizen Cope / David Gilmor-esque inspired ode to tapping into one’s inherent free spirit, which commonly unearths in the lovers’ bond. It paints an image of a man that once swam with his beloved in the magic of a summer night’s sea and attempts to reconnect with the ubiquitous “baby how’s your day?”

Turning to Gold is a hymn of lovers as they traverse life’s highs and lows. It reaches into metaphysical spheres while weighing on the fact that bliss cannot be found when one is merely dreaming.

If any contemporary can unwrite all the false premises of capitalist romanticism and affirm that the beauty of love and life lies in the simplest of moments, it is KAIS. He knows just how to bring his epiphanous concepts to life so that the sonic end result is just as mind-bending as his laureate-like revelations.

The Hot Air Balloon EP is now available to stream on Spotify, Bandcamp and YouTube.

Spotlight Feature: JACOB CHACKO has made his psych-pop-rock debut with the infectiously up-vibe single, Good Moment

JACOB CHACKO is fresh from the release of his mindfully optimistic debut single, Good Moment, which brings everything it says on the tin.

Sonically, it’s a mash of psych, funk, pop, rock, and soul, pulled together by the sheer evocative magnetism of the psychotropic single that comes complete with spacey synths, grooving funk basslines and 60s psych-pop tendencies.

So many artists start with the intent of creating good vibe music but immediately falter after setting the intent. With JACOB CHACKO, there was no danger of his good vibes falling flat or resonating as trite. The dreamy textures, the vibrant-funk grooves and the vocals that make you instantly want to memorise the lyrics make for a sweetly resolving soundscape that can strip the existential weight right off you.

“Good Moment is about keeping negative elements at bay, being present, and enjoying the good things in life. It is a simple chill tune, intended to brighten someone’s day. In these uncertain times, we could use a little cheering up… what say you?”

Good Moment is now available to stream on Spotify.

From the ancient mountains of Central Mexico, the alt-indie psych artist, Shandri, is here with his latest progressively indulgent aural trip, Desert flower. It evades every revival cliché by complimenting the shimmering psych-rock transcendent tones with a touch of War on Drugs and Radiohead art-rock finesse.

For the instrumental interlude, the one-man project surpassed expectations with screaming saxophones and jazzy nuances that will leave any self-respecting desert-rock inclined muso weak at the knees. Yet, Shandri invertedly poured plenty of commercial potential in the single by wrapping it into an addictive 3-minute package that deserves to blow up as much as the Black Keys’ biggest hits. We can’t wait to hear what follows.

Desert Flower is now available to stream on Spotify.

Spotlight Feature: Chris Luke has made a soulfully interstellar return to the airwaves with his industrial cosmic rock track, Love’s Big Machine

After getting sync deals in shows, such as Beverley Hills 90210 and McKenna, and contributing to the OST in the 2021 film, The Girl Who Believes in Miracles, Chris Luke has released his first original single in two decades, Love’s Big Machine.

After a snarling industrial rock intro that establishes the Nine Inch Nails influence right off the bat, Love’s Big Machine starts to veer into a vibey euphonic hit that crosses timelines with its psych-pop nuances, classic rock structure and rock opera styling. It’s as spacey as Bowie, as upraising as a Christian & Gospel release, and thanks to the sporadic industrial touches, it’s as visceral as the similarly titled Pretty Hate Machine.

The Cleveland Ohio-hailing artist has definitively mastered the art of allowing pure expressive soul to resonate as infectiously catchy anthemic energy. We can’t wait to hear what follows.

Love’s Big Machine pulses with raw energy and heart. Both cacophonous and subdued, the lyrics celebrate the endless tumble of life and love, exploring themes of connection and isolation, with love as the driving force at the center. Part soundscape, part alt-rock-epic, Love’s Big Machine blends beauty and chaos in a unique, radio-friendly rock anthem.”

You can check out Love’s Big Machine for yourselves by heading over to Spotify.