If you thought the title to TriPed’s latest single “Driving with Tears in My Eyes” is candid, just wait until you hear the raw, fraught introspection which acts as a window into the melancholic soul of this exceptional artist.

It’s an organ-tensingly evocative experience which is sweetened by the striking talent on display in the Synth Pop hit.

Driving with Tears in My Eyes will throw you back to the 80s with the throbbing synth notes while simultaneously projecting you into the future, which will undoubtedly be bright for the London-based solo Pop artist.

Whether you’re a fan of the Midnight or still a staunch fan of the Human League, you won’t want to miss this electrifyingly powerful release.

You can check out TriPed’s latest single via Spotify.

Chicago-based Alt Indie Pop artist Luan Seguim has crashed onto the airwaves with their unapologetically authentic track “Terminator” which still fizzes with commercial potential in spite of the arrestingly visceral distinction.

Remember when Imagine Dragons dropped Radioactive in 2012? Yeah, it’s as stylistic and fresh as that. With an eclectic array of influences behind their futuristically grooving sound, Luan Seguim was able to serve up a genre-defying hit which Indie, Rock, Dark Pop and Electronic Pop fans will all undoubtedly approve of.

You can check out Luan Seguim’s track Terminator by heading over to SoundCloud now.

Julian’s thoughtful, evocative lyrics and soulful, atmospheric vocal carry the song over keys and bass, a sophisticated and distinctive vocal performance that’s both commercial and individual. Julian is currently working on new material with UK composer/producer Ian Barter, but ‘West Coast Girl’ is the perfect late-summer antidote to darkening evenings and lockdown malaise.

Rya Park has released her compassionately candid single “The Lucky Ones” 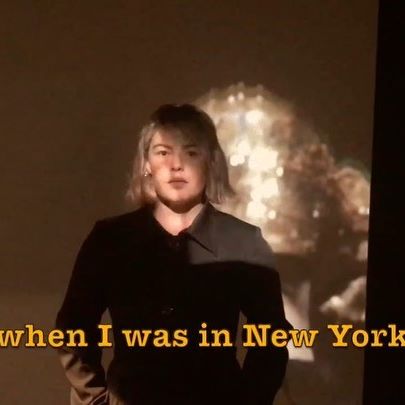 From the first lyric in Rya Park’s latest Funk-soaked feat of stylistic Pop “The Lucky Ones,” you’re hooked. Her scathing wit perfectly pairs with her romantic air and the vibrance offered by this tonally stunning single.

The chorus is guaranteed to stick to your synapses like superglue. The concept which Rya Park plays around with in The Lucky Ones is enough to shift your own perspective when it comes to dissecting your romantic tragedies and successes.

It’s a flawless radio-ready Pop hit. If anyone has got what it takes to climb the Pop charts, it’s Rya Park. The Australian-born singer-songwriter and instrumentalist is never afraid to tackle issues which delve far beyond the surface. With her tracks touching upon mental health, toxic relationships and melancholy, she’s everything the airwaves need right now.

I wish there was someone so compassionate, candid and insightful releasing records when I was younger.

NOFAR WAINBERGER’s debut Pop earworm Stay with Me leaves lingering resonance which stays with you for long after the uniquely inviting modern hit has faded to a close.

There’s a rare sense of sincerity within the vocals which run clean and free from autotune, NOFAR WAINBERGER’s flawlessly harmonic passion-soaked vocals needed absolutely no assistance. The trancey energetic beats provide the perfect platform for her equally as galvanizing vocals.

Stay with Me is the perfect Summer Pop pick-me-up if you’re looking to infuse a little romanticism in your playlists. Pop debuts are infrequently as promising as this. We’re already stoked to hear what’s next.

Stay with Me is available to stream on all major platforms via this link. 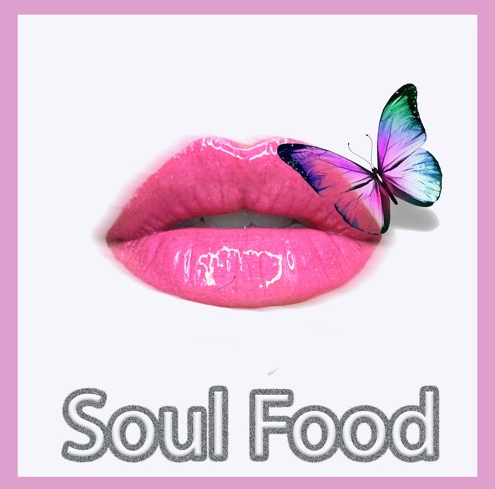 We’ve all had a pretty soul-sucking 2020 so far, so breaking Pop artist Ryan Xo sought to address the balance with his latest single “Soul Food” and it’s safe to say that he succeeded.

His seductively soulful Synth-Pop single offers a serious amount of authentically amorous evocative appeal. With the slightly Retro Pop-vibe, it’s accessible from the first hit. Any fans of the 90s Pop sound under a contemporary production will undoubtedly want to make Soul Food a firm fixture on their playlists.

If you’re taking names of the artists in possession of the voice of the new generation, you’ll want Sinikka Monte’s name at the top of that list. The Indie Pop hit transcends archetypal moody Pop with a passion-soaked delivery of unfiltered and unapologetic emotion while keeping the sound stylish and radio-worthy. There’s a smorgasbord of it on show, making it all too easy to warm to Sinikka Monte’s resoundingly arrestive sound.

Sinikka Monte may be fresh from her inception, but there’s already an irreplicable maturity to her sound which won’t be easily ignored. Get her on your radar now. She’ll end up in your ears one way or another.

You can check out the official video to Sinikka Monte’s single Play Pretend which dropped on June 19th for yourselves by heading over to YouTube.

Their instantly immersive, blissfully light soundscape carries an Indie vibe to amplify the accessibility of the Future Pop beat which is perfectly complemented by magnetically warm vocals. Neither the vocals nor the lyrics hold back on spilling plenty of amorously romantic appeal.

The hype around Robin Novaku’s sound is more than easy to understand with their effortlessly feel-good, organically resonant mixes. If you like to have your finger on the pulse of up and coming talent, you’ll want the Albanian artist on your playlists. There isn’t a vibe check on earth he couldn’t pass.

You can check out Robin Novaku’s latest single Hold On for yourselves by heading over to Spotify.

“Hero” is just one of the recently released singles from up and coming Pop sensation Halle Abadi. The seductively moody soundscape is as resounding as it is pioneering.

With elements of rhythmically arrestive World music weaved into the mix and Halle Abadi’s distinctive vocals, Hero is transfixing from start to finish. The emotion which she’s able to project into the soundscape is unparalleled. With each vocal note pulling you into the lustful mood of the track, you can’t help but find the resonance in the lyrics which scratch well beyond the surface.

With a sound so visceral and immersive, it’s no wonder why Halle has been able to amass international acclaim since recently making her debut. Watch this space.

You can check out Hero along with Halle Abadi’s other releases by heading over to Spotify.