Italian Dark Psych Folk artist Nero Kane released their sophomore album, ‘Tales of Faith and Lunacy’, on October 30th, following on from the plaintively arid psychedelia in their debut album ‘Love in a Dying World’.

After tracks from their debut album quickly fell into my ‘on repeat’ playlist on Spotify, there was no preparing me for how dark this album was going to be. The droning walls of noise leave you utterly paralysed by the intensity of the emotion. It’s so much more than just senseless nihilism, it’s a series of reflective admissions made regrettably, but sincerely all the same. 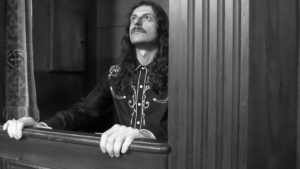 Despite melancholy being a recurring theme, the expansive release offers a myriad of introspective wormholes to slip into. Each track will surprise you more than the last. For anyone that believes that albums are outdated formats, Tales of Faith and Lunacy will prove you wrong. It tears you from the 21st century and invites you to explore a gothic American western landscape constructed by hypnotic minor-key psych-folk infusions with the ability to subjugate your entire consciousness. The space left between the notes in the looped riffs allow your fear, disenchantment and isolation to coalesce with the soundscape. 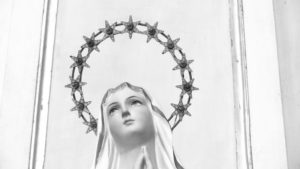 Lord Won’t Come sets such a devastating tone for the album. The title becomes a mantra as it confirms your fears; there is no salvation which follows the traversing of our seemingly-condemned quite literally scorched earth. Bauhaus and Nick Cave reminiscences are easy to conjure, but Nero Kane has an authentically unique ability to console you, even when he’s telling you that your soul is damned.

Track 2, Mechtild, where you can truly start to appreciate Nero Kane for his inclination to look outside of music for inspiration. Mechtild was inspired by the life of a Christian medieval mystic, the drawn-out notes resonate like celestially meditative whispers implanted by a lover, chilling but passionate all the same.

There isn’t a skippable track on the album but Track 4, Magdalene, offers an unparalleled level of dizzying entrancement as it sonically effervesces. It is the epitome of psychedelia; it almost makes you question your ability to cognitively function as it consumes you. Atop of the viscerally ensnaring kaleidoscopic tones, you’ll find Samantha Stella Stella’s sermonic vocals which will leave you floored by their gracefully convictive command. 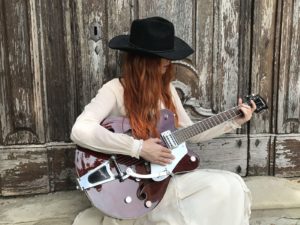 The release poignantly paints a picture of how lunacy has the potential to be in everything we do and everything we feel, from the following of faith to battling self-inflicted psychological destitution. But perhaps more imperatively, the album highlights the danger of going into yourself, only to find madness. After what we have all been through in 2020, Tales of Faith and Lunacy unravels as the cultural sanctity we’ve all been crying out for.

Tales of Faith and Lunacy is due for release on October 30th via Nasoni Records. 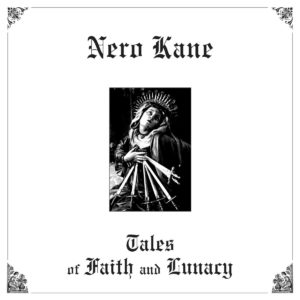