Manchester-based alt-indie electropop artist and producer Rorys Aspect has released his arresting EP, Lifesaver, featuring the standout synth-pop track, Social Anxiety, which comes with spacey 80s vibes and the most candid lyricism you will hear this year.

With shoegazey guitars and just as much reverb on the vocals, the raw nature of the lyricism loses some of its sting in the choral trippy tones that are prolific in tracks from Manchester’s greats such as the Stone Roses, the Chameleons and the Charlatans.

The self-produced track is unequivocal proof that Manchester has another revolutionary in its midst. As a fellow Mancunian, it is all too refreshing to hear an indie artist not falling into the process of assimilation.

You can check out Rorys Aspect’s latest EP by heading over to Spotify.

Fox Evades is the solo project of Manchester-born singer songwriter and producer Jordan Mae. Following up the success of debut single ‘The Heart That Drowned’ and follow-up ‘Bira’, both of which garnered interest from BBC Introducing’s Hannah Fletcher, comes third single ‘Someday’.

A soaring, spacious three minutes of echoey dream-pop, reminiscent of Desperate Journalist, Belly, Slowdive, or The Cure, ‘Someday’ is deliciously gentle and atmospheric, tangibly breakable and ethereal, with a picked repeating guitar line that could have come straight from Three Imaginary Boys or Seventeen Seconds, and Mae’s haunting, delicate voice evocative of Tanya Donelly or Toni Halliday on vocal duties.

It’s truly excellent, and a beautiful, ephemeral taster for Fox Evades’ debut EP due out later this year. You can hear Someday on Spotify; follow Fox Evades on Facebook and Instagram.

For her latest single, ‘Rise’, which has now been accompanied by a music video shot by Guillaume, up and coming singer-songwriter Srujanika teamed up with producer MILIAH to orchestrate an intricate, intimate feat of indie-pop that doesn’t just lyrically scratch at the surface. It cuts right down to the marrow.

Sometimes, all that is needed is the reminder that no matter how alone you feel on the darkest nights, you’re not alone in your dark transition periods before the light starts to breakthrough. The deeply spiritual release pulls in nuances of shoegaze and dream pop to give the single a sense of fragility; through Srujanika’s vocals, you’ll find comfort along with the inspiration to find the same resilient strength.

Even if you listened to the radio all day, you wouldn’t hear a more compassionate and consoling voice.

You can check out the official video to Rise that premiered on May 15th by heading over to YouTube. Send Me Giants has made their debut with the driving, despondent alt-rock single, ‘Figure Something Out.

Nashville-born, Chicago-based Musician and producer, Send Me Giants (John Remp) has made his debut with the evocative alt-rock track, ‘Figure Something Out’ which paints a poignant picture of despondence and confusion. If you can’t relate to that, are you even human?

As someone who has invested plenty of their time sinking into reverb-swathed choral indie shoegaze, I can assuredly say that few new artists manage to pull something new out of that tonal ilk, but Figure Something Out, with its math-rock Midwest emo elements, delivers a brand-new angular aural experience as the cutting notes ring across the discordance.

After such a promising and authentic debut, we can’t wait to hear what he has in store for his sophomore single.

Figure Something Out is now available to stream via Spotify.

Emotion and the potential for honest human connection run at the forefront of Chateau; the delicately angular shoegaze guitars bring an air of fragility and vulnerability to the release while the lyrics find powerful meta ways to relay the complexities of pain. With lyrics such as, “I’d drink that poison just to swallow that pill”, Azure Wolf artfully illustrate how much internal conflict lies in each of us.

Founding member and vocalist Victoria Backle’s vocal timbre effortlessly establishes Azure Wolf as a distinctive artist that wouldn’t be out of place on a lineup with Slowdive, The National, Interpol or Editors. Yet, she leaves you in awe of far more than her vocal range. With every release from Azure Wolf, you get a sense of the bravery it took for each of the members to throw themselves in completely.

Azure Wolf’s latest release is now available to stream via Spotify and Bandcamp.

After their last single, Be This Way, refused to stop haunting us after we’d heard it, we eagerly delve into Brian Perrone’s latest single GOTTA GET AWAY which captures the claustrophobia of a situation that will cage you if you don’t start to push against the bars.

By starting with reverb-soaked synths, an archetypal feat of pensive 80s pop is teased before choral shoegaze guitars creep into the mix and build momentum in the track that almost becomes theatrical behind the curtain of alchemic genre-melding.

If you can imagine what it would sound like if Freddie Mercury, The Smiths, Muse, Editors and My Bloody Valentine had a stunning lovechild, you’ll get an idea of what to expect when you hit play on GOTTA GET AWAY.

Experiencing any form of intensity is a pleasure in lockdown times, but the sonic smorgasbord of alternative culture is so much more than a reminder that you still have the capacity to feel. It is an affirmation that we have an exceptionally talented artist in our midst who deserves celebrating. The Detroit singer-songwriter and multi-instrumentalist is obsession-worthy.

GOTTA GET AWAY is now available to stream via SoundCloud.

Mantisgrove want to scare us in the ‘Ghost House’

The work of musician Seth Leininger, from Laramie, Wyoming, ‘Ghost House II’ – from Mantisgrove’s debut album ‘Our World’, is a dream of a track, a mixture of synthpop and mellow, full-band, beauty; chiming guitars, descending bell-like synths, and ethereal, soft vocals. Reminiscent at times of that gentle wave of British indie that included the Inspiral Carpets, the Chameleons, Ride, and the Stone Roses (think ‘She’s a Waterfall’ or ‘I Wanna Be Adored’), ‘Ghost House II’ spirals and twists around a central repeating guitar motif, mixing that indie vibe with psychedelia, surf rock, and chillwave to produce something alluring and fascinating in its winsomeness.

The follow-up to Mantisgrove’s well-received debut EP ‘Noon Blue’, you can check out the delicious ‘Ghost House II’, and the rest of ‘Our World’, on Spotify, and follow Mantsigrove on Facebook and via their website. 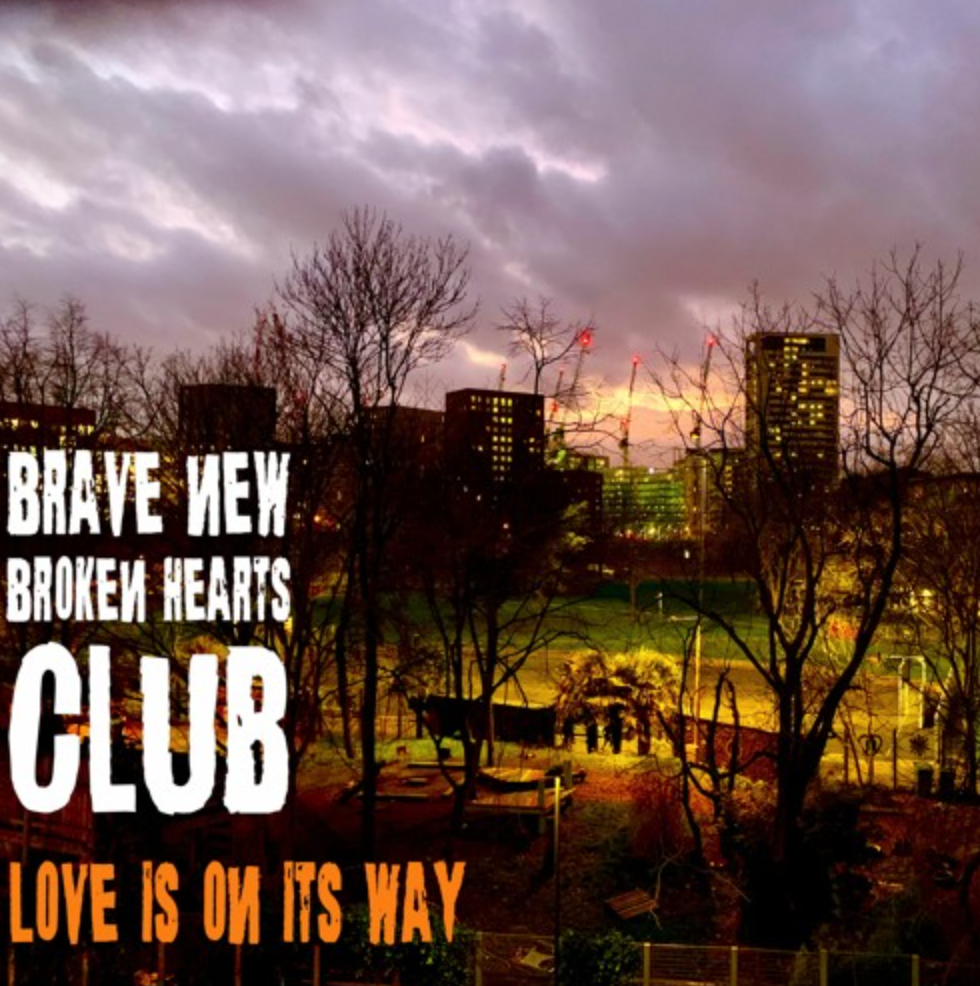