The Last Clouds epitaphed society in their debut LP, Illuminism 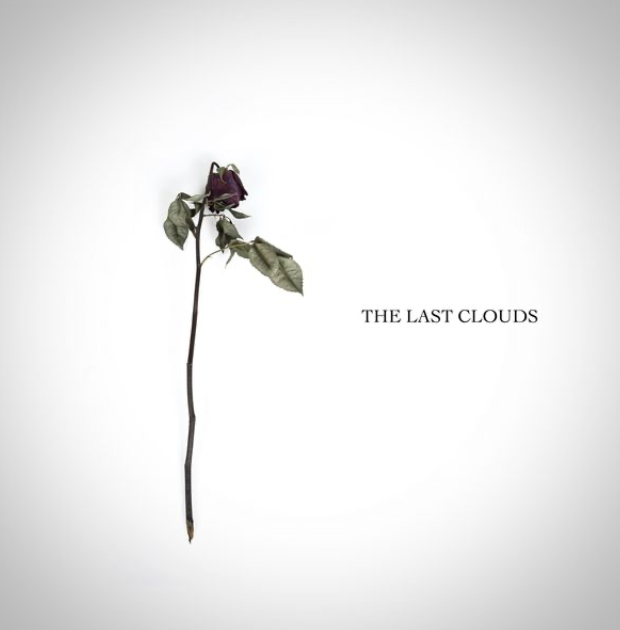 After a string of emotionally wrenching singles, The Last Clouds’ first album, Illuminism, has finally arrived. Bringing with it proclamative liberation from the idea that alienation makes you an outlier in 2023.

Short of being prescribed a trip to the seaside with a bottle of laudanum. I couldn’t think of a better way to find sanctity as our era is epitomised by the descent of truth, meaning, refuge, and connection.

With poetically forlorn lyrics that push the chill of modernity through light and dark malleable elements to reflect our increasingly arduous associations with our disunited society, the LP kicks off to a phenomenal start with track 1, Becoming.

Track 2, Origin, is instrumentally reminiscent of the latest LP offering from Editors. While Matt Schott endeavours with his harbingering vocal lines that effortlessly gel with the turbulently distorted bass around the scintillatingly futuristic synths.

Track 3, Empty Room, starts with a cinematically cavernous ambience to set a tone of Lynchian isolation before the interstellar lyricism drifts across the detachment-reflective instrumentals that are pushed far enough back in the mix to conceptualise the titular allusion.

Track 4, Earth’s Light, starts with an arcane neo-classic electronica score before bursting into a fervid outpour of future pop; the ardent backbeat rails through the reverb as the vocals and lyrics run through in a similar visceral vain to Nova by VNV Nation.

In the same way War of the Worlds is an apocalyptic narration of the end of the world, track 5, Turnpike, chronicles the uncertainty that perturbs even the most resilient minds as we anticipate the future after the everyday disasters we have numbed ourselves to through over-exposure.

Track 6, Another Way to Fall, is a ruminative masterpiece. Rich with romanticism and abjection in equal measure. Definitively proving that few things are true in this world without bitter-sweet duality.

The previously released single, Damage, is by far one of the most poetic accounts of the repercussions of living in a post-truth era I will probably ever hear. The Covenant-ESQUE synths give way to an exposition of how far the mainstream media is willing to let us sink under divisive propaganda.

The concluding single, Fog of Lies, is another sonically disassociated depiction of where we collectively lie in a society that is as glitchy as the artfully jarring orchestration. It’s the perfect continuation from Damage, which will undoubtedly be the most poignant aural memento of how we came to disaffectedly be.

Considering that protests are now effectively banned, this is as close was we are going to get to objection. The fear-encompassing LP is a boldly vulnerable dissent against the forces that are working together in perfect design to welcome us to our worse than Orwellian future. For your own sake, get your resonance fill from it.

Illuminism will officially release on January 20th. Hear it on all major platforms via this link.

If the sub-genre emo EDM doesn’t already exist on some dark and despondent corner on the internet, the electronica producer, nasir mf. started it with his trappy trailblazer of a debut single, fuckin lonely.

After a wavy indie trap prelude, the hit blasts off with a high-fire boost of momentum that allows the track to transcend drum n bass before the candid vocals run through pioneeringly bold lyricism to shatter the stigma attached to admissions of loneliness.

To make such an honest track at any point in their career is a brave move; to choose this track to introduce himself to the world, nasir mf. is a total fucking icon. The Brooklyn-based electronica artist made his debut to carry on the legacy of the black artists before him while pushing the boundaries of sound and expression. In the process of succeeding across the board, he became an instant icon in our view.

Nothing compares to the high of hearing an artist speak the unspoken and fuckin lonely let the euphoric floodgates open. We can’t wait to hear what comes next.

fuckin lonely was officially released on December 2nd and is now available to stream on Spotify.

The up-and-coming Netherlands-based techno producer, Sam Collins, launched his latest meditatively melodic single, Orion, on September 27th. Strap yourselves in for a spacey trip through the extensively mythologised constellation.

Much like his eerily cold debut mix, Sam Collins’ sophomore release gently builds in momentum through the instrumental progressions after a dystopic ambient industrial prelude and pounding bass kicks which break into electro melodies that will become your new sense of gravity for the entire duration of this immersively dark mix which asks for no permission before it entrancingly takes over your rhythmic pulses.

Orion is now available to stream on Spotify & Bandcamp.

Above and Below is the latest temperately scintillating feat of alt-electronica from the producer Victor Bomi, best known for his collaborations with Universal, Sony and Virgin Records. Now working on his solo work, he’s allowing his autonomy to make strides in his music which is a spectre of synaesthesia.

The supple synth melodies kaleidoscopically create bursts of euphonic energy against the robust rhythms, despite the minimalism. It isn’t every day that you aurally amble across an artist who brings out the softer side of electronica; the Italy, Russia and France descending artist clearly knows how to breed intimacy within his productions that manifest through his love of cinema and synths.

Above and Below was officially released on September 21st; add it to your Spotify playlists.

UK-based future bass and electronica producer, Sentry invited his listeners into the ‘Citadel’ in his latest emotionally-heightened single, taken from his upcoming project, The Anomaly, which is due to drop later this year.

Citing Quiet Bison, Porter Robinson and OBLVYN as his influences, the 22-year-old artist makes familiar progressive moves, but there’s a sublime equanimity to his production style between the big percussive breaks. Toeing the line between scene-setting ambience and visceral synthetics, Citadel is a ground-breaking hybrid that you are going to want to take for a spin time and time again.

Citadel is now available to stream on Spotify.

Dooplex proves that patience is a virtue with his exploratively eclectic electronica release, It Will Click

When he’s not composing film scores for shorts and feature films, the independent eclectic electronica artist and producer Dooplex is lacing the airwaves with Cubase 12-crafted soundscapes. His latest single, It Will Click, delivers the instrumental affirmation that happiness isn’t something to be chased; it comes to those who know that patience is a virtue.

What starts as an ambient tentative meander breaks into a breakbeat exploration, guided by tropic percussion that is sure to leave serotonin firing between your synapses. The short and sweet release follows his hit remix of Stay Alive, which amassed Dooplex 230,000 streams on SoundCloud alone. On the basis of It Will Click alone, future viral fame is undoubtedly in the artist’s future again.

It Will Click is now available to stream on SoundCloud.

Bahbiss Cobb (AKA Eric Curry) dedicated his latest spill of ambient electronica, Squabble with Oats, to women around the world as a recognition for all that they are and all that their autonomy creates when they dance to the beat of their own drum.

The syncopated percussion and vortexes of swirling electronica transfuse in the soundscape to create a hypnotic ambient effect in the extended mix which lands on the visceral side of mesmerism. Genre-wise, no EDM branch was out of reach, but the industrial rhythms are the most strident ingredient in the release that is emboldening and invigorating in equal measure.

Drift back to the 90s rave era with Timothy and the Apocalypse’s latest forewarning release, Strange Tide

I never need all too much convincing to evade modernity and drift back into the relative comfort of the 90s; Timothy and the Apocalypse’s 90s rave-inspired release, Strange Tide, made taking an aural trip back across the decades all too irresistible.

Beyond the swelling progressions, crafted for filling floors and drinking in metropolitan landscapes in the twilight, there is a subtle reminder that you can only swim against the tides of narcissism for so long before you get pulled under by the self-serving currents.

With his fourth full-length album, All Busted Up, in the pipeline, there has never been a better time to indulge in Timothy and the Apocalypse’s electronica escapism.

Strange Tide is now available to stream on Spotify.

Timothy and the Apocalypse – Voice Like an Echo: Meet Your New Favourite Trip-Hop Raconteur

After racking up hundreds of thousands of streams since his 2021 debut, the fatalistically monikered experimental electronica artist, Timothy and the Apocalypse has unveiled his latest leftfield single Voice Like an Echo.

With his knack of adding soul to synthetic textures, Voice Like an Echo is yet another trippy triumph, which carries the trip-hop gravitas of Portishead and the ardent downtempo allure of Massive Attack’s most grippingly progressive productions.

If the endlessly imploring vocals finding synergy with the mellifluous glitches (yes, I know that should be a paradox, he’s THAT good) don’t move you, you can probably consider yourself emotionally paralysed. Who would have thought end times would sound so sweet?

Voice Like an Echo is now available to stream on Spotify.

‘Ethereal’ may have been inanely bound around so much that it has lost all meaning and resonance, but if there is any artist that the adjective should have been reserved for, it is the eclectically experimental creator of aural worlds, Will Roesner.

Especially based on his latest single, Vampire Style, which brings back the romanticism and gothic glamour of Interview with the Vampire. In place of fangs and frills, there’s cavernously lush 80s-Esque reverb, synth-carved ambience, and gorgeously delicate lamenting harmonies over the tear-jerking accordance.

With a new album due for release in early September, all eyes should be on Will Roesner and his command of evocative minimalism.

Vampire Style is now available to stream on Spotify.