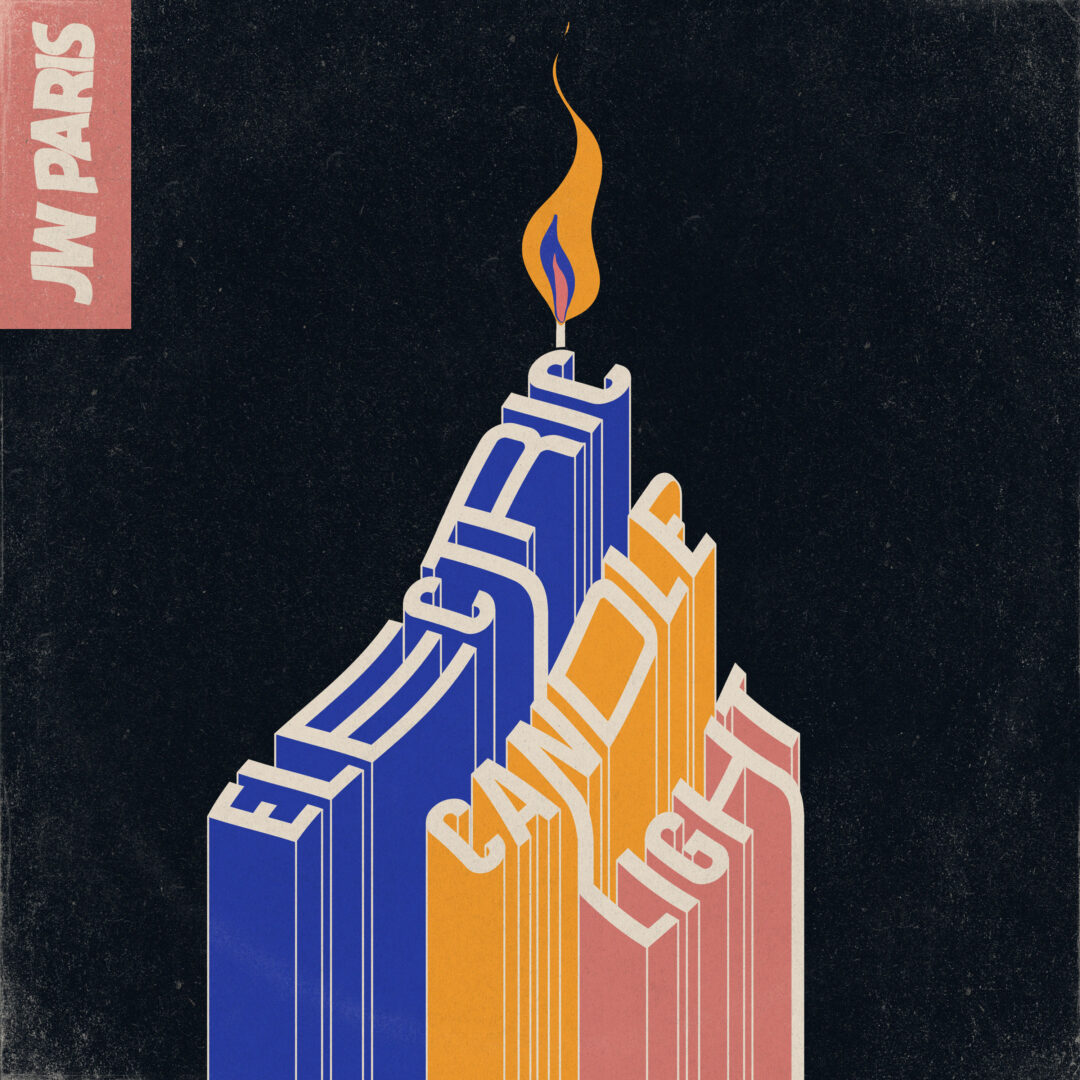 JW Paris, the UK-based three-piece that is quickly becoming revered for its pornographic guitars and biting Britpop swagger, have unleashed their stickiest alt-90s earworm to date with Electric Candle Light.

The Crampsy garagey prelude paves the way for surf rock meets no-wave indie hooks that won’t fail to reel you into the volatility of the sonic triumph. It easily matches the energy of Blur’s Song 2. Yet, notably, JW Paris is a caustic cut above the rest with their jarringly arrestive synth lines and subversive lyrics that acknowledges the rose-tinted glasses that nostalgia always filters through.

The single was recorded and produced at Buffalo Studios by JB Pilon and mastered by John Davis (Blue, IDLES, Foals, Primal Scream, U2). With that in mind, it never really had a chance of falling flat. Since making their debut, they’ve been a constant feature on BBC Radio 1, BBC 6 Music, Absolute Radio X, and Radio X. They’ve also shared stages with The Amazons, Skinner Brothers, Yonaka and Avalanche Party.

Electric Candle Light will officially release on March 25th. You can check it out for yourselves by heading over to Spotify.

Keep up to date with new releases and tours via Facebook, Instagram, and Twitter. Following the release of Electric Candle Light, they’re set to hit the road again with Dead Freights.

Partisan Way started as a remote indie-pop lockdown project in 2020; on the basis of their debut album, Show Don’t Tell, we hope the UK-based outfit set its sights on plenty more than conquering more than just the digital realm.

The sweetest earworm on the album is the first single, Borrow Me. If you poured some sugar on The Vaccines, the sticky-sweet result wouldn’t be all too far away from the uplifting piano-led melodies and the even more vibrant synth lines.

While they call it like it is in the kind of toxic relationship dynamics that you can’t get enough of through the scathingly sharp-witted lyrics, the vibrant progressions successfully capture the haze that affection can leave you in.

I don’t make Mansun comparisons lightly, but Borrow Me hit the evocative spot just as well as I Can Only Disappoint You.

Borrow Me is now available to stream on Spotify.

Finnish rock bands seem to have a certain something – H.I.M., The Rasmus, Lordi, and of course the leaders of the pack Hanoi Rocks – so there’s quite a pedigree for Airi’s to live up to here. And for the avoidance of doubt here, live up to it they do; speedy, poppy, bouncy indie-tinged rock in the style of maybe the Killers, with a lot of Lemonheads ‘It’s a Shame About Ray’, Blind Melon, Elastica, and the Candyskins chucked in. It’s that late ‘90s/early ‘00s vibe mildly jangly rock. It’s catchy, sparky, energetic, and it’s got a great hooky little chorus that absolutely sticks in your head.

Five singles and one EP down, ‘Tranquilizing’ is a perfect introduction to Airi’s catchy little rock attack; with a debut full album planned for early next year, things are looking bright for Finland’s Airi’s right now.

Marquis Drive are a 7-piece UK band from Cannock in the West Midlands region of England. They smash through the speakers with their new terrific track called ”Truth Don’t Shock”. This is exactly what the doctor ordered.

Founded in 1991 under a wandering star somewhere next to a Weatherspoons pub, this quality indie band were born from a mutual love of football, clobber, and of course great music.

You can hear that Marquis Drive are a tight band who are one of the best around. This new music video is highly impressive as well as being such an honest release about the state of affairs in the UK.

”Truth Don’t Shock” is a fine Brit-Pop classic from the Marquis Drive boys as they send us a real message to confirm their place at the very top of the UK music scene. The riffs are fantastic and the vocals powerful- just what we needed in this tumultuous year. There is a 90’s feel to this top track that barrels into our hearts.

Head to Facebook to find out more about the top band. 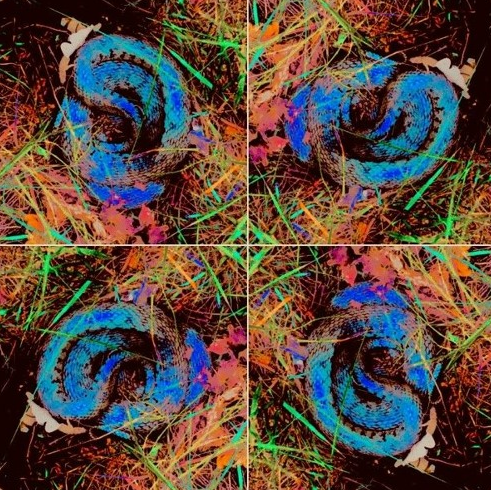 In their usual style, 8udDha bl0od ensured that the track carried an arsenal of curveballs which will throw you from the accordance you have settled into.

As the track kicks off, there’s something incredibly piercing about the artful tone and tempo despite the light textures and transcendent air which breathes around the slightly psychedelic progressions in the ethereally resolving soundscape.

Halfway through the 7-minute track, SUm 0f the !x|xi gl17ch35 & 7h3 x!i 73ll7A!L 51gn5 0f 5p3c7R3 SARk0pH.:.rgU5 takes an unexpected turn and veers in the direction of Lo-Fi Brit Pop which any fans of Blur will appreciate. But the evolutions in 8udDha bl0od’s track doesn’t end there. To fade out, 8udDha bl0od uses a haunting cinematic neo-noir outro which dissipates into the sound of rolling waves.

We needed no more proof that 8udDha bl0od was one of the most talented underground artists around in 2020, but with their latest single, he delivered yet another undeniable affirmation of his pioneeringly astounding talent.

With melodies which will stick to your synapses like superglue and overwhelming anthemic appeal, it’s safe to say that Rotaries’ new Indie Alt Rock single “Smart Ones” is a radio-ready hit.

Fans of Manic Street Preachers, Mansun, Stereophonics and Supergrass will definitely want to give the deftly-crafted single some attention.

The Portsmouth, UK-based rhythmically-gifted 5-piece band achieve their dynamic sound by borrowing influences from a multitude of genres and styles. From 60s Psych Pop to 90s Britpop, you’ll find all that and more in Smart Ones. It’s easily one of the most absorbing Rock hits from an up and coming artist we’ve heard this year.

The guitar riffs are sweet enough to send you to a higher plateau while there’s plenty of sweet accordances to soak up thanks to the vocals too.

You can check out Rotaries’ indulgently sweet single Smart Ones via Spotify now.

You can keep up to date with the latest releases from Rotaries via Facebook.

Up and coming Indie Duo Mute The TV’s debut single “With You” invites you to delve back into the nostalgia of Brit Pop whilst putting a brand-new sticky-sweet psychedelic spin on the iconic 90s sound.

With the increments of symphonic melodicism, the Irish duo’s dynamic approach to production and their tongue-in-cheek romantically enamouring lyrics, it’s impossible not to warm to this accordant tonally cathartic track. Any fans of Blur will definitely want Mute The TV on their radar.

We’re already stoked to hear what comes next. It’s not all too often that we get to hear debut tracks which are expressive as they are infectious.

You can check out Mute The TV’s debut single With You which was released on April 17th for yourselves by heading over to Spotify now. 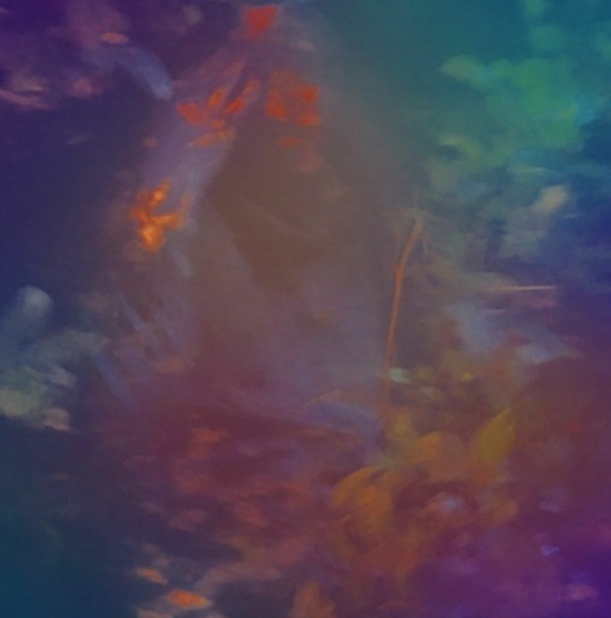 Lockdown may be playing havoc with my emotions, but even if we weren’t living in times where clinging onto sanity is practically impossible,  I have no doubt that I wouldn’t have been able to get to the outro of 8udDha bl0od’s single “Paranoia” with dry eyes.

Striking ethereal classic strings join the Indie Rock instrumental arrangement to carve captivating bitter-sweet melodies while 8udDha bl0od’s vocals provide a profound sense of comfort and catharsis I usually look to James Dean Bradfield for. But it’s safe to say, that the Manic Street preachers have never been as bold with their sound as 8udDha bl0od was in Paranoia. You’d be hard-pressed to find a more resonant contemporary track than this.

You’ll have to wait for a little while before you can be emotively stung by 8udDha bl0od’s single Paranoia. In the meantime, you can delve into their diverse discography via SoundCloud.

From his earlier releases, we’ve already affirmed that 8udDha bl0od’s aural ingenuity is boundless. Yet, their accordantly passion-soaked soundscape The Man on the Corner hit the sweet spot in a way we’ve never previously heard from the Brighton-based artist.

If you could imagine what it would sound like if Johnny Marr, the Levellers, and Mansun all collaborated on an Indie Blues Folk record, you’ll get an idea of what is in store when you hit play on The Man on the Corner.

From sleek soaring arrestive guitar solos to punchy exuberant rhythms, the instrumentals move through a myriad of evolutions while 8udDha bl0od’s high-energy vocals act as the icing on the feel-good cake.

The Man on the Corner is just one of the singles from 8udDha bl0od’s album Barren Skies. You’ll be able to check out 8udDha bl0od’s music for yourselves via Spotify.