Game composer by day and sound designer by night, the Oxfordshire-based artist Mosa evidently has a talent for creating immersive worlds. If anyone can exhibit the intrinsic beauty in melancholy, it is Mosa; his latest single, helicopter, is the ultimate testament to his ability to build poetry and a bitter-sweet neo-classic electronica score from scorned emotion.

Juxtaposingly creating an even balance between etherealism and visceralism, helicopter is an achingly artful aural memoir of ennui. The postmodernist reflective piece enmeshes you within the lyrical and vocal vulnerability, while the intricately weaved cinematic layers conceptually depict curtains closing. It is the ultimate consolation for outliers through the sonic resonance and affirmation that whatever you’re sinking into has sunk many of the beautiful minds that came before you.

Helicopter will land on February 3rd. Get onboard via SoundCloud.

Paper White and the Lake goes for baroque in their single, My Love, ft. Teresa Ann & Nicole Limle

For their standout single, My Love, the up-and-coming Avant-Garde originator Paper White and the Lake collaborated with Teresa Ann & Nicole Limle to create a striking piano-led score that will easily arrest any Evelyn-Evelyn and the Legendary Pink Dots fans.

The theatrically baroque piano keys and Brian Viglione-style percussion fuse in absolute synergy with the beguile of the art-house chanteuse vocals, which implant aching amorous soul into the soundscape that resonates with a touch of coldness and isolation.

My Love efficaciously proves that nothing can rival the presence of love, and nothing can be as inhospitable as a world without it. To say that you will feel all of the emotion as My Love unfurls around the reprise of “you don’t want my love” is far from a mascara-ruining understatement.

True Being took us back in time with their latest single, Back on Track, which reminisces on the less polarised and partisan days when we could see the world in full colour instead of through the divisive prism of black and white.

What it will take for people to get back there isn’t quite clear, but Back on Track is certainly a step in the right direction. The quirky alternative single which plays with mystical eastern rhythms and playfully polyphonic electro-pop layers is an efficacious reminder that things haven’t always been this way, and there is no good reason why they are engrained in our modern cultures the world over.

The London-based artist makes a habit of holding a mirror to the absurdist facets of our world through his assertion that artists have a role to play in the shaping of our future to take the power away from Musk and his kin, politicians and celebrities. He’s been likened to LCD Sound System, Nick Cave, Talking Heads and John Grant, but all reminiscences in his flamboyantly eccentric sound are incredibly fleeting.

Area 51 has nothing on Koosha Azim’s psychedelically sensory experience, ALIEN

Haunting and transcending are two rarely joined adjectives; the Iranian American contemporary artist, Koosha Azim, pushed them into a tight-knit while exploring alt-hip hop and psychedelia in his sensory soundscape, ALIEN.

The bleeding vocals, cinematically ethereal layers, and playfully unpretentious creativity are a stellular pleasure which scarcely resembles any Avant-Garde score that experimentalists have left behind before.

If he keeps pushing in this gratifyingly trippy and obscure direction, the San Francisco Bay Area artist will have the airwaves at his feet in no time. Naturally, we can’t wait to hear the transcendence that follows.

Canadian originator, Ethan Mark opened his jazzy neo-soul in his album ‘The Concept of You’

After teasing us title single from his 2022 album, The Concept of You, we eagerly awaited the full length of Ethan Mark’s sophisticated psychedelic-soul experimentalism.

With the opening single, The Unravelling of Every Day, equally as sublime as the openers on your favourite 90s Shoegaze albums (surely, everyone has some of those!), it is instantly affirmed what kind of production the Canadian artist constructed. One that is defined by its quiescence and the ability to hold your attention through the jazzy indie-soul juxtapositions.

Track 3, Gunslinger, is a trippy ethereal masterpiece, colourful enough to rival the fantasy-like escapism in tracks from Cosmo Sheldrake. Reminiscences fall by the wayside in the boundlessly experimental world music title single which breaks the monocultural mould with the percussion and throws in some flamenco guitars around the RnB grooves.

Not that The Concept of You has any skippable tracks, but special attention should be paid to Weight of it All. The lofty intricate work is a sublime pool of lyrical vulnerability, Avant-Garde ambience, and quintessential folk escapism. It is gravitas sonically personified.

Here is what Ethan Mark had to say on his album

The result was a series of love songs encompassing many facets of love. The title single refers to her, the sepia-toned memories of summers, the roots we have put down together, and the love for home.

Concept of You is now available to stream on Spotify.

Baroque folk meets prog rock in the latest single, No Legacy, from the NYC-residing Avant-Garde outfit, Cinemartyr who have lasciviously been stealing the crown of the boldest aural architects since their original formation in 2008.

The doomy, heavy guitars follow the ultimate head-banging formula as the riffs keep on getting brought back slower for the aphrodisiacal angsty effect. While Irish folk nuances, from founding member, Shane Harrington’s geographical ghetto past, sporadically eke in through the pull of classical strings and the tonal shifts in Amber Moon’s vocal eccentricity. The era-hopping vocal lines are enough to put Kate Bush and Dua Lipa in the same league.

Keep them on your radar for the release of their forthcoming album, OPT OUT, which will be available to to stream and purchase from June 17th.

The official music video premiered on March 3rd; you can stream it for yourselves via YouTube.

Cucurbitophobia carefully slices our imagination awake on the horror-like, ‘The Harbinger’

Posted on 22 May 2022
The Harbinger by Cucurbitophobia

With a spooky experience that will shock you and possibly shake your whole core into a place you least expected, Cucurbitophobia returns with the moody piano-packed and cinematically infused new instrumental single, ‘The Harbinger‘.

”It portrays a return of an ominous figure who has disappeared after a long absence. The Harbinger bears knowledge, wonder, and dread, as it can shapeshift into the absolutely desirable or the utmost undesirable in the eye of the beholder. Able to predict and summon future events, The Harbinger has left everyone frozen in fear, knowing the inevitable yet not knowing when it will happen.” ~ Cucurbitophobia

With an expert performance that will cause hearts to flutter unexpectedly and mouths to tighten, Cucurbitophobia rampages through our lounge with a skilled display that will please all those who love a bit of mystery and risk-taking in their lives.

‘The Harbinger‘ from the Avant-Garde/Horror/Dark Neoclassical/Atmospheric Metal/Post-Industrial-fused multi-instrumentalist Cucurbitophobia is such an explosive experience that shall take you into the dark alleys that certainly intrigues your whole soul. Causing hearts to skip and emotions to heighten, this is the kind of song that you will find in a scary movie that has just introduced a masked character who has come back from the dead.

With intricate details that will have you completely enthralled, this is a track that might have you covering those eyes and closing the curtains a bit quicker than usual.

Listen up to this new single on Bandcamp and see more via the IG.

Taken from his recently-released 12-track project called ‘Pretty Things Seldom Do‘, Marcus Koncar wonders if all those tarot cards and bad energy from his childhood will ultimately sink him down forever on, ‘Fate‘.

”I just like to make music about things stuck in my mind.” ~ Marcus Koncar

With a raw tone that shows you the mindset of someone who has dealt with the scary trauma of doom since a very young age due to the wild world of Astrology, Marcus Koncar guides us to a place that shall scare many who have locked the door of what was supposed to happened already.

‘Fate‘ from Salt Lake City, Utah-based Avant-Garde Americana solo singer-songwriter Marcus Koncar, is a sombre story about how you can really sense that the world is against you when you are told from a young age that you aren’t going to have a good life. Featuring deep vocals and a storytelling mentality that leads us into the true feelings he has had to endure, this is a track that will cause many to look back at their own life.

Sometimes, you just need to vent out your frustrations before realizing, that fate is actually in your own hands.

Listen to this tale about swimming against the flow on Bandcamp. 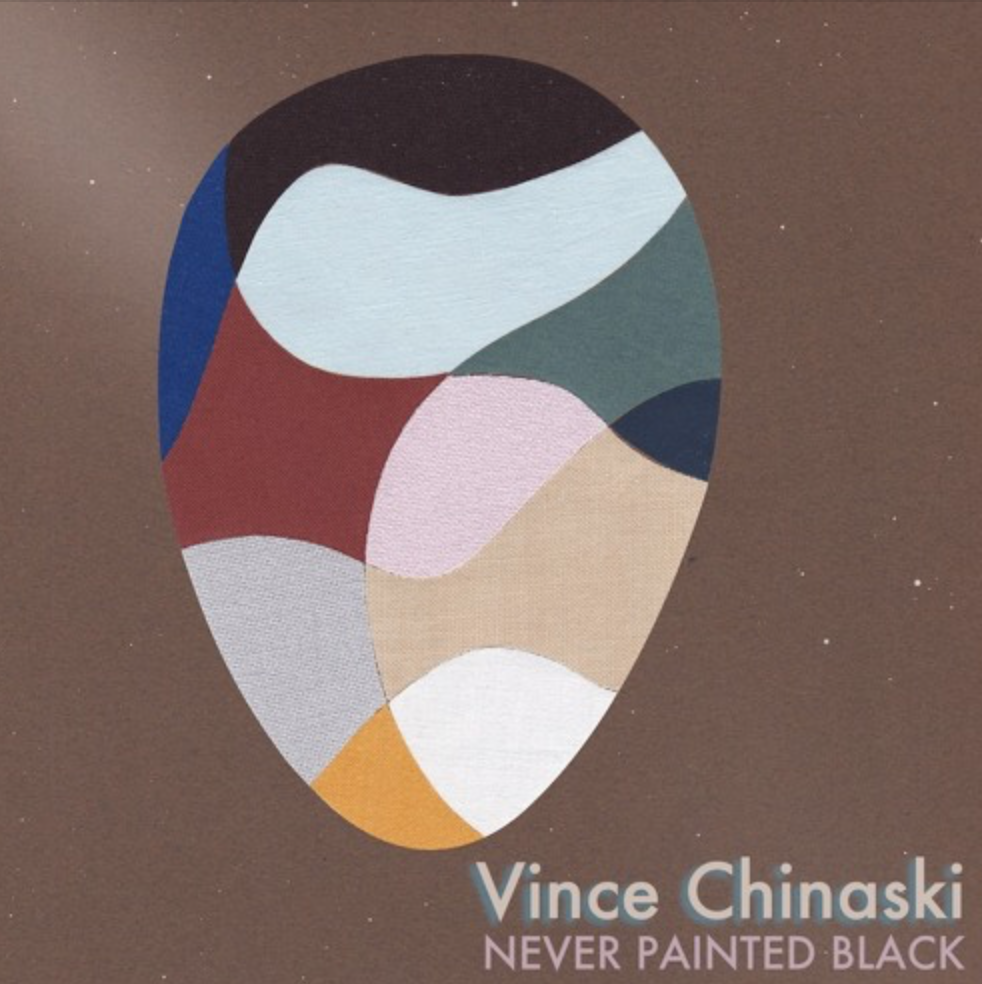