Brisbane’s most amorous indie alt-country outfit, Mermaid Avenue, has testified to the redemptive propensities of love in their latest single, Darkest Hour, taken from their third album, which is due for release in 2023.

The crooned country twang with the heart-wrenchingly executed vibrato in the vocals beside the meandering blues of the guitars and flourishing piano motifs is a potent combination which amplifies the message in the uninhibitedly romantic lyricism to the nth degree.

What Mr Darcy is to literature, Mermaid Avenue is to the airwaves. Any fans of Trudy and the Romance will want to sink into the cinematic sincerity of this serenade time and time again. It’s not country as you’ve known it before; Mermaid Avenue could never be so assimilative in their autonomously scintillating style.

Darkest Hour is now available to stream via SoundCloud.

Blending folk styles from America, Ireland and Europe, the Athens-Greece hailing folk artist Grey River & the Smoky Mountain is set to break hearts as they broke borders with their latest single, Unlovable.

The sheer dedication to candour is striking; the way the lyrics run through in the same way as a depressive episode does is quite another. Admirably, there’s no twist to the melancholy after the hauntingly pitch-perfect admission that they’re not good enough to love. It is left to the banjo and the steel guitar to bring the upbeat energy while the vocalist and mandolinist, Rena Papageorgiou, ironically becomes infinitely loveable.

The official music video for Unlovable is now available to stream via YouTube.

Katie Wellenberg raised the stakes in her alt-country protest to superficial charm, ‘Gambler’

Katie Wellenberg did more than show her hand in her latest alt-country single, Gambler, which will be an instant hit with fans of the April March and Hillbilly Moon Explosion-Esque femme fatale allure.

Lyrically, Wellenberg shows us the epitome of humanity through visually striking poetry. Instrumentally, her roots-deep melodic hooks draw you further into the single, which shows how above the charade of superficial charm she is. Needless to say, we should all be at the same level as the stunningly unf*ckwithable Munich-based singer-songwriter. She well and truly came into her swampy roots rock own with Gambler; we can’t wait to hear what follows.

Gambler is now available to stream on Spotify.

Americana goes pop in Marcus Liuzzi’s latest single, I Met Her in Memphis

Marcus Liuzzi’s latest single, I Met Her in Memphis, has shifted his alt-country sound to a poppier territory; it is a move we more than approve of. With the playful college rock radio vibes in the vein of R.E.M., mixed with the Memphis Americana instrumentals, you’ll get just as hooked in the narrative lyrics as you will the poppy country guitars that compliment Marcus Liuzzi’s viscerally upbeat vocal style.

It is impossible to listen to the roots deep record that comes with a twist of modernity without turning a smile. We can’t wait to hear what follows. If there’s anything the world needs more of now, it’s stellar songwriters that know how to bring the escapism.

I Met Her in Memphis is now available to stream on Spotify.

Buddy Greenbloom revives the Western ballad in ‘I Remember Those Times’

(Better Off) I Remember Those Times is the latest single from the nostalgically inclined singer-songwriter Buddy Greenbloom. His vocal timbre resounds with the same magnetic pull as the likes of Dylan and Cohen, but there’s plenty of extra twang from the notorious singing cowboy who made a name for himself in 2003 with his alt country covers of infamous punk rock tracks.

With reminiscing on how it felt to smoke in bars, drink in cars and be carefree in hedonism, it is so easy to find yourself at the centre of this western Americana trip into the past before mediocrity and polarised arguments surrounded us.

With his debut studio LP currently in the works, the Houston-born, LA-based artist is definitively worth a spot on your radar.

I Remember Those Times is now available to stream on Spotify.

Dreamy Modernism entwines with country roots in Kimberly Atwood’s latest single, ABY (Anything But You) 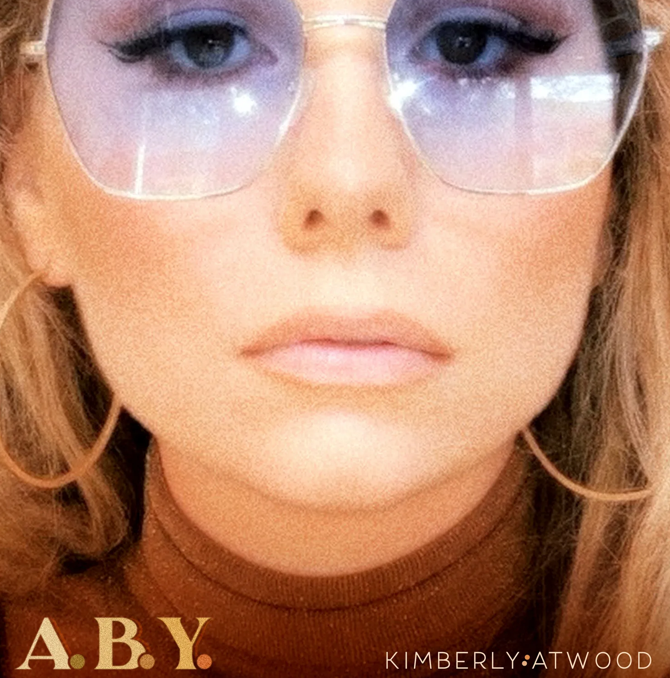 Kimberly Atwood brought a touch of dreamy modernism to her country roots in the effortlessly arrestive single, ABY (Anything But You), which explores our innate human inability to forget the people that became the centre of our gravity before leaving us listless and directionless.

There’s no void quite like it, and that’s exactly what Kimberly Atwood poignantly articulates in ABY through the lyrics, “I’ve never had a problem forgetting anything but you”.  Atwood’s fearlessness when it comes to vulnerability and humility is simply stunning to witness. Notably, Nashville has a new icon in the making in its midst. If you pride yourself on keeping your finger on the alt-country pulse, make room on your radar.

Moni Grace revives an icon in her single, Marilyn Monroe

Boston, MA Singer-songwriter, Moni Grace’s latest single, Marilyn Monroe, is a visceral outpour of cinematically raw emotion. After a sampled interview with Marilyn as an intro, Moni Grace’s evocatively porous acoustic strings start to ring before being followed by her distinctive vocal timbre that contrasts the instrumental accordance. Instead of hiding behind effects and allowing her vocal lines to fall in line with everyone else’s, Moni Grace chose the stridently authentic approach, making her confrontationally raw lyrics bruise that little bit harder. Notably, Marilyn isn’t the only icon in Moni Grace’s latest single. We can’t wait to hear what follows.

Marilyn Monroe will officially release on April 15th. You can check it out for yourselves via SoundCloud and Bandcamp.

After garnering over 100k streams on Spotify with her 2020 single Do You Know What I Mean? Siobhan Cotchin has returned to the airwaves with her ethereally bluesy Americana single, Tucson. It will undoubtedly be a hit with fans of Big Thief, Angel Olsen and Bonny Light Horsemen.

The West Australian alt-country/rock singer-songwriter’s career has already taken off in Australia. Based on the luminous accordance of Tucson, paired with Cotchin’s determination to weave immersive introspective narratives, she has everything it takes to become an international country-rock icon. In a similar style to Kurt Vile, the award-winning artist caresses the roots of Americana while securing its place in the 21st-century. Her minimalist angular melodies fall into the cavernous production just as succinctly as the lyrics that allude to the subjective desolateness of Tucson.

Tuscon is now available to stream and purchase on all major platforms via this link.

The deeply candid and narrative track spins the whiskey-soaked tale of a hook-up that left the hook firmly embedded itself far beyond the hungover sunrise. If there is any definitive proof that the loss of the object of our lust is as crushing as the loss of love, it is this humbly honest track. It wears its heart on the shimmering guitar progressions, Americana-influenced basslines, psychedelically warm keys, and the occasional orchestral sing motif.

There are hints of R.E.M. in the vocals that rest atop the country twang and influence from ELO, Bowie and the Beatles. Only an insanely talented artist could pull that off in such an endearing fashion. It is safe to say that we are pretty hooked.

You can get down with a 2 Night Stand for yourselves by heading over to Spotify.

Ludwik Konopko’s latest single, Chickee Chick, is the ultimate playlist staple for any alt-country fans that aren’t looking to get the blues. The jazzy and progressive single has warm tones by the smorgasbord between the walking basslines, shimmering acoustic guitar chords and arresting infusion of slide guitars.

Even when the vocals kick in, they are sitting low enough in the mix to bring a touch of the human element but not detract away from the organic alchemy that is blossoming from Ludwik Konopko’s Avant-Garde flair.

The Lviv-born guitarist, composer, and arranger has been performing publicly since the age of 19. Just some of the notable ensembles that he’s been involved with include the Lviv National Philharmonic, Tea Fan Club, popular travelling bands and flamenco fusion groups. Notably, he poured every ounce of his creative life experience into the composition of Chikee Chick. It drips with bohemian cool and doesn’t fail to enamour along the way.

Chickee Chick is now available to stream on Spotify.