Aayushi has released her captivatingly cosy ukulele-led lullaby, I Ran Out Into the Snowflakes, Laughing

Daringly opting to use a ukulele as the main melody driver in a single that encompasses the nostalgia sparked by Christmas paid off in spades for the Birmingham-based folk singer-songwriter, Aayushi in her latest single, I Ran Out Into the Snowflakes, Laughing. The artist’s background in poetry and literature also owed itself to the quiescent track, as Aayushi reclaimed the term ‘snowflake’ away from those who wish to abstract from the beauty of compassion and uniqueness.

The stripped-back sonics did little to detract from the disarmingly arrestive power of the cosy lo-fi lullaby, which rekindles the warmth of childhood Christmases in the snow while reminding us that, as autonomous adults, we get to choose how we reignite that magic.

Released on December 23rd, the quaint serenade quickly amassed ample attention, including placement on several staunchly followed Spotify playlists. It is a single her fans will undoubtedly turn to year after year to stave off the threat of festive melancholy.

I Ran Out Into the Snowflakes, Laughing is now available to stream on SoundCloud.

Taken from the EP, How Far We Fell, the standout single, Before We Go, from the Edinburgh-based indie-folk outfit, Peaks & Valleys, is a lesson in romantically wistful meditation.

You will be inclined to lean into the cinematic work so deeply that you will be able to hear a pin drop between the mellifluous yet minimalist progressions which make the dual vocals the arresting centrepiece of this stunning serenade that wistfully anticipates departure.

The intimately entwined vocals carried as much harmonious chemistry as what you hear in Glen Hansard and Marketa Irglova’s collaborations, while the strikingly sonorous strings over the rugged timbre of the acoustic heighten the evocative potential in Before We Go to the nth degree. Colour us spellbound.

Before We Go will be available to stream from December 13th via SoundCloud.

Peppler lulled us into optimistic gratitude with his dream folk serenade, Blessed

Entwining the warm vintage tones of 60s and 70s folk with a modern signature dream pop sound that only Peppler can call his own, Blessed is effortlessly efficacious in beckoning you into the beguiling grace of the release. Which needed no more than accordant acoustic guitars, a harmonica and Peppler’s consolingly dulcet tones to lull you into gratified catharsis.

Lyrically, Blessed optimistically reinforces the message that we are blessed within ourselves and that trust that it will all work out is never misplaced. It’s a simple message, but one worth reiterating, given our tendency to curse every downfall and diminish everything positive. Notably, artistically thriving within pure, simplistic minimalism is Peppler’s gift, one that he’s worked tirelessly to perfect after eight years of performing live and crafting albums with various projects.

Watch Blessed live from the G7 Recording Studio on YouTube.

Charlie Diamond is the last of the die-hard romantic dreamers in his latest serenade, The Star Studded Girl and the Sunset Kid

Armed with his harmonica, acoustic guitar and poetically romantic sensibility, the Connecticut folk singer-songwriter, Charlie Diamond, orchestrated the ultimate outpour of affection in his latest single, The Star Studded Girl and the Sunset Kid.

Released on September 5th, The Star Studded Girl and the Sunset Kid carries Bob Dylan-style overtones, with outlier dreamer candour as the affirmation of his artistic autonomy. With the almost spoken word versing of the lyrics, which takes you to breathtaking landscapes and even more arresting attests of passion, it’s the ultimate aural escapism for die-hard romantics.

The Star Studded Girl and the Sunset Kid is now available to stream and purchase on Bandcamp.

Orlando indie-folk singer-songwriter Faae spoke for us all in her Anthropocene-conscious single, summer song

Ahead of the release of their debut EP themed around derealization and identity in this smouldering Anthropocene, the Orlando indie-folk artist, Faae, has shared her gracefully haunting single, summer song.

In their own words, summer song is “shining a light at the end of the world”, and heartbreakingly, the lyricism gets even more profound as it explores the mental ties that get taut and tormenting when we try to make positive moves. “it is hard to be better when there is no one to account for you” is a lyric not easily forgotten.

In the style of Phoebe Bridgers, Mitski and Daughter, the instrumentals confound the expressive and vulnerable nature of single with the raw, ragged and still sublime acoustic textures that anyone with a pulse will want to surrender to. I haven’t felt this excited about Indie folk since I discovered Big Thief. And I’m pretty sure I won’t be the only one utterly captivated by Faae.

summer song will officially release on July 2nd as part of the artist’s debut EP, rudolph. Check it out on SoundCloud and follow Faae on Instagram.

After a Cohen-Esque acoustic guitar intro, Henry Liggins’ vocals mellifluously float in with the same captivating ease over his tenderly orchestrated piano and guitar progressions as Glenn Hansard in his latest single, Makeup.

The hopeless romanticism in Makeup is nothing short of breath-taking poetry as Liggins muses on his muse, capturing the fragile beauty within the vulnerability of relationships in our chaotic existence. The amount of sincerity is almost a shock to the system. There’s no doubt that this dreamy serenade came straight from Liggins’ sugared Shakespearean soul.

While staying true to his timelessly intimate style, the Birmingham-based singer-songwriter notably has a tirade of commercial appeal behind his ornately captivating sound.

Makeup will officially release on June 10th. Hear it here.

The rich and sonorous serenade carries enough euphonic beguile to almost resonate as haunting, but it’s never all too long before the next progressive shift dips you into a new emotional connection with the acoustic single. The intuitively picked guitar notes and emotionally eloquent Latin folk vocals resound powerfully enough to rival a 100-piece orchestra.

Ranchera Falalz is now available to stream on SoundCloud.

The melodically unorthodox outfit, Birds Over Arkansas, ended their five-year radio silence with the release of their highly anticipated emotionally charged slice of Americana, Sunflower, which reinforces the ‘good things come to those who wait’ idiom with Adamantium strength.

With the sweet choral vocals harmonising against the practically effervescent acoustic melodies as they weave through intricate rhythms, Sunflower is practically a gateway to another dimension. You’d be hard-pressed to find more escapism in a soundscape from any other up and coming outfit. It carries the sweetly sonorous appeal of Elliott Smith paired with a matchless cinematic roots-deep folk twang. We can only hope that Birds Over Arkansas has more aural salvation in the pipeline.

Sunflower is now available to stream on Spotify.

Foundry Town Survivors bring in the future of indie-folk with their seminal single, Foundry Town. 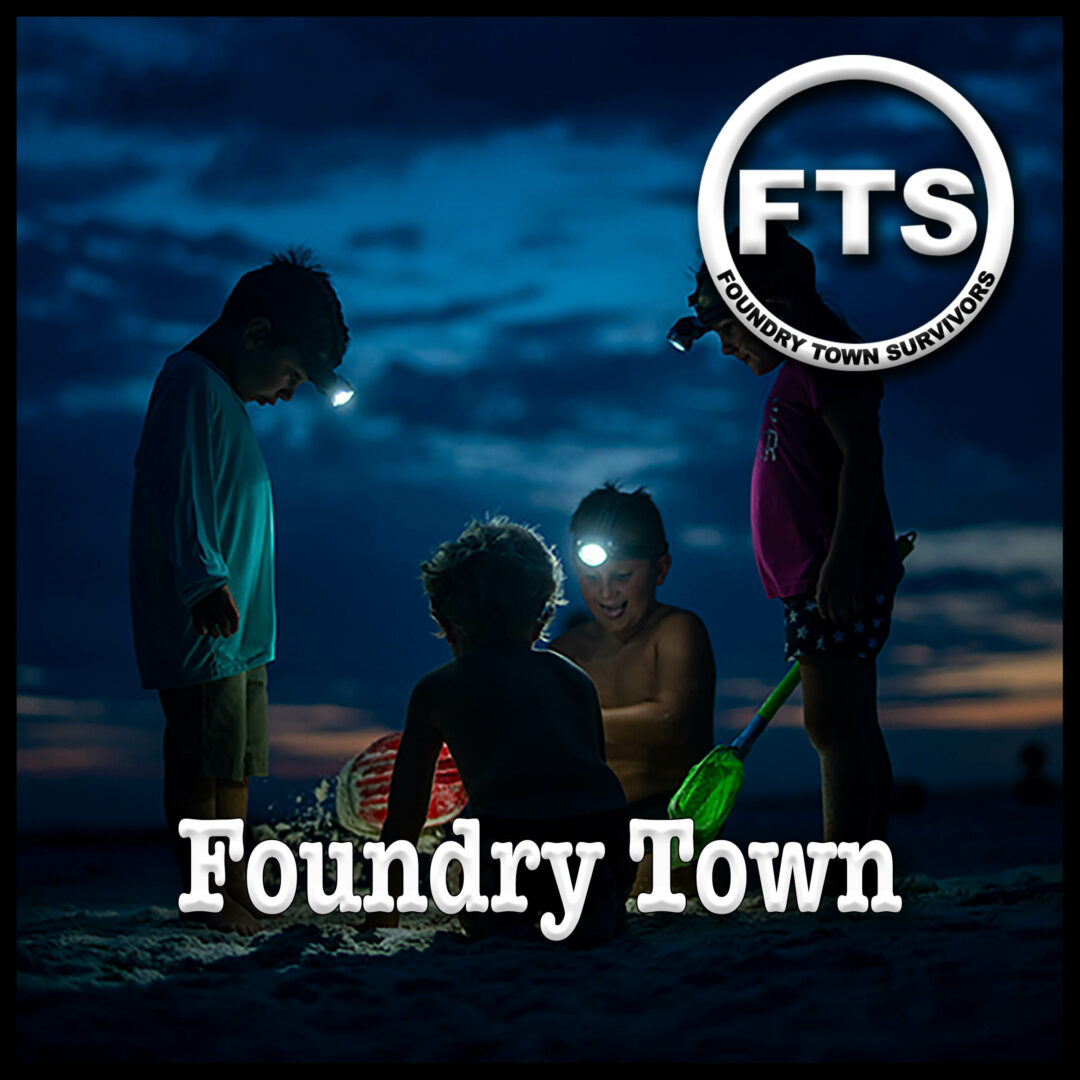 Foundry Town Survivors are bringing in the future of indie-folk by going back to the storytelling roots of the genre and incorporating the production nuances from succeeding eras.Their seminal single, Foundry Town, taken from their new 2021 EP, is a world-weary vignette of the small hometowns that may as well be composed of quicksand for the way they bring you down. And yes, I’m aware that sounds a little cliché, but it’s a sentiment plenty can relate to; even if you grew up in a major metropolitan area, you’ll know how it feels by the time the outro in Foundry Town rolls around.

The yearning for something more, something greater rings through in the gruff Cohen-Esque vocals as the versatile strings pull you through bitter-sweet crescendos and swells of optimism that shimmer in the easy acoustic progressions.

Their new EP is due for release on November 5th. It will be available to stream and download on all major platforms. Check out Foundy Town Survivors on their official website.

There are far too many things in this world that will tear away at the more affable side of mankind, but The Far North made compassion worth having with the release of their 2020 acoustic folk album, Songs for Gentle Souls.

The standout single, Branches, is a blues-folk serenade that all too efficaciously pulls you into the shimmering accordance of the minimalist soundscape that the 70s style folk-rock vocals soulfully resound within.

While you’d be forgiven for thinking that this sound manifested in Mississippi, The Far North is the solo project of singer-songwriter and guitarist Lee Wylding, hailing from Chester, England. His ethos as an artist is rooted in the roots of folk; his commitment to ensuring every lyric resonates shines through in Branches. We can’t wait to hear more from The Far North.

The Far North’s debut album is available to stream in full on Spotify.