Even though there are plenty of hip hop purists that want to separate trap from rap, they will always be connected as trap is a sub-genre of rap. Trap music started to gain traction in the early 90s in Southern America; the signifiers of the trap style became an aggressive sound, and equally as aggressive lyrics which primarily focused on drug dealing and drug use.

A decade after the inception of trap, artists such as Gucci Mane, 2 Chainz, Triple 6 Mafia and Young Jeezy started pushing the genre even further and allowing it to branch out into the diverse scene that it is today. Producers also had a pivotal role in the evolution of trap; the likes of Drumma Boy, Shawty Redd and Mike WiLL contributed to the contemporary trap sound that incorporates a dark atmosphere, street culture and a hard-hitting high-octane sound. At the turn of the century, trap not only dominated the airwaves, but it also became commonplace in strip clubs in the south too.

The first wave of trap broke into the mainstream in 2003 with the release of T.I.’s second studio album; it sold over 2 million copies and T.I. received a sync deal with EA sports. After his success, T.I. explained the motivation behind his career; to help people understand the actions of people that come from a less privileged side of life. A similar ethos is carried by the new generation of trap artists who are often misbranded as brash or crass when really, their music is reflective of their lives. In 2005, Young Jeezy entered the US Billboard Charts at number 2 after selling 172,000 copies of his album, Let’s Get It: Thug Motivation 101, in the week after its release. It later became a platinum record.

Fast forward to 2012; the trap scene started to merge with the EDM scene as producers and DJs started to weave trap styles into their dance mixes. Many are under the false impression that this was the beginning for trap, and it came along as some new millennial trend, but this is far from the case. In 2021, there are multiple trap sub-genres, even ones as far-reaching as trap metal. The most promising trappers to watch include the likes of Rico Nasty, Nayana Iz, Lil Uzi Vert and Waka Flaka Flame.

If it has been a while since you got some truly experimental hip hop in your ears, meet the future of melodic trap in Crimson REd’s debut single Red Alert.

With chiptune synthetics blaring under solid, rhythmic hits of the 808s, you can get an idea of what it would sound like if J. Cole put their bars over DJ Scotch Egg’s scorching 8-bit beats. Reminiscences aside, the Reading PA-born and raised artist came into his own right from the outset.

Everyone has their idea of charisma, but Crimson REd will be in-line with the definition for most hip hop fans that vibe with his kaleidoscopically psychedelic sonic signature. We sincerely hope that there is already a sophomore single locked, loaded and ready to drop.

Red Alert is now available to stream on Spotify.

MARC.MADE is good for it in his subversively seductive rap track, CA$hAPP

After his discography racked up over 700k streams, the Detroit-born, Atlanta-raised indie rapper, MARC.MADE is here with his subversively seductive summer track CA$hAPP.

By running his funk-grooved prelude through plenty of warm tape delay, you instantly feel the heat in the expressively dynamic track that allows digital transactions to resonate as affectionate proclamations. If that isn’t a striking mark of ingenuity, I don’t know what is.

The surprises when it comes to MARC.MADE don’t end there either. The full-time scientist, entrepreneur and crypto investor has also co-starred on VH1’s Dating Naked S1-E5 & S1-Wedding Special & CBS’ Face the Truth S1-E12.

Although, the visceral chemistry that breeds between his charisma-dripped bars and the female vocals in CA$hAPP starts to make infinitely more sense with his profession in context.

CA$hAPP is now available to stream on Spotify.

Hiding his insecurities under the blanket of past passion that is unquestionably missed with his ex-lover, Sham Parker wishes she would stop those late night calls as he wants more than that on ‘Euphoria‘.

Sham Parker is a mysteriously anonymous London, UK-based indie RnB/alt-Trap artist and music producer who makes that passionate blend of music that will grab your attention like a lightning storm.

With rasping vocals that will distract you for the better, Sham Parker reminisces about that once-strong romance that is effecting his mindset as he misses it so much, while knowing that it has surely ended permanently.

‘Euphoria‘ from the shadowy figure of London, UK-based indie RnB/alt-Trap musician and producer Sham Parker is a true story for all those who have felt their fragile heart smash into pieces. Displaying a true insight to a situation that spun out of control and can’t seem to be mended – no matter how much he wants it to – this is a core-shaking message. With truth everywhere, honest raps and a silky smooth beat to turn up loud, this is a song that many of us will certainly relate to.

Love can be so cruel sometimes. 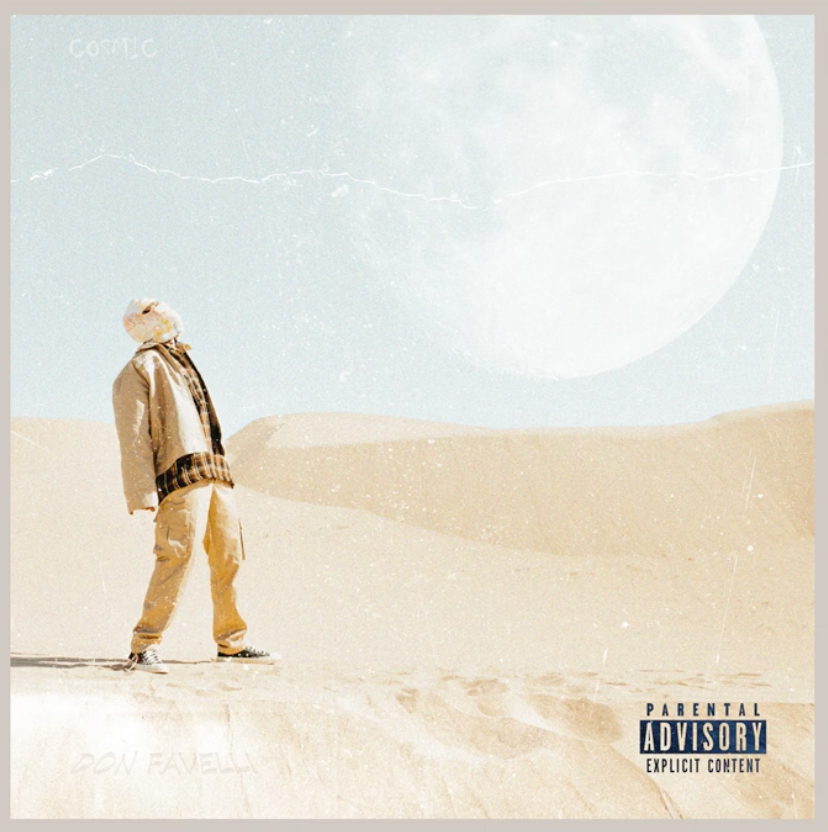 Taken from his dynamic hip hop album, COSMIC, which enmeshes old school with the new wave, Don Favelli’s standout hit, Mobstas Interlude, lets the vibe lead the track as much as the 808s that rattle in the minimalist production under Favelli’s dominant rap bars.

With cinematic melodies running against the bars that make it impossible to guess who inspired Favelli to step to the mic in the first place, getting immersed in the atmosphere of Mobstas Interlude is non-optional.

Since making his debut, the San Diego-hailing up-and-coming artist has allowed his lyrical storytelling and cutting introspective to define him. Sonically, he’s all over the urban spectrum. Paying little attention to squeezing his expression into pigeon holes, ultimately aiding an expansive feel to every track.

DopeLame is matchless in his melodic trap track, No Competition

Making LA even hotter, one of the most luminary up-and-coming rappers on Cali turf, DopeLame, dropped his latest single, No Competition, on June 17th.

After starting his rap career in 2019, he’s been steadily gaining traction with his distinctive rap flow and his no holds barred lyricism that helps you feel the weight of the conviction in his contemporary melodic trap productions.

With his eyes on the prize of emboldening his listeners with his domineering dissections of ego, existence and social construction, there is always a reason to jump on his new material.

No Competition is now available to stream on all major platforms via this link.

Like a laureate of the modern age, the trap pop artist Izaiah Bangz is always true to his moniker and bang-on his cutting narratives of 2022 romance. While I never quite anticipated a love song that mentions Chik-Fill-A, Bangz runs the reference right through his vibey latest release, Messenger, that borders on ethereal with its dreamy RnB layers.

After making his debut in 2019, Izaiah Bangz hasn’t failed to amass a following around his soul-steeped hard hitters that make it infinitely easier for his fans to navigate the digitally dystopic age of romance. After the release of Messenger, he is well on his way to racking up over 15k streams just a few days after the release. After the drop of his forthcoming self-titled debut album, it is safe to say Izaiah Bangz is going to be an unstoppable force in the new wave of hip hop.

Messenger is now available to stream on Spotify.

After finding his Beyonce on ‘Fasho‘ from July 2021, Poppa King Oats feels like he’s in the zone right now with his latest track to shake your ears alive as he locates that comfy ‘Throne‘.

Carlos Carela aka Poppa King Oats is a Massachusetts-based indie Trap artist who makes a catchy blend of street-filled music to nod your head with.

With a fun personality and showing us his skill set behind the mic, Poppa King Oats displays his high-flying rap attack and leaves no doubt that he’s in that immortal mindset that can take you to places that were presumed inconceivable before.

‘Throne‘ from Massachusetts-based indie Trap artist Poppa King Oats is a track that shows us a highly confident rapper who senses that he is ready for the next step. With a punchy beat and lots of catchy lyrics to swim deeply into – plus an assortment of strip club references to throw your money at – this is a song to turn up loud when you have had a few cold ones with your mates and feel like a late night.

Rapped with a clean tone and packed with conviction, Poppa King Oats shows us that he is certainly ready for the big leagues.

Listen up to this new audio on YouTube and check out the IG page for more.

NYC’s young prodigy, Johnny E Sullivan, has been gradually garnering acclaim since the release of his debut 2022 single, Bedroom, which has now amassed over 40k streams on Spotify alone. The new generation of music fans couldn’t ask for a better voice to tune into and find relatable raw poetry.

The mellow indie trap beats flow seamlessly against the colourful melodies and the vocals that effortlessly switch between volatility and vulnerability as Bedroom draws you deeper into the melancholy that is all too resonant in our collective state of ennui. After such a successful debut, Johnny E Sullivan is undoubtedly one to watch.

Bedroom is now available to stream on Spotify. 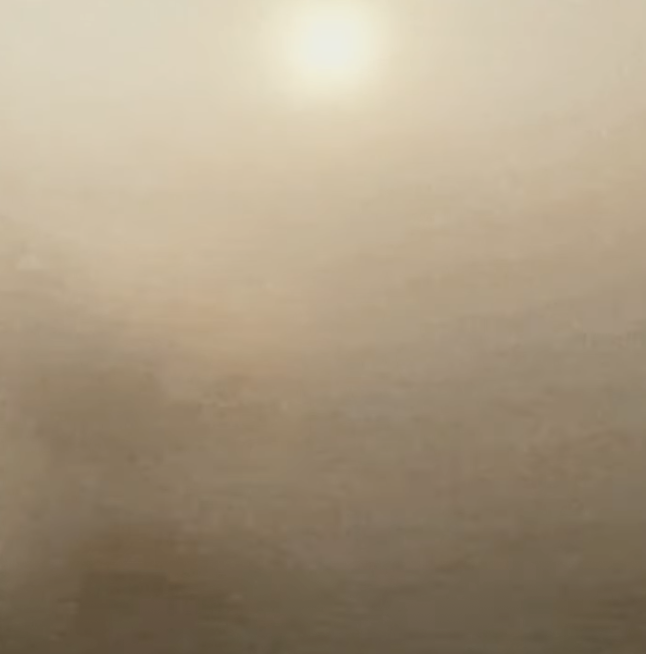 Chill trap originator, Young Monte, has added yet another downtempo vibe-out staple to his collection. The chill trap remix of his single Sky plays with ethereal layers of reverb, neo-classic piano keys, a meditative 808 rattle and Young Monte’s hypnotically stretched out low timbered vocals that bring a resounding depth to the otherwise transcendent release.

Based on the catharsis that can easily be abstracted from the artfully laidback soundscape, we can only hope he has a chill trap mixtape in the works. My soul feels infinitely lighter for immersing it in sky. He’s definitely one for the radar.

You can check out the chill trap remix of Sky for yourselves by heading over to YouTube.

‘highrise’ is the latest candidly sweet indie trap drop from the up-and-coming San Francisco based artist, uhforrest, who is setting himself apart from the rest by establishing himself as the Elliott Smith of the new wave trap scene.

Lyrically, highrise packs a pretty bruising punch as uhforrest runs through the cleverly morose wit; instrumentally, the intimate guitars bring the catharsis as they shimmer over the glitchy trip-hop meets trap beats.

To bring yet another addictive element into the prodigal mix, uhforrest is by far one of the most vocally original trap artists to appear on our radar in recent years. When you pair that with the indie tape-saturated warmth of the genre-defying guitars, highrise is as unforgettable as it is original. We can’t wait to hear what follows.

You can check it out for yourselves by heading over to Soundcloud.