King Brian, AKA Brian Christopher Brown, is an American singer-songwriter, dancer, filmmaker and producer; he poured all of his cinematic poise into his latest single, Reparations. Starting with the hard-hitting lyrics ‘we’ve been cursed for so long, but we are still strong’, emotional investment in the single is non-optional.

His latest single does plenty more than just run you through 400 years of sufferance and oppression; it acts as a celebration of every triumph over adversity. King Brian takes plenty of influence from artists such as Michael Jackson, Tupac and Prince; there may not be much sonic resemblance in the soundscape. Yet, Reparations undoubtedly carries the same sense of soul that will test your own soul’s capacity to feel.

The Radio Edit of Reparations is now available to stream and purchase via Bandcamp.

Transcend with the jazzy grooves in Mid Ground’s latest single, Peace in the Sky 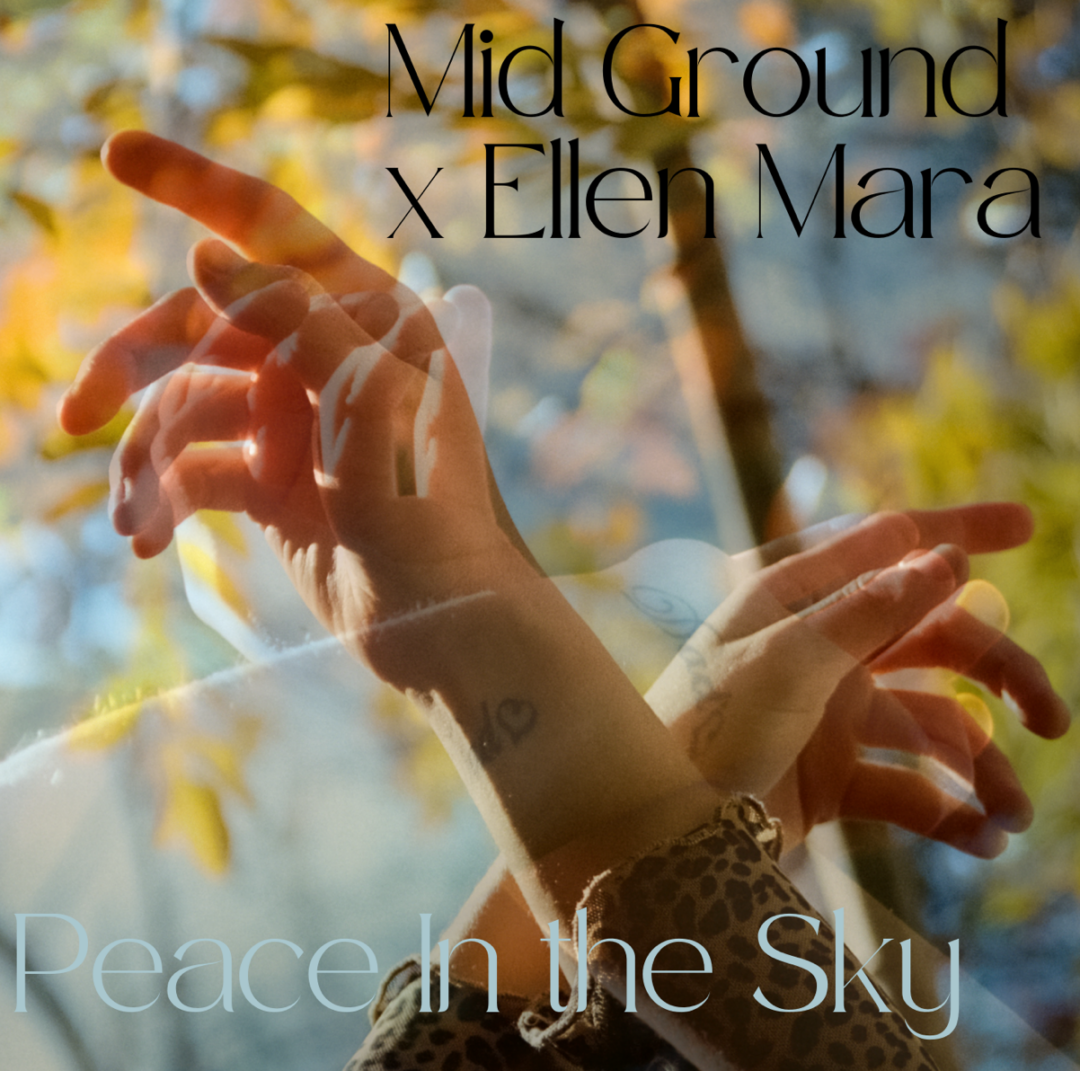 ‘Peace in the Sky’, featuring vocalist, Ellen Mara, is easily the most hypnotic RnB trip pop single so far from the jazzy instrumental duo Mid Ground. The easy movements of the notes remind you of how sweet freedom can feel as the lyrics do the same.

The single switches the RnB narratives that consistently chase and mourn lust; it delivers a reminder that the only person worth finding is yourself. By playing with rich, ethereal and electrifying textures, the lush reverb-swathed grooves in Peace in the Sky leave you absorbed from start to finish. My soul feels infinitely lighter for hearing this tranquil yet fierce affirmation that independence is infinitely more rewarding than co-dependence.

Peace in the Sky was officially released on September 17th; you can check it out for yourselves via Bandcamp & SoundCloud.

Ethereal pop, new wave rap and soulful RnB collide in the sophomore single, It’s You., from the enigmatically sensational artist, Malice. Sonically, she conjures dreamy and wavy ambient textures in the soundscape that feeds in plenty of tape echo effects. Vocally, she is unpredictable from one verse to the next. From phantasmal harmonies to fierce rap increments, you can expect to hear the full extent of her smooth vocal dynamic in her reprising single.

Based on It’s You, Malice deserves to be just as acclaimed as her trip-hop/dream pop predecessors, and yes, that includes Portishead.

It’s You. is now available to stream on Spotify

Free Of Fear: Onyeka calms our anxious souls with the stupendously bright ‘Mornings’

Produced by the fabulous Woman’s Touch, Onyeka wants to stay young and free from the undesirable traps that can hold onto your heart forever with her superb debut called ‘Mornings‘.

Onyeka is a twenty three-years-young Coventry, UK-based indie alt-soul artist and aspiring screenwriter. She has a mature outlook for someone so young and sings with an impressive class throughout.

With a soothingly elegant voice which sensually compels you to turn up the volume and let her lather your soul with that rare goodness – you feel like you are witnessing something quite special – as Onyeka sings with such stunning beauty and enticing calmness.

‘Mornings‘ from the Coventry, UK-based indie alt-soul solo artist Onyeka, is a stop-counting-the-days gem which has you feeling rather nostalgic and keen to explore the world again. Wasting those long days stressing is definitely not the way to go and this is that heartfelt reminder to fly free when you can.

Sung with a true grace and authentic care, this is a loving track with so much to remember and is one of the more remarkable singles from 2021.

Hear this fresh new single on Spotify and see more on her IG music page.

Blowing My Own Trumpet takes us around the world with ‘She’s a Black Snake in My Grass’.

Blowing My Own Trumpet is the latest project by South African Trumpeter Claude Lamon. His culturally cultivated sound is best enjoyed through his latest single, She’s a Black Snake in My Grass, featuring his daughter Josephine Lamon, which comprises elements of folk, rock, and African rhythms.

The vibrantly rich soundscape uses jazzy piano motifs around brass and the male and female layered vocals that pull together to celebrate their love for the land and the heritage that made their ground-breaking roots-based sound possible.

She’s a Black Snake in My Grass is now available to stream via SoundCloud.

Singer-songwriter Kassandra Dasent’s latest single, Be Still, gives you the sense that she lights up any room that she walks in. All of her music is a reflection of her evolutionary journey through life, and Be Still is the perfect introduction to the value of her introspection and the passion in her bluesy gospel vocal delivery.

It is all too easy to say ‘good vibes only’ through music; what is far more difficult – and what Dasent excels in – is guiding those who use the atrocities in the world as a reason for apathy back into motion.

The San Juan, Trinidad-born artist grew up in Montreal with Calypso, Soca & Chutneyin her blood; her rich heritage transfuses into her sound that carries a sonic resemblance to 90s soul-pop while unravelling as a melting pot of culture that you’ll want to delve into the and time again.

The official music video for Be Still is now available to stream via YouTube.

Norway-hailing music collective, Polyphonic Exophilia, describe their sound as sensual progressive alternative soul-funk, and it’s fair to say, if any bassline is going to leave you weak at the knees it is the one in the standout single, ups et pertulerat, from their EP, Vol.2.

Ups et pertulerat is the Latin phrase for ups and downs, and that’s exactly what the soundscape explores; if you constantly find yourself between mania and melancholy, you may just find that your tumultuous mind reflected at you through this exploratively engaging release.

The jazzy, tonally warm instrumental single is all about the bass-carved grooves and the colourful alchemy that breaths between them. It leaves you in anticipation of what the next progression will offer as the shimmering polyphonic keys bring the soul in the absence of vocals.

Check out Polyphonic Exophilia on Bandcamp.

SPOTLIGHT FEATURE: Aisyah – The Way You Make Me Feel

Brunei-based alt-RnB artist, Aisyah, has been on our radar since the release of her seminal 2021 single, Slow Down. With her latest release, The Way You Make Me Feel, her sound resounds with even more cinematic emotion and brevity.

The Way You Make Me Feel was released on September 3rd; it was written to celebrate the desire and intimacy that transpires when we find someone on our wavelength and create deep and meaningful connections. The single itself is just as touching as the sentiment; with the smooth pace, ambient textures and hypnotic vocals, you’re almost lulled into a dreamlike state as the single unravels.

Her sound may carry an old school sense of soul, but Aisyah’s sound is distinctively leagues apart from other artists experimenting in the realms of alternative RnB. In addition to creating her own music, Aisyah came away from Hans Zimmer’s Remote Control Productions studio with a discernible talent in creating an absorbing aural Mise-en-scène. She also became the first Bruneian artist to work in the American film music industry.

After working on Walt Disney’s Christopher Robin, Netflix’s Daybreak, and Marvel’s Cloak & Dagger, Aisyah turned to her solo career. She wrote her debut single for James Abrams’ short film, ‘Walls’. In 2021 she moved back to her hometown to expand her reach in the Southeast Asian music industry and beyond. Judging by the success of her 2021 releases, it is safe to say that she is succeeding.

The Way You Make Me Feel is now available to stream on Spotify.