Grime icon in the making, Jacob Briggs, has released a dizzying drop with ‘Bothered’.

Amalgamating the fiercest elements of trap, grime and drill, the UK icon in the making, Jacob Briggs, created a juggernaut of a hit with his latest single, Bothered, which officially dropped on December 9th.

Proving that grime hasn’t lost its flavour since Wiley gave us a taste in the early 00s, Bothered exhibits Briggs’ dizzying flow, which doesn’t sacrifice the lyrical content which puts to shame the archetypes built in the industry since it dawned.

The electronic music producer and creative artist started his sonic journey inspired by RnB and hip hop acts before creating his own rhythm-riding sonic signature that packs enough fervour to make your head spin. Watch this space before Briggs tears through it with the force of a lyrical tornado.

Feel the heat simmer from Bothered by heading over to YouTube.

Even though Boris Johnson does a pretty good job of humiliating himself (and the rest of us while he’s shambolically at it), it was still beyond cathartic to see Felicia sonically flaying him in her latest seductively rebellious nu metal music video, Revolution Business.

It deserves to go just as viral as the video shot by a bewilderedly unsuspecting passer-by when they stumbled on the scene of Felicia dominating Boris Johnson in the market town of Grantham.

The video, (available to view here) has now garnered over 380,000 streams on Facebook, but what is infinitely less measurable is the true impact of the video, which provided a brief reprieve from the existential weight imposed by the futility of faith in our democracy.

How many iterations of “we need a revolution” have you heard recently? Well, now we have the start of one, and Bradford’s most creative antagonist inarguably became one of the most iconic contemporary mononym-toting artists in the process.

The pop-bitten track that instrumentally highjacks your rhythmic pulses through the juggernaut of a cadence keeps on giving. From her originated demurely rapped mischievousness to the screamo lyrical hook “fuck the music business, this is revolution business”, which made her the ultimate metal domme, it is frenetic socialist perfection. My Ruin will never hit the same again.

Fund the revolution by purchasing the track on Bandcamp or check out the official music video via YouTube. 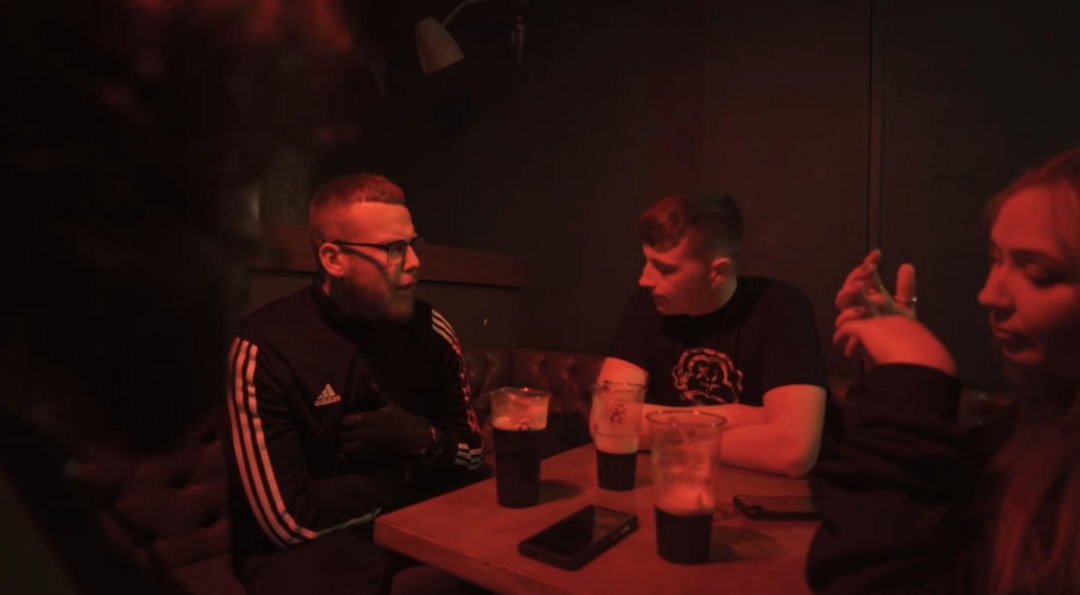 Sheffield’s most infamous producer, DJ, events promoter, and label runner, Dalts, has contributed more than most to the UK music scene in the past five years. Now, he’s here with his latest single, No Time, featuring Jez, SK1NT and Charla Green.

The garagey hip-hop track uses old-school grooves, oscillating bass and skippy beats to keep the flow kicking under the clever vocal layering, which merges the originality of every featuring artist. From deadpan rap bars to distorted and transcending vocal samples, No Time is a hypnotic vibe tapestry which reminds you how great and gritty UK hip hop can be.

After his latest single, War of the Mastermind, MoHush became one of South London’s hottest up and coming hip hop artists. In the same way that Kae Tempest’s and George the Poet’s music is matchless, MoHush delivers the hammering lyrical blows in a completely autonomous fashion.

I usually manage to write my reviews without profanity, but fuck me, MoHush’s emotionally-charged approach to hip hop is enough to broadside you with every bar. From the melodic-minor-key piano intro to the fragility in his harmonised vocals to the smoothness in his spoken-word rap style, War of the Mastermind is a flawless feat of hip hop, which deserves to put MoHush on the map. We can’t wait to hear what follows.

War of the Mastermind is now available to stream on Spotify.

East London rap artist, Muzuri has garnered plenty of hype with his debut release, 0127, which premiered on BBC Radio Essex on October 5th before officially releasing on October 15th.

The French rapper and songwriter takes influence from the likes of Drake, Kendrick Lamar and Static Major, but he left plenty of room for his own catchy sonic style in his debut which announces his arrival to the music scene and creates a vivid vignette of his life as an artist and hedonist.

With the arresting bounce of the snappy beats and the reverb around them, it is impossible not to get hooked into the atmosphere of 0127 which merges French and English hip hop culture. It’s a stellar track that succeeds in establishing Muzuri as one to watch.

0127 is now available to stream on Spotify.

Roysson delivers a Hip Hop and Grime playlist staple with his latest release.

Roysson has been putting Hertfordshire on the hip hop map for the past ten years with his laceratingly sharp wit, massive beats and commanding persona. His standout single, Hip Hop and Grime, pays ode to the iconic UK grime style, but Roysson finds plenty of room to stamp down his signature genre-melding style that has been hyped by BBC Introducing and GRM Daily, amongst many others.

Hip Hop and Grime is an instantly galvanizing mix with the garagey beats, rapid-fire drill vocals and Roysson’s ability to create a gritty vignette of modern culture without ever having to pander to cultural stereotypes. If Stormzy, Dave, Skepta and Wiley are your playlist staples, you will find that Roysson fits in well right alongside them. With plenty more material locked, loaded and ready to drop, now is the perfect time to add him to your radar.

You can check out Roysson’s standout single, which has already racked up over 25k streams, on YouTube.

The official music video for Saiint Pat’s latest hazy melodic trap single, Come Thru, is well on its way to racking up half a million streams on YouTube since its release on March 29th; the vibe-master’s track is the pinnacle of new wave trap. It’s clear that Saint Pat doesn’t just create hip hop, he lives and breathes it.

Saiint Pat’s journey started with a $30 mic and a love for Tupac, Chief Keef and 50 Cent but no matter how many accolades he has collected, you can count on his refusal to move away from the raw and intimate freestyle vibe to his tracks that flow with unbridled versatility and talent.