What Are the Different Types of Rock Music?

After rock music became a global phenomenon in the 50s, it hasn’t stopped evolving. Each era, following the 50s, was defined by a brand-new rock-licked sonic signature. From psych rock to prog rock to funk-rock to alt-rock to indie rock to acid rock, the diversification of rock has been dramatic.

Even more confusingly, experimental rock artists can fall into more than one sub-genre, and sub-genres are interchangeable. Take Nirvana for the perfect example. They came around at the same time artists were breaking away from dependence on the big four record labels, and indie rock thrived, and even though their sound is definitively Grunge, they still get lumped into the alt-rock category from time to time.

How Many Types of Rock Are There?

There will never be any definitive answer to the question, how many types of rock are there? How many bands have come up with a new sub-genre in their basement practice room, and the world never knew? How many bands have created a sub-genre only to brand themselves as alt-rock? With all of that in mind, we’ll cover the main sub-genres with a view into what defines them.

Before there was rock, there was rock n roll which gained cultural traction from the 1920s. The genre sparked a youthful rebellion with the catchy melodies and upbeat tracks that evolved from RnB and Country. Rock was by far the end of rock n roll music. Instead, plenty of the biggest bands ever formed fall into the rock n roll category, including the Beatles and the Rolling Stones.

Alt-rock came around in the 80s as a derivative of classic rock, which often drew from other unrelated genres, such as hip hop. Generally, alt-rock is edgy, both in terms of the lyrics and experimental instrumentation – think along the lines of Sonic Youth and Nirvana. Alt-rock tended to be louder and edgier in the US, while in the UK, it was the Britpop bands, such as the Manic Street Preachers, Oasis, Blur and Suede, who defined the alt-rock movement.

Blues-rock is pretty much everything that it says on the tin, a combination of blues & rock. Some of the sonic signatures associated with blues-rock include guitar solos using the blues scales, heavy guitars, loud beats and aggressive texture and nature. Some of the biggest names in blues-rock include The Allman Brothers Band, ZZ Top, The Yardbirds, and John Mayall. All of which introduced their sound to the airwaves during the 60s.

Progressive rock came around when rock artists started to dial the experimentalism up to 11 and weren’t shy about letting their virtuosic skills shine in their tracks. Prog rock bands are infamous for their complex time signatures and insanely long songs. Some of the most revered prog-rock bands include Dream Theatre, Rush and Pink Floyd.

Indie-rock can have two separate meanings; artists that work independently from labels and artists that exude the cool-indie-rock vibes with the angular jangly melodies and massive productions. Some of the most successful indie rock outfits include The Killers, Kings of Leon, Arctic Monkeys and the Yeah Yeah Yeahs.

Not all rock is punk, and not all punk is rock, but some bands fall into the punk rock subgenre with their heavy power chords, brashly distorted guitars, and dizzyingly fast tempos. Lyrics are also a major defining factor of what is punk and what is punk rock. The Ramones, Black Flag and the Clash all fit the bill perfectly.

Psych Rock is less about psychedelics – although those hazy vibes came through in the lyrics – and more about the trippy effects. Reverb, phasing, distortion, and feedback are all common proponents in psych-rock after the pioneers, The Flaming Lips and the 13th Floor Elevator led the way.

After the garage punk/proto-punk movement during the 60s, acid rock sprung up with its jam-like grooves, heavier than psych sound distortion and blues progressions. Some of the most revered artists from the original movement include Iron Butterfly, Jefferson Airplane and Blue Cheer.

There was no missing the popularization of glam rock in the UK during the 1970s. The phenomenon encompassed big hair, even bigger guitar sounds and hooky choruses. New York Dolls, Kiss and T. Rex, inspired many artists to follow in their footsteps, and Sleaze Rock artists, such as Motley Crue, took the loud and brash style one salacious step further.

Roots rock is the term affixed to the rock bands and artists taking inspiration from folk, country and blues. It is also a catch-all term for country rock, blues rock, swamp rock, folk-rock, and southern rock, which are all self-explanatory sub-genres of rock. Some of the most notorious roots rock artists include Bruce Springsteen, Creedence Clearwater Revival, Los Lobos and Dire Straits.

Funk rock bands tend to deviate from the standard rock band form, which includes a guitar, bass, and drums. Guitars are a big part of the music. However, it is the funk in the basslines and the vibrant synths and keys that sets funk-rock apart from other rock music sub-genres. The genre started taking off in the late 60s and early 70s, thanks to Bowie and the Jimi Hendrix Experience.

Garage Rock bands can be spotted by their four-chord-rock-n-roll attitude and lo-fi sound. Even if it wasn’t made in a garage, it is produced to sound like it was to capture the raw energy of a song. Some of the most popular garage rock bands include The Strokes, The Black Keys, The White Stripes and The Hives.

Rock bands that achieve an interstellar and almost sci-fi vibe with their lyrics and soundscapes by using plenty of reverb on the guitars more often than not fall into the space rock camp. The best-known space rock bands include Hawkwind, Spiritualized, Muse and Spacemen 3.

Electronic Rock music is created with a combination of traditional rock instruments and synths, keys and DAW software. Some of the most popular and successful electronic rock bands include Linkin Park, Celldweller and Depeche Mode. After electronic rock music was born, industrial rock followed with its harsher timbre and angstier lyrics and vocals.

Surf rock’s heyday may have been in the 60s, but the allure of it never fades. Surf rock is the sonic epitome of Southern California with its reverb-heavy riffs that mimic the waves and shimmering vocal harmonies. Two of the best-known artists from the surf rock genre are the Beach Boys and Dick Dale. More recently, surf rock has moved into surf punk and skater punk which scathingly stand in a league of their own.

The term art rock is sometimes used interchangeably with avant-garde rock. And the genre has been around for almost as long as rock itself. After it started to break ground in the 60s and 70s, some of the key figures in the arena of art-rock include And You Will Know Us By the Trail of the Dead, Yes, King Crimson and Pink Floyd. Although art rock is experimental, there is an important distinction. With art rock, there is a modernist edge; however, the roots of rock still get a look in.

Stoner Rock is similar to acid rock, psych-rock and doom metal, but it has stood in its category since the 90s, thanks to the heavy yet sludgy grooves, slow tempo, distortion and heavy bass. Undoubtedly, it was Kyuss that made the most notable impact with their completely off-kilter doomy sound.

After post-punk swept across the UK, Goth rock artists started to gloomily spring up with their jangly guitars, massive drums, melodic bass, and immersive atmosphere. Bauhaus, The Cure and Sisters of Mercy all became some of the biggest names in the goth rock genre, which is still wildly popular today – in the right niches, of course.

Just like post-punk followed punk, post-rock has followed rock. Of all the sub-genres and fusion genres, post-rock deviates from the rock formula the most. The very nature of post-rock, which stemmed from avant-garde rock, ambient music and Krautrock, is to explore timbre and textures. Some of the best-known bands from the post-rock sub-genre include Sigur Ros, Radiohead, Mogwai, This Will Destroy You, and Slint.

In addition to the genres that we have outlined here, various other terms have been springing up in popular culture, including soft rock, arena rock, yacht rock, geek rock and jam rock. The list of rock sub-genres never stops growing, nor would we want it to.

If you want to discover more rock evolutions and variants, check out rock blogs UK. There, you will find the artists pushing the envelope of rock even further with their fusionist and experimental styles.

What Are the Different Types of Rock Music? 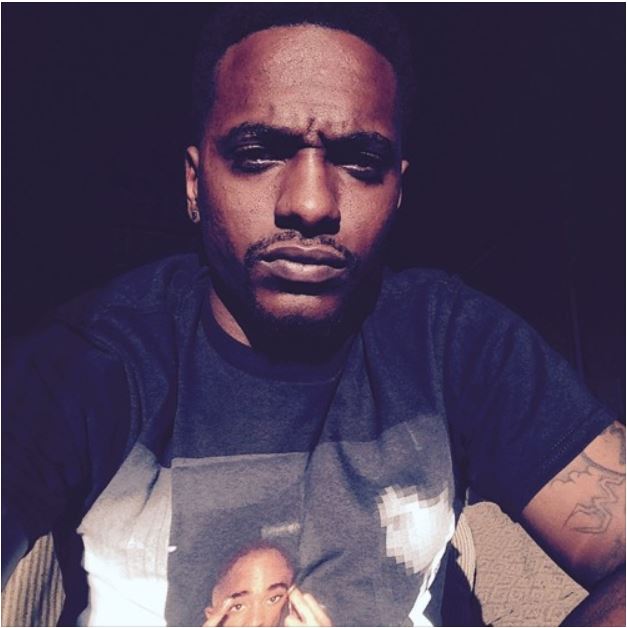 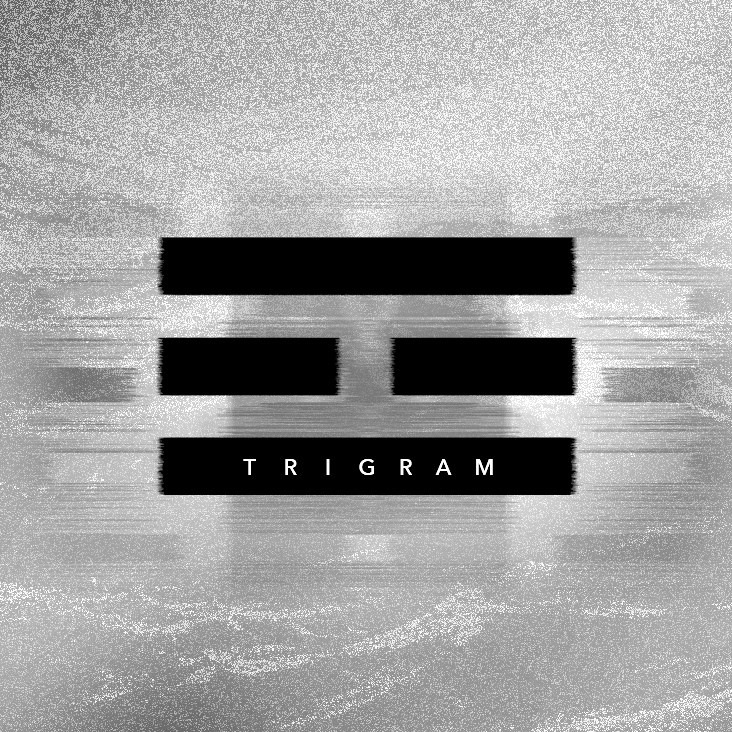 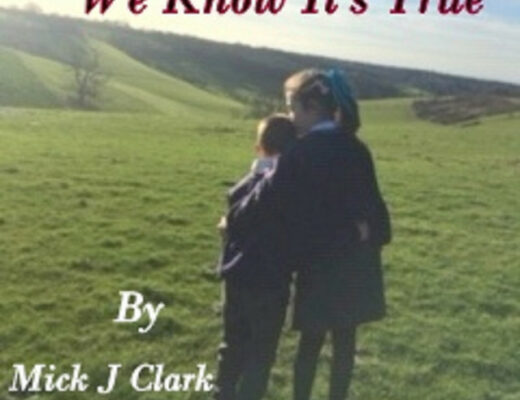 All Join Hands: Croydon’s Mick J Clark urges us to make this world a better place on ‘We Know It’s True’