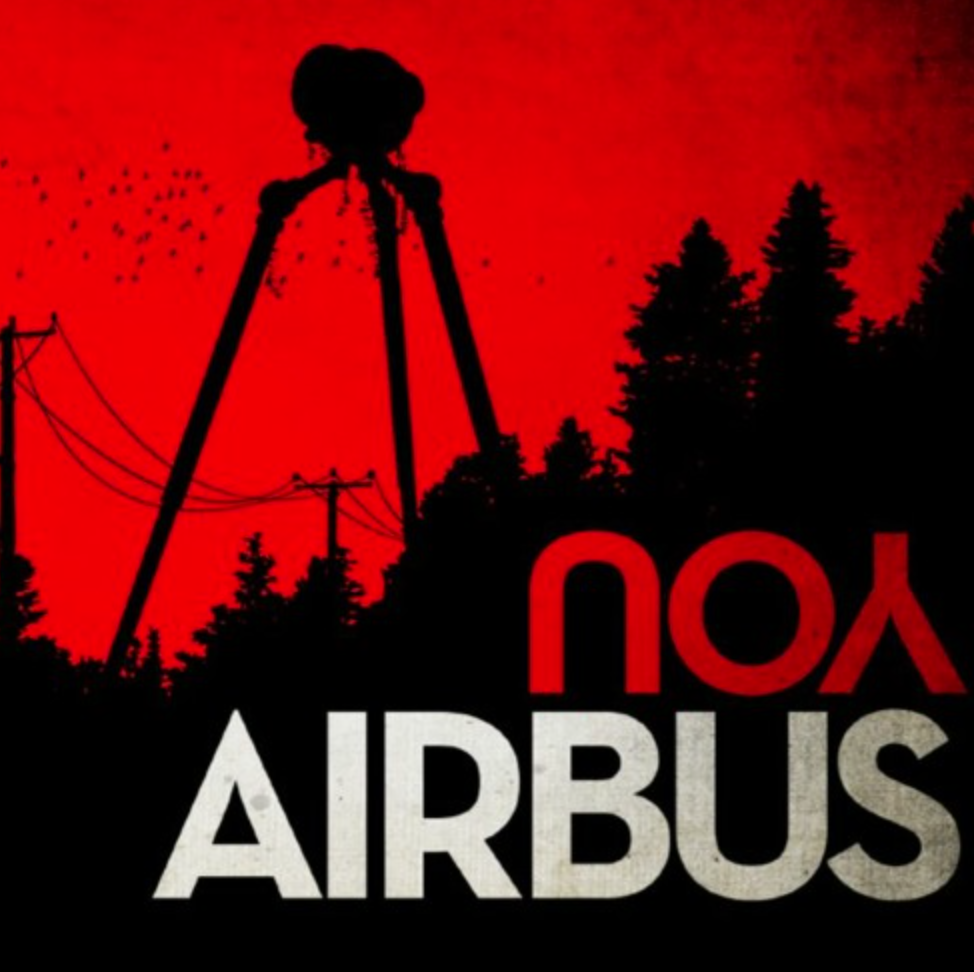 If you paid attention to the UK rock scene in the 90s, you might already be acquainted with Airbus who are set to release their psychedelically sweet third studio album, You, via Spira Records.

The album unleashes singles penned and recorded back in the 1990s; the band lifted the audio from master tapes using a 24-track 2-inch tape machine to keep the warm analogue glow of the original recordings. Short of hopping in a TARDIS and pushing your way to the front of the crowd when Mazzy Star performed at the Shoreline Amphitheatre, you’d be hard-pressed to find a better way to transport yourself back to the 90s.

If you can imagine what an aural cocktail of The Zombies, Elliott Smith and the Beatles would sound like, you’ll get an idea of the dreamy, colourful accordance that is weaved in the standout single ‘I’. Reminiscences aside, the band’s masterfully melodic presence on the airwaves once more is a breath of fresh kaleidoscopic air. The lead track carries that dreamy feel of wholesome wild abandon that most have forgotten how to offer in the 21st century.

Airbus’ upcoming album is due for release in September 2021. You can check out the band on Spotify, Facebook and YouTube.

London-based Singer-songwriter and emissary of soul, Rob Quo, has released his EP, Let It Spin, which captures his vintage-inclined style at its most accordant and psychedelic.

If you can imagine what it would sound like if the Zombies covered ‘Stuck in the Middle with You’, you’ll get an idea of the hazily sticky-sweet vibe Rob Quo orchestrated with the lead single; Talkin’ Bout the Truth.

The EP marks the singer-songwriter’s transition away from folk and blues and into the realm of experimental aural eclecticism. With an LP in the works, due for release in 2022, the old school crooner is well worth a spot on your radar.

Talkin’ Bout the Truth is now available to stream via SoundCloud.

“Your Songs” is the accordantly blissful latest single from Indie singer-songwriter Filip Finado. With melodies which you can melt into and instantly resonant lyrics, Your Songs is everything we need on the airwaves right now.

There are subtle nuances of Psych Pop and Alt Folk Pop within the soundscape which tangibly shimmers with aural resolve in a way that any fans of the Beatles and the Zombies will undoubtedly appreciate. Yet ultimately, the essence of the single lies in the magnetic resonance which will hit you as soon as you hit play. Your Songs may be a break-up song, but there’s just something so soulfully captivating about the artfully distinctive soundscape, it will soothe your soul whatever you’re lamenting over.

You can check out the official video to Your Songs on YouTube from May 28th via YouTube.

Fans of the Beatles, the Zombies, and the Beach Boys, prepare to be enamoured by Dylan E. Crampton’s psychedelically sweet single Pretty Clothes which dropped in March 2020.

The melodies in the quintessentially affable single will win you over from the first verse, while Dylan E. Crampton’s harmonically soft vocals add even more magnetically captivating warmth to the soundscape.

The Irish Singer-Songwriter has an enviable skill when it comes to crafting efficacious guitar hooks and inventive melodies. Along with their tangible talent when it comes to writing solid, instantly accessible tracks, it’s easy to see big things in the pipeline for Dylan E. Crampton with his nostalgic yet authentic style.

You can check out Dylan E. Crampton’s latest single for yourselves by heading over to SoundCloud.

This song with its rusty yet mighty rock n’ roll guitar riff is staring right into my rocker soul. Tyler Hutton is preaching good-written blues-rock music in his song “Try Your Luck”.

Tyler Hutton is a singer-songwriter and original rocker from the City of Angels. During 2019 he released his album called “Invictus” filled with rock n’ roll songs for the old-school listener, one of which is “Try Your Luck”. The production is not as polished as a band like The Black Keys for instance, but the songwriting quality stands mighty and proud. The riff is peachy and easy-listening without losing its rock edge. His voice is very pleasing and as you proceed listening to him performing and singing, the more it gets better; by the end of the song, you will be compelled to refill your glass with the finest scotch you keep in your cupboard. Lest I forget, the short guitar solo near the end of the song is one that makes you close your eyes and just feel the sound coming off those strings.

In “Try Your Luck” Tyler Hutton revisits the oldest lyrical theme in rock music; love. He encourages us to approach our love interest. I’ll encourage you to give this song a good listen. Do so here

Weary Pilgrim starts with a preserved introduction that doesn’t allow you to anticipate what’s going to follow throughout the sweet duration of this Soul-full rock track.  Whack up the volume and indulge in the Old School funk of The Zombies and the contemporary shine of The Black Keys. As you’d expect from a band of this genre they graciously indulge you in on point guitar styling with bone rattling riffs and chord progression so heavy that your head will spin.

Even after I’d listened to the track ten times I couldn’t get over the monstrous instrumental arrangements. When Weary Pilgrim crashed to its ending I was quite literally left with Goosebumps. The Banisters are a 5-piece cohort from Austin, Texas, the true home to soulful American Rock.

The vocalist invokes some sweet lyrical nostalgia as he reals through his devil dancing lyrics to create that ultimate American Rock sound. It’s hard to believe they’ve been around since 2015 and still linger on the underground scene when they can orchestrate such a nostalgic contemporary sound!

Check out the official YouTube video to Weary Pilgrim via the link below:

Head on over to The Banisters website for more info on these lusciously talented creatures music: