The Schoolboys have released their very 2022 new-wave-meets-proto-punk love song, Think About It

So many of the greatest songs have been written on hard and fast infatuation. The Schoolboys evaded all the usual tropes that have long since been outdated in their latest new-wave-meets-proto-punk single, Think About It.

If I told you the track itself was as sweet as the lyrics, “Isn’t this just what you asked for? I see you give up too fast, you should never walk away when there’s still something you want” would you even believe me?

The Schoolboys originally formed in 2021 as an alt-rock band in Reading, England, under the influence of the Strokes and the Smiths. Based on Think About It, the nostalgically-minded outfit had no trouble finding their own warmly overdriven sonic signature. Any fans of the Violent Femmes, Joy Division and Modest Mouse will undoubtedly want to pay attention.

Think About It is now available to stream on YouTube.

The standout single, Stander, is the perfect introduction to Rabbit Dream’s indulgently distorted tones, massive stadium-filling guitars that are just as robust as the licks in the National’s most anthemic tracks and the vocals that embed authenticity in the progressive single. Before the first instrumental buildup, the vocals are honeyed and sweet; after, they start to gather reminiscence to Julian Casablancas as the guitars dial up the frenetic energy. It isn’t your average indie rock earworm, but you’ll be more than inclined to return to it and give it repeat attention. Rabbit Dream is definitively one to watch; for your own sake as much as theirs.

Stander is now available to stream along with the rest of Rabbit Dream’s debut album via Spotify.

Mexican Coke was released on November 27th as part of the Chicago-based duo’s EP, Transmission 2. It is now available to stream on SoundCloud.

The Roulettes’ fourth single, Fading Sun, from their album, Demosphere, will be music to the ears of proto-punk, post-punk, garage rock and indie fans alike.

Straight off the bat, you’re plunged into a cold atmosphere orchestrated by throbbing basslines, harsh snares and rancorously overdriven guitars. Around the glitchy electronica, psych-rock tendencies start to flourish as the single unravels and warmth seeps into the mix through the vocals that carry the same enamouring appeal of Julian Casablancas (The Strokes).

The New Zealand-based duo’s album may have never seen a recording studio, but discernibly, that didn’t get in the way of the prodigal sons creating one of the most exciting alt-rock albums of 2021. Save room on your radar.

You can check out the official video for Fading Sun via YouTube.

‘Green Light’ is the melodic psych-pop-tinged debut single from the breaking garage rock artist Owen Hamlin; any fans of The Strokes, The Kooks and The Libertines will want to experience the vintage tones for themselves.

With the inventive use of the wah pedal, we can guarantee that the guitar solos in Green Light hit like no other. Owen Hamlin’s use of brash and kaleidoscopic textures resulted in a soundscape that is as scuzzy as it is soulful.

With his debut album Right as Rain in the pipeline, you will want to save space for Hamlin on your radar.

Green Light is now available to stream on Spotify.

Outside of New York, garage rock and proto-punk seems to lack the same raucously charming bite; that wasn’t a concern of Brooklyn, NY-based 5-piece Damn Jackals; they eclipsed the frenetically vintage vibe with their latest single, Lovely Nuthin’.

The enigmatic raconteurs of rock n roll take influence from 60s Garage Rock, 70s Glam and CBGB-style-Punk to leave your soul as fuzzy as the lead vocals and guitars. When the chorus hits, the same hook-filled magnetism of modern indie-garage rock outfits such as the Strokes draws you even deeper into the single that every outlier will want on their playlists.

Check out Damn Jackals on SoundCloud. 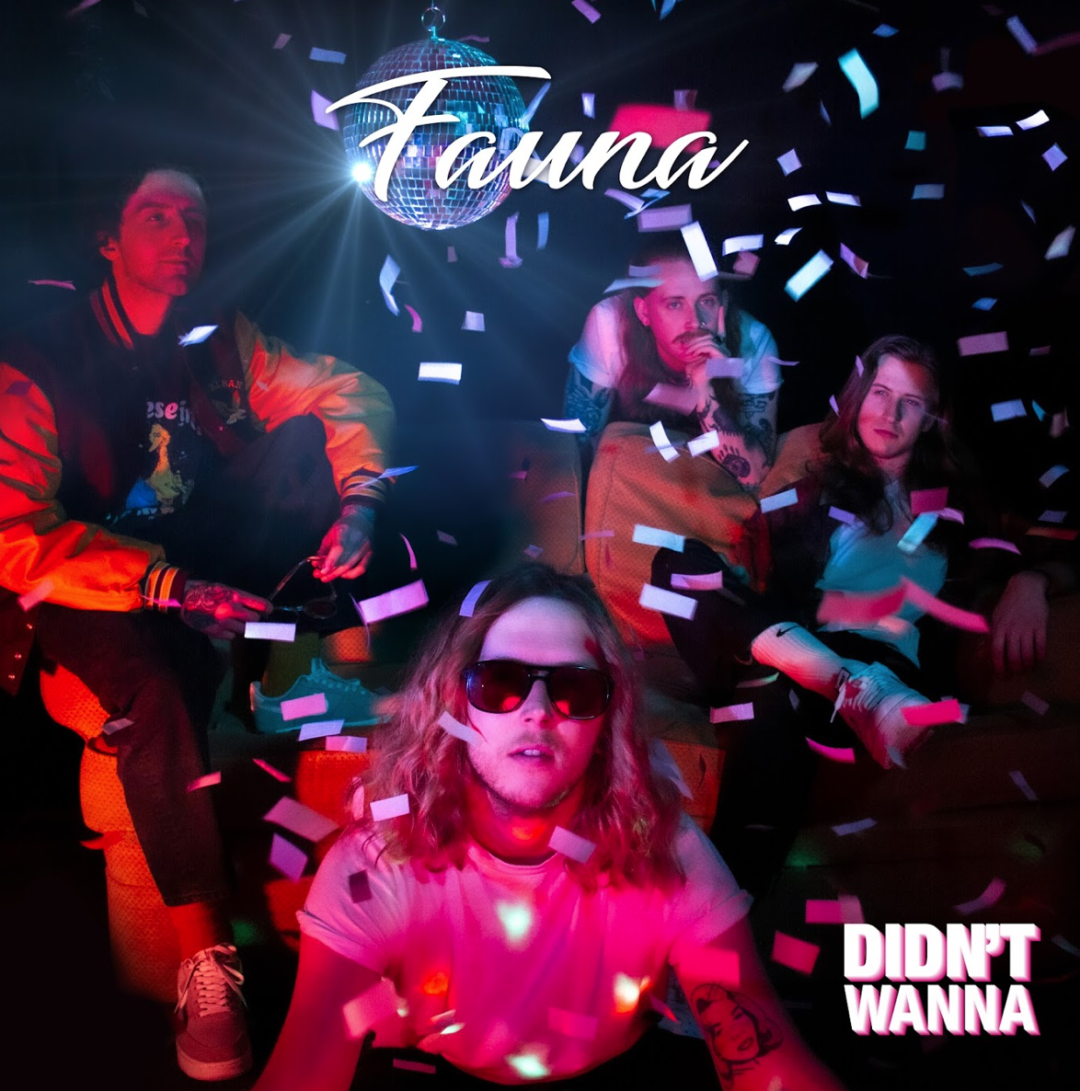 With so many big names springing out of the Manchester music scene, breaking alt-indie-rock artist Fauna have some stiff competition but their latest single, Didn’t Wanna, establishes them as an artist worth a spot on your radar and in your gig diary.

Didn’t Wanna was written during lockdown while the fourpiece recollected on those nights out that aren’t worth the Uber fare because the minute you find yourself in a crowded room, there is no place you would rather be but home. Despite the relatable disillusionment, Fauna succeeded in creating a fervent earworm out of Didn’t Wanna. Every introvert will want it on their feel-good playlists.

With sonic angular riffs sweeping through the soundscape that was constructed through influence from Kings of Leon, Peace and Foals along with instrumental stylings of 70s rock and 60s psych-pop, Fauna’s sound in their fourth single hit the airwaves as an endlessly distinctive one.

Instead of crawling out of a mould cast by Manchester icons, Fauna’s constraint-less sound breathes an air of ingenuity into Manchester’s music scene, often stifled by Joy Division, The Fall and the Smiths assimilators. If you needed any additional reason to love the pioneers, they also brewed their own Didn’t Wanna IPA to coincide with the release.

Didn’t Wanna hit the airwaves on May 21st; you can hear it for yourselves via SoundCloud and Spotify.

The Escapades releases single Can’t Get Enough (Of Your Rock & Roll): Modernised Brit-Rock at it’s finest

Alternative Brit-Rock band The Escapades who’ve just released their single ’Can’t Get Enough (Of Your Rock & Roll)’ it’s noisy, it’s chaotic and one you must check out,

From the beginning to the end it’s loud and there is a lot going on, this band sure knows how to make a killer Rock hit. From the hard hits on the Cymbal, to the blaring electric guitar solos and then the raspy high-pitch vocals, so much energy and personality blasts through.

By surprise you’ll get the loud shrieks and the thunderous instrumentation, if you thought it was crazy before then you have to wait till the chorus, it’s so lively and would be such an insane piece to play live. It’s so exhilarating and really enjoyable to listen too.

The Escapades sure know how to make a rather tumultuous track and that definitely shows in this piece. We can’t wait to see what is next for them!

Check out The Escapades Can’t Get Enough (Of Your Rock & Roll) by heading over to SoundCloud, you can’t miss this one.