Disorder – At the Door: Grunge has Never Hit Harder.

Stop wearing out your Deftones and Smashing Pumpkins records and hit play on the frenetically dark alt-rock hit, At the Door, London’s luminary outfit Disorder.

With mastering work by Alex Wharton (Pixies, The Beatles, My Bloody Valentine, Mogwai) at Abbey Road Studios and the mixing and co-production talent of Billy Bush (Garbage, Muse, Foster the People), you don’t need us to reassure you of the production quality.

But plenty of the ingenuity in At the Door comes via Disorder’s energetically confrontational presence in the alt-rock scene.

They offer the chaos of punk in a tumultuous soundscape blazoned with serious rock n roll stripes. The combination of heavy down-tuned guitars, synths and drum machines have redefined what rock and roll means in 2021. At the Door isn’t a revival but a reformation.

At the Door officially released on July 2nd; you can check it out for yourselves by heading over to SoundCloud. 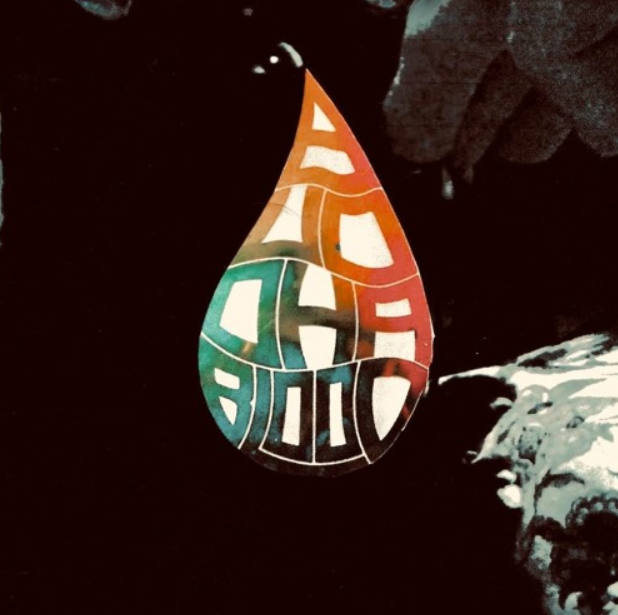 L3m0n 50Ul – 7h!5 L0<3ly F33ling is just one of the upcoming releases from the enviably talented Brighton-based artist 8udDha bl0od. The Psych Alt Folk single pulls in a myriad of nuances, but from the first hit, it will feel like home.

If you could imagine a soundscape as evocatively compelling as Elliot Smith’s tender classics, as Stylistic as Kurt Vile’s approach to Blues, and as kaleidoscopically warm as a track from King Crimson, you’ll get a good idea of the ingenuity which spills from L3m0n 50Ul – 7h!5 L0<3ly F33ling.

Despite the sweet absolving layers of soul weaved into L3m0n 50Ul – 7h!5 L0<3ly F33ling it’s still an emotionally weighted single which will stick to your synapses long after the track has faded to a close.

The Zero Won are a band from Athens with a very distinctive sound, bridging a link between indie pop and disco through hypnotic sonorities and mesmerising vocals. With a strong electronic influence in their sound, these guys have something fresh to offer and upon first listening to their new track “Lights,” one of the primary things which is noticeable is the image evoking quality in the music. All the elements are blended so well within the texture that the sound created has the ability to take you on a visual journey just by listening to it. In fact, I personally can’t wait for a music video to accompany the song.

Apart from the mesmerising and hypnotic quality expressed in the music, “Lights” also features a variety of sounds ranging from delicate guitar countermelodies, big synth sounds, pointillistic percussions and a strong melodic line in the vocal part. This, in fact, results in a memorable expressive chorus which drives the music constantly forward. As the song reaches the end, momentum is built up towards a final climax which is literally an explosion of sound featuring all the interesting elements of instrumentation chosen and combining everything together through a great mix. Listening to this song is just a hypnotic experience from start to finish.

Persepolis are a French Progressive Alternative Rock band hailing from Mont-de-Marsan. Whilst their lyrics are in English, their styling is delectably European. They command a certain je nes sais quoi in their sound. The drummer and vocalist utilises deep ratting drumbeats as an under tone to their delectably light riffs whilst projecting emotionally charged vocals.

The band members Milo Dumartin and Robin Jourdan may just be the best alternative rock duo since The White Stripes. They have a wonderfully melancholic sound that’s highly resonant. The band count Radiohead & The Smashing Pumpkins as their top musical influences, they’ve adopted their pensive style along with more upbeat indie acts such as The Hives, BLOC Party and the Arctic Monkeys. They subtly infuse the Indie Grunge harmonies into their music to create a mellifluous sound which draws you by the violent rage of the guitars.

No Pleasure Inside is just one of the tracks off their debut album Sixty Miles An Hour which is available to download or purchase via Bandcamp.

Check out the official No Pleasures Inside video on Youtube using the link below!

Stay connected with the band via:

Fox Harbour are a Nashville based band fronted by two voices which complement each other perfectly in a blend of vocal harmonies, strong driving melodies and an authentic country sound with pop influences. Nathan Cogan and Claire Cooper have not only joined forces to make this project come to life but they have also crafted their very own distinguishable sound and artistic vision along the way. “Some Kind Of Magic” is in fact their latest release which presents a delicate yet strong balance of harmonies and tuneful melodies as well as a heart-warming spirit in the whole arrangement and performance quality.

The duet aspect in “Some Kind Of Magic” is indeed what brings it to life and makes it so impactful and infectious. It is primarily a dance of conversation between the two which culminates in a unifying chorus that truly brings out their vocal compatibility and highlights their ability to create one homogeneous sound. Apart from this, the gentle guitars and strings instrumentation also makes room for the tuneful melodies and vocal tones to shine bright. The two vocal tones in combination with this instrumental arrangement in fact create a very particular balance and character which is truly difficult to find. A characteristic of sound which only true artists with careful attention to detail can obtain.

Luddy Mussy is a talented and creative group with a very special approach to musical composition. The recent track, “Is A Sound”, is a stunning piece that clocks in at 13 minutes. Throughout the length of the song, Luddy experiments with various genres and patterns, flirting with pop, rock, jazz and many other styles. The song opens up with lush and embracing piano tones, only to follow with some stunning drum arrangements. The electric guitars, however, truly takes the spotlight.

What I find really amazing is that the guitar is certainly not the loudest or most upfront element in the mix, yet it definitely leads the songs, helping it move forward with some really cool effects. From stunning slide phrases to amazing old school fuzz tones and stunning noise breaks, the guitar really adds something special to the mix, going for a rock edge with an atmospheric feel. I love how the vocals come in at about 5 minutes into the song, when you least expect them to surface. The song makes me think of bands such as The Smashing Pumpkins or The Goo Goo Dolls, but with a more progressive and experimental feel.