If you’re looking for shimmering guitars, kaleidoscopically colourful melodies and vintage Rock n Roll vocals, look no further. Panoram’s 2019 single “Betty White” is a strikingly unique reinvention of the tones of 60s artists such as The Beatles and the Beach Boys, yet they’ve found a way to assert their own distinction and eccentric personality amongst the authenticity.

While the guitar effects were a little too much in parts and dampened the progressions – especially in the prelude, Panoram has still proven themselves to be an exciting up and coming artist with the ability to offer sticky-sweet aural nostalgia with their Psychedelically flavoured  Indie Surf Rock.

You can check out Panoram’s single Betty White for yourselves by heading over to YouTube now.

“Ways” is the debut Indie Surf-Rock single from the up and coming artist The Customers which any fans of Iggy and the Stooges, the Kinks, the Kooks and Velvet Revolver will want to check out.

The sunny Surf Rock rhythms may be slightly archaic, but that just allows Ways to drip with a colourful hazy nostalgia. The New Jersey-based artist has kept a fine balance of ingenuity and revival with Ways. Through the popping angular guitars and grittily raucous Indie Punk vocals, they inject plenty of their own visceral flavour into the genre whilst simultaneously treating you to a familiar soundscape.

They have since followed up the release of their debut with their second single “Patterns”. If you like what you hear, you’ll have plenty to look forward to from The Customers as they will be releasing their debut album in 2020.

You can listen to The Customers riff-packed debut for yourselves by heading over to Spotify now.

Mountain Waves – Pangaea: The Surf Rock Revival You All Need to Hear

New Jersey Alt-Rock artist Mountain Waves has recently released their latest single “Pangaea” which should probably come with a health warning. If you thought that Swans were a loud band, hit play and you’ll soon see how Mountain Waves blow them out of the water with their captivatingly distinctive Indie Surf Rock.

With touches of Psychedelia, Garage rock, and Jangle Pop, Mountain Waves are reinventing nostalgic rhythm like no one else on the airwaves right now. If you could imagine what the Kinks would have sounded like if they threw Surf Rock and a touch of Fidlar’s unrestrainable energy into their soundscapes, you might be able to get an idea of the magnetically gritty energy in Pangaea.

With the ominously charming Alt Rock vocals, the sheer power emitted by the instrumental arrangement, and how violently this track throws raucous mesmerism at you, we’re unlikely to forget about Mountain Waves any time soon. We’d highly recommend putting them on your radar too.

You can listen to Mountain Waves’ single Pangaea for yourselves by heading over to Spotify now.

Nick Cave fans are going to want to prick up their ears for the debut release from Alt Rock artist Marty Boff. Their first album “Ballad of the Ninja Cowboy Vol 1” aptly dropped on October 31st.

It’s probably no coincidence that it was released on Halloween given the ominously dark Tarantino-esque tonality of the album. It’s smoky, it’s gritty, and each track will submerge you in the swampy rhythms which are tinged subtle elements of Surf Rock, Indie, Post Punk and Alt Americana.

If you’re tired of the prolific humourlessness on the airwaves, the album will undoubtedly prove to be an aural treat worth savouring. The album is just one piece of the episodic puzzle titled “Skateboarding Rock Star Ninja Cowboy” which is currently in the works.

Loosen that stiff upper lip and enjoy the talent, wit, and imagination of Marty Boff which pulls together to offer the perfect soundtrack for escapism.

You can check out Marty Boff’s debut album for yourselves by heading over to SoundCloud now.

Miranda Journey Takes Experimental Indie Rock to the Next Level with “Oh My!”

Anyone who has had to deal with insipidly passive-aggressive people should find plenty of powerful resonance in Miranda Journey’s latest Indie Folk Rock single “Oh My!”

The up and coming Ontario-based singer-songwriter created high-tempo hit which may flirt with elements of Pop, but the Synth-infused chaos in Oh My! allows the track to remain firmly in the Alt Rock arena. And with Surf Rock guitars thrown into the mix, I can guarantee you’ve never heard anything like the rhythmic frenzy in Oh My!

Miranda Journey may be fresh from her inception after releasing her debut EP earlier in 2019, but her eccentric and electrifying artistic charisma already allows her to stand out with distinction. It’s going to be incredibly exciting to see what comes next from Miranda Journey.

You can check out Miranda Journey’s latest single Oh My! for yourselves by heading over to Bandcamp now.

It never quite occurred to me how there’s a perceptible lack of women putting out Surf Rock inspired Pop until I checked out Molly Willis’ latest Alt-Rock single “Upswing”. April March started something which artists from this decade have been largely unwilling to finish, yet Molly Willis has revived the genre once more with her femininely powerful single.

Everything about the single feels melodious and mesmerizingly ethereal; the vibrant chopping Surf Rock guitar rhythms sit in perfect synergy with Molly Willis’ natural vocals which share a likeness with artists such as Sharen Van Etten and Angel Olsen. Yet there’s a uniquely magnetic effervescent draw to Molly Willis’ humbly expressive vocal style, which you’ll probably only appreciate fully if you hit play yourselves.

You can check out Molly Willis’ latest single Upswing for yourselves by heading over to SoundCloud now. 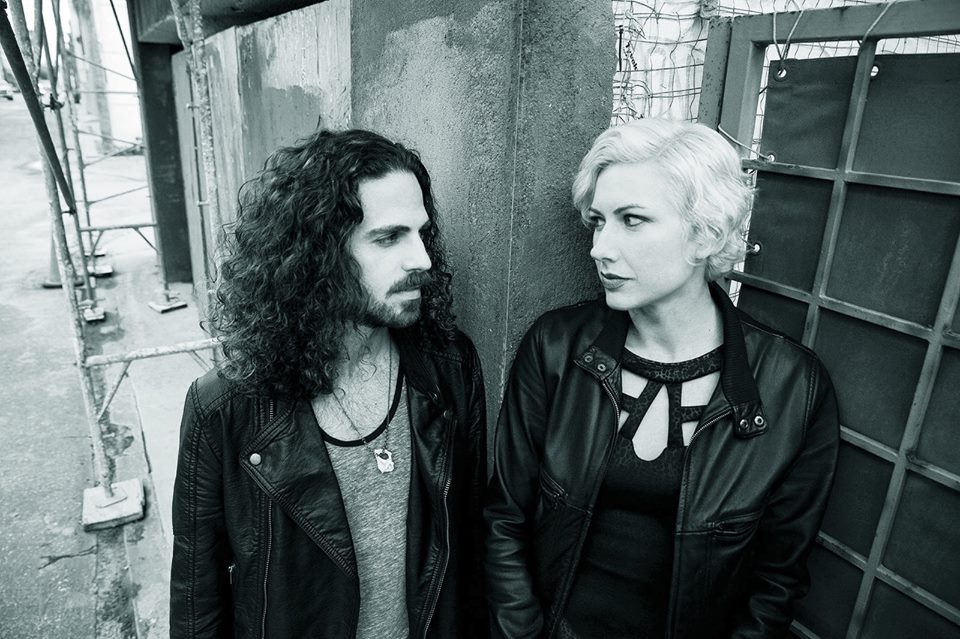 Dick Dale tragically may not be with us anymore, but the hypnotic mesmerism of Surf Rock definitely still is thanks to artists such as Movie Club. Listening to the standout single “Navy Seal” from their latest EP, it should have come as no surprise that the sound was orchestrated by a California-based artist.

The soundscape practically oozes sun-soaked vibrant fever as the guitar glides against the tight drum fills to create a cinematically immersive instrumental track. Navy Seal may only be just over two minutes long, but that doesn’t detract from how deeply the time signatures of the guitar will burn into your mind as Navy Seal becomes your new Surf Rock earworm.

You’ll have to wait a little longer before you can check out Navy Seal along with the rest of the tracks from Movie Club’s upcoming EP release, but in the meantime, you can head on over to SoundCloud and check out their debut EP which was released earlier this year.

The latest track “Silk Road” from the Shipbuilders greets you with an instantly cathartic melody, reassuring that your aural senses are well and truly in deft and stylised hands. The Liverpool-based band have a timeless take on modern Indie which incorporates a style not all too unreminiscent from tracks by the Beach Boys and the Pixies. Yet, there’s an extra added bite behind the soundscape; a tangible virile energy which you can’t fail to notice through the vocals and lyrics. I never make a Manic Street Preachers comparison lightly, but in this instance, it’s more than deserved, and it definitely wouldn’t be a stretch to say that the Shipbuilders vocalist gives James Dean Bradfield a run for his money.

Everything about Silk Road is simply stunning and endearing. I’m officially excited to hear what the Shipbuilders come up with next.

You can check out the latest track from the Shipbuilders for yourselves by heading over to SoundCloud now.

Keep up to date with the latest releases and tour info from The Ship Builders via Facebook.

The Kronk Men released their standout single “The Climax of the Final Hour” in February 2019 and treated Alt Fans to a captivating serving of doom-riddled Surf – and I can pretty much guarantee you’ve never heard anything like this before.

The Climax of the Final Hour wouldn’t be out of place on a David Lynch soundtrack, and if this single was around at the time Fear and Loathing was released, I’m pretty sure the chaos contained within the soundtrack would have been the perfect fit.

With the extended duration of the instrumental track, there is plenty of anticipation built up in the prelude to prepare you for just how magnetic the instrumental arrangements are going to get as the reverb bleeds, slowly teasing the track which inevitably leads into full-frontal chaos.

Dick Dale would have been proud to hear this evolution of Surf; which is for the most part a fairly lively and upbeat genre, yet, The Kronk Men were able to contort hypnotically eerie tonalities which leave you hooked in by the constantly winding and meandering guitar.

You can check out the latest single from the Kronk Men for yourselves by heading over to Bandcamp now.

What would you get if you crossed a Surf Rock band such as the Beach Boys with a Lo Fi Rock band like Pavement? A concoction of ingenuity. Which is exactly what LamoSic has created with his latest single On the Sun. I also picked up on a slight instrumental sensibility which was reminiscent to Frank Zappa’s experimental style.

The New York Rock multi-instrumentalist has one of those instantly amiable sensibilities that you just can’t help but adore. His Lo Fi style vocals are in the least patronising way possible frankly adorable. The chord progressions in On the Sun are almost schizophrenic, there’s no way to predict where they will meander to next, making the instrumental breakdowns some of the most immersive I’ve ever heard. If this track doesn’t invoke some form of movement from you, it would be safe to assume you are dead inside.

To check out LamoSic’s spectacular release of On the Sun head on over to SoundCloud where you can taste his resounding instrumental Lo Fi style.

On the Sun was released April 12th, 2018, the singles release has definitely got me excited for the release of his upcoming album this summer! Connect with LamoSic on Facebook to stay up to date with all of his new releases and to tell him how fabulous he is.