Magnifying the unexpected feelings following a one-night stand, artist Eloe put his reflections into words in his latest release More Than Just A F**k – Rolling.

Playing with synths and new-wave sounds that work out through a smooth background pad, hip hop slow beats design a contour for gentle Soul vocals describing the aftermath of what at first seemed to be lust but ended up being a surprising emotional connection.

Most times it doesn’t have to be love to make two people connect. Some nights that start with a physical instinct can still result in a beautiful empathy that won’t necessarily evolve into a longer relationship but will still endure as a memory to cherish. Something that in a such materialistic world is just so rare.

By combining all of the above, Eloe creates a sensual R&B effort that you can check out for yourself on Soundcloud.

Starzsky released his new track ‘Change Places’, a hip-hop hit that aims for a new-wave atmosphere.

‘Change Places’ starts with a strong soul-blended hip-hop component for which his voice is a stupendous match for, until Starzsky unexpectedly bursts into a heartfelt rage that still generates empathy even with the harshest words.

Moving back to quieter vocals in the second part, the whole mood becomes way more RnB with sax sounds softening his rap bars and the song’s overall feel. It’s not the usual “hip-hop thang” but a song that contains traces of alternative and even new-wave sounds if explored deeper.

‘Moody starr’ is written on his Soundcloud profile and I believe it’s really worth giving a whirl to his many moods.

Head over Soundcloud to listen to ‘Change Places.’

Artist AndyJMotion dropped his single ‘Lights’, embracing his New Wave sound and having a fast pace flow and an infectious rhythm.

Having that repetition of the lyrics bouncing back and forth, using humming to kick start the Rap, the vocal ranges are fairly raspy and tend to have this rather harsh texture to them as they go from being fairly flat to stretching out to amp up the volume, and the voice does tend to crack in a rather brittle way in parts.

The overall rhythm is upbeat, it keeps the flow going steady and pulses through the vocals as it tends to stay simple but still has its own lively feeling to it, as it tends to flow in and out of other elements, coming in louder and fading out quicker. Towards the end, the guitar like sound begins to climb out of the background and give it this dose of edginess.

Be sure to check this one out by AndyJMotion it’s definitely got a catchy beat.

Listen to AndyJ Motion Lights by heading over to SoundCloud now.

Brooklyn-based solo artist Constant Comas has proven that Funk, primal percussion, and friendly synths go hand in hand with their debut EP “C”. The best introduction to their sound is the rapturously nostalgic 80s New Wave Synth Pop single “Get It”

Get It comes together as an alchemic merging of elements of past and future in a sublime fusion of analogue soul. The Indie approach to production has made Synthwave more personable and accessible than ever. Any fans of Soft Cell, Frankie Goes to Hollywood and the Pet Shop Boys are sure to appreciate the instantaneous hook behind Get It which pulls you into the euphoric mix which comes complete with catchy lyrics, and vocals which definitely aren’t without charm.

You can check out Get It for yourselves by heading over to SoundCloud now. 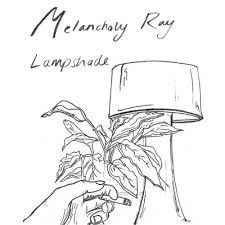 As a massive Indie New Wave fan, it was hard not to get caught up within the energy that exuded from Melancholy Ray’s latest single Lampshade. The Indie Rock powerhouse have created a futuristic sound with plenty of nods to the timeless.

As I listened to the Leeds, UK based band’s fourth single unfold I was caught up wondering if Johnny Marr had joined a new band. Then, thankfully I found some time to appreciate the angular riffs that made for a choppy, jangly guitar progression and the vocals which complimented the synergistic weaving of the instrumentals.

Whilst it doesn’t seem likely that a band called Melancholy Ray would be putting out anthemic tracks soaked in up-vibe energy, their sound carries the same infectious rapture, as dare I say it, Franz Ferdinand. Love them or hate them, no one can deny their ability to create a catchy hook. And Melancholy Ray do too. But you won’t know if you don’t check out Melancholy Ray’s latest single Lampshade for yourselves by heading over to Spotify.

If you’re looking for a playfully fresh new addition to your Pop playlists then look no further than the standout single dropped by K N A F F ‘Sweatshop’. The Las Vegas based brothers teamed up to create a new wave drop which is as resonantly sweet as it is lyrically genius. The dreamily melodic Trap beat sets the perfect pace for the sweetly dubbed vocals to transcend above in a lucidly cathartic mix.

It is almost impossible not to find yourself a little in awe of the conceptual lyricism that went into Sweatshop; the two up and coming artists playfully skirt around the issues of slave labour and capitalism to create an upliftingly experimental mix that will leave you torn between considering the disparities in humanity and simply losing yourself in the fresh Hip Hop/Pop crossover mix.

You can check out K N A F F’s single Sweatshop on SoundCloud which was dropped June 2018 now along with the rest of their genre mashing singles which have been released this year.

CAT – Noah: There’s a New Girl Anachronism on The Scene

As soon as the video to CAT’s latest single Noah started streaming, there wasn’t the slightest bit of indifference, as I embraced the nostalgically haunting video unfold in a manner of quirky insanity that Amanda Palmer would agree was eccentrically fantastic. CAT’s chilling soundscape was one that I could never have anticipated. If you could imagine a crossover between Courtney Barnett and Warpaint, you’d get a pretty good idea of CAT’s pioneeringly resounding approach to her sound.

The Los Angeles based New Wave singer, songwriter, screen writer, actress and above all else genius goddess creates something completely fresh with her sound. The overall affect could only be described as overwhelming as her soulfully harmonious vocals resonate with the soaring synthesised beat. Noah isn’t just a track that you listen to, the vibrations of sound flows through you when the harmony really hits.

No praise would be high enough for the experience in aural and visual alchemy for CAT’s music video, so head on over to YouTube to check it out. Tell me if I’m wrong.

You can connect with CAT via Facebook & keep up to date with all of her artistic endeavours.

The Sunset Kids are a unique Canadian Electro Folk/Dream pop music duo created in early 2013 by Josh Palmer (Guitar, Synths, Vocals) and Ally-V (Synths, Vocals). . Beyond providing energetic performances throughout the country, they share their enthusiasm and passion for music and film. Nominated for best Independent Music Video at the 2016 HMMA’s ( Hollywood Music in Media Awards). Their merits as artists also extend internationally, all their main official videos have been produced in California in collaboration with videographers and other crew members from the TV series Breaking Bad.

Ally V , grew in post Soviet /post Berlin wall Siberia, with no money and political unrest for years. She later immigrated to Saskatchewan Canada and her cinematic eye and musical ears were inspired by her journey to Canada. Her other worldly experiences bring a uniqueness to the Sunset Kids music and videos that’s all their own. The Kids make exciting Electro Folk music and also Cinematic music videos  and short films. For their live show they combine this cinematic eye for a multimedia experience with video projection.

The Sunset Kids have become well known for implementing visual art during their performances.  This comes in the form of original videos that capture the attention of their audience by mimicking the essence and mood of their music. To date, The Sunset Kids have played nearly 100 shows, including local, national, and international venues. The Sunset kids are heavily influenced by the New-Wave and Synthesized Sounds of the 80’s and folk pop of today. Their music represents a blend of many genres, from folk to synth electronic and indie.

Other than the most recent Music Video Nomination, one of their exciting milestone was the release of their first EP Seventh Sky on March 23, 2014 in front of a Los Angeles audience at the famous and Historic, House of Blues HOB on Sunset BLVD. Thanks to the overwhelming crowd response.  In fact one of the last performances their before the legendary club closed down.

Villiers are a deliciously dark synth pop/ new wave four piece from the north of England. Forming in 2011, originally as a three piece, they released first single ‘The Dancer’ on Jack to Phono records to rave reviews and airplaya acorss the world from BBC Radios 2’s Janice Long and Jonathan Leigh Rosen’s ‘Lopsided world of L’.

New single ‘Wandering’ encapsulates many of the iconic sounds of which the band have been influenced by such as New Order, Bronksi Beat and Depeche Mode creating a dreamy yet dramatic pop track that’s sure to get those bodies on the indie dancefloor. The track tells a tale of love and angst set against a dark, drug fuelled club scene.

The band are brother Ben and Daniel Earnshaw, Daniel Buckle and Mike Bradford.