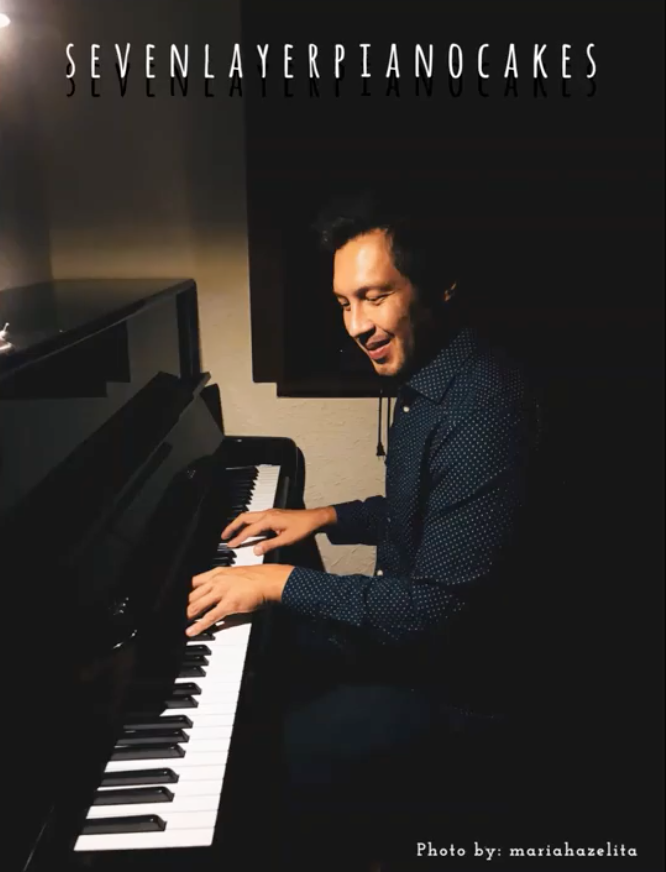 Last year, Seven Layer Piano Cakes appeared on our radar with their dreamy feat of indietronica ‘The Patriarch’, leaving us enamoured yet ridiculously underprepared for his latest release ‘Middlegame’.

The 00s emo kid in me can scarcely deal with the feisty alchemy which spills when a classically trained pianist tackles a melodic metalcore style which wouldn’t be out of place on an old school Bring Me the Horizon album.

With Seven Layer Piano Cakes’ neo-classic keys combined with the harsh snares which smack under sinister synth-lines, Middlegame is practically overwhelming – especially when the guitars start to slash the soundscape with angularly absorbing notes.

The tenderly sedative soundscape incorporates a kick of psychedelia into the practically celestial progressions which will gently pull you through the ingenuity which we’ve come to expect from 8udDha bl0od.  Yet, Time’s Warps: ii.iii Days Go By is by far one of the purest unalloyed tracks we’ve heard from the Brighton-based artist so far. Stunning feels like an understatement when it comes to this almost neo-classic composition.

You’ll have to wait a little longer before you can check out Time’s Warps: ii.iii Days Go By for yourselves. In the meantime, you can head over to the artist’s SoundCloud page and check out 8udDha bl0od’s earlier releases.