Taken from their debut EP, Somebody Else, The Illucid’s jazzy post-punk standout single, Stone Cold Soldier, couldn’t have fallen onto our radar at a more sobering time. The catchy rock hooks from the British Indie band almost feel like an act of defiance in today’s chilling geopolitical climate.

On the basis of the frantic bluesy piano keys, the theatrical vocal lines and their ability to squeeze euphoria from darkness, The Illucid almost becomes the thinking man’s Nekrogoblikon while they deliver their Magazine-style enigmatic energy in the single that shames the cold inhumanity behind the eyes of stone-cold soldiers.

Not many bands can convince me that they’re worthy of seeing live with just one single, but the Illucid are easily one of the best outfits to come around since Melt Yourself Down. Get them on your radar.

Stone Cold Soldier is now available to stream on Spotify. Samuel Ashton’s latest single, Breathe Easy, is definitive proof that people who say they don’t make music like they used to are as ignorant as they are apathetic in their searches for diamonds in the commercial rough.

Breathe Easy is the ultimate soul-blues serenade between the jazzy, mellifluous ambience in the instrumentals and the timeless vocal panache. Ashton’s vocal notes effervesce with passion while trying to instil tranquillity; his sound is practically ASMR. In our disquiet reality, he really is a breath of fresh air (pun semi-intended).

Breathe Easy is due for official release on November 25th. You can check it out for yourselves on SoundCloud.

Jazz and Blues fusionist Ikechi Onyenaka’s latest extended instrumental soundscape, City Dreams, eases you into the twilight grooves gently before the rhythms pick up funk around the smoky jazz timbre. With the next progression, City Dreams moves towards a stormy sax blues riff that rivals the jazz-punk frontman Pete Wareham’s pipes.

In the latter half of City Dreams, psych blues tendencies start to accumulate in the single, in a way that there was no anticipating. The ambience from the intro allows the volatile expressionism to leave you broadsided by the sheer ingenuity. Is there any better feeling than that?

City Dreams is now available to stream on SoundCloud and all other major streaming platforms via this link.

The Third Arrangement give us a whole lot of ‘Rosie’

The Third Arrangement formed as a four-piece in South Jersey in 2016, around keyboardist and song-writer Nathan MacAdams and guitarist Frank Morley. Growing in numbers at the same time as in influences and scope, they’ve become a fine, innovative Acid Jazz-styled group, taking in rock guitar, funk, and of course jazz. ‘Rosie’ is a prime example of their art, with elements of Ben Folds, bits of Dave Brubeck, touches of JD McPherson, and occasional flashes of J. Mascis guitar breaks, all mixed in with storytelling, narrative lyrics.

‘Rosie’ is a beautiful mix of jazz guitar, flashes of rock flourish, and Rhodes piano, mellow and outlandish at once, all wrapped around the overall sound of a band that’s utterly aware of the sum of its parts; tight, assured, and with some serious groove. ‘Rosie’ is smooth, composed, with a lovely minor third rise and drop, and some absolutely filthy piano licks to compliment the sexy-as-hell guitar-work.

The Third Arrangement released their debut EP “Scarecrows” in 2019, and are currently recording more singles for release later in 2021; on the basis of this, we’re all going to need to get our hands on every last one of them.

MYB served a cocktail of pop, blues and jazz with their latest soul-filler, ‘Pessimistic Panorama’. 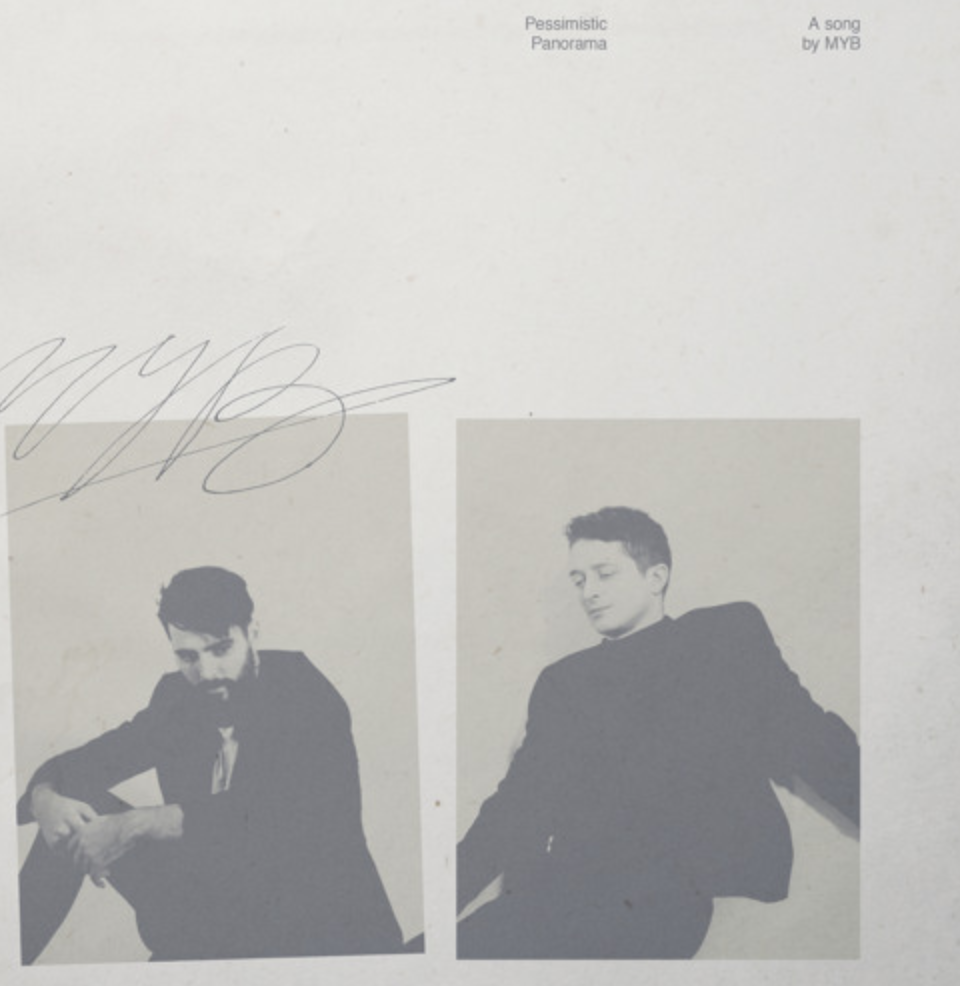 If singles charted on the strength of their titles alone, the Michigan-duo, MYB’s single, ‘Pessimistic Panorama’ would be a chart-topper, but that’s not to say the seductively upbeat soundscape itself isn’t aural gold.

The experimental artist who take influence from The Beatles, Prince and Journey deviated from archetypes when orchestrating this uniquely enamouring hit which is a minefield of aural curveballs. While we could never have anticipated being thrown into a jazz-blues style instrumental breakdown, we more than appreciated the jazz piano progressions jaunting next to the soaring guitar riffs; they seemed to parallel the enigmatic soul which MYB effortlessly exuded in their latest single.

You can hear MYB on SoundCloud.

Need a live music Fix? Sensationally talented award-winning Blues artist Miss Emily has treated her ardent fans to a live rendition to one of her most soulfully imploring singles, The Sellout.

Finding artists with a voice which crawls under your skin and into your soul is no easy feat, but it is hard to ignore Miss Emily and the evocatively ethereal tones which she can command as she verses the scathingly alluring vocals. The passion and level of conviction in her projection of the pitch-perfect notes allows the empowered vibes to stay with you long after the track has faded to a quiescent close.

If someone took you by the shoulders and attempted to shake the naivety out of you, the effect would be less visceral than if you hit play on The Sellout. Her band leave plenty of room for her vocals to utterly dominate the track, but you’ll still get to drink in plenty of rhythmically enticing alchemy which bleeds through the smooth blues grooves.

You can check out the video of Miss Emily performing Live at the Isabel by heading over to YouTube.

‘Immersive’ isn’t usually the first adjective which comes to mind to describe a standout track from Jazz ensemble but discernibly, the Leeds-lauded Jazz outfit Dangerbirds are anything but archetypal.

After forming in 2018, Dangerbirds took their time crafting their transcendently warm album “Shapes”. Part Ambient Jaz and Part Progressive Melodic Instrumental Rock, the album is a deluge of complexity weaved into trustable rhythms. The standout track is undoubtedly Red Tea, it may not use typical time signatures, yet, you’ll want to surrender your pulses to the alchemy weaved by virtuoso-level composer and guitarist Sam Horan regardless.

Never let it be said that Jazz can’t be accessible and fit for contemporary airwaves.

You can check out Red Tea along with the rest of Dangerbirds debut album Shapes via Spotify.

Up and coming artist Wil Pearson has recently released his sultry feat of Easy Listening “I Wish You Well” which proves that he definitely isn’t your average crooner.

The contemporary twist which he puts on the timeless Jazz-infused style strips away the archaic connotations of the genre and replaces it with contemporary accessibility. If his meltingly magnetic vocals weren’t enough, there’s also a strikingly cinematic instrumental breakdown where the electric guitar and the brass battle to dominate the otherwise serene Bluesy soundscape. Mindblowing feels like an understatement. If you could imagine what it would sound like if Michael Buble, The Arctic Monkeys and Slash collaborated on a record, you might just get an idea of what is in store if you hit play on I Wish You Well.

You can check out Wil Pearson’s single I Wish You Well for yourselves by heading over to Spotify.

Jazz has never been the most accessible of genres. Yet, with the magnetic pull of the fluidly explorative soundscape which is AP Project’s latest single “Hi. Ro. Mi”, that issue may become a thing of the past.

The Jazz Fusion single abstracts elements from Hip Hop, Blues, and RnB before infusing them into a work of dizzying distinction.

With Hi. Ro. Mi., you not only get the perfect introduction to AP Project’s deft instrumental mastery. But you also get to experience the mesmerism of surrendering yourself to a rhythm without knowing which way or how fast you’ll be pulled along. The refusal of the Modern Jazz Fusion artist to leave any amount of predictability between the notes is most felt when the soundscape surges into jaw-droppingly intricate piano melodies which carry the perfect dose of Jim Jones-style frenetic energy.

You can check out AP Project’s single Hi. Ro. Mi. for yourselves via SoundCloud now.

If you’re not compelled to hit play on up and coming Jazz & Blues artist Joey Rodriguez’s latest release “Loathsome Blues” for the melancholically intriguing name alone, there are plenty of added incentives infused into the soundscape itself.

The first being the sheer talent of Joey Rodriguez as an instrumentalist, it’s not just about the technical ability possessed to create such absorbing riffs, but it’s their ability to lace each note with resonant emotion. With the percussion and bass setting a solid backbone of the track, Joey Rodriguez’s Bluesy riffs are free to soar above the rest of the arrangement. And that’s all before the archaically inspired vocals kick in. Even though Joey Rodriguez may have borrowed a few dulcet tones from decades past to create Loathsome Blues, through the production there’s still a modern, sleek feel to the track.

Jazz and Blues may not be commonly found in the UK top 40, but it is tracks such as Loathsome Blues which make the genre more accessible than ever.

You can check out Joey Rodriguez’s Hendrix-style riffs and Blues Pop vocals for yourselves by heading over to SoundCloud now.