Boston-based Indie newcomers Sunday Face have just released their latest single “Start Anew”. It pretty much has the same effect on your insides as a rollercoaster.

It’s not all too often a soundscape can be literally and figuratively striking. But the piercing alchemy in Start Anew is beyond anything we’ve ever heard. With orchestral swells joining the nuanced instrumental arrangement, Start Anew offers a haunted cinematic feel. And that’s not easy to find in Indie. Especially from an up and coming artist. But something (everything) tells us that Sunday Face won’t stay up and coming for long.

Any fans of Florence the Machine, Angel Olsen, and Big Thief are sure to appreciate the ethereally evocative harrowing vocals which float atop the wavy, ambient Shoegaze instrumentals.

You can check out Sunday Face’s latest single Start Anew for yourselves by heading over to SoundCloud now.

Incubus fans will undoubtedly want to check out the sweet feat of Alt Rock “Slow Fall” from up and coming artist Electricity Keeping You Alive (E.K.Y.A.).

The bluesy American Rock sound is switched up with inventive guitar effects along with a potent amount of emotion coming to you through the vocals. Slow Fall packs an emotive punch. But that’s not to say the deftly crafted melodic track is without raucous appeal. It may take a while for the momentum to pick up. But when it does, you’ll get a taste of how much of a powerhouse Electricity Keeping You Alive are.

You can check out Electricity Keeping You Alive’s latest single Slow Fall for yourselves by heading over to YouTube. 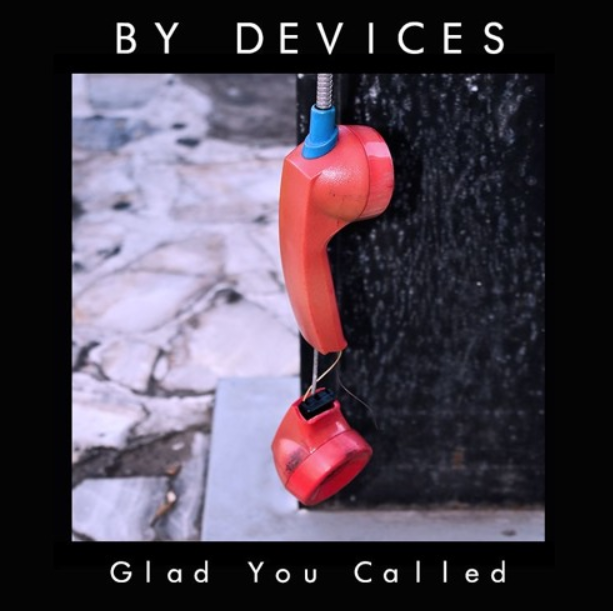 Scotland-based Indie Rock powerhouse The Decrees not so subtly crashed onto our radars with the bitingly raucous hit “Liberté” at the end of 2019.

Their riotous energy had us hooked from the prelude. If you could imagine an aural mash-up of Generation Terrorists-era Manic Street Preachers, Velvet Revolver, the Strokes, Babyshambles, you may be able to get an idea of what Liberté offers.

Guitarist Callum Bell deserves a monolithic ego for their ability to carve out such striking riffs and keep the momentum throbbing right the way through Liberté. While vocalist and synth player James Miller found the perfect balance between swagger and charisma through their high-octane performance.

We’ll definitely be keeping our ear to the ground to find out what comes next from the Decrees.

You can check Liberté out for yourselves by heading over to SoundCloud now.

Keep up to date with the latest releases from The Decrees via Facebook.

“Dead and Gone” is just one of the jarringly evocative singles which you’ll find on the latest EP “We Remain” to be released from up and coming artist Lautz.

There’s a piercingly haunting air to each element in Dead and Gone, but it hits the hardest through the vocals. The space which lingers around the simple lines such as “She’s all that I cared for” amplifies the emotive potency to a level which you won’t be accustomed to hearing on the radio. The single doesn’t boast the smoothest polish. But raw feel to Dead and Gone actually allows you to believe that you’re listening to a soul being exposed through experimental melodies and candid lyrics.

With subtle elements of Surf Rock and Blues weaved into the Indie Rock mix you get a branch of familiarity to grasp to while the cold slightly dystopian soundscape compels you to surrender your entire consciousness.

You can check out Dead and Gone for yourselves by heading over to Spotify now.

How are you going to play pop-punk in late-2019 and not sound lame? The answer is very simple; you do it like Jasper Hill.

Jasper Hill is an up and coming band from Melbourne. Their new song is called “Selfish Valentine” and there is an apparent early-Green Day influence – a band for which, the boys won’t hide their love. The vocals on this are artfully clumsy, formulated perfectly for a song like this. The music is, of course, up-tempo, happy, cute and invites us to dance along. The leading guitar riff works fine as well, the song’s chorus is easily memorable after just one listen and absolutely adorable.

Jasper Hill’s music can’t help but remind me of the era that teen movies dominated back in the early 00s, and how they were all full with this type of music. Innocent, fragile and always ready to rock n’ roll.

I love the vibe of this song. Jasper Hill please keep doing what you do, rock music needs bands just like you.

They shot a music video for “Selfish Valentine”, watch it here

“More Than I Could Know” is a pleasing track for all my flannel-wearing people.

Eastern Exit is an indie/alternative rock four-piece act from Sunderland, UK. And you know that when it comes to inmost rock the Brits do it well. They know the drill. I mean the starting lyrics are “I tried too long to see Between new lines, between new dreams” how would one not relate a great deal to that?

“More Than I Could Know” is a mellow composition that features the kind of melancholic vocals that I guess are part of the whole genre’s charm; they are so soothing when executed right. And they are. Another protrusive thing is the guitars’ sound; they just sound like they’re tuned so right and there is a short guitar solo during the second chorus which spices it up just a bit.

I’m mesmerized by the band’s sound, apart from the structure of the song. They seem like they know what they’re doing; they have an identity and a clear artistic vision.

Listen to “More Than I Could Know” on YouTube.

“Our new record talks about the inability of self-definition in this era of innumerable information and contradictory messages” is what Deaf Radio’s new album called “Modern Panic” is about, according to them. They come from Athens, Greece and they did a music video for their song “Animals”.

Deaf Radio’s sound is where modern rock and indie rock meet. In other words, the idea is not so much about artistic innovation but more about social commentary & crude expression. I have watched them performing a couple of time during the last couple of years,  both times I found them to be decent enough with the exception of their vocals; I felt like they needed to work on that part. In “Animals” I do view the improvement that I was hoping for and I’m all for it. The guitar riffs and the drum breaks are nothing to write home about, they are nice but like we said this band doesn’t seem to be about bringing something new to the table. Sonically,  at least.

That being said, “Animals” is a pleasant song that comes with an unsettling music video that you need to watch. Hats off to the band for releasing this piece. Watch it here

‘Beautiful Monotone’ is the debut single by the UK indie-rock act lotusbliss and you have got to love both their band name and song title. Both certainly sound promising.

This is a melancholic track and is subtly driven by the guitar, while it does not lack some electronic components. The stand-out thing of ‘Beautiful Monotone’ is how the two male singers cross their singing beautifully. I mean, I’m not aware if they operate with two lead singers, but on this song, they seem like they do. The drumming is discreet & really that 3-chord slow-tempo riff it is what this composition needs. The song has a cinematic feel, you can picture a witty independent film that’s about teenagers who are madly in love, use this song on a scene that projects an emotional outburst.

This is a great start for the trio, I hope that they will release more songs of this caliber in the future.

If you don’t believe that the Indie-rock scene of the United Kingdom has died out during the late 2000’s (Franz Ferdinand, where are you at?) and that bands like Wolf Alice carry the torch, give lotusbliss a chance. Listen to them here

Fans of unadulterated Rock which isn’t shy about throwing some aural filth into your ears are going to want the breaking London-based artist Dar.Ra on their radars. Especially after the release of their most riotously feverish single yet “ROCK STEADY”.

In ROCK STEADY, cutting angular guitars feed into a tight momentum-packed instrumental arrangement which spills plenty of energy with each and every progression. And you can expect plenty of miscreant Indie Rock n Roll swagger from the vocals. Consider it to be the perfect soundtrack to your misadventures.

You can check out the official music video to ROCK STEADY which premiered on October 14th for yourselves by heading over to YouTube now.