Long Beach, CA fourpiece, Kilo Bravo, has released their scuzzy proto-punk single, Personality, which takes a cynical look at our soulless social fabric and makes a fiery yet self-aware and grounded stance against it.

With lyrics such as “I don’t know what I don’t know, but I’ve got soul” and “everyone has a white picket fence, and I’m still living with my parents, it’s hard not to be drawn in by the mindful candour. Personality truly epitomises the sense of hopelessness that is becoming endemic in Gen Z. We honestly couldn’t be more excited by the potential of Kilo Bravo.

Any fans of Teenage Fanclub, Weezer and Pavement will want to delve into Kilo Bravo’s debut album, Chew This Show.

Personality is now available to stream on Spotify.

TROUBLESHOOT lets us into his meta introspection with his latest single, ‘Inside My Head’. 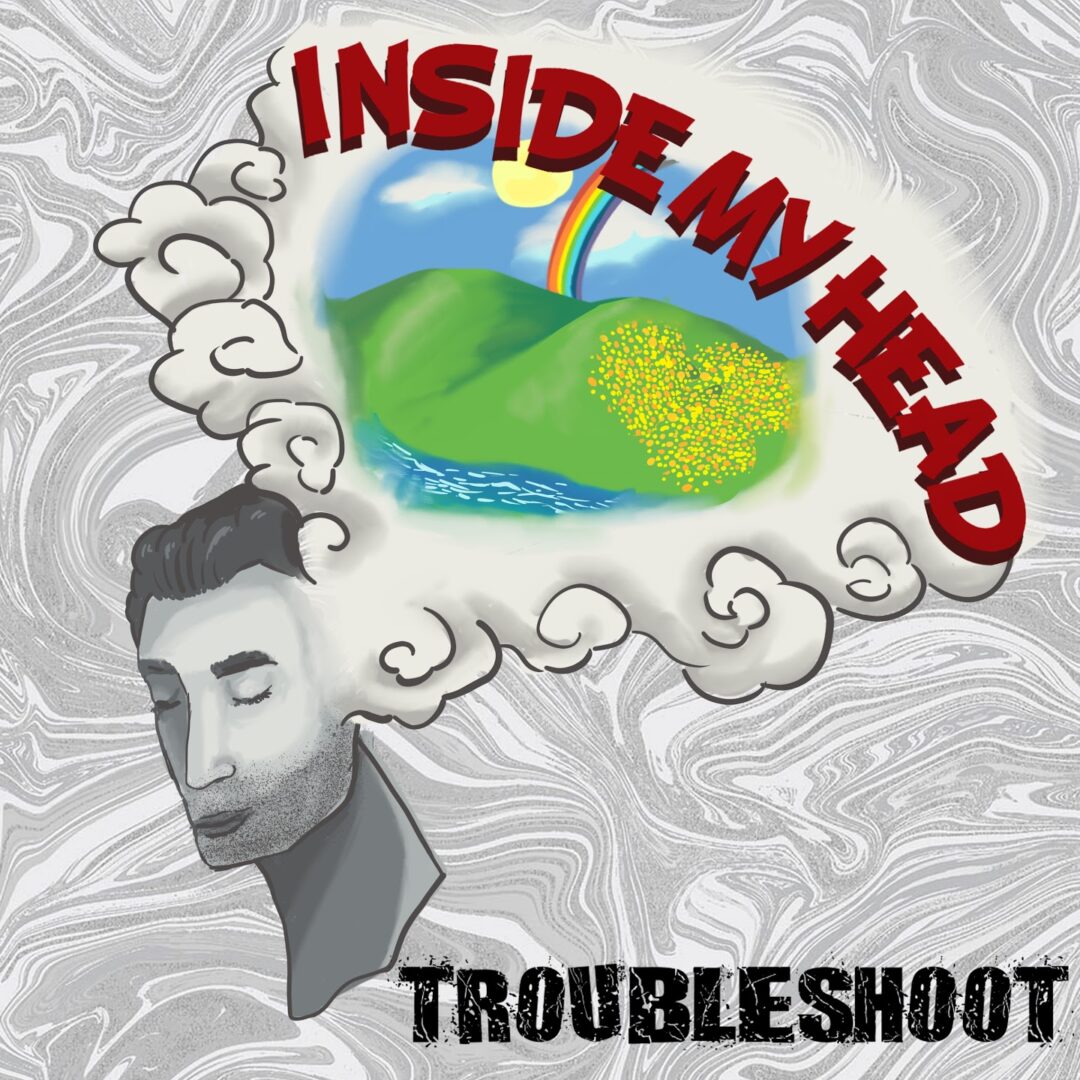 TROUBLESHOOT is set to release their visceral pop-punk anthem, Inside My Head; the York-based solo artist sells himself as the upbeat Lewis Capaldi and undersells his lyrical ingenuity in the process.

Taking influence from classic 00s pop-punk, TROUBLESHOOT allows his over-driven guitar tones to ring with apathy in the verses, when the chorus hits, you’ll get that sweet euphoric release as the track finds a clever way to remind you that you’re jealous of people whose lives are just as mundane as everyone else’s.

We are all drinking the Pepsi or Coke version of suffering, the answer? TROUBLESHOOT prescribes escaping into your head and creating metaphysic realities where the constraints of the physical world don’t carry on dragging you down.

Any fans of Jimmy Eat World, Blink 182 or All Time Low won’t want to miss out on this provokingly cathartic single.

You can check out TROUBLESHOOT via SoundCloud.

It seems like everyone’s starting to think about the end of lock-down and getting back out to seeing friends, sharing a drink, maybe going to the pub…with ‘Let’s Drink’, Angelo Amarello sings us an ode to overindulgence and perhaps having just one glass of wine too many and waking in the morning ‘with a hammer on your mind’.

It’s fun, it rocks out in a very, very well-put-together post-grunge radio-friendly kind of way – think The Calling or the Goo Goo Dolls, and maybe at times even a little single-releases-Bring Me The Horizon – with one of the catchiest choruses we’ve heard so far this year. Amerello’s voice is perfect for the track (or vice versa), laconic without being lazy and effortlessly familiar, instantly. It’s a great, perfect, summer radio rock single, and a wonderful look forward to the end of isolation.

The Kid and I’s latest Indie Garage Rock track, “White Feather”, is a tender extension of compassion orchestrated to reach out to anyone who knows how hard the grief hits while validating the struggles of anyone coming of age and attempting not to slip through the cracks.

Their exuberantly raucous Garage sound which is laden with scuzzy hooks amps up the energy while the imploringly empathetic vocals offer a grabbable olive branch of connection. I can imagine it will be a fair while befor the infectiously charismatic chorus stops reverberating around my mind, but the earworm to the epic infusion of Pop Punk, Alt Rock and indie will always be welcome.

You can check out White Feather which dropped on November 13th via SoundCloud.

As soon as the massive chorus took hold, I was flooded with the nostalgia of being a teenager and discovering Sum41, the Offspring, Green Day for the first time.

Just Like Lennon Said carries the same energy of Iconic Pop Punk artists while offering plenty of the Isle of Man-based artist’s own ingenuity which comes from mixing elements of Blues, Rock, and British Old School Punk.

Behind the sonic aural euphoria, you’ll find the intricately absorbing guitar lead work which earned Jamie Blackburn his virtuoso stripes. You didn’t think it was just hyperbole, did you?

You can check out Jamie Blackburn’s single Just Like Lennon Said for yourselves by heading over to Spotify where you’ll also catch their earlier releases.

Danger of Drowning – Heart to Break: An Infectiously Amorous Convergence of Indie Pop Rock and RnB

As soon as you hit play, it hits you that Danger of Drowning has reached a new frontier with their intriguingly distinctive yet immediately resolving sound. Whichever music genre you usually find yourself delving into to enjoy sticky sweet sentimental love songs, Heart to Break is sure to hit the amorous aural spot.

By fusing the piercing emotion of Pop Punk combined with the arrestive melodic hooks and grooves of contemporary RnB, Danger of Drowning ensured that Heart to Break will stick to your synapses like superglue. Especially if you spent a fair amount of your youth listening to Panic! at the Disco.

You can check out Danger of Drowning’s Indie earworm for yourselves by heading over to Spotify.

For their latest track, Indie trailblazers Too Soon Jokes borrowed a few stylistic influences from the 90s Alt Rock and Pop Punk and created a punchy genre-mashing Indie Rock earworm which definitely won’t overstay its welcome.

“Breathe” was released on March 6th, and the airwaves became infinitely sweeter for it. There may be some monster guitar solos in the deftly crafted track. But Breathe is all about the personable, connectable charm which spills from the accordant vocals.

Too Soon Jokes first appeared on our radars with their Christmas song “Santy Don’t Visit the Funeral Homes Little Buddy”. Naturally, we quickly found admiration for the band’s unapologetic daringness which seeps beyond their track titles and into their soundscapes.

If you’re always on the lookout for tracks which will make your heart feel full, it will be fully charged in 2:52 minutes after hitting play on Breathe.

You can check out the official video for Too Soon Jokes’ latest single by heading over to YouTube now.

Time to Kill is the latest single released by the Indie Pop Punk one-woman powerhouse No Reception. The lyrics to Time to Kill hit me like an absolute brick, I can’t say any I’ve found any lyricism in a Pop Punk hit quite so resonant in a long time. It’s clear that vocalist and multi-instrumentalist Claire Julian is speaking from a plaintive experience. There’s a slight hint of fragility contained within the lyricism, yet, within the vocals you’re treated to a serving of angsty anthemic attitude and frankly it’s glorious. No one has ever wanted to be someone’s pastime, but no one has ever expressed the fact quite so poignantly as No Reception.

You can check out No Reception’s latest single Time to Kill for yourselves by heading over to Spotify now. Make sure to give her a follow, her upcoming EP ‘See Through’ is due for a much-awaited release. After listening to Time to Kill, I can guarantee as you’ll be as impatient as me for the drop.