‘Black Fur’ is the latest single released by the Winchester, VA-based alt-indie-rock four-piece Azure Wolf. The ethereal emboldening earworm carries nuances of the alt 90s, especially in the cool and cutting guitar tones which carry reminiscence to Neil Halstead’s (Slowdive). You’ll also pick up on grunge textures in the dark layers of the driving and all-consuming release that tackles a subject rarely spoken of, let alone sung about.

Hell hath no fury like a woman scorned. That’s exactly what you’ll be reminded of as you listen to forming member, songwriter, rhythm guitarist and lead singer Victoria Backle use her powerful command of harmony to draw you into the track that was inspired by personal experience.

Her rich and warming vocal timbre is the perfect contrast to the chilling instrumental tones. If Paul Banks threw away the apathy and emanated strength in spite of suffering, Interpol would carry the same feisty atmospheric air found in Black Fur.

Black Fur is the fourth release from Azure Wolf since they made their debut in 2020 with the single, Dancing Bears. Their debut LP will arrive in the fall; before that, you can expect new singles to land regularly from this luminary artist.

‘Cold Room’ is the sophomore release from American Indie singer-songwriter and multi-instrumentalist Nick Bohle, you might want to grab a jumper before you hit play, describing the single as ‘chilling’ seems like a crass understatement.

The dark indie ballad offers so much more than the introspection alluding to loss and loneliness, you will feel those very same isolated agonised emotions crawl beneath your ribs as Cold Room cinematically cruises through its progressions.

Nick Bohle’s experience as an acclaimed actor discernibly bled into the soundscape which unravels as theatrical aural storm, yet with the sleek and atmospheric production, even when Cold Room hits its most tremulous peak it remains mellifluous and simply mesmeric.

You can check out Cold Room for yourselves via Spotify.

There’s no better introduction to the Psychedelically-inclined Dark Punk duo, West Wickhams’ sound than the horror noir single ‘Where the Creatures Rule’.

The entrancingly dark single will undoubtedly enthral any fans of Bauhaus, while the accompanying music video pays ode to one of the greatest horror films ever made, Romero’s ‘Night of the Living Dead’, obviously.

I can’t help but feel that Where the Creatures Rule has very ‘2020’ connotations. As the artistically inclined creatively document the movements of the masses, the populous prove that Romero’s anxiety about unrest and wariness in the 60s was spot on.

You can check out the official video to Where the Creatures Rule via YouTube.

”This song touches on the tragedies happening in the world right now and how all we really want in the end is Freedom. Freedom from racism, sexism, judgement, war, violence. This song is to make people think about the world that we live in, the choices we make and fighting for what is right.”-Myla Valentina

Life can be cruel but luckily we have incredible music to heal. Sung with bravery and produced with love by UK artist Myla, this is her latest offering called ”Freedom”. With meaningful guitar rifts to complement the song, this is a powerful track inside 2020’s carnage. Myla sings with such heart with her dark indie-pop style on such a terrifying topic that clouds our minds. I feel like the production matches Myla’s ambitions perfectly.

We have so many questions and some can’t be answered right now. This is a song that asks a lot of them and with this powerful message, I feel that London’s Myla has reached a new plateau in her career. This is scrumptious music with an edge. We are all seeking freedom and will proceed with caution.

To find out more about this young singer head through to her Instagram.

Cafe Ena is determined to love again with ”Make Room”

Getting into that mental space to love again can be a very difficult and traumatic time. Feeling love is a rejuvenating experience and one that we all need to have. On the other hand, you have been let down before so are understandably nervous to take that plunge again.

Austrian born singer-songwriter Cafe Ena has just released a dark indie blue song called ”Make Room” and takes us through her journey to her current place, so that she can find her deserved peace and happiness.

Verena Bachinger aka Cafe Ena, is currently based in stunning Lisbon in Portugal. She has traveled around the world and has incredible stories to tell us all. Her new EP, the aptly named, “Locked Spaces“, is set for release so it’s been a productive time in quarantine for the tremendously talented singer-songwriter.

”Make Room” is a self reflective & haunting memory from the fantastically honest Cafe Ena. She draws us into her bleak picture with dark and moody melodies, never letting us go. She is striving to love again and breakout of her locked up room and heart, flirting with the idea and we wonder if she succeeds or not.

Stream this excellent song on SoundCloud. 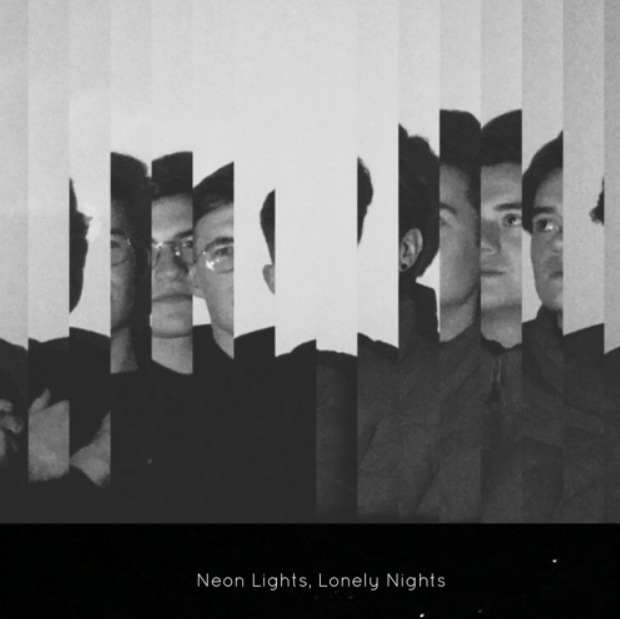 The experimental mix even finds room to lay down sonically caustic blasting synth notes into the soundscape which offered nothing but accessible accordance up until the track neared the outro.

Despite the palpable authentic creativity which went into the single, there are familiar hooks to ensure that it’s not just an easy track to slip into, it’s a track which wholly consumes your consciousness as you listen to the sheer emotion which doesn’t just come from the absorbingly soft vocals. The pensive yet soft instrumental melodies also possess the ability to crawl under your ribs.

Any fans of the National, Editors, Frightened Rabbit and Idlewild will undoubtedly want to check out WEIGHT for themselves.

WEIGHT is just one of the singles which features on Blondmodel’s 2020 EP “Neon Lights, Lonely Nights” which was released on March 27th. You can check it out by heading over to SoundCloud or Spotify.

All the Machines Release their Anthemically Dark Indie Self-Titled Single

There aren’t many Indie artists who have the ability to successfully weave together a track with anthemic energy and darkly poignant lyricism. Yet, London-based breaking talent All the Machines managed to do so with stylistic ease with their self-titled single which dropped in February 2019.

It’s so much more than your archetypal Indie track which you would hear drop on a sticky student dancefloor following Kings of Leon and Arctic Monkeys, so much more.

If you could imagine the angst of the Manic Street Preachers’ Holy Bible album weaved into a more concordant soundscape, you’d get a good idea of how viscerally arrestive the guitar-driven track is. Combining the light and textured tonality of the acoustic guitar with the buzz saw riffs of the electric was nothing short of a genius move from All the Machines. There’s also plenty of use of atmospheric spatial effects – which you may be more accustomed to hearing from Bauhaus or the Cure.

All the Machines may be one of the most exciting up and coming Indie acts on the underground right now; get them on your radar whilst you can still witness them in intimate venues.

You can check out the latest track from All the Machines by heading over to SoundCloud now.